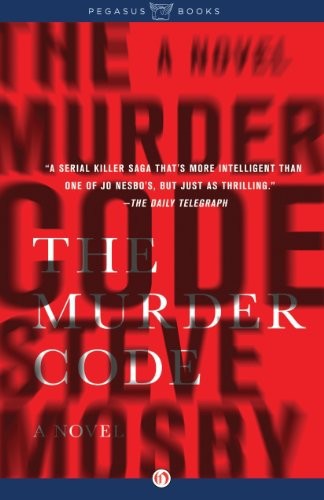 For Lynn and Zack

The little boy in front of him does not reply. He just stares down at his hands as he fidgets with them, thumbs flicking against one another.

He is eight years old but, seated alone in the middle of the large red settee, looks much younger.

They all do in here, the children. This is the comfort suite: a large room designed to look more like a lounge than a formal interview room. There are boxes of stuffed toys against one wall, and tattered paper comics in a pile on the table. The boy has shown no interest in any of them.

He is dressed in faded blue pyjamas, and his limbs are thin as sticks. His hair hasn’t been cut in a long time: an embarrassing pauper’s fringe and upward curls at the back where it rests on his shoulders. From what the constable can see of his face, it is entirely blank, as though the events of the night have sapped the emotion from him. His silence, his impassivity, they hang in the air like bruises.

He has been through a lot, this boy.

‘Can you tell us what happened?’

He glances at the child protection officer, who is the only other person in the room. She is prim and efficient, dressed in a neat grey suit; her hair is tied back in a bun and she wears glasses. She cannot help him.

The boy speaks suddenly, without looking up.

‘Your brother? He’s here too.’

The boy doesn’t look up, but the policeman can see the grimace. The paternal part of him wants to help, but there is no way he can let him see his brother. The other boy—older by two years—is in a room downstairs. They have already spoken to him, and they will have to speak to him a lot more over the coming days.

‘We need you to tell us your version of what happened,’ he says. But that sounds overly official—too formal for this child in front of him—and he remembers what the child protection officer told him before they began the interview. He says, ‘You can tell it as a story if you want. Tell us it as though it’s not really happening.’

The boy’s shoulders slump a little. He is malnourished, the policeman realises. Uncared for. But then he has seen the state of the house the boy came from, and he knows that whatever the boy has experienced did not really begin tonight. It must have started a long time ago.

After a long moment—gathering himself—the boy finally looks up and meets the policeman’s eye.

And … there is something there, isn’t there?

His expression isn’t entirely blank at all. For a brief moment, the policeman imagines he is looking at someone or something a little bit older.

And as the boy starts to speak—

‘It was late. After midnight, I think.’

—he can’t entirely shake the sentiment. As the boy begins to tell the story of what happened, the policeman touches the cross that hangs around his neck and reminds himself that this little boy has seen so much horror tonight.

And yet the doubt persists.

This boy has been through so much.

I
T STARTED IN THE
grids.

That’s what we call the spread of interlocking estates on the northern bank of the Kell, the river that curls through the heart of our city, and the closest we have to a ghetto. The roads here criss-cross each other at right angles, and all of them are lined with identical concrete blocks of flats. At ground level, most are tagged with eastern European graffiti; up above, balconies trail patchwork washing in the breeze like strange flags. Each six-storey block has a small lawn surrounding it, but these token nods to greenery can’t hide the blocky anonymity of the buildings behind.

From above, flying into the city by plane, it looks as though someone has laid out odd stone hieroglyphs in endless rows and columns—or perhaps as though the river is pulling back its top lip: baring strange grey teeth at the sky.

I had the sat nav on and the pulsing blue arrow told me I was nearly there, but it would have been obvious enough anyway. If not from the police cordon strung across the road up ahead, then from the woman’s screams. I could hear those from the end of the road.

It was half past ten on a Friday morning: a warm day, so I had the car window rolled down and my arm resting casually on the sill, sleeves rolled up, the sun gentle and pleasant on my forearm.

Beyond the cordon, I could see three meat vans and four police cars parked up, the blue light on top of the nearest winking meekly in the sunlight. Grunt-pool uniforms were stationed on both sides of the road, keeping rubbernecking residents from nearby blocks separated and stopping whatever stories they might have to tell us from becoming confused or exaggerated.

I pulled up by the cordon.

The car door echoed as I slammed it. The screams pierced the neighbourhood: an awful noise, drifting down from two floors above. It was the sound of a broken soul: the victim’s mother, I presumed. In the warm, butter-coloured sunlight, the cries seemed even more incongruous. It’s stupid, but there’s always something a little more shocking when bad things happen in the daytime rather than at night.

‘Detective Hicks.’ I showed my badge to the officer manning the cordon at this end of the street; he nodded once and lifted it for me. I said, ‘You doing all right?’

‘Yes, sir. Detective Fellowes is over there.’

Detective Fellowes—Laura, my partner—was standing outside Block 8 up ahead. She was talking to a handful of the pool officers and pointing here and there, directing them to the hundred different tasks that attend a murder scene.

Under normal circumstances, we’d have arrived on site together, but I’d had the morning off for Rachel’s appointment with the midwife. Laura had paged me while we were in the suite upstairs, nearly done: Rachel had been manoeuvring herself awkwardly off the bed while wiping the ultrasound gel off her stomach with bunched tissue paper, and that was when I’d felt the vibration against my hip.

I’d known immediately it had to be something serious for Laura to bother me off-time. But then I was predisposed to feel that way at the moment, especially in those circumstances. Any pregnancy-related activity tended to generate a frisson of dread. Whenever I thought about the baby, the world immediately became fragile and vulnerable, and it felt very much as though something could go wrong at any time. It seemed pretty reasonable to think that bad things might happen in a pregnancy, and not so much weirder to extrapolate that out to the world in general.

I reached Laura just as the other officers moved away to perform whatever tasks had been allocated to them.

Laura was dressed in a dark trouser suit, her light brown hair cut to shoulder length. She ran a hand through it now, harried and stressed on the surface, but the hair fell neatly back in place. It took her a certain amount of time every morning to arrange it in such a way that the inevitable grabbing and clenching wouldn’t do the amount of damage you’d usually expect.

We had the same colour hair, and the same speckling of freckles across our nose and cheeks, and since we were both in our mid thirties but looked younger, people often mistook us for brother and sister. That annoyed her a great deal. She knew me too well.

‘Sorry to call you out today.’

‘No worries. Good excuse to get away.’

That earned me a disapproving look. In the eight months of Rachel’s pregnancy, Laura had spent an inordinate amount of time trying to convince me that my becoming a father would be a good thing for anyone. She’d never succeeded, but I’d learned to placate her.

I nodded up at the building, from which the woman’s screams were still drifting down. ‘I take it there’s a doctor with her?’

‘Yes. Shit, yes. I hope the meds are going to kick in soon. It’s doing everyone’s head in. Plus she’s very elderly and very distressed. It’s understandable, I guess, finding her daughter like that.’

‘Could end up with two for the price of one,’ I said.

Another disapproving look. ‘This is a bad one, Hicks.’

Sometimes Laura was at least tolerant of my flippancy, if never quite a willing participant, but today was clearly not one of those times.

She pointed down the road to the front of the block. A hedge ran along the pavement, dividing it off from a small lawn and the block of flats beyond. The SOCOs had erected their white tent between the hedge and the building.

‘No formal ID as yet. The mother—Carla Gibson—she recognised the clothes her daughter was wearing, but beyond that it’s a little difficult to say.’

‘Uh-huh. They share the flat on the third floor. Just the two of them. Carla tends to go to bed early, get up early. Wakes with the birds—four every morning. So she notices her daughter hasn’t come home, looks out from the patio up there, more by chance than anything else, and sees the body.’

I glanced up at the third floor, to the concrete balcony where the screaming was now falling silent. It was pretty rough: the balcony would have offered Carla Gibson a clear view down to where her daughter had been lying—was still lying, in fact.

Had the body been left there deliberately?

‘Where had she been?’

Laura led me down the street, talking it through as she went.

‘Vicki Gibson worked two jobs, as and when she could. Last night she was doing a shift at Butler’s launderette. It’s a few blocks over yonder.’ She gestured vaguely behind us. ‘The shift finished at two in the morning, so she was killed sometime between two and four, probably closer to two.’

‘You’re joking, right? But there was another girl on shift, and she says Gibson did the full rota. She might be lying, but it fits. Gibson couldn’t afford a car—she walked home every night. And it looks like the attacker got her here.’

We stopped on the pavement, level with the tent. The hedge was about five feet tall, and there was a clear break in it where the foliage had been damaged.

I said, ‘So he grabs her here on the pavement, and forces her through. Or else he’s waiting behind the hedge and pulls her.’

‘Either. Too early to tell.’

Laura emphasised the latter, knowing I was a little too fond of jumping to conclusions—relying on statistics and probabilities and forming judgements on the basis of them. She considered it one of my greater failings, but we both knew it wasn’t much of one really, considering I generally ended up being right.

And I couldn’t help myself. As we walked down the street to the main footpath, I was thinking it over: putting together what I already knew; preparing a few ideas subconsciously.