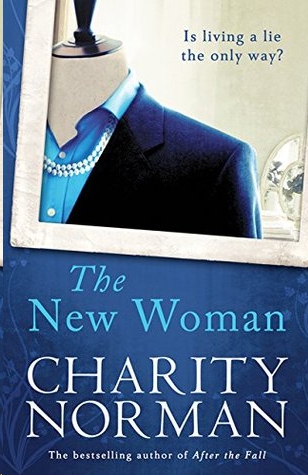 (Published as
Second Chances
in Australia)

First published in Great Britain in 2015 by Allen & Unwin

First published in Australia in 2015 by Allen & Unwin

(under the title
The Secret Life of Luke Livingstone
)

The moral right of Charity Norman to be identified as the author of this work has been asserted by her in accordance with the Copyright, Designs and Patents Act of 1988.

All rights reserved. No part of this book may be reproduced or transmitted in any form or by any means, electronic or mechanical, including photocopying, recording or by any information storage and retrieval system, without prior permission in writing from the publisher.

Every effort has been made to trace or contact all copyright holders. The publishers will be pleased to make good any omissions or rectify any mistakes brought to their attention at the earliest opportunity.

For Petra King, with my thanks and admiration.

What are little boys made of?

That’s what little boys are made of.

What are little girls made of?

Sugar and spice, and all things nice.

That’s what little girls are made of.

Let me tell you a story. Please hear me out, because it will not be easy for me to tell, nor for you to understand. What happened was the last—the absolute last—thing I expected. I never saw it coming until it smashed into my life. I need you to see why I did as I did. I need you to walk in my shoes.

There was once a girl called Eilish French. She was a noisy child, with a bird’s nest of hair and socks around her ankles. Her parents divorced bloodily and expensively when she was very small. Though they loathed one another by the time their private war was over, both of them doted on their only child. I’m afraid she was rather spoiled. In those days she wanted to be an air hostess. Then she thought perhaps she would be a pilot, or a brain surgeon, or a film star, or possibly a nun. Each dream gave way to another, and each was abandoned. In the end, she landed a job in marketing at much the same time as Margaret Thatcher arrived in Downing Street.

Eilish attacked her career with a ruthlessness that shamed her later when she thought back on it. A trade magazine described her as a rising star. Her long-term boyfriend, who was a stockbroker, said rising stars had no time for him and found someone who did. Her mother berated her for her carelessness in losing
a very eligible man, but Eilish wasn’t sorry to see him go. She could not shake off the feeling that she was in limbo, waiting for something.

And then she met a young solicitor called Luke Livingstone, and knew that the waiting was over. Everyone at the wedding agreed that they were a golden couple, sure to live Happily Ever After; and so it seemed to be. As the decades passed they became parents and even grandparents. Life wasn’t all plain sailing, but there was enough love and laughter to carry it along. After all, what marriage is ever without its rough weather? Luke succeeded in his own career, and she forged a new one. It brought her far less income—but far greater satisfaction—than marketing ever had. They lived in a picture-book house. Their pond was a haven for wild ducks; their kitchen a haven for lame ones, who found warmth around its table. At weekends the place rang with the sounds of friendship and conversation.

Girl meets boy. They fall in love, and they marry. That should have been the end of the story.

For thirty years they shared one another’s lives.

I thought I knew that man. I thought I had been shown into every corner of his mind, that he’d shared every fear, every hidden longing. I thought he kept no secrets from me.

Turns out I never knew him at all.

This is his story. And mine.

She answered on the fifth ring, breathy because she’d rushed in from her mowing. I imagined her in gardening clothes: those faded jeans that still fitted as though she were twenty years old, and one of my old shirts, her auburn hair tied up in a silk scarf. My beautiful wife.

‘On the train now. I’m finished in Norwich,’ I said.

‘Wonderful!’ She sounded happy. It made my heart ache. ‘So you’ll be home for supper?’

I had my story planned. ‘Look, I’ve got too many emails marked urgent
.
I think I’d better stay at the flat tonight, go into Bannermans tomorrow and tackle the backlog.’

‘You all right?’ she asked.

‘Not really.’ I rallied myself. ‘So, school term has ended! How was your—’

A blast of sound rocked the carriage as we shot into a tunnel. The mobile connection was broken. I’d lost her. I would call again later, and find some way to say goodbye.

The train was half empty. Diagonally across from me, sharing my table, an elderly woman frowned at a crossword. And, of
course, there was the man in the window. He filled my peripheral vision, floating just beyond the inky glass. I knew he was watching me: middle-aged, middle everything in striped shirtsleeves and a tie; dark hair, now a little grey, sweeping above his ears. Neat features. Good looking, according to Eilish and Kate, though to me he’d always been grotesque. When I turned my head, my eyes met the cavernous ones in the black mirror. We stared at one another in mutual dislike.
Not long now
, I thought with triumph.
I’ll be rid of you forever
. Then the tunnel ended, and the grey ghost faded into a grey sky.

There were things to be done. Final things. I dug in my briefcase for writing paper and fountain pen. Neither my mind nor my eyes wanted to focus, but I made myself concentrate. I owed my family that. I had one last letter to finish. It was to my Kate: twenty-two years old, pierced in nose and navel; the most precious young woman in the universe.

I hope you find as much love and happiness in your life as I have with your mother. You have been my joy. Do not change, darling daughter. Do not underestimate your gifts. You have the power to make the world a better place.

I’d crossed out two versions and begun a third when the train checked, slowed, and halted. Silence. The scratching of my pen seemed much too loud, so I put it down. Across the aisle a young fellow in a suit kept rattling his packet of crisps. It’s a sound that annoys Kate intensely; if she’d been in my seat she might have leaned over and snatched them out of his hand. The woman across from me seemed to feel the same, because she clicked her tongue at every crackle or crunch.

Minutes passed. The temperature rose. The crisp packet rattled. At last the guard’s voice thundered over the intercom: it was a signals failure, apparently. He would like to apologise on behalf of Anglian Trains.

‘Doesn’t sound very apologetic,’ remarked the woman. Her hair was absolutely white. A jacket and beret—in matching crimson velvet—lay on the seat beside her. We shook our heads,
and I said, ‘Good old British Rail, come back, all is forgiven.’ Similar sentiments were murmured all around the carriage as strangers united in their irritation. I loosened my tie and said I was going to get a drink from the buffet, and would she like anything?

She thanked me in the over-loud voice of the chronically deaf, reaching into her handbag. ‘What a very civilised idea. Gin and tonic, please.’

By the time I returned, crisp-packet boy had donned a set of headphones and shut his eyes.

‘Are you being met?’ I asked my table-mate, as we poured our drinks. ‘You’re welcome to use my phone, if you need to contact anybody.’

‘No, no. I shall hail a taxi.’ She opened a tiny case, took out two hearing aids and slid one into each ear. They whistled as she adjusted them. ‘You don’t see those nowadays,’ she said, nodding approvingly at my gold pen. ‘Proper fountain pens. Proper ink.’

I smiled at the pen. ‘This was a present from my children. It’s an old friend. They had my name engraved on it, see?’

I pictured Kate and Simon—young then, perhaps twelve and eighteen. They’d wrapped up my birthday present and tied a blue ribbon around the parcel. I still kept the ribbon in a drawer of my desk.

The Bluest Eye by Toni Morrison
Toad Away by Morris Gleitzman
Kiss Me Goodbye: (Prequel to Asher) (Inked Brotherhood) by Jo Raven
Letters to a Lady by Joan Smith
Ultra-Erotic Story:Driver For Hire by Ginger Starr
The Bursar's Wife by E.G. Rodford
Fragrant Harbour by John Lanchester
Do They Wear High Heels in Heaven? by Erica Orloff
B00CZBQ63C EBOK by Barnett, Karen
The Passenger by F. R. Tallis
Our partner