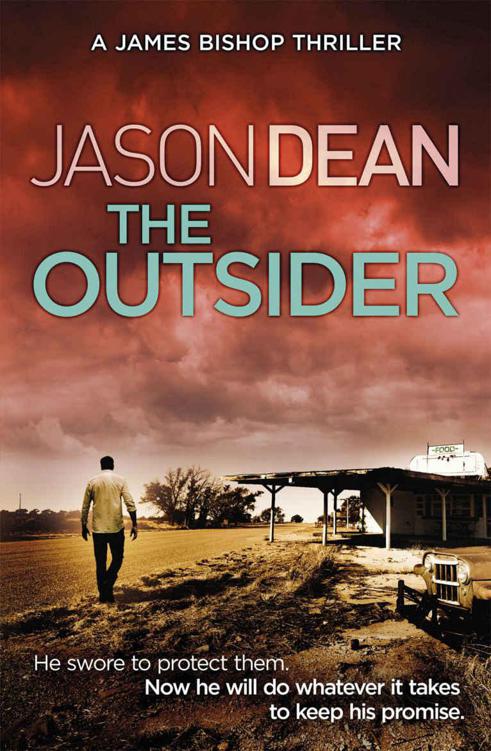 The right of Jason Dean to be identified as the Author of the Work has been asserted by him in accordance with the Copyright, Designs and Patents Act 1988.

First published as an Ebook by Headline Publishing Group in 2015

Keep reading for an extract from
The Hardest Part

Jason Dean was born in South London in 1966. He spent many years as a graphic designer before turning his talent to writing and deciding to write the kind of American thrillers he`d always loved to read. He lives in Thailand with his wife.

‘
The Wrong Man
is a fantastic debut novel … An adrenaline fuelled thriller … Prison Break meets The Fugitive with Mission Impossible, in book form!’

‘
The Wrong Man
is a roller coaster of a ride with a superhero at the helm. Doesn’t miss a beat’

John Strickland’s life is in tatters. An integral part of a high-profile, federal murder case, Strickland and his son are deep in witness protection following a hit in which his wife died. With seven days to go until he testifies, all he needs to do is survive.

US Marshal Angela Delaney is in charge of Strickland’s new protection team. Convinced there will be another attempt on his life, and fearing an inside leak, Delaney knows she needs outside help and there’s only one person she wants.

Former Marine James Bishop has worked close protection and is intimately acquainted with Delaney. He never expected to see her again but when she re-appears, and he meets Strickland and his son, Bishop knows he has to help protect them.

Can this outsider make the difference or are all their lives about to get a whole lot tougher?

By Jason Dean and available from Headline

To my brother, Stuart

James Bishop spotted movement on the other side of the street and pressed his eye to the scope for a better look. But it was just one of the male tenants at number forty-five, locking the front door behind him as he left for the day. Bishop already knew that particular townhouse had been converted into separate apartments, and that all of them were currently rented out. But he wasn’t interested in that house. He was interested in the neighbours at number forty-seven.

It was 11.43 on a cold Friday morning in early November, and he was sitting by the window of a dingy, stale-smelling studio apartment on Stenlake Drive in Bethesda, Maryland, about ten miles north-west of Washington DC. The apartment had little in the way of furnishings. Three empty wooden crates set against one wall. Another one by the window that he was using as a seat. The tripod-mounted Zeiss spotting scope. A knapsack on the floor containing his lunch, a flask of coffee and a few other essentials. That was about it.

But what the place lacked in amenities and creature comforts, it more than made up for in location. Stenlake Drive was a fairly upmarket street made up of quite expensive townhouses, and the one Bishop was here to observe was directly opposite this apartment. The house was owned by the manager of a popular sports bar in town, and he lived there with his girlfriend, a woman named Amelia Parrish.

Currently, Bishop was waiting for Amelia to show herself.

The reason he was there at all was because he occasionally did contract work for Equal Aid, a small non-profit set-up that specialized in supplying financial aid to victims of domestic violence. A week ago his contact there, Ed Giordano, had called him and said there was a woman at the small offices in Brooklyn who might need more than financial help, and was he free?

Since it had been over a month since he’d said yes to a job, Bishop said he was and made his way over from his place on Staten Island to the offices to meet Amelia Parrish face to face.

She was in her late thirties and would have been attractive if not for the excessive amount of make-up she was wearing. Bishop could guess the reason for it. The story was familiar. After years of physical and mental abuse Amelia wanted to escape and start afresh someplace else while she was still young, and since the boyfriend didn’t allow her to leave the house alone she’d taken a real risk driving from Maryland to Brooklyn. Naturally, she was afraid to go to the cops for fear of what he would to do her once he was back on the streets. And Bishop knew he would be. Guys like that always managed to get out somehow.

And next time she’d end up in hospital. Or worse.

So he was currently checking her story out. As a first step Bishop always undertook close surveillance of the client’s home circumstances himself. He’d learned the value of on-the-spot reconnaissance from his time back in the Corps, where accurate intel could mean the difference between life and death. Even more so when he’d entered the close protection business a couple of years after his discharge.

Old habits died hard. Especially the ones that worked.

In Amelia’s case, before he could set events in motion he needed to be absolutely sure everything she’d told him was on the level. So far it looked like it was. The boyfriend had left for the bar at 07.15 that morning and had returned again at 11.37.

It was 11.48 when Bishop saw him emerge from the front door with Amelia close behind. Bishop lowered his eye to the scope and adjusted the magnification. Amelia was wearing smart, casual clothes that emphasized her trim figure. Looked like the guy was treating her to lunch somewhere, just like a regular boyfriend. Except Amelia was wearing sunglasses on an overcast day, while a scarf partially obscured her face. She waited and looked around the street as the guy locked the door behind them.

Crushed by Dawn Rae Miller
Sweetgirl by Travis Mulhauser
No Home for the Holidays by Lillian Duncan
Blood Lust: A Supernatural Horror by Gurley, JE
Feast of Chaos (Four Feasts Till Darkness Book 3) by Christian A. Brown
One Tiny Miracle... by Carol Marinelli
Just Desserts by Barbara Bretton
For You I Do by Angie Daniels
The Lost Wife by Maggie Cox
Acts of faith by Philip Caputo
Our partner