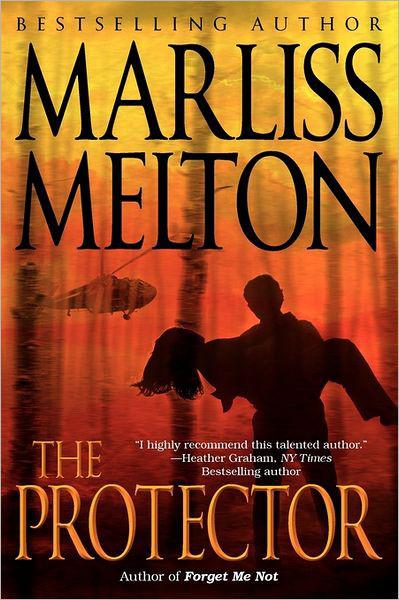 This book is a work of fiction. Names, characters, places, and incidents are products of the author’s imagination or are used fictitiously.

No part of this book may be reproduced in any form or by any electronic or mechanical means, including information storage and retrieval systems, without permission in writing from the publisher, except by a reviewer who may quote brief passages in a review

This story is dedicated to all the guardians of this world. Thank you for your steadfast protection. Not only do you shelter the weak, but you keep idealists like me believing in a better tomorrow.

Eryn
McClellan, the only English-as-a-second-language teacher at Edmund Burke School, made a point of loudly latching shut her briefcase. At the sharp snap, snap, the Afghani senior who’d enrolled midway through the year glanced up from the sentences he was writing.

“Are you leaving?”
Itzak
Dharker looked overwrought at the thought of her departure.

“I’m sorry, honey, but I need to get home and walk my dog,” she said. “Besides, I’m sure your parents are wondering where you are.” She hoped that was the case, at least.

Her words met with a ducked chin and a deep scowl. Or maybe his parents didn’t care, she considered, feeling sorry for him.

Gripping his pencil tighter,
Itzak
glared down at a worksheet on subject-verb agreement. Seconds ticked by and, still, he hadn’t moved.

Eryn
gnawed on the inside of her cheek. Something in Itzak’s personal life clearly kept him from wanting to go home. She debated asking him what it was, whether to involve herself; after all, the boy was eighteen, practically an adult now.

To her relief, he popped open his binder and carefully inserted the pages he’d been working on. Urging him on,
Eryn
scooped up her purse and briefcase and crossed to the door to wait. At last,
Itzak
unfurled his lanky body from the desk, slung his backpack over one shoulder, and plodded out the door, avoiding eye contact.

Clearly he didn’t want to discuss what was bothering him, which was certainly his prerogative. Shutting and locking the door, she turned and drew back, startled to find him just inches away.

His tortured expression filled her with dismay.
“Yes,
Itzak
?”

“Can you open the library for me? I left my math book there. We will go out the back door, yes?”

She searched his desperate gaze. What was he up to, thinking he could lure her into a private alley filled with nothing but garbage dumpsters? “I’m sorry, honey, but I don’t have a key to the library,” she told him steadily.

Her words prompted a grimace. A tickle of foreboding feathered
Eryn’s
spine. She needed to handle this kid with velvet gloves, not forgetting the male-dominant culture from which he came.

He took a sudden step closer, making her pulse race. “I will keep you safe,” he growled with sudden urgency.

Okay... Her father had explained to her when she was young that the crawling sensation making her tingle all over was her
spidy-sense
, and she had better the hell listen to it. “It’s getting late,
Itzak
,” she retorted, channeling her father’s voice.

Breaking toward the stairs while pretending their conversation hadn’t happened, she dug in her purse for her cell phone and nearly plowed into
Itzak
as he darted ahead of her, pulling open the door to the stairwell.

The dim and deserted stairwell.

She should never have stayed after school so late with a male student. Flourishing her cell phone, she stepped reluctantly through the door.

“Who are you calling?” he asked, chasing her down the stairs as she hurried for the ground floor. The door thudded shut above them.

“A friend.”
She thumbed the number as fast as she could.

In the cool stairwell, she could feel Itzak’s body heat, he followed her so closely. With the phone to her ear, she heard nothing but silence. A harried glance at the display confirmed she had no reception.

“Who is this friend?” Itzak’s voice echoed off the cinderblock walls.

“Just someone,” she replied, turning at the landing.

If he suddenly grabbed her, she had two options: run or fight. In the skirt and heels she’d selected that morning, she’d be more likely to break her neck than get away.

“You have a boyfriend?”

God, if she’d known he had a crush on her, she would never have stayed alone with him. “No,” she said, practically running down the last few steps.

She was nearly free. Lunging for the exit,
Eryn
pushed it open, bursting onto a bustling street corner in downtown Washington, D.C. A brisk March chill dispelled her fears, but not entirely. Her
spidy-sense
was still creeping, and her muscles flexed with the instinct to distance herself.

“Good bye,
Itzak
,” she called, turning right toward the Van Ness Metro stop. She expected him to head the other way since he lived further down Connecticut Avenue, not far from the zoo.

Without a backward glance, she walked briskly down the sidewalk, redialing her department chair’s number and getting through this time. “Cindy, call me back,” she said, having to leave a voicemail. “I need to talk to you about a situation. It’s urgent.”

Oh, help.
Eryn
tried making eye contact with the pedestrians thronging around her, but they were too caught up in their evening commute to even notice her plight. It was up to her to put an end to this monkey business.

She abruptly halted. “Listen,
Itzak
—” To her astonishment, he seized her wrist in a grip that cut her lecture short.

“This way,” he hissed. Even with so many eyes on them, he managed to pull her toward a row of shops.

Her heels slid on the sidewalk as she resisted him. “
Itzak
, you can’t do this!” she warned, but he wasn’t even looking at her. He was staring fixedly at the black taxicab turning onto Connecticut out of the nearest intersection. He muttered what sounded like a prayer in Dari.

Eryn
, too, stared at the taxi. An ominous feeling rose up inside her as it drew alongside the curb. She realized, as Itzak’s grip tightened, that he could pull her into that taxi without a soul stopping them.

Frantic, she struggled to secure her freedom. Her briefcase tumbled to the sidewalk, but
Itzak
didn’t notice. His attention was riveted to the passenger window sliding open. In the taxi’s dark interior,
Eryn
could just make out a man of Middle Eastern origin wearing glasses. He summoned
Itzak
over on a note of authority.

“No!”
Eryn
protested, horrified to have her thoughts confirmed.

To her surprise,
Itzak
jerked her behind him, shouting back what was clearly a refusal. Suddenly his words to her earlier made sense:
I will keep you safe
.

Eryn
stole another peek at the driver. All she could see of him now was the finger that he shook at
Itzak
in dire warning. In the next instant, rubber squealed on asphalt, and the taxi drove away.

Eryn
pulled him roughly around. “
Itzak
,” she reprimanded, “what are you involved in?”

He didn’t answer, just stood there, staring after the taxi, his breath coming in shallow gasps.

“Listen, you can’t just go around abducting women here,” she added, trying to catch his eye. “It isn’t done!”

His frightened gaze swiveled abruptly toward her. “You must run away,” he whispered. “My beautiful teacher, you must run. He will not stop until he takes your head!” he added, gripping her suddenly and giving her a little shake.

Fight the Future by Chris Carter
Addicted to You by Bethany Kane
Death of a Political Plant by Ann Ripley
Seeing Red by Holley Trent
The Dead List by Jennifer L. Armentrout
Blood Awakening by Jamie Manning
Haunted Warrior by Allie Mackay
The Closer by Rhonda Nelson
Promposal by Rhonda Helms
The Innocents by Margery Sharp
Our partner