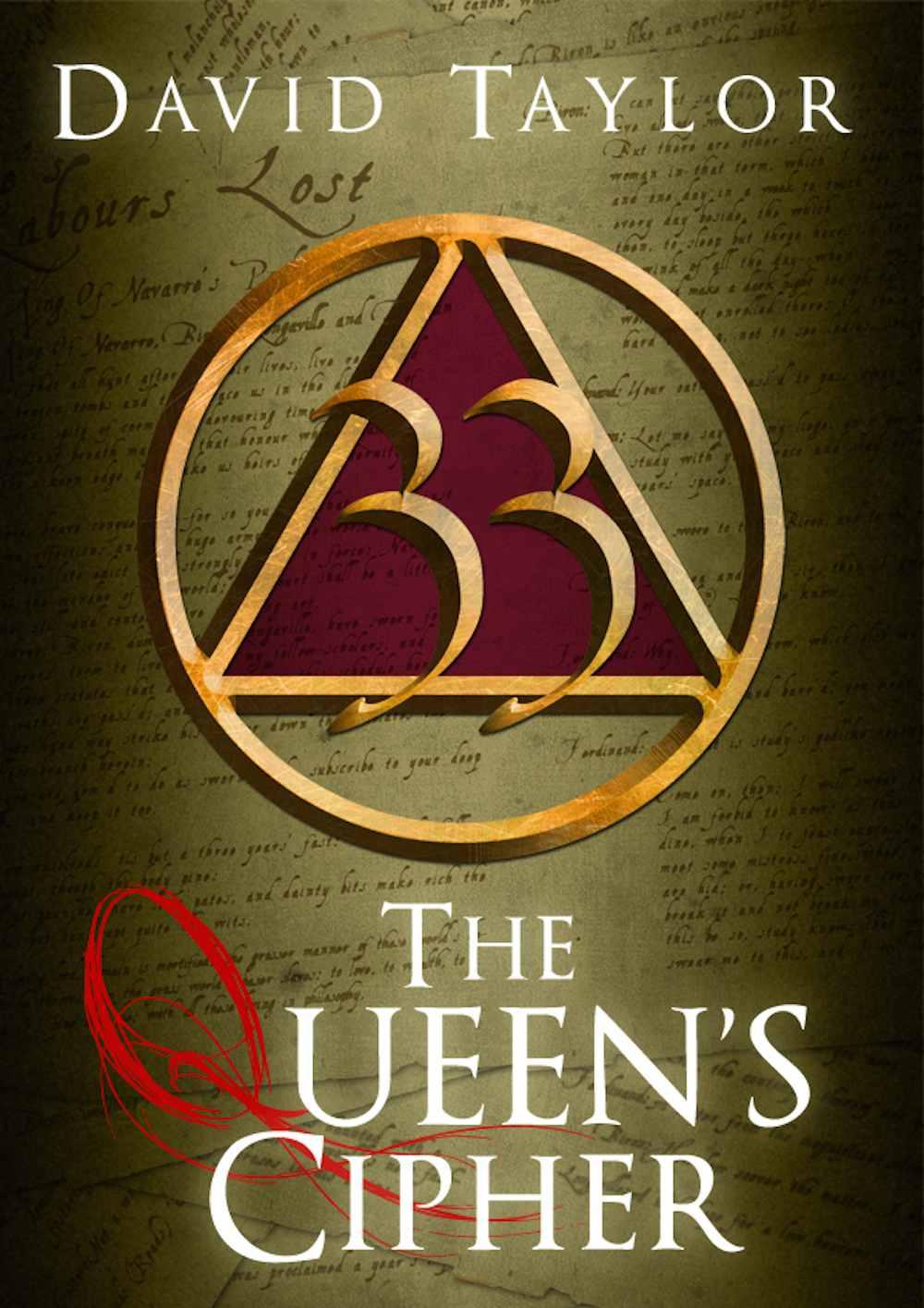 THE DEVIL AND ST DUNSTAN

THE BARD OF WINDING LANE

The Irish county town had a historic duty to hold a weekly market and an annual fair and these obligations had coincided on this hot Saturday afternoon. Spectators lined the busy high street to get a better view of the approaching carnival procession. Weighed down with parcels, perspiring shoppers placated their fractious children with ice cream cornets and cans of coke. There was an expectant, charged air rather like a theatre audience before the curtain rises.

Breaking the tension, a cheerful looking couple in waterproof jackets and hiking boots pushed their way through the crowd to enact a family photograph, standing on the road with arms linked, waving their walking poles for the benefit of their son’s digital camera.

This holiday snap would later be downloaded and become a primary exhibit in a major murder inquiry when the boy’s birthday gift was miraculously retrieved from the rubble left by the bomb blast. By then investigators knew that the pannier of a Norton Mercury motorcycle had been packed with two hundred pounds of ammonium nitrate attached to a Semtex trigger but, by then, it was too late to matter. Twenty people were dead and a further fifty badly injured.

All explosives form a shock wave that travels faster than the speed of sound with a force measured in pounds per square inch. Such is the science of explosions. For those on the receiving end, first a deafening roar, then a fireball eviscerating all in its path, followed by structural damage from the force of the concussive blast and a deadly shower of shrapnel turning a pushchair infant into a mutilated mannequin in a shattered shop window. In the main street a burst main poured gallons of water over the charred bodies lying in the debris. Policemen and teams of volunteers searched for survivors beneath the fallen masonry while an ashen-faced priest picked his way through the tangled wreckage to administer the last rites.

This bomb was not discriminatory. It left no section of Irish life untouched, executing young and old alike, Catholics as well as Protestants. All the dead were civilians: collateral damage, according to those who planted the bomb; an atrocity, according to the British newspapers. The terrorists had deliberately targeted shoppers to destroy the peace process.

Then there was the photo. A picture may be no more than a second frozen in time but this one captured a fleeting reality, a moment of truth that seared its way into the collective conscience. A freelance photographer had trained his high-speed camera on a kneeling boy, barely a teenager, who was trying to lift a heavy iron girder. As the camera clicked, the boy looked up with huge frightened eyes. His tear-stained face covered in soot and blood, his hair singed and standing on end, while next to him in the dirt was the only thing he had been able to find in the rubble, a badly twisted walking pole.

Once it was syndicated this poignant picture became irrevocably linked with Ireland, much as the naked napalmed girl had come to symbolise the Vietnam War. It was, of course, political propaganda. Proof, if proof was needed, that terrorism’s only aim was death and destruction. Yet the print carried a wider if indeterminate message about a loss of childhood, redefining all who saw it through a shared act of voyeurism, to be repeated a million times over in poster art on t-shirts, calendars and bus billboards.

But what was largely forgotten in this supercharged reaction to a human tragedy was the personal element. Every iconic photograph affects its subject, not necessarily for the better. The youth in the bomb crater was fourteen-year-old Frederick Brett and the continued circulation of the ‘Ballymena bomb boy’ image meant he could get no closure. His grief remained an open wound. It was as if the photojournalist had stolen a piece of his soul and shared it with the entire world.

Dr Freddie Brett, a lanky six foot three research fellow in Renaissance literature at Beaufort College, Oxford, fidgeted in his seat as he waited for the sixth Shakespeare International Symposium to come to order. As usual, he was short of leg room and his discomfort was made all the greater by the way he felt. There were enough butterflies in his stomach to start a farm.

The name badges in Verona’s conference hall proclaimed allegiance to Harvard and Princeton, Oxford and Cambridge, Uppsala and the Sorbonne, Beijing and Bangalore, Kyoto and Kiev. Delegates had come, in other words, from almost every centre of academic excellence where William Shakespeare was worshipped as the unassailable master of the English tongue.

Gallery electricians dimmed the overhead lighting and a hush fell on the auditorium as a silver-haired man rose to his feet and made his way to the curved marble lectern. Milton Cleaver, professor in the Comparative Humanities at Mather University, tapped the microphone, waiting for the right moment to commence proceedings. Heads began to crane, chairs to squeak. And still he waited.

He loves this, Freddie thought sourly, standing up to allow a young woman in a pale blue suit to occupy the seat next to him. He is my antithesis, an attention seeking self-publicist with one of Wikipedia’s longest resumes who is completely at ease in a popular culture that values style above content. Being in the limelight is his reward for all the books he’s written, the television programmes he has fronted and the lobbying and bureaucratic infighting he has done in conference halls and committee rooms.

The chairman’s sonorous voice boomed out, amplified by the hall’s sound system. “Ladies and gentlemen, fellow delegates,” he began. “Any text operates by virtue of latent energies released through the interaction between words on the page and the people who read them. With drama, this force is generated by performance but as Shakespeare’s plays contain the finest verse and prose ever written they are a fitting subject for our critical discourse.”

Although somewhat gaunt of feature and not tall enough to be imposing, what Milton Cleaver possessed was that almost indefinable quality, charisma. Looking coolly elegant in his impeccably tailored Brooks Brothers poplin suit and sounding massively certain about everything he said, Cleaver commanded attention. There was, perhaps, a trace of condescension in his delivery, as if he inhabited a sphere of enlightenment to which, regrettably, others could not aspire, but that went largely unnoticed. Freddie shook his head in disgust. To think that this smug, overrated scholar was already taking credit for the much hyped
Shakespeare without Question
when all he’d written was the editorial foreword. According to its advance billing, this collection of essays would demolish the Shakespeare authorship controversy once and for all. Not with Cleaver at the helm, it wouldn’t.

A rapid heartbeat fuelled Freddie's indignation. Diagnosed as clinically depressed after the loss of his parents, he had become addicted to his prescription drug. His craving for Ritalin’s methylphenidate induced hit led him to snort ever increasing doses of the stimulant, trading temporary happiness for the drug’s inevitable side effects. Stretching out his aching limbs, he could feel the blood racing through his veins. His doctor talked about a social anxiety disorder. If that was true, society was to blame. The ‘Ballymena bomb boy’ was haunted by his past. Well-meaning citizens with no knowledge of German philosophy seemed to think that tragedy was somehow ennobling, elevating the sufferer to a higher plain. Nothing could be further from the truth. Tragedy was a festering sore, an itch that couldn’t be scratched, leaving its victim angry and frustrated.

As a traumatised teenager Freddie had gone to live with his cold, austere grandmother. Gertrude reluctantly took him in, providing bed and board but little else in her remote manor on the Essex marshes. Starved of love and affection and bullied at his public school, he became an introverted, largely self-educated bookworm who filled his empty hours by reading history. He imagined himself a storyteller, reshaping the past into flowing narratives which dealt with the dynamics of social and political intention. Storytelling was the earliest form of communication and it was still the key to literacy development and scientific progress. Scientific explanations were not facts but, as Albert Einstein once remarked, 'free creations of the human mind'.

Later, at Oxford University, a Congratulatory First in English gave the lonely student the kudos and companionship he so badly needed, only to see it swept away by the Cartwright Affair, a public scandal over plagiarism which provoked such a state of anxiety in him that every raised eyebrow or vocal inflection seemed like an implied criticism.

“We live in an age of controversy,” Cleaver was saying, “and nowhere is that more true than in Shakespeare studies where conspiracy theories proliferate like leaves on the wind. In interrogating the concept of authorship these theorists adopt the same flawed reasoning as Holocaust deniers.”

Freddie did not join in the loud clapping that greeted this analogy. Nor, more significantly, did Cleaver’s co-chair who had been scowling throughout his address. Dame Julia Walker-Roberts looked as if she would rather be somewhere else.

“The notion that William Shakespeare’s authorship is a matter for conjecture and that it ought to be allowed to enter the university syllabus is about as absurd as the argument that ‘intelligent design’ should be taught alongside the science of evolution.”

Cleaver was plugging his book and everything he said was an appeal to authority: don’t question the professionals; we know best, there is no room for doubt in our discipline.

The speaker drew to a conclusion. “Ladies and gentlemen, it is entirely appropriate that our conference should be staged in this magnificent convention centre. Tonight, we will be holding our opening dinner here. ‘One feast, one house, one mutual happiness.’”

The woman in the blue suit turned to Freddie and smiled. “Thou art a sheep,” she said.

“S-s-such another proof will make me cry ‘b-baa’,” he replied, trying to control his stutter. The exchange was gnomic: familiar only to those who knew the Verona play.

There was movement on the podium as Dame Julia came to the microphone. It had fallen to her, she said, to outline the next day’s agenda. She spoke in a flat, perfunctory manner as if running through the schedule of seminars and workshops was a bit of a chore, as indeed it was. On the flight from London she had complained about being left with the parish notes. Another example, she had said dismissively, of our none-too-special relationship with the Americans.