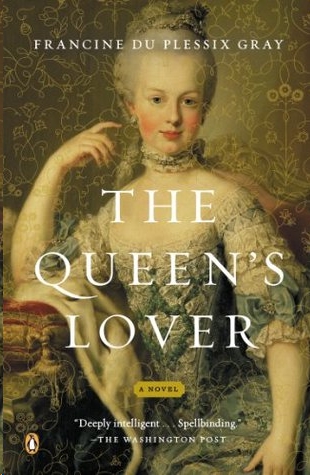 Them: A Memoir of Parents

At Home with the Marquis de Sade: A Life

Adam and Eve and the City: Selected Nonfiction

First published in 2012 by The Penguin Press,

CHAPTER 1:
Axel:
At the Paris Opera

CHAPTER 4:
Sophie:
My Brother at War

CHAPTER 6:
Axel:
The End of the World As We Knew It

CHAPTER 7:
Axel:
At the Tuileries

CHAPTER 8:
Axel:
The Flight to Varennes

M
Y
L
ATE
B
ROTHER
,
Count Axel von Fersen, was a notorious seducer, known throughout Europe as “le beau Fersen,” and in our Swedish homeland as “Långe Fersen,” “tall Fersen.” Part of his legendary handsomeness was his majestic stature and the elegance of his long, slender limbs. His auburn hair was thick and wavy; he had a high, oval forehead, a beautifully shaped mouth, and the gaze of his very large, dark brown eyes had a melancholy which women found entrancing. But it is important to note that most men as handsome as my brother have something of the coxcomb about them, a dash of presumption or arrogance. Axel’s demeanor, at the contrary, veered if anything toward too much gravity, too much diffidence. “A heart of fire in a shell of ice” was the way many of his friends described him.

My brother had an extraordinary life. He fought on the American side in the American War of Independence, serving as General de Rochambeau’s chief aide-de-camp. He was the lover of the most glamorous, controversial Queen of eighteenth-century Europe, Marie Antoinette, who inspired his greatest acts of selflessness and courage. In his later years he served as the Grand Marshal of Sweden, one of the highest positions any citizen could aspire to in our country. In part because of his diffident, somewhat secretive personality, Axel was often misunderstood. His aloofness could often endow him with a hauteur that was perceived as presumption but that served, above
all, as a way of retaining his full dignity and independence. He may have been haughty with his aristocratic peers, but was most affable to persons of lower rank. Let me add that notwithstanding his air of detachment he was of immense generosity. He provided all support, for instance, for an old aunt of ours who had been robbed by her domestic, and who would not have survived without him. He was a noted art collector, and a bon vivant of the highest order. He furnished his quarters magnificently, entertained lavishly, and hired some of the greatest chefs in Europe to run his kitchen.

A few years before his untimely demise at the age of fifty-four, my brother began to write his memoirs, and he continued to write them until the very evening before his death. Having taken on the task of editing and publishing these documents, I had scruples about including their more intimate passages, but decided to retain them in order to offer my brother’s readers a more vivid sense of his generation’s mores. I have also occasionally had to interject chapters that would have been too painful for him to compose, or that he was too modest to commit to paper himself. It is these writings—my remarkable brother’s memoirs—that I wish to share with the world.

AT THE PARIS OPERA

H
ERE’S HOW IT BEGAN
, the central passion of my life:

It all began some three decades ago, in 1774, at one of the weekly balls given at the Paris Opera during the winter months. I’d recently arrived in France from my native Sweden, Louis XV was still king, and this was the first time I was attending such an event. I stood in midroom, dazed by the radiance of the women’s diamonds, the glare of the chandeliers, the flouncing of courtiers’ plumed hats, the twinkling of minuets, the courtiers’ sibilant whisperings, the smart clicking of valets’ heels as they passed ices and wines. I, Count Axel von Fersen, brought up in the relative frugality of Sweden’s aristocracy, was then barely nineteen years old: I was dazzled, and felt a bit lost. Experiencing this Parisian assault on the senses was akin to traveling from my country’s pristine pine forests to some opulent Oriental bazaar…. Yes, that’s how Paris struck me, downright Oriental! Its lustrous affluence, its denseness, its stench.

Broken Circle by John Shirley
La caza del meteoro by Julio Verne
Summoned and Stolen (Summoned Series Romances) by Hayes, Susan
Her Secretive Protector (Her Protector Alpha Male Military Romance Book 4) by Michaela Strong
Da Silva's Mistress by Tina Duncan
Karl Bacon by An Eye for Glory: The Civil War Chronicles of a Citizen Soldier
Cry for Passion by Robin Schone
46 - How to Kill a Monster by R.L. Stine - (ebook by Undead)
Wool: A Parody by Howey, Woolston
City of Time by Eoin McNamee
Our partner