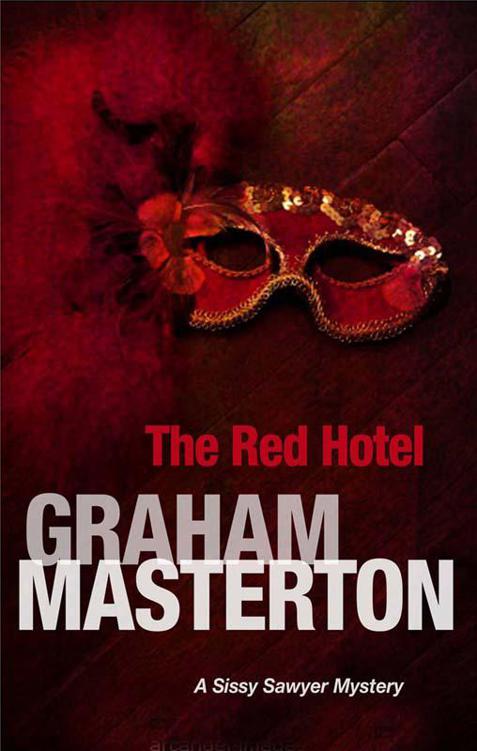 The Boy Behind the Door

The Presence of Terror

The Door to Yesterday

Back to the Wall

S
ome people say that when we depart from this world, we leave almost nothing behind apart from our possessions, and our shadows. Every time we walked between the sun and the ground beneath our feet, or between a bright indoor light and the wall behind us, we created a negative image of ourselves – not us, but an absence of us.

Some people believe that sometimes our shadows remain here, especially if we have died without fulfilling all of our ambitions or resolving all of our differences. Long after we have gone, our shadows continue to play out the petty dramas of our lives – even though we ourselves are lying deep under the ground, where we can cast no more shadows; or when we are blowing as dust and ashes in the wind.

One afternoon, less than a year ago, shadows started to flicker along the corridors of The Red Hotel, on Convention Street, in Baton Rouge, Louisiana, and both guests and staff heard bumping and high-pitched whistling and persistent grinding noises. They said that it gave them ‘the freesons’, which is what people in Baton Rouge call ‘goosebumps.’

The Boy Behind the Door

T
he rain had been dredging down all afternoon, and both Sissy and Mr Boots had sat out on the pale-green painted verandah for the past hour or so, watching it clatter through the trees and overflow from the gutters and run in rivulets down the winding pathway that led to the road. Sissy was sitting out on the verandah because she wanted to smoke and Mr Boots was sitting out on the verandah because he was wet and he stank and Sissy wouldn’t allow him into the house.

‘Some summer,’ said Sissy, but Mr Boots didn’t make a sound. He didn’t even turn around and nod, as if he were agreeing with her, which he did sometimes.

‘Excuse me, cloth ears!’ Sissy snapped at him, much louder this time. ‘I said, “One hell of a miserable summer.” What’s your opinion?’

Mr Boots made a mewling noise in the back of his throat. ‘Jesus,’ she demanded. ‘Where’d you learn that cat language? Have you been fraternizing with that mangy old tabby next door?’

She took a pack of Marlboro out of the low-slung pocket of her gray hand-knitted cardigan, but there was only one left, and that was broken in half. ‘Shit and a bit,’ she said, and heaved herself up off the swing seat to go into the house and see if she could find another pack, although she doubted that she had any left. She had been trying to cut down lately but it was just one of those wet, miserable days when the gray clouds were almost down to treetop height and it wasn’t even worth going to the market at Boardman’s Bridge because it was raining so hard and today she felt like smoking.

Sissy always said that if God hadn’t meant people to smoke he wouldn’t have allowed them to discover America.

She was opening the screen door when she heard the scrunching of a car in the driveway. She turned and saw the metallic-red Escalade owned by her step-nephew, Billy. He climbed out, turning up the collar of his black hill-climber’s jacket, and then walked around the hood and opened the passenger door. A girl in a shiny red raincoat and a matching red rain hat stepped down, and followed Billy up the steeply sloping steps that led to the verandah.

‘Hey, Aunt Sissy!’ called Billy. Mr Boots immediately barked and jumped up and started snorting and snuffling and beating his tail against the railings. Billy was a thin, pale, good-looking young man of twenty-six, with a shock of black, gelled-up hair and slightly foxy features and very blue eyes that were always wide open, as if life permanently surprised him. He was the son of Sissy’s sister’s second husband, Ralph, and so he wasn’t really related to Sissy at all, not by blood, but for some reason they had always been as close as two conspirators.

When he was a small boy, Sissy had taught Billy complicated Atlantic City card tricks and how to predict tomorrow’s weather from the behavior of garden snails – ‘but mind you don’t stand over a snail for too long . . . they may look innocent but country folk say that snails can suck the shadows out of you.’

There were plenty of snails around today, because it was so damp, and the verandah was criss-crossed by silvery trails.

Billy and the girl in the shiny red raincoat came up on to the verandah. Billy smacked the raindrops off his jacket and then gave Sissy a hug.

‘How’s it hanging?’ he asked her. He nodded toward the crowded ashtray beside the swing seat. ‘Still smoking like Mount Saint Helens, I see. Thought you said you were giving it up.’

She turned to the girl in the shiny red raincoat. The girl was blonde, clear skinned and very pretty, with high cheekbones and a little ski-jump nose and green, feline eyes.

‘So who’s this you’ve brought to see me?’ asked Sissy.

‘This is my girlfriend, Lilian. But everybody calls her T-Yon.’

Billy put his arm around her shoulders. ‘When she was little, Lilian was brought up in Lafayette, Louisiana. T-Yon is Cajun-speak for “Petite Lilian”.’

She shook hands with T-Yon and all her silver and enamel bracelets jingled like Christmas. Sissy was an unredeemed hippy. To the despair of her family, she still wore flowing kaftans and long dangly earrings and braided her hair in a steel-gray coronet. In her day, she had been very pretty, too – one of those flower children who had skipped bare-breasted at Woodstock. Nowadays, when she looked in the mirror, she could still see the ghost of that flower child dancing in her eyes.

‘Billy’s always talking about you so much,’ said T-Yon, shyly. ‘In the end I twisted his arm to bring me up here to see you, just to see if you were real.’

Sissy held up her hand, and turned it this way and that, as if to check that she really
was
real. ‘Well,’ she said, ‘I
think
I’m real. Most of the time, anyhow. Some days I have my doubts, I have to admit, and I almost believe I’m a ghost. It’s strange, isn’t it, how much your life can change from day to day? You don’t know if it’s the world around you that’s changing, or if it’s you.’

‘Come on in,’ said Sissy. ‘How about some tea? Or coffee, if you’d rather. Or Dr Pepper. Or a glass of Zinfandel?’

Billy said, ‘I’m driving, so I’ll stick to tea. So long as it’s not that tea that tastes like grass clippings.’

‘I don’t care if it contains forty-four percent smack. It still tastes like grass clippings.’

‘Well . . . if you’re not having any wine, you can drive to the Trading Post for me and bring back two hundred Marlboro.’

‘You want me to facilitate your death from lung cancer?’

‘Put it any way you like. But please go buy me some cigarettes. In any case, death is only an illusion. I can vouch for that personally. Oh, and buy me some fresh bread while you’re there, would you, and some of that Limburger cheese, and some baloney, and half a dozen cans of Artemis Holistic Dog Food for Mr Boots.’

‘You’re a slave-driver, Aunt Sissy, did you know that?’ Billy told her; but he went back out into the rain, climbed into his SUV, and drove off down the hill. Sissy meanwhile ushered T-Yon into the house, with Mr Boots tangling himself up between their legs. Sissy snapped, ‘Stay!’ and shut the door on him. ‘He smells like a goddamn sewer when he’s wet.’

It was gloomy inside the living room because the day was so overcast, and the gloom gave the room an unnatural stillness, as if it were suspended in time – a memory of a room instead of a real room. Vases of fresh-picked garden flowers stood on every side table – yellow roses and purple stocks and scarlet gladioli – and the walls were covered with a jumbled-up variety of paintings and prints and masks and odd decorations, like a calumet covered with seashells, and a 1920s bridal headdress embroidered with white lace petals. Over the fireplace the mottled mirror reflected the blood red of T-Yon’s raincoat.

Before I Wake by Robert J. Wiersema
Ever the Same by BA Tortuga
A Deadly Shade of Gold by John D. MacDonald
City of Light (City of Mystery) by Wright, Kim
Twist by Dannika Dark
The Battered Body by J. B. Stanley
The Secret Panel by Franklin W. Dixon
Mr. (Not Quite) Perfect by Jessica Hart
Forbidden Love by Natalie Hancock
A Lady's Favor by Josi S. Kilpack
Our partner