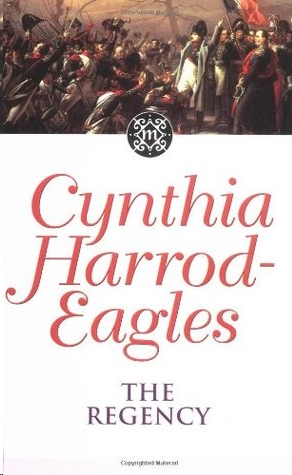 First published in Great Britain in 1990 by

Published by Futura in 1990

Reprinted by Warner Books in 1993 (twice)

This edition published by Warner Books in 1995

The right of Cynthia Harrod-Eagles to be identified as

author of this work has been asserted by her in accordance

All
persons depicted herein - save those clearly in the

public domain - are wholly fictitious and any

resemblance to actual persons, living or dead, is purely

form or by any means, without the prior

cover other than that in which it is published and

without a similar condition including this

Warner Books
A Division of

For Tony, with thanks for the support,

encouragement, home comforts, and many 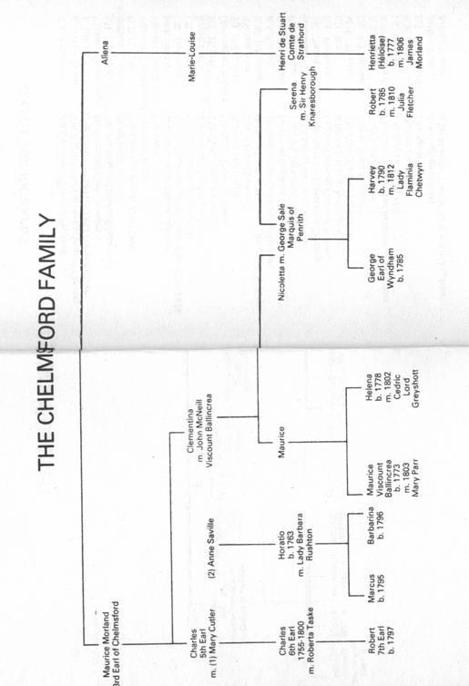 Héloïse woke, as she always did, when the housemaid came in
to light the fire. The great ancestral bed of the Morlands in
which she lay was a warm, dark cave. The red damask bed-
curtains were too heavy to allow even a glow to penetrate
them, but there was one vertical thread of white fire, like a
fissure in a volcanic mountain, where they were not quite
drawn together. Héloïse fixed her drowsy eyes on it, and
listened contentedly to the muted, domestic sounds that came
to her from beyond: the rattling rush of the bedroom
curtains, the swish of hearth-brush, the crackle of kindling,
the rustle of the housemaid's skirt as she rose from her knees,
the soft click as she closed the door behind her.

This feeling of waking content was still new to her: she had
been married only four months ago, in November 1806. It
was bliss to wake to the awareness of James beside her, his warm body still wrapped in sleep. The dark cave was filled
with the smell of him — not the
eau-de-Cologne that
Durban
patted on after shaving him, or the sweet oil he sometimes
used to discipline his fine, red-brown hair — but simply his
own smell, the scent of his skin which she loved more than
any perfume, and which was so intimately of him that to
catch it filled her instantly with a warm flush of love, half
tender, half erotic.

James woke now, feeling the altered rhythm of her body as lovers do, and turned to draw her into his arms, murmuring a
sleepy greeting. Her body folded into the contours of his with
accustomed ease, her head on his shoulder, her face against
his neck. Their breathing ebbed and flowed to the same
rhythm. Loving each other coloured every moment of their
days, but of them all, she thought, these waking moments
were the most exquisite.

At length he sighed and stirred, nuzzling for her mouth,
and turned his hip towards her so that she felt the familiar nudging of his waking desire. She moved to accommodate
him, turning her mouth up to his, and her body quivered in
response as he pushed his hands in under her nightdress and
closed them over her small, childlike breasts.

‘
Je to veux,'
she whispered, and he made a sound in reply
which was almost a groan, making her smile. Knowing each
other, loving each other, their bodies eased together with the
minimum of effort; he slid gratefully into her, and they
moved together quietly like swimmers in a warm, calm sea.
Passion and tenderness grew in an even surge, like the swell of
the tide, and they held on hard to each other, clinging together
as their movements grew stronger and faster. When the
moment came, she cried out with the intensity of wanting
him, and the sound pierced him as it always did, so that it
seemed as if his very soul were being dragged out of him and
emptied into her.

James,' she breathed. She laid her hand on the nape of his
neck, and he shuddered.

A long time later, it seemed, he raised his head to look at
her. Her skin was lightly flushed, her eyelids moist, her dark
eyes glowing, her lips curved in a smile of luminous sweetness.

‘You're beautiful,'
he
said.

Héloïse cupped his cheek. It was a gauge of his love that he,
who was truly beautiful, should think her so. ‘So arc you, my
James,' she said.

‘
I love the way you say my name. It's absurd! Why should
it affect me so much?' He kissed the end of her nose. 'What
were you thinking just then, when you smiled like that?'