Read The Road Warriors: Danger, Death, and the Rush of Wrestling Online

The Road Warriors: Danger, Death, and the Rush of Wrestling 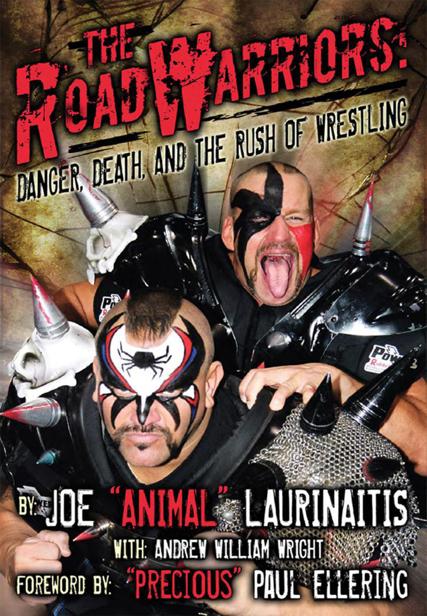 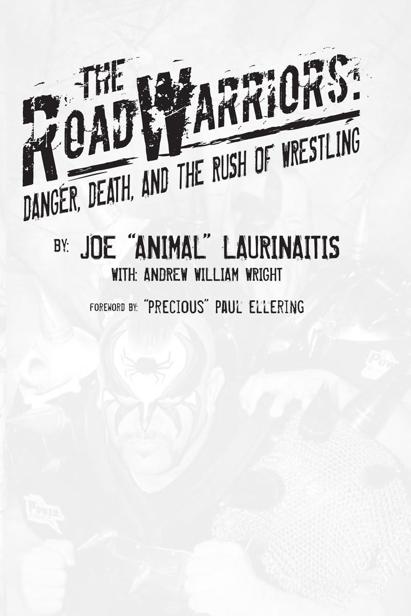 “. . . the Road Warriors are the most recognized name in the history of tag team wrestling, and more importantly, Animal and Hawk were great guys—just fantastic people.”

“The Road Warriors revolutionized the way we all looked at characters in our industry.”

“All I can do is shake my head and smile at the memory of a spiked up Joe saying, ‘Tell ’em, Hawk!’ and Mike with that crazy mad look on his face, his tongue hanging out, barking out, ‘Oh . . . what a rush!’ Both Joe and Mike were first-rate pros who were loved and respected by all who knew them.”

“Joe and Mike weren’t polluted by politics, maintained the ethics of the business when it needed it most, and their convincing style made people proud to be wrestling fans. No one could’ve done a better job.”

“The first time we saw them on TV, my brother (Stevie Ray) and I were like, ‘Whoa!’ Hawk and Animal were way bigger than anyone else we’d seen, and they were just killing everybody. And that’s what people wanted to see. . . .”

“The first time I witnessed Animal and Hawk entering the arena to take care of business, I was in awe. From their hardcore music to the welcoming roar of the crowd, I felt the immense energy build as they approached the ring, and I had no doubt that these guys earned massive expectations from their fans. And the Warriors didn’t disappoint. . . . Animal and Hawk earned legendary status with their extensive careers and have influenced wrestlers for many generations to come.”

“. . . they’ll be remembered by historians of professional wrestling as one of the all-time great tag teams.”

“Animal and Hawk are unmatched by any other team in wrestling. . . . The Road Warriors were . . . the most dominating force to ever come out.”

“. . . the Road Warriors were two tough, take-no-shit guys with the right look and just exploded onto the scene. . . .”

“The Warriors will go down forever as the greatest, most imitated, most influential tag team of all time, and you can’t just say that about anybody. . . . At the end of the day, it’s the people who decide who the best is, and they chose Hawk and Animal.”

“They came out with those spikes, that look, and that size and completely changed professional wrestling. . . . I think tag team wrestling died when Mike passed. It was the end of not just a great life but a big chapter in the wrestling history book itself as well. . . . They took on a bigger-than-life status and carried it like pros, always making sure the crowd was just as much of the match as they were, and that was the difference.” 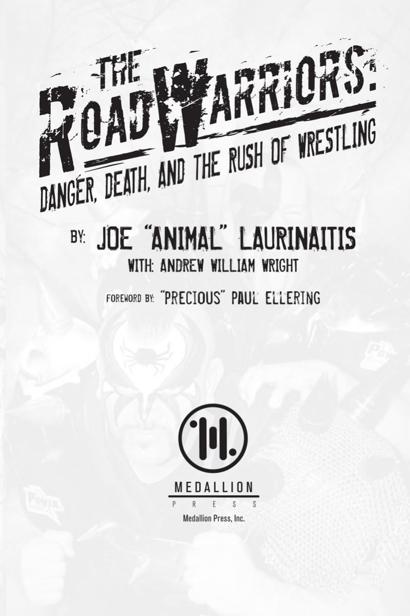 Photos courtesy of the Laurinaitis family.

The road warriors : danger, death, and the rush of wrestling / by Joe “Animal” Laurinaitis ; with Andrew William Wright.

For my wife, Julia, my kids, Joe, James, and Jessica,
and my partner, Hawk. May he rest in peace.

Foreword: Monsters of the Midway
by “Precious” Paul Ellering

2 Bouncing Around and Taking a Chance

3 Education of a Road Warrior

5 Destroy Everything That Moves

6 Unleashed on the AWA

7 The Boom of Professional Wrestling

9 Getting Hitched, Being Cloned, and Spiking Our Image

10 Snacking on Danger and Dining on Death

12 The Golden Age of Jim Crockett Promotions and the NWA

13 And It All Comes Crumbling Down

14 When One Door Closes, Smash Yourself a New One

15 The Legion of Doom Dominates the WWF

16 Hawk Soars Too Close to the Sun

17 The Resurrection of the Road Warriors

18 Our Continuing Journey into the Unknown

19 Spiritual Rebirth and the End of an Era

Afterword: The It Factor
by Andrew William Wright 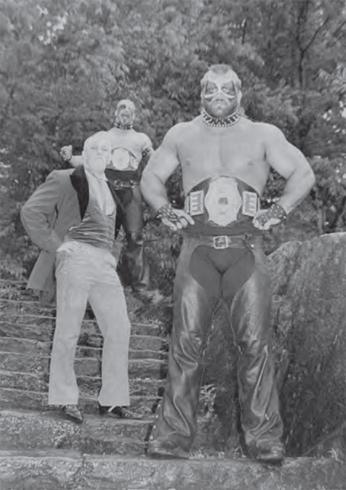 The Monsters of the Midway were ready to smash everywhere we went, even the park! Spring ’84.

Monsters of the Midway

With great pleasure, I take this opportunity to tell you about an unbelievable human being and a good friend. Animal, aka Joe, became a world-class athlete by being dedicated and tough. He was the Legion of Doom’s rock and continues to inspire and encourage all who have known him.

In the course of human events, when the fusion of time—past and present—occurs, those talented and lucky enough carry the banner of the new generation and become the face of the new paradigm.

In 1983, Animal, Hawk, and “Precious” Paul had an appointment with destiny. Cable TV was spreading across the landscape of America. Macroeconomic realities became the catalyst for the change to come in wrestling. The Road Warriors were positioned to become a pop culture phenomenon.

Wrestling requires a willing suspension of disbelief, right? Then along came the mavericks, stunning in their boldness, who altered the face of the game. Fans could not believe their own eyes. The Road Warriors personified the pursuit of pleasure from misery.

Promoters, being human, naturally balked. They tried to mold us, not understanding that conventional wrestling theory was flawed.

Chemistry bonded Animal, Hawk, and me like the three musketeers. “All for one, one for all.” We went independent and became the greatest attraction in the business. The boys were the train; I was the whistle. I became their last shooting manager as Animal and Hawk went forward with courage and confidence.

Behind the scenes, a complex web of interrelationships characterized life for the three of us in our wrestling family. We lost our brother Mike in 2003, and hardly a day goes by that I don’t think of him. Life for Mike was a circus and the Fourth of July all rolled into one. It’s why everyone liked him. Joe and I learned forgiveness being around Mike.

Thanks for the ride. I enjoyed my years being the punctuation mark at the end of the sentence.

Here’s to the greatest tag team of our time.

The greatest of
all
time.

—“Precious” Paul Ellering,
mastermind of the Legion of Doom