Read The Saga of Harlan Waugh (The Mountain Men) Online

The Saga of Harlan Waugh (The Mountain Men) 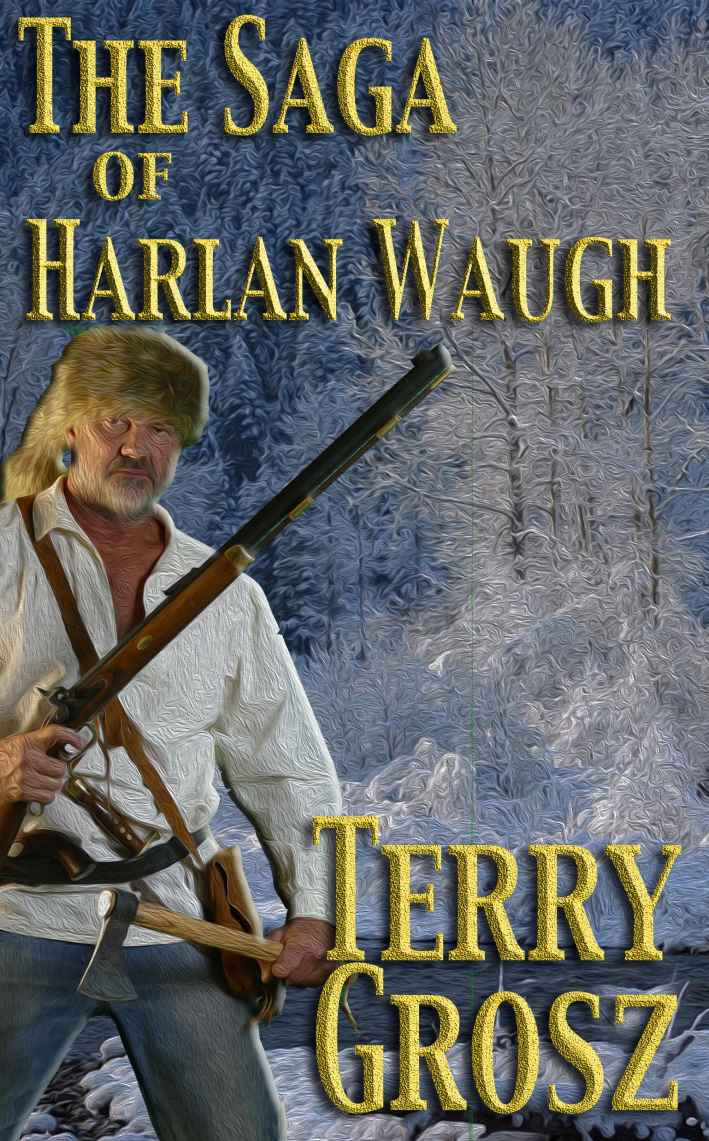 The Saga of Harlan Waugh

All rights reserved. No part of this book may be reproduced by any means without the prior written consent of the publisher, other than brief quotes for reviews. 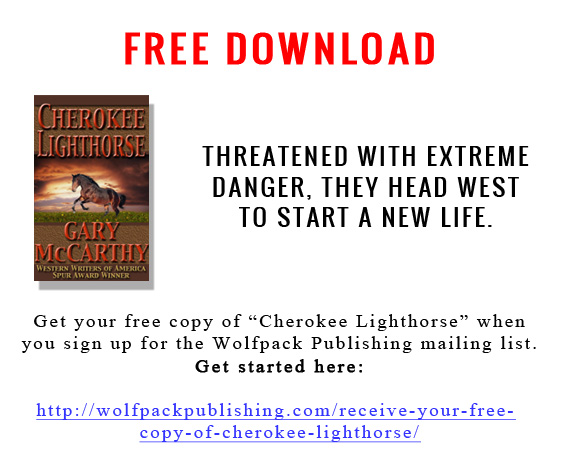 As I sit quietly in my study musing over days long gone while listening to the music of Yanni, my eyes scan the walls decorated with mementoes representing a thirty-two-year career in the service of the people of this country. This service was not of a military nature but involved protecting the national wildlife heritage of the people of the United States.

Interspersed throughout those career memories are family pictures from happier times: outings with our grandchildren, fishing trips to Alaska with my bride, elk and deer hunting and processing the carcasses in the garage with our two sons, float trips on the Powder River, and pictures of our parents before they all crossed over the Great Divide.

Of note is a picture on top of my computer shelf of a distinguished Littleton police officer who watches over my every move. It shows a bear of a man whose arms were the size of most men’s legs and who contained in that carcass a good, gentle heart as big as Mother Nature’s outdoor world. It shows a man who, while elk hunting near Walden, Colorado, saw the first wild gray wolf that was black in color three years before it was officially recognized as having been “discovered.” It shows a man who was so strong that he could lift a dead, full-grown elk into the back of a pickup by himself, yet swing his daughter up onto his massive shoulders with an innate gentleness not of this world!

It shows a man who, like his dad, married the love of his life. He was so proud that his second child was on the way that he was fairly bursting at the seams to tell anyone who would stand still and listen. It shows a police officer who was acknowledged by his peers as one of the very best, and that law enforcement community still mourns the loss of this man who was a friend for all seasons.

The picture shows my younger son, Christopher, who passed away of natural causes on October 13,2005, at the age of 35.

I know of no greater loss a parent can suffer than the loss of a child.

It is to this bear of a man—a good Christian, an excellent cook, an outdoorsman par excellence, a fisherman beyond compare, a valued member of the law enforcement brotherhood, the type of man most of us aspire to be although we don’t succeed, a holder of the Medal of Valor, a crack rifle and pistol shot, a beloved son and warrior—that I dedicate this book.

Rest in peace, my son, until we are together once more to range over the land; enjoying its breezes, appreciating its wonders, and laughing like we did when we were together...

The character Harlan Waugh does in fact exist in reality. The real Harlan Waugh was a police officer for the City of Littleton, Colorado. As in the story, he is as bald as a river rock, is a crack shot with a rifle (a former U.S. Marine Corps sniper and was a S.W.A.T. member), is frank but level-headed, has a love of life that knows no bounds, has the highest ethics and a warm personality that can turn deadly serious in times of need or danger, is a loving father, and is one whom very little in life scares or concerns. He truly is a man for all seasons who became a close family friend through our police-officer son, Christopher.

As in the story, if Harlan takes a liking to your miserable hide, he is a friend for life. But break the laws of the land or the principles of humanity and, if justified, he will hunt you down as ruthlessly as the Harlan in the book did one Bosco de Gamma...

I acknowledge not only the use of this towering, courageous man’s good name but the very essence and spirit with which he lives and faces all aspects of life to cloak my main character in the book.

Thank you, Harlan, for the grist of the story, and even more for the love and brotherhood you share with my family and shared with Christopher before his untimely crossing over the Great Divide...

During the last mile of travel, the sickly-sweet smell of death permeated the crisp, late August afternoon air. Harlan was more than familiar with that smell, and he grimaced and narrowed his eyes to a higher level of alertness. A month earlier on the Yellowstone River, while he had been preparing for the fall beaver trapping season with his younger brother and two fellow trappers, they had been ambushed by a band of deadly Blackfoot Indians. Before the four men could reach any kind of redoubt, three lay dead in the late summer sun, full of arrows. Harlan had escaped and made it to a rocky outcropping on high ground with his group’s horses and mules. For the next four days, he held the Indians at bay with his remarkable sharpshooting ability and several highly accurate .54-caliber Hawken rifles.

Harlan had been raised by his father, a superb big-game hunter who, for years, had supplied meat and hides for the pioneer settlements nestled in the Appalachian Mountains of western Pennsylvania. He had been taught by his dad that when shooting he should hold tight, relax his breathing, and squeeze the trigger as if the rifle was the love of his life. Above all, he had been told not to waste powder or shot because they were hard to replace in the wilderness.

“One shot, one kill,” his father constantly preached until the day he died at the hands of a band of Indians who were upset by his intrusion into what they considered sacred hunting grounds.

Harlan never forgot, putting those words of wisdom into practice during his previous five years roaming the western wilderness as a free trapper and mountain man. During those four terror-filled days and nights on the Yellowstone, Harlan did as his dad had preached. Every time an Indian raised his head to shoot or presented the smallest of targets, a one- ounce, .54-caliber lead slug would strike that individual and kill him instantly. Soon the band of Indians, dismayed by their continuing losses, abandoned the straight-shooting mountain man for quieter pastures. After waiting another day on his rocky outcropping to be sure the hostile Indians had vanished. Harlan led the hobbled, thirsty, and starving pack-animals out to pasture along the Yellowstone River.

Then he commenced the grim task of burying his brother and friends, made all the more difficult by the sight of their bloated, fly-covered bodies, heavy with the sickly-sweet smell of eternity.

The magpies and ravens had not made his task any easier as the hungry birds had picked clean the dead men’s faces, down to their glistening white skulls.

After burying the men along the Yellowstone and covering the site with large rocks so the wolves could not dig up and eat the rest of their bodies, Harlan headed south with the livestock, the men’s effects, and the previous season’s trappings. Dangling from the five mules at the end of the pack string were the freshly salted scalps of eleven Blackfoot warriors as a grim warning to all others with evil intentions. According to their own traditions, these warriors would forever be forbidden to travel the Happy Hunting Grounds because they lacked their hair and the skin that held it in place.

Keeping to the densely brushed creeks and river bottoms. Harlan moved due south until he felt he was out of the territory of the dreaded warriors from the Blackfoot Nation.

After all, one man, no matter how good a rifle shot he is, will find more than his match out west if he ain’t careful. Especially when leading a valuable pack string of horses and mules loaded with furs and other white man's necessities of life, he grimly thought.

Entering a small valley south of the Willow Lake area, just north of what is today Pinedale, Wyoming, he chanced once more upon that telltale smell of death that reminded him of the events on the Yellowstone.

Slowing his horse to a cautious walk, Harlan continued following a small stream toward Willow Lake, where he planned to set up camp. When he came to another large opening surrounded by tall cottonwoods and good grass, the nightmare associated with the smell of death began to reveal itself. In the stream lay numerous bloated bodies of Indian women and children filled with arrows. Nearly all of the bodies had been scalped and mutilated. His horse sidestepped the body of an Indian woman still holding her dead baby as Harlan examined the markings of her dress from the saddle.

Never Broken by Kathleen Fuller
The Dark Stranger by Sara Seale
What Belongs to Her (Harlequin Superromance) by Rachel Brimble
[Queen of Orcs 01] - King's Property by Morgan Howell
Swan (A Sexy, Fairytale Short) by Aria Cole
High-Society Seduction by Maxine Sullivan
Into the Fire by Donna Alward
The White Horse King: The Life of Alfred the Great by Benjamin R. Merkle
Live Original (Sadie Robertson) by Sadie Robertson
Killing Chase by Ben Muse
Our partner