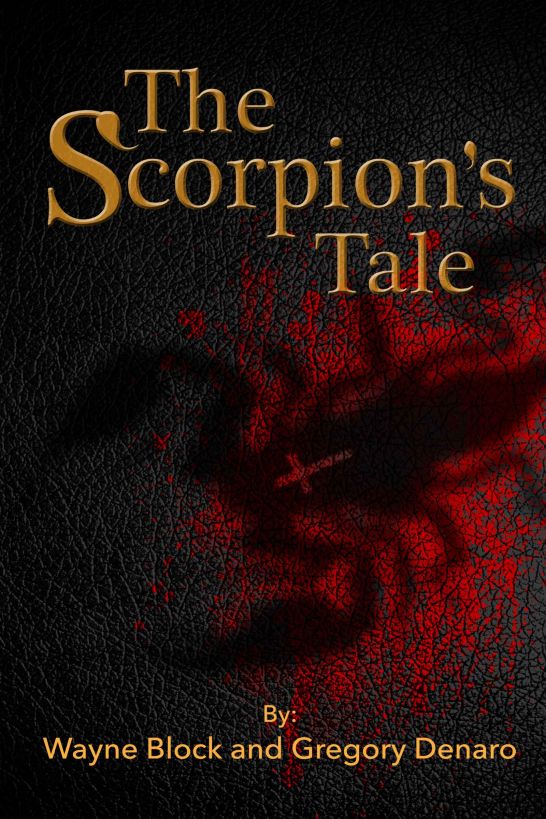 James leaned against the worn castle wall
awaiting the arrival of his father. Alongside him stood his five
half-brothers. It was a rare occasion when their father
participated in his experiment, but today was special. Today was
the culmination of the years of pain they had endured since
birth.

James tried making eye contact with the other
boys but each avoided his stare. Like James, they were each sixteen
years old. Unlike James, they were tense, nervous, and on edge.
Joaquin, James’ mentor, held a revolver containing five bullets, as
did each of the other five mentors. Their students would be led to
a preselected location on the island, guns in hand, for their final
task. Each had grown up on the island, and from an early age they
were pitted against each other in contests of strength, cunning,
and skill. James had never lost. He was the best among the original
twelve males born sixteen years earlier. He remained the best of
the six who were still alive.

The father finally arrived. James didn’t know
his true name; he was simply called “Father.” He was a singularly
unimpressive man; clean shaven with an unflattering comb-over of
greasy brown hair. He was slightly under six feet tall and very
thin, with white, pasty skin. His black, lifeless eyes were
complimented by a jagged scar running almost into his right eye
where his father, in a fit of rage, had smashed a beer bottle into
his face.

Father nodded toward the mentors who then
handed a revolver to each boy. James stared at his gun. He firmly
gripped the handle in his palm and gently ran his fingers along the
bullet chamber. The gun felt good in his hand.

The experiment’s rules allowed for only one
survivor. That survivor would then be released from the island,
unleashed into the world as the perfect assassin. James intended to
be that man by changing the rules. His mind tracked in slow motion
what he was about to do. With only five bullets he could chance no
miss. As his father began to speak to the group from a second floor
balcony, James’s gun arm became a blur. Five perfect shots left
five dead challengers.

The mentors, immobilized by the unexpected
breach of etiquette, allowed the precious moment James needed to
retrieve two fallen weapons. Five more perfect shots. In less than
a minute, James had executed his brothers and their teachers. His
father, speechless and frozen, mouth agape, could only watch in
horror as James raised his gun and fired two shots into his skull.
Through dying eyes, James’ father finally saw the long anticipated
result of his sixteen-year experiment: The birth of the ultimate
killer.

He followed her at a cautious distance,
careful not to arouse suspicion. Dressed in khaki pants and a light
sweatshirt, shouldering a black, Jansport backpack, he looked like
any tourist photographing the beautiful landscape at the top of
this Cervinian mountain. Every few minutes, he discreetly glanced
at the young woman to ensure she had not wandered from his line of
vision, even though the only way down was the gondola. He was able
to identify this strikingly beautiful woman by her long, flowing
auburn hair. It was exactly as it had appeared in the photographs
her uncle had provided his employer, the Don of the Sicilian Mafia.
This young woman was targeted for execution, and the Don had paid
him two million dollars to prevent the assassination and to kill
the assassins. It was pleasantly ironic that he, the Scorpion, the
world’s most feared and dangerous killer, now found himself in the
role of protector.

From the Plateau Rosa atop the mountain, the
Scorpion panned the mountainside with image stabilizing binoculars
scouting for locations from which he might expect a sniper attack.
It was late in the day and there weren’t many visitors remaining on
the mountain. He had also prepared for a surprise attack from close
range. A silencer-equipped Gemtech SOS .45ACP was tucked into his
waistband and his Ka-Bar combat knife was sheathed in one of the
many oversized pockets stitched into his custom made khakis.

The killing of a fellow assassin didn’t
bother him; in fact it was exhilarating. The challenge of matching
wits with the acclaimed “LeReaux,” was rarely encountered in his
career. Professional assassins often had cryptic aliases. Even
though the Scorpion knew that LeReaux had the contract for the hit,
he had no idea what the man looked like. Even if he did, he knew
that LeReaux, a master of disguise like himself, could assume any
identity and strike at a moment’s notice from anywhere. It was
LeReaux’s decision to execute the woman on the mountain that
confounded the Scorpion. He would never have chosen such a public
place, because he couldn’t guarantee his escape from the mountain.
Unless the Scorpion’s intelligence information was incorrect, which
it never was, he knew the attack was imminent. The lower they
descended on the gondola, the more difficult it would be for
LeReaux to escape undetected.

The Scorpion heard the last call for the
final gondola to the base station. He watched the young woman close
her purse and walk slowly toward the station. His eyes darted back
and forth trying to detect the slightest abnormality in his
surroundings. He saw her board and surreptitiously gripped his gun
in his waistband as the attendant ushered her into the empty
gondola. He was uncertain whether the attendant was the assassin
and braced himself to charge.

The door closed without incident and the
Scorpion moved out of the shadows and boarded the next car. Alone
inside the gondola, he stood with his binoculars trained on the
young woman, seated, reading a book, oblivious to her danger. His
eyes scanned the ground and the approaching gondola station at Lago
Cimi Bianchi for signs of anything out of place. Minutes later, she
exited her gondola and walked toward the transfer station,
remaining in full view as the Scorpion exited his. He and the woman
appeared to be the only people awaiting the next cable car. She
looked up briefly and smiled at him, then returned to her book. A
different attendant was the only person in sight. Gun in hand but
hidden from view, the Scorpion tried to detect any flaw in a
disguise that would betray the attendant. They boarded the same car
without incident.

Upon reaching Plan Maison, the midway
transfer to the base of the mountain, the young woman stopped into
the ladies’ room, giving the Scorpion an opportunity to slowly walk
the building’s perimeter and once again scan the surrounding
terrain. As he rounded the final corner he saw a young man, already
seated on the waiting gondola. The young man seemed distracted.

The woman ran into the gondola just as the
doors closed, blocking the Scorpion’s entrance. The Scorpion
boarded the next gondola as the sole occupant, focusing his
binoculars on the man alone with her. The man was seated at the
front end of the car with the young woman across from him. There
was nothing unusual about his features or mannerisms, and he did
not appear to be in any hurry to kill her. And while the interior
of a gondola was an unlikely forum for a kill, the Scorpion never
relied on assumptions.

The Scorpion put down his binoculars, removed
his backpack, and withdrew components of a Barrett M107A1 rifle and
an Optical Ranging System. He attached the ballistics computer to
the riflescope and adjusted the monopod on the rifle. He had
preloaded his trajectory tables into the weapon’s system and had
customized a comprehensive ballistics table. He now studied the
young man through the scope, finger on the trigger. The man seemed
to be sleeping while the woman read her book.

Suddenly, the gondola came to an abrupt halt,
causing the Scorpion to lose his balance. A voice over the intercom
announced in Italian a mechanical problem as the gondola cars hung
suspended over the mountain. The young man accompanying his
assignment was now conversing in an easy manner with the young
woman. The Scorpion panned between the man in the gondola and the
surrounding area, searching for a sniper. The stationary gondola
was now an easy target. All LeReaux needed was a conveniently
camouflaged access point for a sniper shot. The Scorpion knew that
only a few such points existed on the mountain. Even with a
state-of-the-art sniper rifle, LeReaux would have to remain within
350 yards of his target to ensure the kill shot velocity would
penetrate the fortified Plexiglas window of the gondola.

Using his cable car as a center point, the
Scorpion scanned the circumference of a circle approximately 350
yards out and identified two possible locations 180 degrees apart
on two small hills covered with a dense growth of mature pine
trees. As he panned the area he saw an approaching car kicking up
dust on a dirt road. He zoomed in as the car abruptly stopped at
the crest of the hill. A man dressed in camouflage emerged carrying
a case then momentarily disappeared from view, only to reappear at
the edge of the tree line. Out of the corner of his eye he saw in
the distance another vehicle stop on the second hill and another
man in camouflage emerged with a tripod and rifle. There were two
assassins. He could only speculate which one was LeReaux.

The Scorpion removed two clamps from his
backpack that he inserted between the doors on both sides of the
gondola to pry them open. He assumed a prone position on the floor
with the monopod buttressed against the door and the rifle barrel
extending through the opening. He panned back to the first
assassin, estimating the distance at 270 yards and 340 yards for
the second assassin. Both were within the rifle’s effective range
of two thousand yards. He was supremely confident that his BORS
ballistics computer had compensated for temperature, barometric
pressure, and the upward or downward trajectory for the further
shot at the second assassin. But he was equally uncertain about his
first shot because the angle and vertical drop were very different.
He would have to take the shot manually and perform the
impossible.

He loaded a .50 caliber cartridge into the
chamber, disconnected his BORS, made a final manual adjustment, and
lightly placed his finger on the trigger. He had the assassin in
his line of sight and watched him make his final preparation to
kill the woman. The Scorpion closed his eye, slowly released his
breath, and squeezed the trigger. The man’s head exploded as his
body fell backward onto the ground. The Scorpion immediately
activated his BORS, switched sides on the gondola for a better
shot, and trained his weapon on the second assassin, successfully
repeating the kill. He then turned his attention to the young man
and woman who were still deep in conversation in the gondola. He
continued to train his rifle on the man. What he saw put him at
ease.

Steven Capresi peered down the mountain at
Breuil-Cervinia, taking in the grandeur, trying to focus on the
wonderful things happening in his life. Today was his twenty-eighth
birthday and he was engaged to Amanda, who was pregnant with their
first child. His import business finally showed a profit after
struggling since its inception. Despite his surroundings and his
blessings, Steven’s mood was darker than the shadows cast within
the surrounding Alpine crevices. He held a tattered page of a book
he had secretly kept for years and unfolded it for the thousandth
time. The creases had erased many letters but Steven knew the Anais
Nin quote verbatim:

“The human father has to be confronted and
recognized as human, as man who created a child and then, by his
absence, left the child fatherless and then Godless.”