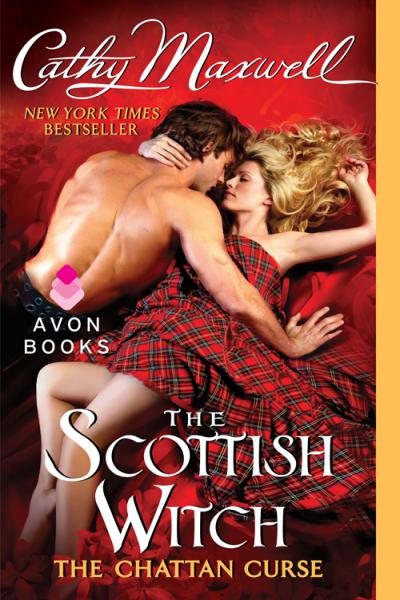 For my agent, Robin Rue

An Excerpt from
The Devil’s Heart

T
he heart cannot lie, or so she had believed.

Day after day, Rose of the Macnachtan stood at the
tower wall staring in the direction of England, believing with all her heart
Charles Chattan would return to her. At any moment she expected to see him ride
galloping at full speed to Loch Awe’s shoreline to cross to the island on which
Macnachtan Keep had been built and anxiously apologize.

He could not marry that Englishwoman.
He wouldn’t
. She knew it to the marrow of her bones.
Charlie loved her. They’d handfasted in a private ceremony of their own making.
He would come for her.

Her brothers and sisters all warned her he was
faithless. They had never liked him. His mother was Sassenach, and Charlie was
too English for their tastes. Her brother Michael had sworn to her that the
Chattans worshipped gold more than any other value on this earth, but Rose had
argued Charles was different from his parents.

And so she waited, days turning into weeks
. . . until, finally, it was the very hour of his marriage to the
Englishwoman.

Rose stood at her lonely post, watching the road
from the south, waiting—until the bell in the kirk’s tower rang noon.

Only then did she realize her family had been
right. Charles
had
chosen another over her.

The last clang of the bell reverberated in the air
around her. The wind had picked up. It lifted her hair, swirled around her
skirts, tickled her skin, mocked her.

For a long moment she stood mesmerized by the line
of silent, brooding pines ringing the clearing. She knew every trail of that
forest. There was no movement, no rider coming for her.

The world lost all meaning.

No one could live with the burden of such sharp,
forlorn pain.

His name choked her throat. Shame of her own
trusting loyalty filled her. They had all been right and she had been a
fool.

Rose slowly turned. Below her was the stone
courtyard. Her brother Michael was shoeing a horse. The blacksmith had died and
his son was a poor substitute. Michael was determined to not give up on the boy,
even if he had to shoe the horses a hundred times himself in teaching the lad
what he wanted.

Across the way, in the house’s solar, she knew her
mother, sisters, and kinswomen would be plying their needles and enjoying a bit
of gossip. How long had it been since she’d joined them? Not since that night
she and Charles had secretly met and he’d told her he was leaving Scotland. His
parents insisted he marry the Sassenach heiress. He had no choice in the
matter.

“But what of us? What of the vows we made to each
other?” she had asked.

Charles had not answered. Instead, he’d made love
to her, and, trusting soul that she was, she had believed that
was
his answer. She was his mate, his chosen.

Her hand rose to her belly. His seed might already
be growing within her. A son, a son whose father would deny his parentage.

Rose shared her mother’s gift of the sight. The
book of spells and recipes that had been handed down from mother to daughter,
always going to those who shared the gift, would one day be hers—but she’d
already used that book. In desperation, she’d attempted a spell to bring Charles
to her and she had believed it would work . . .

Sometimes in life, there comes a point when the
future holds no gain. When the darkness of reality triumphs over hopes and
dreams. Love had betrayed her. It had humiliated her.

The pride of the Macnachtan of Loch Awe flowed
through her veins. Rose could not face a life of shame, or let it be whispered
her child was a bastard.

She climbed onto the tower wall. For one precious
moment, she stood tall. March’s fresh, chilled wind chafed her cheek. Below her,
life went on as usual.

Rose glanced one more time toward the road that lay
between herself and her love.

Her heart
had
lied—Charles
did not
love her. “Life come hither;
Life is mine,” she whispered feverishly. Her throat tightened.
He hadn’t cared.
Tears filled her eyes. She took a
step off the wall into thin air.

T
here
was no doubt Rose of Loch Awe had taken her life because of Charles Chattan’s
perfidy. There would be no saving her memory from the disgrace of suicide.

Her mother, Fenella, wished she had the magic to
reverse time and bring her daughter back to life.

For the last three days she’d pored over her nain’s
book. Certainly in all these receipts and spells for healing, for fortune, for
doubts and fears, there must be one to cast off death.

The handwriting on those yellowed pages was cramped
and in many places faded. Fenella had signed the front of the book but not
referred to it often, at least not once she’d memorized the cures for fevers and
agues that plagued children and concerned mothers.

She’d been surprised to discover Rose had also been
reading the book. She’d found where Rose had written the name “Charles” beside a
spell to find true love. It called for a rose thorn to be embedded in the wax of
a candle and burned on the night of a full moon.

They found a piece of the burned candle, the thorn
still intact, its tip charred, beneath Rose’s pillow.

Fenella held the wax in the palm of her hand.
Slowly, she closed her fingers around it into a fist and set aside mourning.

Grief made her mad.

The Chattans were far from the Highland’s mountains
and moors. Charles thought himself safe. He was not.

There is no sacred ground for a suicide, but
Fenella had no need of the church. She ordered a funeral pyre to be built for
her daughter along the green banks of Loch Awe, directly beneath a stony crag
that looked down upon the shore.

On the day of Rose’s funeral, Fenella stood upon
that crag, waiting for the sun to set. She wore the Macnachtan tartan around her
shoulders. The evening wind toyed with her gray hair that she wore loose under a
circlet of gold, gray hair that had once been as fair as Rose’s.

At Fenella’s signal, her sons set ablaze the ring
of bonfires she’d ordered constructed around Rose’s pyre. The flames leaped to
life, and so did her anger.

Did Chattan think he could hide in London? Did his
father believe his son could betray Rose’s loving heart without penalty? That
her life had no meaning?

That Macnachtan honor was a small thing?

“I want him to feel my pain,” Fenella
whispered.

Her daughters Ilona and Aislin stood by her side.
They nodded.

“He will not escape me,” Fenella vowed.

“But he is gone,” Ilona said. “He has become a fine
lord while we are left to weep.”

At last the moon was high in the sky and the
bonfires’ flames were hot and strong. They feasted on the wood, making it
crackle and sending sparks and ash into the air.

The time was right. Nain had said a witch knows
when the hour is nigh—and this would be a night no one would forget. Ever.

The fires had drawn the curious from all over the
countryside. They stood on the shore watching. Fenella raised her hand. Her
clansmen and her kin fell silent. Her son Michael, laird of the Macnachtans,
picked up the torch and held it ready.

Fenella brought her hand down, and her oldest put
fire to the tender of his sister’s funeral pyre.

’Twas the ancient way. There was no priest here, no
clergy to call her out—and even if there was, Fenella’s power in this moment was
too strong to be swayed. It coursed through her. It was the beating of her
heart, the pulsing in the blood in her veins, the sinew of her being.

She stepped to the edge of the rock and stared down
over the burning pyre. The flames licked the skirt of Rose’s white funeral
gown.

“My Rose died of love,” she said. She whispered the
words but then repeated them with a commanding strength. They carried on the
wind and seemed to linger over Loch Awe’s moonlit waters. “A woman’s lot is
hard,” she said. “ ’Tis love that gives us courage, gives us strength. My Rose
gave the precious gift of her love to a man unworthy of it.”

Heads nodded agreement. There was not a soul around
who had not been touched by Rose. They all knew her gift of laughter, her
kindness, her willingness to offer what help she could to others.

Fenella reached a hand back. Ilona placed the staff
that Fenella had ordered hewn from a yew tree and banded with copper.

Raising the staff, Fenella said, “I curse not just
Chattan but his line. He betrayed her for a title. He tossed aside handfasted
promises for greed. Now let him learn what his duplicity has wrought.”

The moon seemed to brighten. The flames on the
fires danced higher, and Fenella knew she was being summoned.
Danse macabre.
All were equal in death.

She spoke, her voice ringing in the night.

“When a Chattan male falls in
love, strike his heart with fire from Above.

“Crush his heart, destroy his
line;

“Only then will justice be
mine.”

Fenella threw her staff down upon her daughter’s
funeral pyre. The flames now consumed Rose. Fenella could feel their heat, smell
her daughter’s scent—and she threw herself off the rock, following her staff to
where it lay upon Rose’s breast. She grabbed her daughter’s burning body and
clung fast.

Together they left this world.

S
ix
months to the date after his wedding, Charles Chattan died. His heart stopped.
He was sitting at his table, accepting congratulations from his dinner guests
over the news his wife was breeding, when he fell facedown onto his plate.

The news of his death shocked many. He was so
young. A vital, handsome man with so much to live for. Had he not recently
declared to many of his friends that he’d fallen in love with his new wife? How
could God cut short his life, especially when he was so happy?

The only clue to his being unwell was that he had
complained of a burning sensation in his left arm. It had been uncomfortable but
his physician could find nothing wrong with him.

However, Chattan’s marriage was not in vain. Seven
months after his death, his wife bore a son to carry on the Chattan name
. . . a son who also bore a curse.

And so it continued. They tried to stop the curse.
Generation after generation attempted to break the witch’s spell, and did not
succeed.

Such was the power of Fenella.