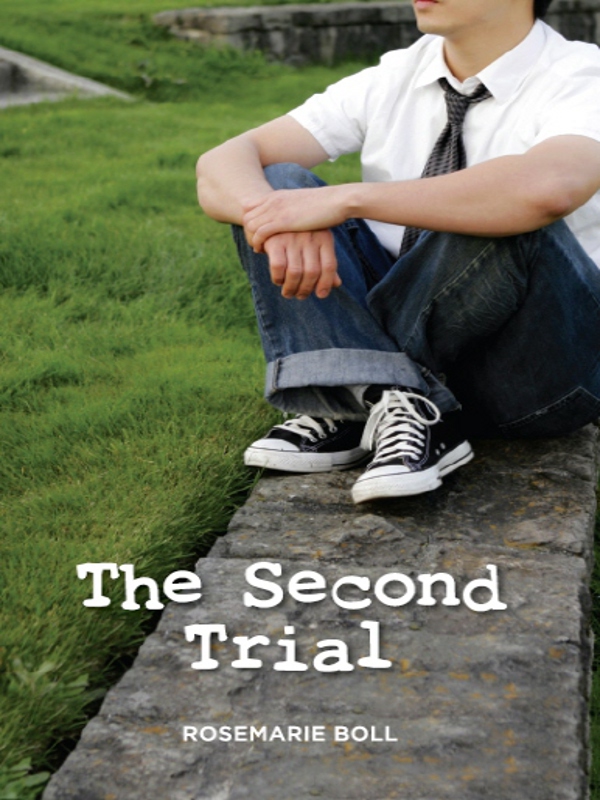 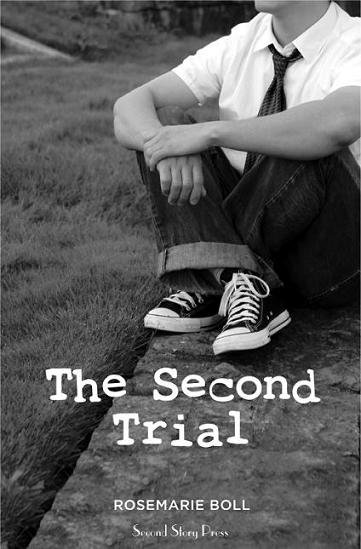 The second trial / by Rosemarie Boll.

Second Story Press gratefully acknowledges the support of the Ontario Arts
Council and the Canada Council for the Arts for our publishing program.
We acknowledge the financial support of the Government of Canada
through the Book Publishing Industry Development Program.

To my husband, Ron,
who has supported me through many trials

PART ONE
The First Trial

PART ONE
The First Trial

The police officer kept his eyes locked on the thirteen-year-old boy. “You're going to have to move,” he said.

Danny crossed his arms. “No.”

Sergeant Sandhu faced the boy squarely. “Your father â your dad's a violent and dangerous man, Danny. Your mom can't trust him and neither can you.” He paused. “If he gets the chance again, we all believe he'll hurt your mom â very badly. Even kill her.”

Danny tried to swallow, but his throat was as dry as cotton. “I was in the courtroom,” he replied. “He said he wouldn't. He said he'd never hurt her again.”

“I know, but he's said a lot of things that aren't true,” replied the police officer.

“I wish I were.” The officer looked deep into Danny's eyes. “I know this must seem like a bad dream to you, and you want it to end. But you have to understand something. The decision about
what's
going to happen has already been made. I'm sorry, but that's something you don't have a choice about.”

Danny flicked imaginary lint from his sleeve. “So why even bring me here?”

“Because your mom wants you to have a say in
how
it's going to happen. You and your sister, Jennifer.”

“They're getting a divorce, and he said he'd never do it again! This is crazy! This is
nuts
!”

“No, Danny,” Sgt. Sandhu said, his mouth grim. “This is reality. We're way past happy endings. The decision to give you new identities and relocate you wasn't an easy one. But it's the only safe one because we can't afford to make a mistake. If we don't do anything and your dad kills your mom, wellâ¦dead is forever.”

The words came at him like sharp blows.
Kill. Dead. Forever.
He twisted in his seat and his eyes darted to the door, the escape from this nightmare.

“There's no running away, Danny. We have to do this. It's time.”

Danny launched himself from the chair and flew out of the office and into the hallway. The elevator took forever to reach the ground floor.

His pupils shrank to pinpoints in the sudden sunshine of the downtown street. He hunched his shoulders and kept his head down so that the peak of his baseball cap blocked out anything more than a few paces in front of him. He jostled passersby, ignoring their grunts of surprise and anger. Long blocks of heated cement disappeared under his pounding feet, until he veered south toward the river valley.

The broad river split the city in two. Danny dropped onto a vacant bench overlooking the steep-sided valley. His head throbbed, and he felt like he was going to throw up. He hung his head and massaged his temples. His thoughts were puzzle pieces that would never fit together again.
What had happened to
his parents? What had happened to his family? What was going to
happen to his life?

Two days earlier, the summer sun had been setting into an orange nest when his mom entered Danny's room. He'd been stretched out in a confusion of bedsheets and blankets. He'd wedged a pillow against the headboard and propped his new video game on his chest. It pinged and buzzed with each deft flick of his thumbs. His mother stepped around abandoned T-shirts and sat at his feet.

“Danny, we have to talk,” she said, touching his knee. “Tomorrow's Monday. The trial starts.” She swallowed. “You have to decide whether you want to come or stay home.”

His fingers kept twiddling the game.

“Jennifer can't come. She's too young. She'll stay at Grandma and Grandpa's for a couple of days.”

His eyes stayed on the video game while his thumbs stabbed the buttons.

“Your dad's going to be sentenced. The prosecutor will ask for a long sentence.” She let the words hang in the air. “Your dad's lawyer will say what he has to say, and Dadâ¦he might say something too.”

Danny drew up his knees. His mom blinked back tears. “If you come, you'll hear things thatâ¦” She hesitated and swiped a tissue across her eyes. “â¦things you never dreamed you'd hear. Things I never wanted to tell anyone, but now it's time to tell the truth.” She held up her head and told him about the victim impact statement she was going to read in court. Still fiddling with his video game, he listened to her outline a story about a buried life he'd never suspected. She told him his father had hurt her many times over many years, not just the few times he knew about.

Danny squeezed his game until his knuckles turned white.

“You don't have to come,” she continued, “but everyone thinks you should. The prosecutor, Sgt. Sandhu, the counselor, Grandma and Grandpa.” She paused while her fingertips brushed the rash on her neck. “I won't tell you that you
have
to come, Danny,” she said. “No matter which way you decide, it's going to be hard. But if you do come, you've got to know
â
it will be the
hardest
thing you've done in your life.”

Danny knew there'd been problems. It had been eight months ago â nearly Christmas â when his father went to jail. He and his little sister had gone to bed. But his bedroom shared a wall with his parents' room, and his father's rising voice stirred him awake.

“We are
not
going to your mother's for Christmas again! You know I can't
stand
those people! We need to have our
own
Christmas. No one's gonna tell
me
where to sit and how to behave!”

“But Paul,” Catherine pleaded, “it's been four years since we were there for Christmas. Jennifer was only four and â”

“I don't care if she was still in diapers. We're not going! Can't you get that through your thick skull?”

Danny heard his dad pacing like he always did when he was angry.

“If you touch that doorknob,” Paul growled, “I'm going to kill you. I've got my gun right here, under the bed. You know I've got my gun, don't you. Wanna see it? I'll shoot you right here.
Right
now.
”

Danny heard the bedroom door crash open, frantic footsteps, and then a sickening
crack
, followed by muffled thumps. Buddy, his border collie, barked wildly. His barks were interrupted by the sharp slam of the front door.

Danny wanted to stay in bed, pretend nothing had happened. He'd overheard arguments at night before, the words inaudible but the tone unmistakable. He'd noticed his mother at dinner, hardly saying a word while Dad carried on about sports, stupid politicians, and the irritating neighbors. Danny knew his parents didn't always get along, but that wasn't so unusual, was it? His friends' parents argued. Some even divorced. Yet tonight his dog's whimpering signaled this was no simple argument, no “accidental” shattering of dishes on the kitchen floor. Something more was wrong, and it bathed him in cold sweat. He held his breath, clutched the covers around his neck, and squeezed his eyes shut. His heart beat with such violence he thought it would burst. Then his mind registered another sound â sobs, muffled by a pillow â and he knew Jennifer had heard it too.