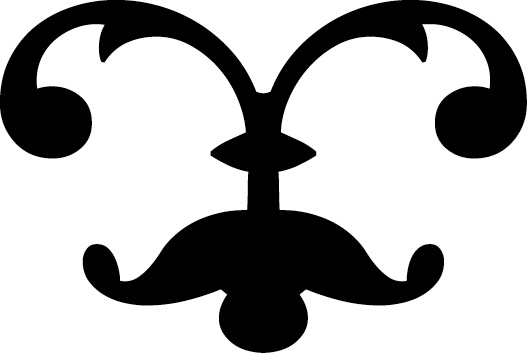 Many books made this one possible. First and foremost, Boris Pasternak’s
Doctor Zhivago,
a novel as relevant and vital today as it was when it was first published by Giangiacomo Feltrinelli. I’m forever in debt for the brave gift he gave the world.

For my research, Peter Finn and Petra Couvée’s
The Zhivago Affair
proved an indispensable asset. In 2014, thanks to Finn and Couvée’s petitioning, the CIA released ninety-nine memos and reports pertaining to its secret
Zhivago
mission. And it was seeing the declassified documents—with their blacked-out and redacted names and details—that first inspired me to want to fill in the blanks with fiction.

Throughout the novel are many direct descriptions and quotes, including excerpts of conversations, as documented in first-hand accounts. Olga Ivinskaya’s autobiography,
A Captive of Time,
and Sergio D’Angelo’s memoir,
The Pasternak Affair,
shed light on what it was like to have lived through many of the events described in my novel.

I’m also grateful for Elizabeth “Betty” Peet McIntosh’s book
Sisterhood of Spies,
which exposed me to a world of real-life heroines, including the author herself. Monuments should be built in these women’s honor.

The
Lavender Scare
by David K. Johnson tells the lesser known history of the United States’ Cold War persecution of LGBTQ people. Countless people were forced out of their jobs, reputations were publicly destroyed, and many lives were lost. Their stories must not be forgotten.

Some of the other books I consulted were
Inside the Zhivago Storm
and
Zhivago’s Secret Journey
by Paolo Mancosu;
Legacy of Ashes
by Tim Weiner;
The Agency
by John Ranelagh;
The Cultural Cold War
by Frances Stonor Saunders;
The Georgetown Set
by Gregg Herken;
The Very Best Men
by Evan Thomas;
Hot Books in the Cold War
by Alfred A. Reisch;
The Spy and His CIA Brat
by Carol Cini;
Finks
by Joel Whitney;
Washington Confidential
by Jack Lait and Lee Mortimer;
Expo
58
by Jonathan Coe;
Feltrinelli
by Carlo Feltrinelli and Alastair McEwen;
Lara
by Anna Pasternak;
Safe Conduct
by Boris Pasternak;
Poems of Boris Pasternak
translated by Lydia Pasternak Slater;
Boris Pasternak: The Tragic Years,
1930
–
60
by Evgeny Pasternak;
Boris Pasternak: The Poet and His Politics
by Lazar Fleishman;
Boris Pasternak: A Literary Biography
by Christopher Barnes;
Boris Pasternak: Family Correspondence
translated by Nicolas Pasternak Slater and Maya Slater;
Fear and the Muse Kept Watch
by Andy McSmith;
The Nobel Prize
by Yuri Krotkov; and
Inside the Soviet Writers’ Union
by Carol and John Garrard.

In addition to books, I could not have written my novel without the help of many people and institutions. Thanks to the Keene Prize for Literature, the Fania Kruger Fellowship, and the Crazyhorse Prize for the support. Thanks to the Michener Center for Writers, for giving me the time and resources to start my novel and the mentorship to finish it. Specifically, thank you Michener directors Jim Magnuson and Bret Anthony Johnston, for giving us weirdos a place to forever call home. And thanks to Marla Akin, Debbie Dewees, Billy Fatzinger, and Holly Doyel for keeping the whole thing afloat. I owe a debt of gratitude to my teachers, careful readers, and mentors, including Deb Olin Unferth, Ben Fountain, H. W. Brands, Edward Carey, Oscar Casares, and Lisa Olstein. Special thanks to Elizabeth McCracken, whose guidance, pen, and advice were invaluable. And of course, to my friends and fellow classmates, especially: Veronica Martin, Maria Reva, Olga Vilkotskaya, Jessica Topacio Long, and Nouri Zarrugh, for reading my work, pushing me to do better, and for making me laugh.

I’m beyond grateful to everyone at Knopf for having faith in this book and guiding it to fruition, including: Sonny Mehta, Gabrielle Brooks, Abby Endler, Emily DeHuff, Nicholas Thomson, Kelly Blair, Nicholas Latimer, Sara Eagle, Paul Bogaards, Katherine Burns, and especially to my amazing editor Jordan Pavlin, who strengthened every page with her careful pen and encouragement.

Thank you to my incredible agents Jeff Kleinman and Jamie Chambliss, who saw the first twenty-five pages of the novel—years before it was completed—and believed. You have changed my life. And to Melissa Sarver White and Lorella Belli for helping bring my book to the world.

To all my friends—from Greensburg (the Motley Crew!) to D.C. to Norfolk to Austin and beyond: I don’t know what I’d do without you.

To my family—Sara, Nathan, Ben, Sam, Owen, Grandma, Uncle Ron, all my aunts, uncles, and cousins, Janet, Hillary, Bruce, Parker, Noah, Scout, and Clementine—thanks for always being by my side.

To my parents, Bob and Patti, for naming me Lara and showing me what love can be.

And above all, to Matt, my first and last reader. Not only did you encourage me to pick up the pen, you made each page of this book stronger. I owe you everything.

Lara Prescott received her MFA from the Michener Center for Writers at the University of Texas, Austin. Before that, she was a political campaign operative. Her stories have appeared in
The Southern Review, The Hudson Review, Crazyhorse, Day One,
and
Tin House Flash Fridays.
She was awarded the 2016 Crazyhorse Fiction Prize for a version of the first chapter of
The Secrets We Kept.
She lives in Austin, Texas.

Discover your next
great read!

Get personalized book picks and up-to-date news about this author.

Not What She Seems by Raven, T.R.
In Your Honor by Heidi Hutchinson
Cold Pursuit by Carla Neggers
Forbidden (A New Adult Paranormal Romance) by Dawn Steele
The Poisonwood Bible by Barbara Kingsolver
Always You by Missy Johnson
Fifth Vision of Destiny - Brett by Kallysten
Up in Flames by Trista Ann Michaels
THE ROBE by Unknown
The Lair by Emily McKay
Our partner