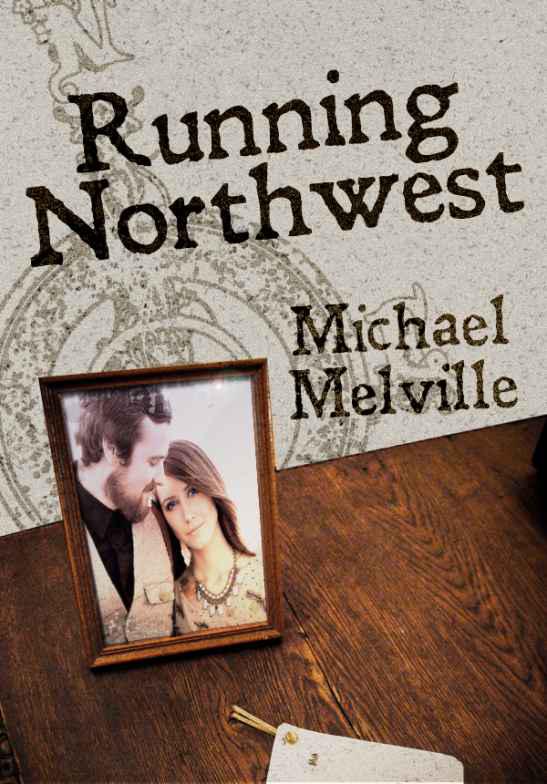 Set on the mighty and unforgiving Pacific Ocean amongst the rocky, foggy and forested northern coast of Oregon is a story about heartbreaking loss, rebuilding, lost love and the hands of fate winding a new and unforeseen road through the life of a single father, Thomas James and his 8-year-old son, Daniel. It shows us that what was once lost can be found, that sometimes taking a chance is what life is all about and love always remains in the deepest parts of our hearts.

Michael Melville was born and raised outside of Grand Rapids Michigan, graduating from Grandville High school in 1998. In 2002, he moved to Portland Oregon and then spent several years living in the Pacific Northwest and northern Idaho. He spent a large portion of his time traveling up and down the Oregon coast often with his dog at his side. That coastline, the small towns, and the people he met and saw as well as the abundant nature and geography have inspired and become a part of him. Michael now considers the Oregon coast his second home even while currently living in Michigan and goes back as often as he can and hopes to move there permanently again soon. He has always tried to live his life on his own terms, too be different and not settle and tries his best to take the road less traveled while seeking his own version of happiness. More often than not, his gut drives his life and he does what he feels is right, and rarely what others say. This inner spirit and attitude has served him well giving him success in different fields and the courage to choose writing as a career and search for more adventures in life. Michael while currently living in Michigan is attending Grand Valley State University and earning a BA in Writing and focusing on creative writing. In his spare time when he has it, he spends time with his friends usually drinking copious amounts of coffee and enjoys hiking and spending time in nature doing various things. He still has that same dog he traveled the Oregon coast with...

This novel is a work of fiction. Any names, characters, and incidents are either products of the authors imagination or used fictitiously. Any resemblance to actual events, businesses and people both living and dead are purely coincidental. All cities and outdoor locations in this book are very much real places.

No part of this publication can be reproduced or transmitted in any form or by means, electronic or mechanical, without permission in writing from the author, Michael J. Melville.

To Kat, Thank you for the faith and encouragement to stick with it when I lost faith in the book, myself and us. Without you, this might have never happened, and I’ll always be thankful you were there.
You know a part of me no one else ever will.

To Amy S., Thank you for pissing me off and be
ing my inspiration at the start
. And also for
being one the greatest friend
s
I have ever known.

For all my close friends who watched and listened for over three years while I wrote this…you all are my backbone in writing as well as life.

Writing this book has not been the easiest project and has had its fair share of difficulties, good times and memories. It is not my first but third full novel, but this is the first one that I have published and quite honestly that was not even my intention until I hit chapter 20; only then did I consider it.

Running Northwest has been a journey not just in writing but also in the years that have raced by while I wrote and despaired over it. The novel itself is well-traveled since I wrote it in various parts of Michigan, Oregon, Idaho, Illinois and Florida.

I remember many times when my friends were having coffee just a few tables away from me laughing, talking and having fun while I was plugging away on this project. Usually they left me alone, so I could write but I did miss a lot of time with them. I owe them a lot and thank them deeply for the privacy even when many of them had no idea what I was actually doing.  I sit here and think about the relationships and friends that have come and gone during this process and how they and I have changed over nearly four years. Ten years ago, I could never have i
magined I would be publishing a novel. In those days I was content on writing for fun never intending on it going farther than that
. It is crazy how things change in a relatively short amount of time.

During the process of writing this, back when I was 31, I decided to go back to college at Grand Valley State University in West Michigan to earn a B.A. in Writing with a focus on Creative Writing. Before I started back at college, I spent a large portion of my day writing this or something else and basically doing whatever I wanted. When I started college and the typical workload hit me, I wondered if I should have waited until this novel was done before I started school again. At times I never thought it would be done at all, and honestly it took a year longer to complete than I thought it would or wanted it too.  I made it work to best of my ability even though it was not easy; many nights of less than adequate sleep happened and still will.

I especially owe a lot to Kathy, Kat as I call her, for keeping me on track, giving me strength, being my sounding board and especially for not running away when I got angry and frustrated with
all phases of
the writing process, school and life in general. I would sit in her garage, “my office,” for hours on end during the day and late at night, typing away surrounded by coffee cups; covered in a haze of cigarette smoke; away in my own little world.  I am glad you were able to see the part of Oregon; my Oregon; that inspired so much of this novel; I so am glad I could share it with you. When others ran, you did not and still have not, despite my own personal flaws. Thank you for standing by me.

These characters are amalgamations of many people I have known over the years: ex-girlfriends, lovers, friends that I no longer talk to, newer friends and just plain random strangers that I have run across in my travels and day to day life. As a writer and artist, I get inspiration from everything I see and everything around me.

As such, I want to say thank you to the beaches, oceans and mountains I walked on and in; the waterfalls and woods I sat by and wandered through; my current dogs and ones that passed away; Oregon’s truly amazing coastline that is the backdrop for this and future novels; the roads traveled and the memories gained and forgotten
.
Additionally, I want to say thank you to one truck stop diner in particular in Michigan on US 131, just south of Grand Rapids. They have allowed me to nearly live there and drink far more coffee than any sane person should drink. Their atmosphere, customers and
sassy servers are a giant part of this novel
.

As the book
finally
closes on writing Running Northwest and I began to work on my next project while still in col
lege full time at the age of 33. I
t appears that I will be repeating parts of this journey all over again. It is a nice feeling to accomplish something some said would never happen. They know who
they are…and can kiss my ass.

Thank you, the reader, for purchasing this bit of writing; I hope you enjoy it and continue down the path with me. Do not be a stranger and feel free to share your thoughts. For
all
thos
e who have been waiting for the second edition
to com
e out, thank you for waiting, for the patience and
staying interested in my work.

Finally, I
need to thank my cover
artist Joe DeCommer, who created an amazing
painting for the novel’s
print version and 1
st
edition eBook
cover. Joe it was a pleasure to work with you and I sincerely h
ope we have opportunity to work together
again.
Victor Fuentes,
my
talented
friend and ally
who did the cover layout
s and designs on both the 1
st
and 2
nd
editions of RNW and also
for
my next
novel Ashes
on Water
.
I cannot wait for other pr
ojects we will conquer together
. Y
ou made my work look wonderful and something we both deserve to be proud of
. You will go far with your talents
. Kate Steketee, my
friend and
original editor
, thank you for putting in the work that
you did with
RNW
despite my
vast frustrations with
issues
within
the 1st
edition
. I am we
ll aware
though
of the condition the manuscript
was in
when I first gave it to you and recognize the hard work  you put into
it
despi
te how things turned out. I
want to
especially
thank my
dear
friend
Margie
Piell
for helping me “re-edit”
this 2
nd
edition
and getting it to be
something I can really be proud of
.
Moreover
thank you for being a great new friend and giving me
and
open
ear when my frustrations were
high
.
I also want to thank the 2 others who helped me re-edit this book who chose to remain nameless
, you  know who you are
. Your faith in my writing and sticking with me means more than I can say
.