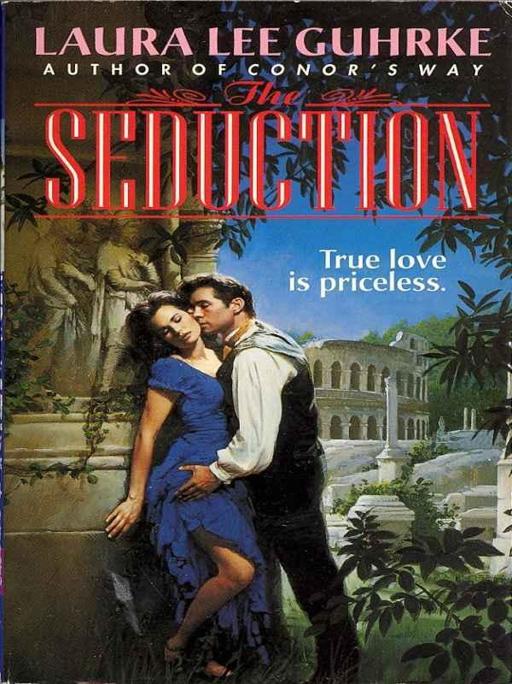 LOVE AT ANY PRICE

"Perhaps we can be friends," Lord Ashton began.

Friends? So that was to be his technique, was it?
Margaret was pleased that she had finally figured him out. She grasped the handle of her picnic basket and rose to her feet. "That certainly is a unique approach, Lord Ashton, but I'm afraid you are wasting your time."

He stood up, giving her a puzzled look. "Wasting my time?"

"I'm sure there are many heiresses who would fall for such a gambit," she said, "but I am not one of them. So if you are looking to marry a fortune, you will need to look farther afield. I have no interest in marrying you."

"But all I suggested was friendship."

"After the discourteous way you have behaved toward me, how can you expect us to be friends?"

"Indeed? That is a pity, because I don't like you." His amused laughter followed her as she walked away. 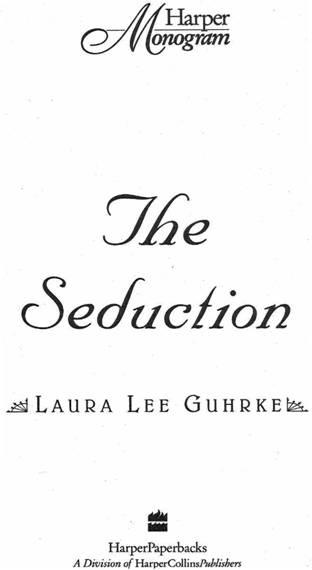 A Division of
HarperCollins Publishers

If you purchased this book without a cover, you should be aware that this book is stolen property. It was reported as "unsold and destroyed" to the publisher and neither the author nor the publisher has received any payment for this "stripped book."

This is a work of fiction. The characters, incidents, and dialogues are products of the author's imagination and are not to be construed as real. Any resemblance to actual events or persons, living or dead, is entirely coincidental.

All rights reserved. No part of this book may be used or reproduced in any manner whatsoever without written permission of the publisher, except in the case of brief quotations embodied in critical articles and reviews. For information address HarperCollins
Publishers,
10 East 53rd Street, New York, N.Y. 10022-5299.

For Sandy Oakes and Rachel Gibson, who

believed in Trevor's story from the very beginning.

This one's for you, with my heartfelt thanks. No one

could have more loyal friends.

Trevor St. fames believed
in life's simple pleasures. French cognac, a Turkish cigar, silk sheets, and a passionate woman. Tonight, he had enjoyed them all. He leaned back against the headboard and took a sip of the cognac, his gaze slowly perusing the softly rounded form of the sleeping woman who lay beside him. He paused to appreciate the luscious dent in the small of her back before his gaze continued downward. Lucci really did have excellent taste, he thought, admiring the enticing curve of her buttocks.

She stirred slightly in sleep, reminding Trevor that it was not wise to linger here. He set the drink aside. He'd come for a purpose beyond a romp in the sheets, and he couldn't accomplish it if Isabella awakened.

He rose from the bed. In the dim light of the lamp, he dressed without making a sound. He began to search the room, keeping one eye on the woman as he silently opened the drawers of her dressing table.

In the third drawer, he found her jewel case. It was locked, but he easily opened it. Within, he found a treasure of diamonds and pearls, the evidence of
Lucci's
passion for his young wife. But diamonds and pearls did not interest Trevor. What he sought was far more valuable. More important, it was
his,
and Trevor never relinquished what belonged to him.

He had removed three trays of jewels from the case before he found the object of his search. He smiled as he removed the ancient necklace of gold and lapis that Lucci had stolen from him. The British Museum would definitely get their money's worth from this piece.

He pulled from his pocket the paste replica he had brought with him and laid it carefully inside the case. Then he put back the other trays of jewels, careful to return them in the proper order. After relocking the case, he set it back in the drawer exactly where he had found it.

The drawer made a grating sound as he closed it. He glanced at Isabella, but she did not awaken. Picking up his jacket from the floor, Trevor tucked his prize into the breast pocket, then laid the jacket across a chair and walked to the bed. He leaned down to kiss that lovely dent in her back, knowing he had to leave and feeling a hint of regret at the prospect. He trailed kisses along her spine and heard a soft murmur of sleepy pleasure from the depths of the pillows.

Isabella turned her head and rose up on her elbows, shaking the dark curtain of hair from her eyes as she looked at him. "So soon?" she asked, her voice still husky with sleep.

He brushed a wisp of hair from her face. "I must go. My ship leaves at dawn."

"Hours away," she whispered, pressing a kiss into his palm.

"Lucci could change his plans, and I don't want him to find me here."

"He won't change his plans. He has gone to Alexandria on business."