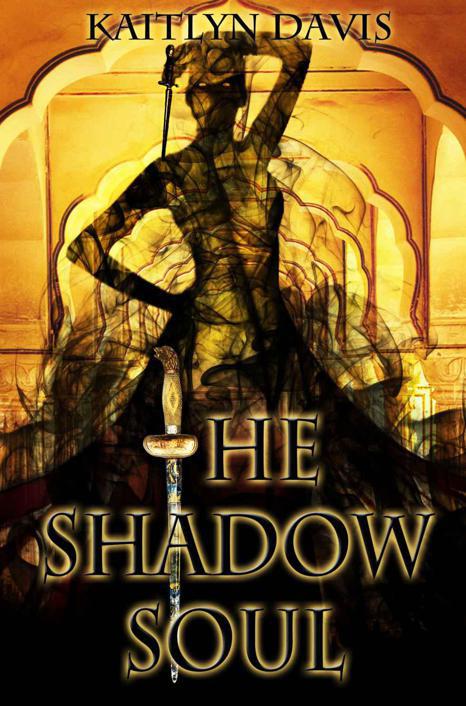 All Works by Kaitlyn Davis

A Dance of Dragons #1

The right of Kaitlyn Davis to be identified as the author of this work has been asserted in accordance with the Copyright, Designs and Patents Act 1988

This eBook is copyright material and must not be copied, reproduced, transferred, distributed, leased, licensed or publicly performed or used in any way except as specifically permitted in writing by the author, as allowed under the terms and conditions under which it was purchased or as strictly permitted by applicable copyright law. Any unauthorized distribution or use of this text may be direct infringement of the author's rights and those responsible may be liable in law accordingly.

This is a work of fiction and any resemblances between the characters and persons living or dead is purely coincidental.

ALL WORKS BY KAITLYN DAVIS

A Dance of Dragons

To my family for their unconditional love,

my friends for their overwhelming support,

and my fans for their incredible enthusiasm.

Thank you from the bottom of my heart.

All Works by Kaitlyn Davis 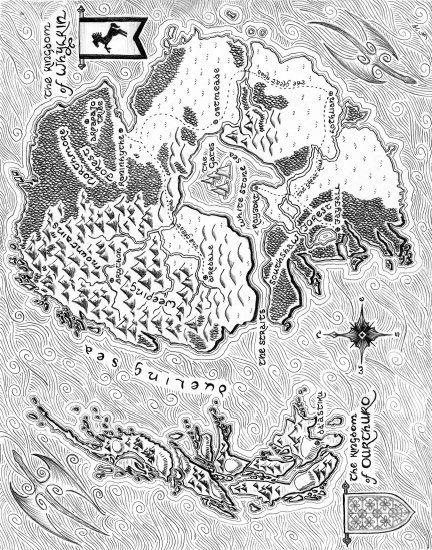 (Back to
Table of Contents
)

A shadow was just the absence of light, a spot the sun could not reach. It was empty. But floating below her, drifting and dancing along the landscape, her shadow seemed full—not a reflection, but an impostor.

She pumped her leathery wings. The shadow did too.

She dipped closer to the trees. The shadow condensed, its points sharpening to match the outline of her body.

She arched up, farther into the cloudless sky. The shadow expanded and lost focus, rippling over the pointed trees below.

Enough,
she thought, gliding with the wind
. Time for food.
She focused on the horizon, spotting a deeper blue against the sky. Her mouth watered.

Keeping her eyes on the ground, she watched as forest gave way to rocks that cut deep into the sea, a molten sapphire speckled with white. She swerved left along the shore, focusing on the cerulean expanse of the reef, searching for movement.

The lazy undulation of a fin.

A black shape flicked into her peripheral vision. She turned.

Bright white eyes opened in the darkness. Jaws clamped around her neck. She reached out with her claws, sinking razor-sharp nails into the invader's flesh.

They fell as one, smacking into the water, a mass of light and dark, plummeting below the surface. The jaws tightened. Her vision condensed. Air slowed.

They continued to descend deeper and deeper into the shadows, to the part of the world the sun could not penetrate, where the darkness gained a life of its own…

Jinji awoke with a start, gasping for air and clutching her aching chest. Her lungs screamed. Her mind fought to escape the daze. She blinked, but the darkness would not recede, even as her memory ignited.

It was the same dream. A dream she had only had once before but would never forget. A dream that was somehow more.

Another blink and a soft orange light leaked into her vision. She looked up through the smoke circle in the roof, toward the sky.

Jinji stood, throwing her furs to the side and stepping quietly past her mother and father. Soft dirt muted her steps, and her parents didn't stir as she crossed the small expanse of their home. Lifting the pelt aside, she stepped into the morning mist and began to run. Her feet followed the path along the longhouse, past the rest of her sleeping tribe and into the forest beyond. No thought was necessary—she had taken this path too many times before.

Besides, concentration was beyond her. Jinji's thoughts had drifted out of the world and into her memories, all the way back to her brother.

The last time she dreamed that dream had been on the eve of his death—what did it mean that it had happened again, a decade later on the dawn of her joining?

She had reached the clearing, her sacred haven. A place shared only with her closest friend Leoa. Away from the game and too close to the outside world for anyone else in her tribe to discover—this place was their secret. The only place two girls could talk away from the attentive ears of the elders and the only place she could go to truly escape.

Jinji fell to her knees and opened her eyes wide, searching the air for something only she could find. She looked along the ground, over the flecks of dew spotting the grass, along the twining roots, up the rough bark and over her head toward the clouds.

A shimmer. A dull glow. And now that she saw it, the light brightened and Jinji smiled. The spirits were still there for her.

For as long as she could remember, Jinji could see them. Everywhere. In everything. Minute strands of green, red, yellow, and blue, twining together to create the world. Earth, air, water, and fire spirits hidden in plain sight for no one but Jinji to see, and sometimes they tried hiding even from her. But not today. Not when she needed them.

Jinji studied the weaving strands, looking through the intricate patterns she would never begin to understand. And there she saw what she had truly been searching for: the space between the elements, the pure white wisps binding the colorful strands together—the mother spirit, the source of everything.

That was the name her people gave it. Her brother and she were named for it. But as far as Jinji knew, she was the only one who could manipulate it.

Closing her eyes, Jinji cupped her hands into a ball, envisioning the pearly glow between the strands of air she had trapped.

Jinjiajanu
, she thought. The image changed to that of a face that was stolen ten years before.

Jinjiajanu. Bring Janu back to me—bring my other half back.

She opened her hands, facing them out toward the open air, keeping her eyes closed, using her memory to draw a picture in the wind. His tanned skin, the color of freshly exposed bark. His deep brown irises set in wide eyes and framed with full lashes. His smile, always mischievous and often taking over the whole expanse of his face.