"Get him to the apothecary, immediately." A voice commanded, but Rhen could no longer recognize it. He seemed to be floating, drifting through darkness, dreaming of endless night.

Sinking closer and closer to a world not of the living.

Jinji woke with a start, gasping for air, eyes opening wide as her entire body came alive in one single second.

She blinked. But the scene remained the same. Eyes open, eyes closed—she was drenched in ebony, drowning in it.

"Rhen!" She called. There was no answer except for the echo of her own scratchy voice. Jinji tried to stand, but she couldn’t—she was restrained.

Heavy iron weighed down her hands, encircled her feet. Every time she moved, the clank of metal on stone scraped her ears. Shivering from the wet cold air, Jinji pulled her legs into her chest. Gradually her eyes began to adjust, to faintly make out bars lining the walls around her, bars and stone.

"Rhen," she whispered. But no one would hear. That much she knew. The last Jinji remembered, she was leaping for the queen, touching the shadow, falling into her nightmare. And then nothing. Blank. Until waking up here.

Someone else had woken up with her, inside of her. Even now, Jinji could feel it crawling through her thoughts, exploring her senses, stretching out as though awakening from a long sleep.

New memories were blossoming like flowers in the back of her mind, growing, spreading, taking up space. But hard as she tried, she could not access them. Could not touch them. Could not remember them.

A voice that was not her own whispered across her mind.

A Dance of Dragons #2

Sign up at the below link to be notified the morning it goes on-sale!

The Complete Midnight Fire Series
is available now wherever eBooks are sold! 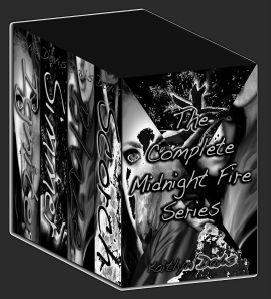 From bestselling author Kaitlyn Davis comes a paranormal romance perfect for fans of Twilight, The Vampire Diaries, and Buffy The Vampire Slayer.

"With one last look, one final search of the lines of his face for some sign, Kira turned and ran away from the sound of the man she loved laughing in the face of her death."

When Kira Dawson moves to South Carolina, she meets Luke, a blond goofball who quickly becomes her best friend, and Tristan, a mysterious bad boy who sends shivers down her spine. Kira knows they're keeping secrets, but when she discovers Tristan's lust for blood and her own dormant mystical powers, Kira is forced to fight for her life and make the heartbreaking decision between the familiar comfort of friendship and the fiery passion of love. 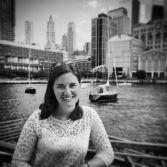 Kaitlyn Davis graduated Phi Beta Kappa from Johns Hopkins University with a B.A. in Writing Seminars. She's been writing ever since she picked up her first crayon and is overjoyed to share her work with the world. She currently lives in New York City and dreams of having a puppy of her own.

Connect with the Author Online: