Read The Siege: 68 Hours Inside the Taj Hotel Online

The Siege: 68 Hours Inside the Taj Hotel 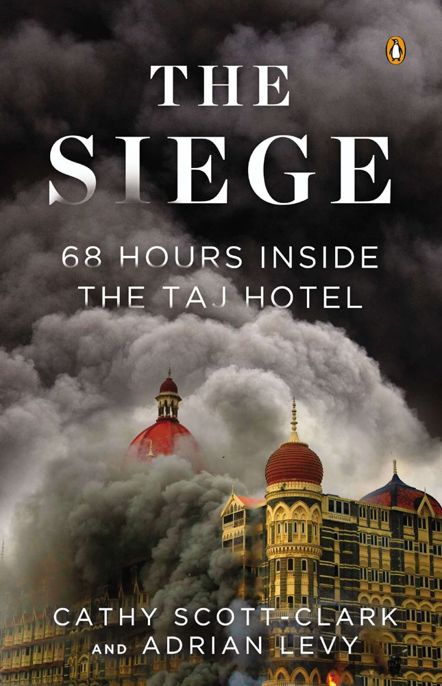 68 Hours Inside the Taj Hotel

The siege: 68 hours inside the Taj Hotel / Cathy Scott-Clark and Adrian Levy.

For Zed and Ava

8. The Shadow of Death

9. Allah Does Not Want You

Will Pike
and
Kelly Doyle
– Will, twenty-eight, and Kelly, thirty, from London, were at the end of a two-week holiday in Goa when they decided to stay one night at the Taj, checking in on the afternoon of 26 November 2008. They were due to return home the following morning. It was Will’s first visit to India.

Andreas Liveras
– the multi-millionaire Andreas, seventy-three, made his fortune in the bakery business in London after emigrating from his native Cyprus as a young man. Ranked 265th on the
Sunday Times
Rich List with an estimated fortune of £315m, he also owned luxury yachts. In November 2008 he was in India with his friend Nick Edmiston and his Indian cruise director, Remesh Cheruvoth, to launch a new yacht charter business in the subcontinent.

Sabina Sehgal Saikia
– forty-five, was a formidable foodie and restaurant critic, a TV celebrity and journalist. She lived in New Delhi with her husband, Shantanu, and children, Arundhati, fourteen, and Aniruddha, eleven. She had come to Mumbai to review a new outlet at the Taj and attend a society wedding.

Ravi Dharnidharka
– a captain in the US Marines, the 31-year-old Ravi had spent the past four years flying combat missions in Iraq, including during the bloody battle for Fallujah in November and December 2004. He was visiting Mumbai for the first time in more than a decade to reconnect with the Indian side of his family.

Mike
and
Anjali Pollack
– the New York-based Mike Pollack, thirty-two, a managing partner at Glenhill Capital, a public equities investment firm, had come to Mumbai with his Indian wife, Anjali, thirty-three, to visit her parents. On the night of the attacks they were due to have dinner at the hotel with friends, leaving their two young sons with Anjali’s parents.

Amit
and
Varsha Thadani –
the heir to a Mumbai textile and restaurant empire, Amit, thirty-two, had booked his wedding reception in the Crystal Room on the night of the attacks. He and his new wife, Varsha, thirty, who had taken their religious vows the previous day, invited 500 guests.

The Lady in the Lake by Raymond Chandler
Heaven's Shadow by David S. Goyer, Michael Cassutt
Dangerous Curves Ahead (Watchers Crew) by Ines Johnson
How To School Your Scoundrel by Juliana Gray
Tequila Mockingbird by Tim Federle
Endure My Heart by Joan Smith
Los señores del norte by Bernard Cornwell
The Brotherhood of Dwarves: Book 01 - The Brotherhood of Dwarves by D.A. Adams
Summer Breeze by Catherine Anderson
The Last Report on the Miracles at Little No Horse by Louise Erdrich
Our partner