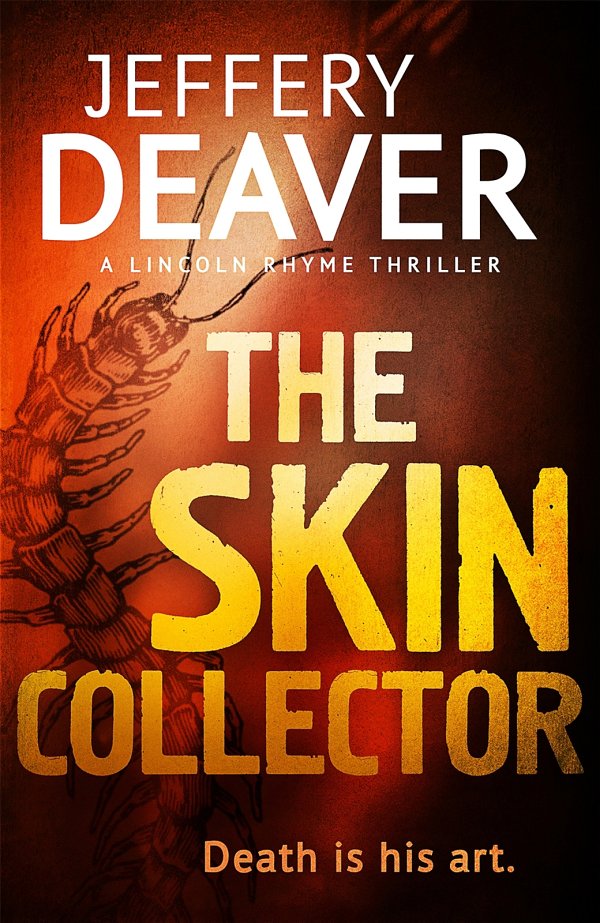 I: The Out-of-Print Book

The Lesson of Her Death

The Bodies Left Behind

Manhattan is My Beat

Death of a Blue Movie Star

First published in the United States of America in 2014 by

The right of Jeffery Deaver to be identified as the Author of the Work has been asserted by him in accordance with the Copyright, Designs and Patents Act 1988

All characters in this publication are fictitious
and any resemblance to real persons, living or dead is purely coincidental.

For Dennis, Patti, Melissa and Phillip

The creatures I had seen were not men, had never been men. They were animals – humanised animals – triumphs of vivisection.

She had to go to the basement.

Chloe hated it down there.

But they’d sold out of sizes ten and twelve Rue du Cannes – the tacky little floral number with scalloped hemline and plunging front – and she needed to replenish the racks, fill ’em up for the grazers. Chloe was an actress, not a retail fashion expert, and new to the store. So she hadn’t fathomed why, in a November
impersonating January, these particular dresses were selling out. Until her boss explained that, even though the store was in alternative SoHo in Manhattan, the ZIP codes of the purchasers situated them in Jersey, Westchester and Long Island.

Chloe Moore walked into the back of the store. Here the shop was the opposite of the sales floor and about as
chic as a storage unit. She found the key among those dangling from her wrist and unlocked the basement door. She flicked on the lights and studied the unsteady stairs.

A sigh and she started down. The door, on a spring, swung shut behind her. Not a small woman, Chloe took the steps carefully. She was also on Vera Wang knockoffs. Pseudo-designer heels and hundred-year-old architecture can be
a dangerous combination.

Not that she worried about intruders. There was only one door in and out – the one she’d just come through. But the place was moldy, damp, cold … and booby-trapped with cobwebs.

And Chloe knew she’d need a dog roller to remove the dust from the dark-green skirt and black blouse (Le Bordeaux and La Seine).

She stepped onto the uneven, cracked concrete floor, moving to the left to avoid a big web. But another one got her; a long clinging strand clutched her face, tickling. After a comic dance of trying to brush the damn thing off and not fall over, she continued her search. Five minutes later she found the shipments of Rue du Cannes, which may have looked French and sounded French but came in boxes
printed largely with Chinese characters.

As she tugged the cartons off the shelf Chloe heard a scrape.

She froze. Tilted her head.

The sound didn’t repeat. But then she was aware of another noise.

Was there a leak?

Chloe came down here often, if reluctantly, and she’d never heard water. She stacked the faux French garments near the stairs and turned to investigate. Most
of the inventory was on shelves but some cartons rested on the floor. A leak could be disastrous. And while, yes, Chloe was eventually headed for Broadway she nonetheless needed to keep her job here at Chez Nord for the foreseeable future. Stopping a leak before it ruined ten thousand dollars’ worth of overpriced clothes might go a long way in keeping those paychecks dribbling into Chase.

She
walked to the back of the cellar, determined to find the leak, though also on serious spider alert.

The dripping grew louder as she moved toward the rear of the room, even murkier than the front, near the stairs.

Chloe stepped behind a shelf, containing a huge supply of blouses so ugly even her mother wouldn’t wear them – a major order by a buyer who, Chloe believed, had made the purchase because
he knew he was going to be sacked.

Odd. What was that? In the far wall an access door was open. The sound of water was coming from there. The door, painted gray like the walls, was about three feet by four.

What did it lead to? Was there a sub-basement? She’d never seen the doorway but then she didn’t believe she’d ever glanced at the wall behind the last shelf. There
was no reason to.

And why was it open? The city was always doing construction work, especially in the older parts, such as here, SoHo. But nobody had talked to the clerks – her, at least – about a repair beneath the building.

Maybe that weird Polish or Rumanian or Russian janitor was doing some repairs. But, no, couldn’t be. The manager didn’t trust him; he didn’t have keys to the basement door.

Okay, the creep factor was rising.

Don’t bother figuring it out. Tell Marge about the drip. Tell her about the open doorway. Get Vlad or Mikhail or whoever he is down here and let him earn his salary.

Then another scrape. This time it seemed to be a foot shifting on gritty concrete.

But before she got out, before she even spun an eighth turn away, he was on her from
behind, slamming her head into the wall. He pressed a cloth over her mouth to gag her. She nearly fainted from the shock. A burst of pain blossomed in her neck.

Chloe turned fast to face him.

She nearly puked, seeing the yellowish latex full-head mask, with slots for eyes and mouth and ears, tight and distorting the flesh underneath, as if his face had melted. He was in worker’s
coveralls, some logo on them she couldn’t read.

‘Listen to me, please! Don’t do this! You don’t understand! Listen, listen …’ But the words were just random sounds through the cloth.

Thinking: Why didn’t I
chock the door open? I thought about it … Furious with herself.

His calm eyes looked her over – but not her breasts or lips or hips or legs. Just the skin of her bare arms, her throat, her neck, where he focused intently on a small blue tattoo of a tulip.

‘Not bad, not good,’ he whispered.

She was whimpering, shivering, moaning. ‘What, what, what do you want?’

But why did she even ask? She
knew. Of course she knew.

And, with that thought, Chloe controlled the fear. She tightened her heart.

She went limp. His eyes, surrounded by yellow latex like sickly skin, seemed confused. The attacker, apparently not expecting her collapse, adjusted his grip to keep her from falling.

As soon as she felt his hands slacken Chloe lunged forward and grabbed
the collar of his coveralls. The zipper popped and cloth tore – both the outer garment and whatever was under it.

Her grip and the blows aimed at his chest and face were fierce. She pumped her knee upward toward his groin. Again and once more.

But she didn’t connect. Her aim was off. It seemed such an easy target but she was suddenly uncoordinated, dizzy. He was cutting off her air with the
gag – that was it maybe. Or the aftermath of the shock.

And tried to hit him again, claw at his flesh, but she now found her energy fading fast. Her hands tapped uselessly against him. Her head lolled and, looking down, she noticed that his sleeve had ridden up. Chloe caught sight of a weird tattoo, in red, some
insect, dozens of little insect legs, insect fangs but human eyes. And then she focused on the floor of the cellar. A glint from the hypodermic syringe.
That
was the source of the pain in her neck – and of her fleeing strength. He’d injected her with something.