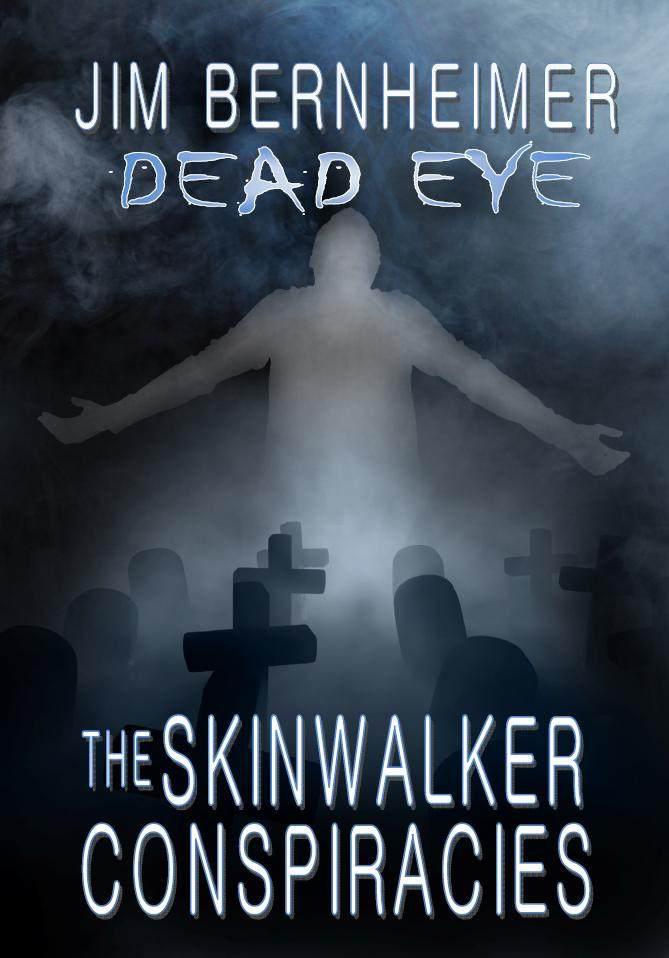 My name is Mike Ross and I’m a Ferryman - like the Greek Myth. I didn’t ask for or really want the job, but I’m trying to make the best of it. Most ghosts are okay and just need a little help to get where they need to go. Unfortunately, there are lots of exceptions like power mad psychopaths, spirits still trying to fight battles long since lost, and the worst of the lot - the Skinwalkers.

They live vicariously by possessing people and controlling them like puppet masters. Then they toss them aside when they’ve outlived their usefulness.

One of them stole my father fifteen years ago and I’m going to make that ghost pay.

Dead Eye- Pennies for the Ferryman

Confessions of a D-List Supervillain

This book is a work of fiction. All characters, places, and events are products of the author’s imagination, or are used fictitiously.

This ebook is licensed for your personal enjoyment only. This ebook may not be re-sold or given away to other people. If you would like to share this book with another person, please purchase an additional copy for each recipient. If you’re reading this book and did not purchase it, or it was not purchased for your use only, then please purchase your own copy. Thank you for respecting the hard work of this author

Episode 19: Trying to Forget the Alamo

Episode 25: Barking up the Wrong Tree

Episode 26: The Dogs of War

Episode 27: What Happens in Phoenix

Episode 28: A Life Worth Living

Episode 29: A Pair of Crazy Cellmates

The Zombie-Driven Life by David Wood

“Amos!” I screamed. “I need help!” I was wrestling with a maniac – a ridiculously strong one in fact. Damn, I hated ambushes!

To say chaos ruled my life would be a gross understatement. A year before this, I was newly discharged from the army and trying to restore some semblance of order to my existence. The big adventure I foresaw? Starting community college in suburban Maryland, but things changed.

“Hang on, Mike. I’m coming!”
Amos bull-rushed my attacker, receiving a straight arm to the face for his effort. The attacker dropped like a sack of potatoes, and melted into the ground.

Yeah, Amos Sweet was a ghost, and the crazy man trying to kill me was one as well. Other than the blind holy man sitting in the car, I was the only living guy around. I’d gotten used to it - funny how twelve months could change a person’s perspective. Instead of enjoying a Maryland summer, I was in a graveyard near a small church in the middle of Nowhere, Alabama, in the midst of a downpour, getting my butt whipped something fierce.

The spirits of the dead had the ability to touch me; it brought a whole new meaning to the phrase “making contact with the other side.” Good thing I could touch them back, or in this fellow’s case, jam my thumb into his eye.

He grunted, but wasn’t bothered too much.

Less than a year ago, I discovered - the hard way - that I, David Michael Ross Junior, was a Ferryman, descended from other Ferrymen. For those interested in applying … don’t. In short, the job blows chunks. The pay, which didn’t come often, sucked. Work locations included cemeteries (in the middle of the night in this particular instance) and other assorted places where I hope I don’t get charged with trespassing. There was always the bonus of idiotic looks from people who don’t believe in the supernatural. It doesn’t get much better than that.

Besides, most living folks can’t see ghosts. That limited the pool of available applicants to lucky souls like me-- who can also help spirits cross over. On the plus side, my great, great illegitimate grandfather just so happened to be Edgar Allan Poe. Assuming I survived this conflict, I’d have to try that as a pickup line in college bars. I think it’d be a hit with the English majors.

In addition to being a noted writer, and a tortured soul, Edgar and his brother were probably the most powerful Ferrymen ever to live in North America, and they waged a war with the ghost population on the east coast. The spirits who, for lack of a better word, survived that battle refer to it as “The Great Cleansing.”

Then again, it didn’t end well for Edgar or William either.

Some ghosts were glad to see me, others ignored me, and a few tried to put an end to my not-so-fantastic life. They were already dead and didn’t have much else to lose. I, on the other hand, was very much alive and was trying to stay that way.

The ghost currently trying to kill me had a vice-like grip. It relented just enough for me to deliver a hard strike with my elbow and dig the fingers of my left hand into his neck. Amos slammed into us and rolled the attacker off of me. My buddy wasn’t much in a fight, but he soaked up the damage like no one’s business.

Having backup, even a lightweight of a Civil War soldier like Amos, had a certain appeal. It was more than I usually had to work with. The heroes in the movies or on the tube always tried that “go it alone” crap which definitely didn’t fit into my plans.

My life didn’t resemble the movies, or I’d be getting paid big money instead of the chump change I received every month from my medical discharge. So, no cool plasma packs or any of the other toys the guys in
Ghostbusters
used when they were battling the bodiless. Old fashioned iron constituted the best weapon against a spook. My arsenal included a pipe wrench, a bottle of filings, and even a frying pan. I wasn’t terribly picky, and in a scrap, I was open to anything.

Hell, I didn’t know why this guy attacked me in the first place. This whole episode should’ve been another unpaid “courtesy call” for Pastor Duncan. He’d been nice enough to loan us his Caddy for my little road trip to the southwest. All he asked in return was that I run a few errands along the way. In this case, it meant stopping by his sister’s grave and making certain she had moved on or was otherwise resting in peace.

His sister’s ghost informed me that no one around these parts
rested
, thanks to one extremely agitated spirit. She encouraged me to go have a talk with him. Like an idiot, I listened. Though I was a big fan of irony, it didn’t mean that I wanted another firsthand experience.

My attacker towered over me. Had he still been alive, he’d have had a shot at playing pro ball – in the position of his choice. He was huge! Of course it didn’t help that I was only about five foot six on a good day. Still, if I wanted to complain about my genetics, I’d start with the cornea transplant that gave me this ability with ghosts rather than my vertical shortcomings.

Most spirits were simply lost souls looking for help crossing over to the other side. Those were the easy ones who just need to pass a message to someone or finger their murderer. I actually liked the latter, because sometimes those included cash rewards.

Others, such as the one trying to pulverize me, were just plain nasty. Vindictive, murderous spirits who weren’t moving on because … well, I had no clue. Maybe he feared what came next. Perhaps he was as nuts in this life as he’d been in the previous one – or he just didn’t like me. I’d given up caring about his motivations.

“Lynchin’ me wasn’t enough for you bastards! You coming back for more! Not this time!”
I guess the irate ghost didn’t die on a positive note. This scuffle was an ugly reminder of a time in this country when someone wouldn’t get a job or a loan because of their skin color. Instead, a person was killed.

The Last Horizon by Anthony Hartig
The Bishop's Daughter by Tiffany L. Warren
Kindred (The Watcher Chronicles #2) by S.J. West
Wayward Temptation (Wayward Saints MC Book 6) by K. Renee
It Happened One Night by Lisa Dale
Thirteenth Night by Alan Gordon
The Müller-Fokker Effect by Sladek, John
I, Emma Freke by Elizabeth Atkinson
Agent of the Crown by Melissa McShane
Back by Norah McClintock
Our partner