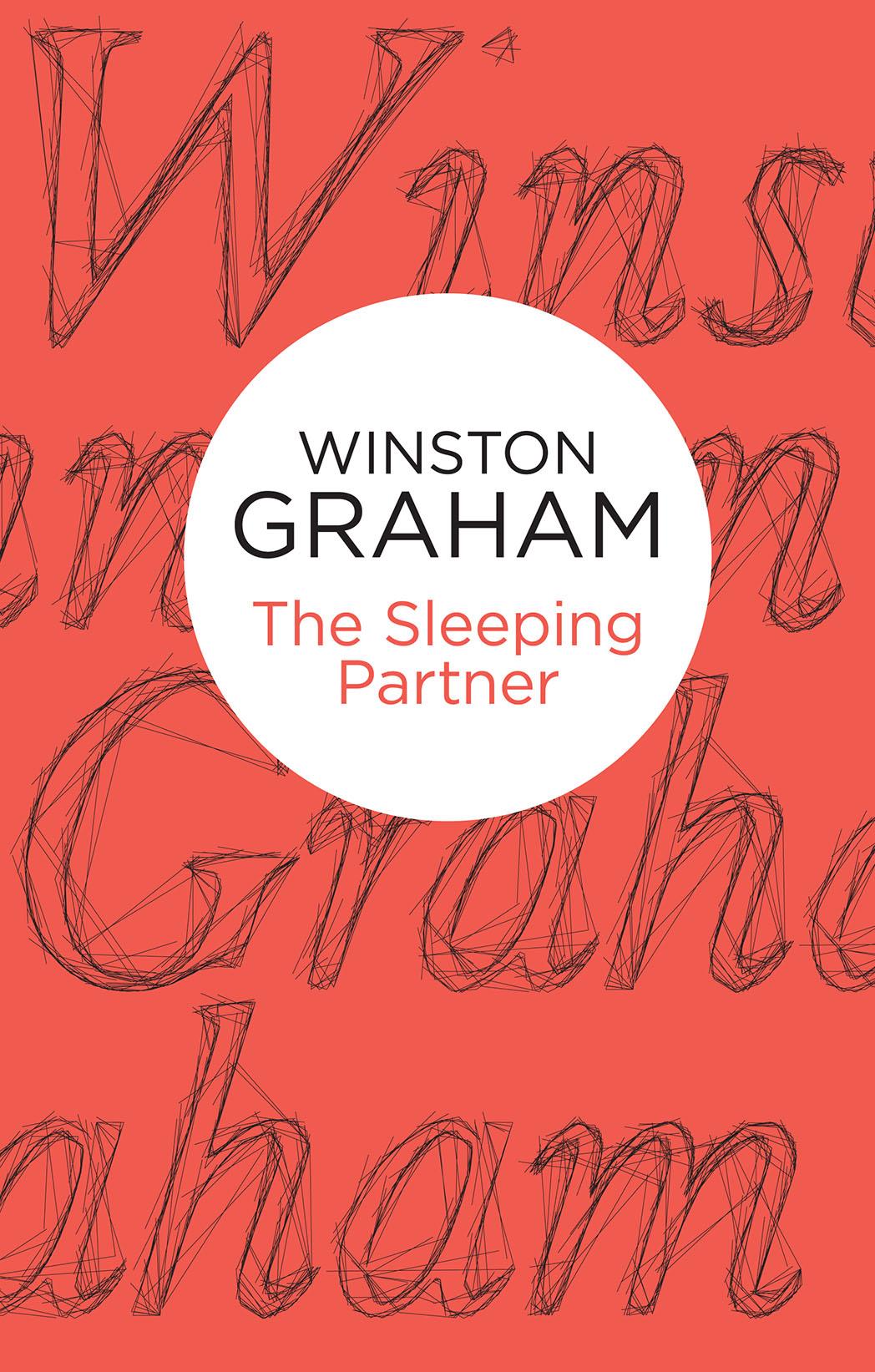 For Tony and Tony

The night Lynn left me I got home quite late, but, it being July, there was still daylight left; and I remember as I came up the drive thinking that since we moved here I'd had no time at all to do any of the things I'd planned when we bought the place, such as rooting up all the laurels and putting in some decent flowering shrubs instead.

The garage doors were open and I tapped my horn as I drove in. I knew I wouldn't be popular, but I ran up the steps and pushed open the front door and walked in with my usual whistle. I hoped at least that she hadn't waited for her own meal. It was semi-dark in the house and no lights. She didn't answer and I thought she hadn't heard, so I whistled again and went into the drawing-room, the room she'd had decorated according to her own design. There was no one there, but at the back now I could hear Kent barking a welcome.

I wished Lynn hadn't taken against Kent so much; he was a bull-terrier we'd more or less inherited from my sister when she went abroad. I went through into the kitchen switching on the lights and found the electric oven cold and no evidence of dinner. The picture then began to come in quite clearly that my wife was not here.

With so much on hand I might have forgotten something, and as I went upstairs I tried to remember whether she'd said anything before I left. I went into our bedroom with its eggshell-blue wallpaper and off-white hangings, through to the spare room done rather less sumptuously and to the second and third spare rooms, not yet done at all, and back to our wildly extravagant bathroom with its crimson ceiling and blueberry walls. Then I went downstairs again and let Kent out, and he licked me madly all over. That of course was what Lynn didn't like about him; he was a delayed adolescent and at five years of age still flung himself about in ecstasies of juvenile enthusiasm.

It seemed likely she'd gone out somewhere and been delayed â perhaps she had phoned the works after I left and home before I got here. She hadn't gone by car because the little MG was in the garage.

The right thing now was to get my own meal and have enough ready for her if by any chance she needed something when she came in. I turned to in the kitchen, assisted by Kent who slid between my legs every time I walked across the place. In the end I fired him out and got on much better.

Because I didn't know if she'd be back I went to a lot more trouble than I might have done â not just a boiled egg on a napkin-cloth spread on a corner of the kitchen table. I even got up a bottle of wine from the cellar and did the thing in style. After supper I had a cigarette and switched on the television but it was pretty grim; then I looked at my watch and saw it was ten-thirty.

I rang up her mother. It was a doubtful shot as they didn't get on particularly well, but I had to start somewhere. Mrs Carson said in an aggrieved voice that she hadn't seen or even had a call from Lynn for over five weeks. I tried Simon Heppelwhite next and found him at home.

He said, lisping, slightly pontifical: âLynn? No, Michael. Not since â well it must be only twice since the night at Quaglino's. Is anything wrong?'

âNo, of course not. I was expecting her back and wondered if she might have taken root at your studio.'

âI only wish she came more often, these days. But she seems to have matters of more importance on her mind.'

âI hadn't paused to consider. I imagined it was looking after you.'

Because I knew him so well I thought I noticed something in his voice and persisted. âSeriously, Simon. I can't see your face, but if Lynn's sitting there with you now â¦'

âNo, Michael; seriously, Lynn isn't here and hasn't been. I'd help you if I could.'

After a minute or so I hung up, feeling rather a fool. I decided not to try anyone else or I should look still more of an idiot bleating because his ewe lamb was out of his sight. I waited till eleven and then thought of our daily woman, Mrs Lloyd, in the village. But now it was too late.

It occurred to me that Lynn really had only a few close friends. There was a girl called Hazel Boylon who had worked at the same time for Simon Heppelwhite; they had kept up with each other when they both left; but I didn't know her telephone number or even her address.

The phone went. I was across the room very quickly and took up the receiver. âHullo!'

From the factory. Fire, burglary, accident. â What is it?'

âSorry to be a bore. I was going to leave it till the morning butâ'

âI say I was going to leave it till the morning, but I wanted a private word about Read, and in the mornings he's usually hanging around â¦ Is Lynn with you?'

âI want to have a serious chat with you about Read sometime. It looks to me that he hasn't learned a thing from the mess up we had in February. If he's going to go on shoving people round into different jobs all the time he'll muck up delivery dates again. You remember yesterday afternoonâ'

âLook,' I said; âI'm sorry, Frank, this'll have to wait until morning.'

There was an offended pause at the other end.
âI'm
sorry, if I've barged in on somethingâ'

âIt's not that, butâ' I tried to swallow back my impatience. âI have got something on just at the moment, and anyway it's a bit late to begin on family politics isn't it. How about facing it over a spot of lunch tomorrow?'

âSorry, I'm booked for lunch.' I knew he wasn't.

âThen see me as soon as I've settled in. About ten. Remind me when I get in, will you?'

I hung up sharply. If he was upset, what the hell. I thought I would make one more call. I rang Ray French.

Ray answered it himself. I could hear a piano going in the background.

âThis is Mike Granville,' I said. â I suppose you haven't seen anything of Lynn today, have you?'

âWait a jiffy.' There was a pause. The piano stopped in mid-phrase. âShades of Carl Philip Emmanuel. What did you say?'

âI haven't
seen
her. I rang her about six this evening but alas, no reply. What's the matter, have you lost her?'

âTemporarily. She's probably out somewhere and forgotten the time. I thought I'd check just in case you were the culprit.'

âNo, old boy. What hour is it? Yes, it's late for a little girl to be out. Sure your phone can
receive
calls?'

âYes, I've just had one. Never mind, I expect she'll turn up any minute now. Thanks.'

âLynn did say when she telephoned me on Monday something about being away this weekend. I said I might drop in on Saturday with some brand-new records she'd ordered and she said she might be away then. But of course you'll know about that.'

I said, to give myself time to think: âWell, it's only Thursday night yet, isn't it?'

âOf course. Anyway when she does turn up ask her to ring me in the morning, will you.'

When someone isn't home when you expect them to be, when after a decent interval they still don't turn up and send no message and have left no note, it's natural to get a bit anxious. But there's still a lack of decisive event. There's no warning blip on a radar screen. There's no exact moment before which it was silly to ring the police or the nearest hospital and after which it's silly not to. Your ears are all the time waiting for the click of the door, the quick familiar footstep and the breathless glove-peeling apology.

True by Riikka Pulkkinen
The Dandelion Seed by Lena Kennedy
The Sistine Secrets by Benjamin Blech, Roy Doliner
Points of Origin by Marissa Lingen
Clarity (The Admiral's Elite Book 3) by HK Savage
The Wrong Girl by Hank Phillippi Ryan
The Myst Reader by Robyn Miller
The Emperor's New Pony by Emily Tilton
Dorothy Eden by Speak to Me of Love
Red Knight Falling by Craig Schaefer
Our partner