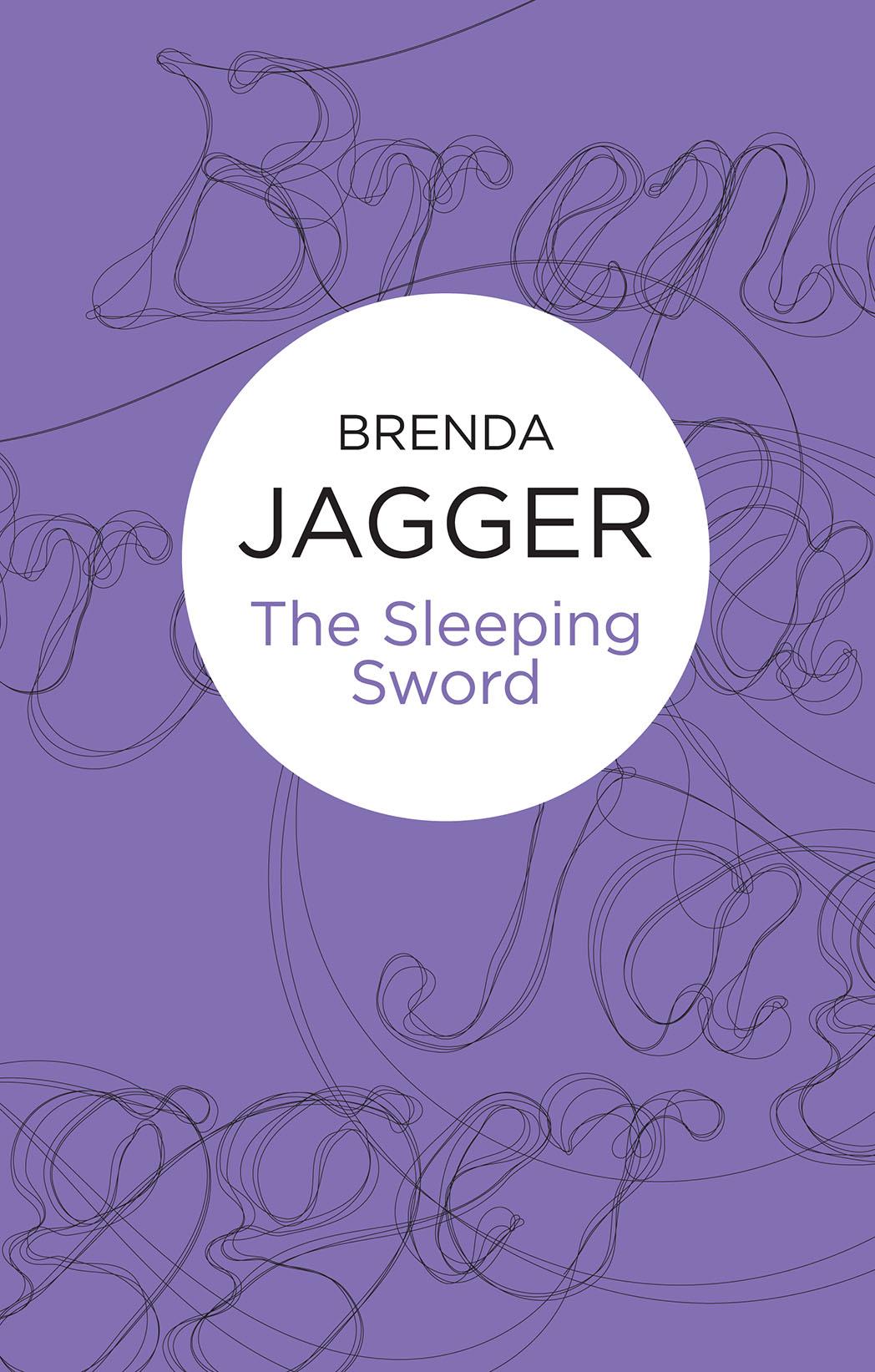 Brenda Jagger was a writer of historical fiction, best known for her three-part âBarforth'family saga.

Jagger was born in Yorkshire, which was the setting for many of her books including
Barforth
. The recurring central themes of her work are marriage, womanhood, class, identity, and money in the Victorian Era.

Her work has been praised for its compelling plots and moving storylines as well as its exacting emotional descriptions. Her later novel
A Song Twice Over
won the Romantic Novel of the Year Award in 1986.

To Marjory
who was with me every step of the way

It would have been easier, perhaps, had my father's wife been a truly wicked woman, in which case I could have detested her with a whole heart and a clear conscience. But her villainy was of a mild enough variety, the result, mainly, of her desire to be my father's wife rather than the mother of his child. And, in all fairness, it must be said that I made no great effort to be lovable.

Her name, when first we knew her, was Mrs. Tessa Delaney and she was a handsome woman of large proportions, very smooth and wise and persuasive; not virtuous, of course, in any conventional sense since she had first taken up residence in our thriving factory city under the protection of one of its most distinguished aldermen, the elderly, childless and reputedly self-indulgent worsted-spinner, Mr. Matthew Oldroyd of Fieldhead Mills. Yet their affair had been so discreetly conducted that even the Oldroyd relatives came to regard it on the whole as a good thing, the keeping of so sensible a mistress being preferable in their eyes and working out much cheaper than the greedy sixteen year olds to which his aging fancy had hitherto been prone.

Indeed, the Oldroyd nephews and nieces who certainly expected to inherit his money would have been much inclined to offer Mrs. Delaney some material token of their gratitude at the endâallowed her to keep his watch or even the lease on the house he had taken for herâhad not his last will and testament revealed that for the twelve secretive and shameful months before he died she had been no mistress at all but Mr. Matthew Oldroyd's second and decidedly legal wife.

Clandestine marriages, need it be said, did not suit the taste of our plain-spoken, strait-laced town of Cullingford in the County of Yorkshire, and there had been immediate talk of breaking the Oldroyd will. And even when the Oldroyd lawyer, my father Mr. Jonas Agbrigg, declared himself unable to place any legal obstacle in the lady's way when she proceeded to move into the mill-house at Fieldhead, it was felt that she would not reign there long. After all, she had cheated the Oldroyd nephewsâCullingford men every oneâout of their rightful inheritance and if the Law as represented by Mr. Jonas Agbrigg could not touch her then surely a Greater Law might be relied on to prevail? Surelyâand Cullingford men were deeply moved by thisâFate could not allow any female so rapacious, so cunning, to actually
enjoy
her ill-gotten gains?

But the proud, easy carriage, the clear skin and excellent white teeth we had seen in Mrs. Delaney continued to flourish in the new Mrs. Oldroyd to such a degree that my father, who had won a reputation for shrewdness rather than kindness of heartâalthough he was always kindness itself to meâmarried her as soon as he was able, thus making himself absolute master of her fortune and creating a scandal of a magnitude rarely seen in the cautious, conventional Law Valley.

No-one thought any the worse of a man who married for money, since most men did so, and a widower with an eleven year old daughter to raise and whose ambitions had always been larger than his pocket, could not afford to be too romantic when it came to matrimony. But my father's hasty union with Mrs. Delaney marked him not merely as a fortune-hunter but as a conspirator. And Cullingford had a thing or two to say about that.

He had been Matthew Oldroyd's lawyer, after all, and Cullingford well remembered how completely Mr. Oldroyd had trusted him. He had certainly been aware of the secret ceremony which had transformed Mr. Oldroyd from Mrs. Delaney's lover, who might have left her a few hundred a year, to a doting husband who had bequeathed her everything. Even more certainly he had been aware of Mr. Oldroyd's new will, signed in my father's office on that furtive wedding morning, when the decaying bridegroom had virtually disinherited every one of his relations, his first wife's family it was true, not his own blood kin, but decent Yorkshire folk just the same who had deserved better of him than that. And afterwards my father had moved quietly through Cullingford's dining-rooms and drawing-rooms, a close-mouthed man accustomed to secrets, listening as the Oldroyd nephews hinted at their plans for Fieldhead Mills, for the railway shares and brewery shares, the coal deposits and bank deposits of which Mr. Oldroyd had been so amply possessed.

He had listened without comment, without encouragement, but when the awful truth burst upon them the mere fact that he had listened at all was enough to condemn him. He was marrying the whore Delaney not for her money but for
theirs
; for the fortune which he, with his lawyer's cunning, had helped her to steal from a bemused and senile man. They had conspired togetherâ
of course
they hadâMr. Jonas Agbrigg and Mrs. Tessa Delaney, the cool, fastidious man of law, the mature and sensible Jezebel, and Cullingford did not intend to countenance treachery such as that. No Cullingford woman of any standing would ever receive the new Mrs. Agbrigg, at least so they said and probably believed, while Cullingford men would be interested to see what use the Cambridge educated Jonas Agbrigg might make of his Latin and his Greek in the spinning-sheds at Fieldhead.

My father's own mother, my outspoken and unbending Grandmother Agbrigg and my grandfather, who had several times been mayor of Cullingford, would not attend the wedding and retired soon afterwards to Scarborough unable to tolerate their son's disgrace. My mother's mother, my dainty and sentimental Grandmamma Elinor, could not bring herself to attend either and she too, with a rapidity I could not help associating with these painful nuptials, soon lost her taste for Cullingford, exchanging her house in imposing but narrow-minded Blenheim Lane for a villa in the South of France. Only my mother's sister, Aunt Faith, was present in the Parish Church on my father's wedding day among the Fieldhead managers and their wivesâproving they knew on which side their bread was butteredâand a handful of others, Mr. Septimus Rawnsley of the Cullingford Commercial Bank, Mr. Outhwaite, a local architect who could not afford to ignore the rumours of repairs and extensions at Fieldhead; a few ecclesiastical gentlemen who believed in the forgiveness of sinners, a few commercial gentlemen for whom the only real sin was poverty and who could detect no trace of it in the regal bearing of my father's bride. While I, banished to the seaside for the duration of the honeymoon, felt my solid, reliable world turn suddenly to an uncertain angle and then start to slip awayâas my grandparents, my home, my father's good name, our shared and precious affection had slipped awayâbetween my hands.

My memories of my mother at that time were recent and uneasy for she had died only a year before my father's second marriage and it was a matter of great concern to me that I did not really miss her. She had been an invalid since my birth, tense and timid and often very low in spirits, the tumult of her nerves demanding drawn curtains, hushed voices, a great walking-on-tiptoe on my part through her sufferings which oppressed me, sometimes annoyed me and then instantly filled me with guilt. And I knew two things about her relationship with my father; that he was not happy with her and that he had been lucky to get her.

My father was the academically brilliant son of a man who had risen from great poverty to become a mill-manager, a rise quite astonishing in itself although never quite enough to satisfy the social ambitions of Grandmother Agbrigg who had decided very early to make at least a cabinet minister out of her son. And since a mill-manager can earn so much and no more and political careers are notoriously expensive, it had been essential for my father to marry well, his choice falling on my motherâMiss Celia AycliffeâI suspect because she had been very young, exceedingly innocent, and so crammed full of romantic notions that she had been ready to fall in love with the first person who asked.

She had brought him a substantial dowry for her father had been a master-builder, responsible for the erection of most of Cullingford and its environs, and he had left his widowâmy pert little Grandmamma Elinorâand his daughters very well provided. But the dowry had been sufficient only for the purchase of a suitable house and a partnership with a local solicitor, my mother's interests had all been domestic, her disposition retiringânot at all the stuff that cabinet ministers'wives are made ofâand they had not been content together.

Perhaps he felt she had given him less than he deserved. No doubt, in her view, he had received more than any man in his position could reasonably expect, for, money apart, she had brought him family connections worth their weight in gold. Her own family, the Aycliffes, were themselves people of enormous local consequence. Their cousins, the Barforths, were the most powerful industrialists the Law Valley had ever known, the Barforth brothers, Nicholas and Blaizeâwho had married Aunt Faith, my mother's sisterâappearing to own outright or to have a controlling interest in everything of value in Cullingford. While the Barforth sister, my Aunt Caroline, being unable to compete on the battleground of commerce on account of her sex, had chosen to devote her quite formidable energies to the pursuit of social advancement, becoming Lady Chard of Listonby Park, thus widening our horizons by allying us to the landed gentry.