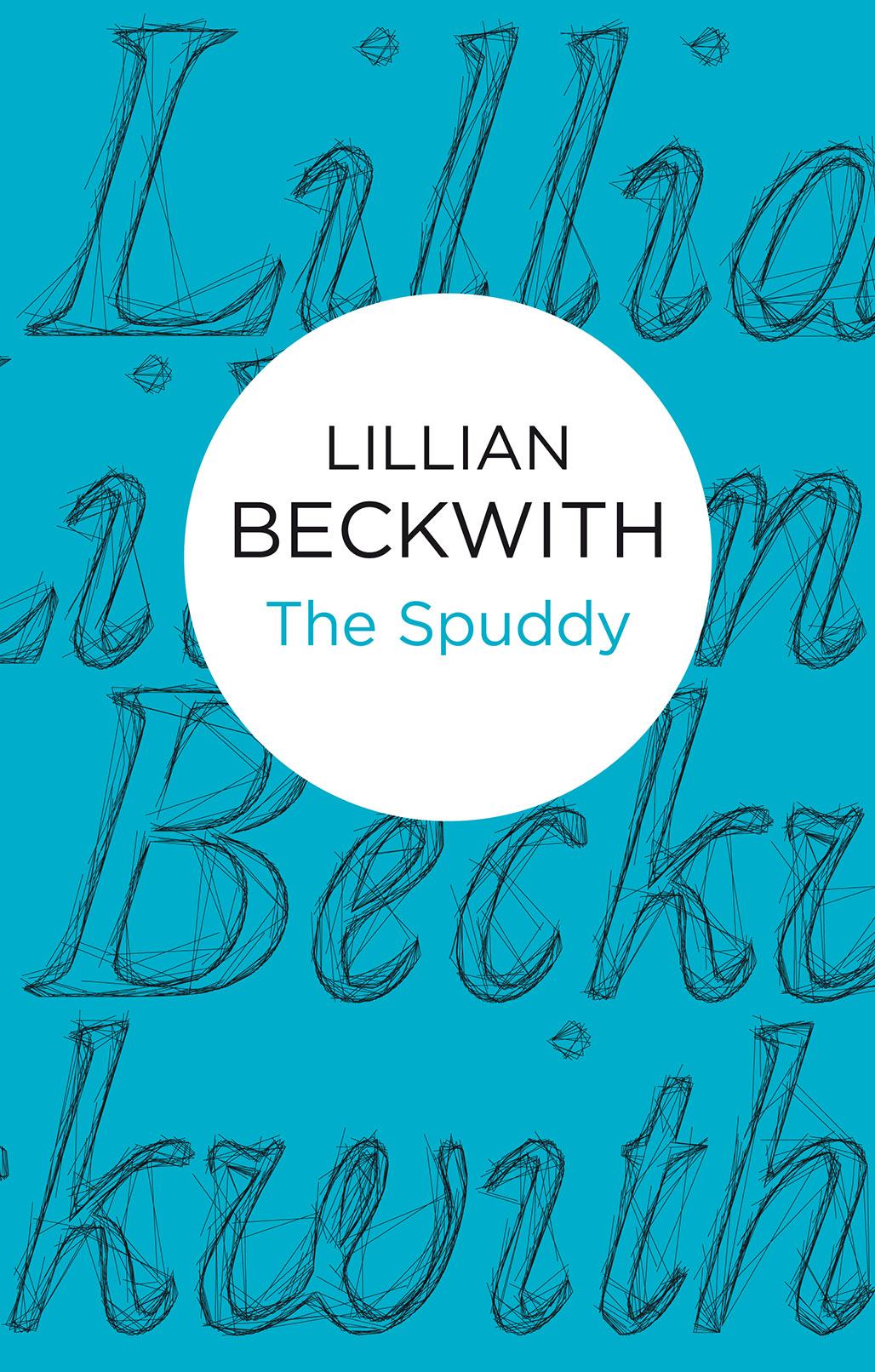 Lillian Comber wrote fiction and non-fiction for both adults and children under the pseudonym Lillian Beckwith. She is best known for her series of comic novels based on her time living on a croft in the Scottish Hebrides.

Beckwith was born in Ellesmere Port, Cheshire, in 1916, where her father ran a grocery shop. The shop provided the background for her memoir
About My Father's Business
, a child's eye view of a 1920s family. She moved to the Isle of Skye with her husband in 1942, and began writing fiction after moving to the Isle of Man with her family twenty years later. She also completed a cookery book,
Secrets from a Crofter's Kitchen
(Arrow, 1976).

Since her death, Beckwith's novel
A Shine of Rainbows
has been made into a film starring Aidan Quinn and Connie Nielsen, which in 2009 won âBest Feature' awards at the Heartland and Chicago Children's Film Festivals.

In memory of âThe Spuddy'

When Joe died Marie Glenn decided to say goodbye to her home in the brisk little fishing port of Gaymal and take herself off to begin a new life in Glasgow. All she was leaving behind was her husband's dog, âthe Spuddy', a thick set, grey-black mongrel which he had brought home as a puppy four years previously. He was called âthe Spuddy' simply because Joe had been in the habit of describing anyone who was, in his opinion, more than a little astute, as a âSpuddy' and when the dog had begun to display a remarkable intelligence Joe had observed repeatedly, his voice full of admiration. âHe's a real Spuddy, that one'. So âthe Spuddy' he had become. Despite his hybridism (Joe used to say his coat looked as if someone had dipped him in a barrel of glue and then emptied a flock mattress over him) the dog had an air of aloof self-assurance emphasized by an arrogantly held head and a long droop of a setter-like tail which, as he moved with his easy sauntering gait, swung from side to side with the stateliness of an ermine cloak.

The bond between Joe and the Spuddy had never developed into devotion on either side for though he had housed him, licensed him and seen that he was well fed, Joe's feeling for the Spuddy was mostly approbation linked with an absent minded sort of affection while the Spuddy, accepting that he had an owner but not a master and too proud to beseech that which was not offered, retaliated by according to Joe the forbearing protectiveness he might have bestowed on a child.

Joe had worked as a fish porter down at the pier and thither the Spuddy had loyally accompanied him on six mornings of every week with such regularity that people said the dog ought to be drawing the same wages as the man. And certainly the Spuddy proved himself useful. If anything was dropped into the harbour and needed to be retrieved Joe had only to call the Spuddy's attention to it and at once, winter or summer, storm or calm, the dog would plunge in. Once he had saved a child who was in danger of drowning and people had made a fuss and said he ought to have a medal but since no one outside Gaymal got to hear of the rescue and since Gaymal itself forgot the incident within a week or two there never was any medal for the Spuddy to wear on his collar. Apart from the Spuddy's skill at retrieving Joe valued the dog's company because he performed two self-imposed but important tasks on the pier. Firstly he kept all loafing dogs from fouling the boxes of fish that were waiting to be loaded on to the lorries â a job he accomplished with snarling efficiency. Indeed the only time the Spuddy behaved aggressively towards other dogs was when he caught sight of them sniffing too urgently around the full boxes of fish. He ignored their interest in the piles of empty boxes since these would all be hosed clean before being used again but let any dog incautiously loiter too near the full boxes and the Spuddy would be swiftly upon him sending him yelping and racing for safety. His second task was to keep the seagulls away from the newly landed boxes of fish, a task he performed with boisterous venom for if there was anything in this world that the Spuddy had learned to hate it was the omnipresent rapacious gulls. When, among the hurry and bustle of landing fish from the boat, the weighing and auctioning, the gulls converged piratically upon the boxes of silvery fresh fish, the Spuddy would be there leaping with lightning snaps and spitting out feathers while he dodged the beaks that jabbed at him from all sides. He was responsible for many damaged wings among the local gulls and once, when he had caught the wing of a greater black-back and refused to let go, the gull had somehow managed to pull him over the side of the pier and into the harbour. But the Spuddy had held on and, while the fishermen and fishporters ceased work to watch, the contest continued among a great splashing of water and a chorus of cries from the black-back and from spectator gulls. The battle lasted all of five minutes and then the Spuddy, his nose red with his own blood, swam back to the pier steps, leaving the dead black-back floating on the water and the harbour patterned with white gull feathers.

After Joe died the Spuddy appeared to go into semi-retirement, and though he still visited the pier from time to time to assess the activities he usually arrived in the late morning when the boats were at sea and the gulls, either hungry or gorged, arranged themselves in a white frieze along the roof ridges of the sheds and shops that adjoined the pier. It was almost as if he had called a truce with the birds. He still went home for his meal each day as soon as the clock struck twelve just as he had always done with Joe. He continued to sleep on the mat inside the porch, but Marie, who had made no secret of her aversion to dogs, and who had been appalled when Joe had insisted on introducing the Spuddy into the household had, even after four years, conceived no real liking for the dog. For Joe's sake and because she considered it her duty she still put out the Spuddy's meal every day but not for anybody's sake, she vowed, was she going to take him to Glasgow with her.

âYou couldn't keep a dog like the Spuddy in a room and kitchen high in a Glasgow tenement,' she told her friends. âNot even if you wanted to â which she certainly didn't.'

She had made one or two irresolute attempts to give him away but Gaymal was a stony-hearted place where dogs were tolerated as playthings for the children only until the children were of an age to be packed off to school. Then the dogs became a nuisance and were disposed of speedily and without compunction. The few people who professed to like dogs acquired them as status symbols and were unlikely to give a home to a non-thoroughbred. Effie, one of Marie's neighbours, had summed up the problem with soulless clarity.

âWhat? Give a home to a beast that's as much an accident as a rabbit on the moors?' she had shrilled derisively at Marie's tentative suggestion that she might take the Spuddy. âIndeed if folks is goin' to be bothered with a dog then they want one that has a decent pedigree so that everyone will know it's cost good money.'

Marie accepted the truth of Effie's assertion. In those days, not long after the war, the fishermen of Gaymal were prosperous and they had to ensure that everything they possessed not only cost money but could be seen to have cost money. âYou'll just have to have him put down before you go,' Effie had insisted. But Marie, briskly matter of fact as she was, somehow recoiled from the idea.

âI don't know indeed,' she said, shaking her head. âJoe wouldn't have liked me to do that.' The mention of Joe brought tears to her eyes.

âThere's nothin' else you can do, is there?' pursued Effie, more gently though at seeing the tears. âGive him to one of the boats and get them to weight him and throw him overboard when they're well out to sea.'

âIt doesn't seem right, that,' objected Marie hesitantly. âAfter all, the beast hasn't been much trouble. I think the best thing to do is just to leave him here. He's always been kind of independent and I daresay he'll make out.' She paused, seeing Effie's lips tighten. âHe'd get plenty of offal down at the pier,' she resumed, âand the boats throw out plenty of food into the harbour he could get for himself. He wouldn't starve.'

âIf you leave him to stray round here folks will soon get fed up with him an' it won't be long before one of the boats takes him out to make an end of him,' Effie told her. âYou'd best just give him to the Cruelty an' then he'll be off your mind.â

Effie glared at her. âI'm no dog lover myself,' she asserted, âbut to my mind it's not so cruel to have an animal put down as it is to leave him to stray after once givin' him a home.' She turned towards her own front door. âBut I daresay I might just as well save my breath to cool my porridge,' she said as she inserted the key. âYou softhearted folks make your own troubles, always takin' the easy way out.' The door closed firmly behind her.

Fire Angel by Susanne Matthews
Acts of Mutiny by Derek Beaven
The Ghost Orchid by Carol Goodman
Signs of Life by Melanie Hansen
Mind Blind by Lari Don
Stacy Matthews - Dear Mary 01 - Think Twice Before You Order by Stacy Matthews
The Accidental Prime Minister: The Making and Unmaking of Manmohan Singh by Baru, Sanjaya
The Abbey by Culver, Chris
The Last Girls by Lee Smith
Rare Earth by Davis Bunn
Our partner