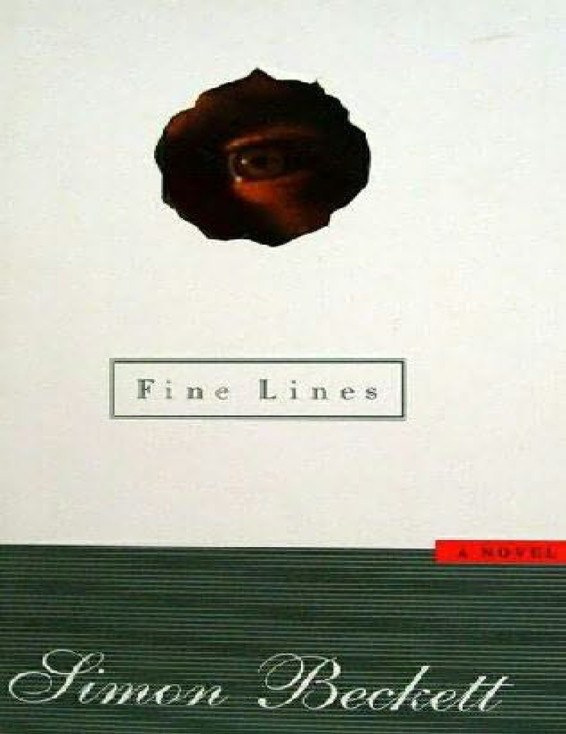 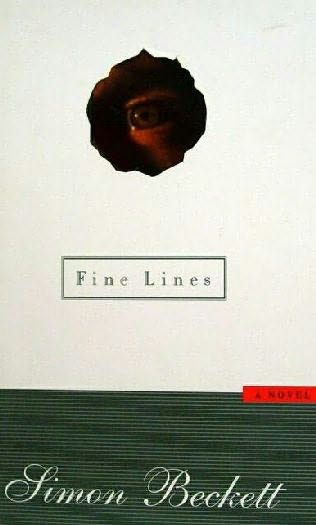 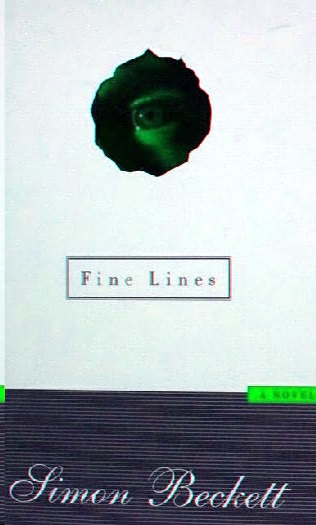 Anna and Marty were very obviously in love, and when I decided to end their relationship I knew I would need help. I had neither the skil nor the experience necessary to attempt such a task on my own.

Fortunately, I knew someone much better qualified.

Zeppo did not remember me when I telephoned, which was not altogether surprising. We had met, but only twice, and I am not the sort of man who makes a lasting impression.

Zeppo, however, was quite the opposite.

I arranged to meet him in a restaurant just off the West End. He was late, and I was turning the waiter away for the second time when he final y arrived.

I signal ed to him and he strol ed over, apparently unaware of the looks he received from the other diners. But he walked just a little too slowly and a little too deliberately to be entirely unconscious of them.

He greeted me pleasantly enough, but made no apology for his lateness.

I chose not to mention it.

"You're looking very tanned," I said. "Have you been away?"

"I've just got back from Italy." His eyes strayed around the room as he spoke. Checking his audience, I thought.

"It pays the rent. And it beats working for a living." The waiter appeared and handed him a menu. I ordered a wine I thought should be expensive enough to impress. "So. You said you'd got a business proposition," Zeppo said, once the waiter had gone.

I had hoped to wait a little longer before broaching it. "Why don't we discuss it over the meal? There's no rush, is there?"

He shrugged. "I'm just curious to know what it is, that's al ." I opened my menu. "Shal we at least order first?"

"I'd rather you tel me now, if you don't mind. Put me out of my suspense." He gave me a rather flat smile. Reluctantly, I closed the menu again.

"As you like." I made a minute adjustment to my cutlery. "The thing is, I … ah, want to hire your services." From the look on his face I realised he was jumping to the wrong conclusion.

"It concerns a girl," I added, hurriedly.

He seemed amused by my awkwardness.

I felt a tickle in my throat and coughed to clear it. "My assistant. At the gal ery. It's, ah... wel , it's a rather difficult situation, actual y." I cleared my throat again, conscious of Zeppo's faintly condescending smile. There was no easy way to say it. I plunged on.

"I want you to seduce her." Whatever he had been expecting, it was not that. His amusement vanished. "You what?"

"I want you to seduce her." I felt my face burning. Although, from what I knew of Zeppo, I had no cause to be embarrassed.

He was about to speak when the waiter reappeared. I sampled the wine and pronounced it acceptable without tasting it. Zeppo waited until he left, then leaned forward.

"Is this a joke? Has someone put you up to this?"

"Oh, no." I shook my head emphatical y to convince him. "No, it's no joke." He stared at me. "Let's get this straight. That's the "business proposition" you said you'd got? You want to hire me to sleep with someone?" I looked around to make sure no one could hear. "Ah ... yes, that's right."

"How wel ?" I told him. He looked surprised. "You'd give al that, just for me to go to bed with this girl?" I nodded. "Why?" I attempted a shrug. "Let's just say I disapprove of her current boyfriend."

"Wel ... yes." He gave a stunned laugh. "I can't believe this. I hardly even know you, and now you're calmly asking me to sleep with somebody, because you don't like who she's going out with?"

"I realise it's an unusual request. That's why I'm offering such a large sum."

"This is..." He shook his head, mutely. "Why are you bothered who she goes out with anyway?" I tried to sound nonchalant. "Anna's a beautiful and intel igent girl.

She can do better." He snorted. "Oh, come on. You're not doing this out of the goodness of your heart. What's the real reason?" I hesitated, feeling myself blush again. "I find Anna ...

very attractive. But I realise a young girl like her is hardly going to be interested in a middle-aged man like me. I accept that. What I can't accept is seeing her throw herself away on someone who doesn't deserve her. I find that intolerable." Zeppo frowned. "But you're asking me to go to bed with her. If you fancy this girl yourself won't that bother you?"

"Not as much as the thought of her with him." Some skepticism stil lingered on his face, so I added, "Apart from anything else, you would only be temporary. And it would split them up. That's the main thing." That was not entirely true. But it was a motive Zeppo could easily believe. He appeared to accept it. "You've real y got it in for the poor sod, haven't you? What have you got against him?"

"I haven't anything against him personal y. He's just not the sort of person I think is suitable for Anna, that's al ."

"In what way? Social y? Intel ectual y? What?" I fussed with my napkin. "Physical y." A look of understanding came on to Zeppo's face. "And if you've got to stand back while she goes off with anyone else, you'd rather it be someone good looking. Is that it?"

"I wouldn't have put it quite like that. But yes." He smiled, drily. I took a drink of wine, and was surprised to find my glass nearly empty. I refil ed it. "So how close is she to this boyfriend?" Zeppo asked.

"Very, I'm afraid. They haven't known each other long. Less than a year, at most. But they're living together, and as far as I can tel they're both infatuated." I paused. "How much of a problem do you think it'l be?"

He twirled the stem of his wineglass. "Why ask me, anyway? I've only spoken to you at a couple of parties. What made you think I'd be interested?" There was an edge of suspicion to his voice. But I had been prepared for that.

"You're a model. You're used to living off your looks. This isn't real y so very different. Besides which, you were the only one who sprang to mind. I don't know many people who might be suitable for this sort of thing. I'm only an art dealer. I don't move in those sort of circles." There was also another reason for choosing him. But I would keep that to myself. For now.

He watched the wine swirl in the glass. "Suppose I say no?"

"Then I'l have to find someone else, obviously." I hoped I sounded unconcerned. "I've told you how much I'm prepared to pay. And it's hardly an unpleasant ordeal. I dare say I shouldn't have too much difficulty finding someone wil ing to do it. But it would save trouble if it was you." Zeppo accepted this without comment. I tried to gauge his expression, without success. "How soon can you give me an answer?" I asked.

"Is there any rush?"

"Oh no," I lied. "But if you're not interested I'l have to make other arrangements. So the sooner I know where we stand, the better." He contemplated his glass again. I noticed the waiter hovering and waved him away. "Where are the toilets?" Zeppo asked, abruptly.

"Ah … I think they're through there." He pushed back his chair and went out. I picked up the menu and went through the motions of reading it without understanding a single word.

I put it down and took a drink of wine instead.

Zeppo seemed to be gone a long time. I was glad when he reappeared in the doorway. This time he scanned the room openly as he crossed it.

"So how old is this girl, anyway?" he asked, as soon as he sat down.

"And you say she's good looking."

"Oh yes. Very. At least, I think so." Zeppo nodded to himself. His right hand rested on the table, fingers drumming an erratic beat. There was a subtle change in his manner. He seemed more decisive than before. I tried not to raise my hopes.

"Cash, cheque. Whatever you like." He was silent again. His fingers continued tapping out their uneven tattoo. I waited. Suddenly he grinned.

"That was the general idea, wasn't it?" I hoped he could not see how relieved I was. "Oh good," I said, letting my breath out slowly. I smiled at him. "More wine?" Anna had worked at the gal ery for nearly four months. For the first three of those I hardly noticed her. She had simply been another assistant, the latest in a long line of young women I had hired to help out over the years. So long as she remained punctual and reasonably competent, nothing else concerned me. The fact that she was attractive was incidental and unimportant.

My attitude towards sex had always been one of indifference. Even as a young man I had no great interest in the subject, and what little curiosity I had went unanswered until my mid-twenties, when I misguidedly hired the services of a prostitute. The experience was distasteful and I felt no inclination to repeat it. Instead, putting the incident behind me, I concentrated on a more dignified outlet for my energies. Art.

For a time I had aspirations of becoming an artist myself.

Unfortunately, my talent seemed to lie more in appreciation than application, a fact which merciful y led me to abandon my own attempts before they became too embarrassing. I was disappointed,

but realistic. I reasoned that if I could not make a career from my own work, I could at least do so from other people's. I already owned a modest col ection of oils and watercolours.

The next step seemed obvious. I became a dealer.

But that piece, and subsequent ones, seemed to possess a subtlety and charm completely lacking in the physical act. It impressed me in a way mere fornication never had.

I entered middle age content with my life. I had everything I wanted:

a flourishing business, and a private, harmless passion that I could afford to satisfy. I neither wanted nor saw any reason why my situation should change. And, had I not been absent-minded one evening, it might never have.

I had left Anna to close the gal ery while I went to an auction. It was by invitation only, and halfway there I realised I had left mine in the office. Annoyed, I turned back for it.

I expected the gal ery to be empty. It was past closing time when I returned, and I presumed Anna would have already gone home. I parked in the al eyway around the back and let myself in. The building was in darkness. Two flights of stairs led up to the office, one from the gal ery at the front, the other from the storeroom at the rear. At the foot of the latter I switched on the light, and the bulb blinked and went out. Exasperated, I began to climb the stairs in the dark, and was almost at the top before I realised there was a light on in the office.