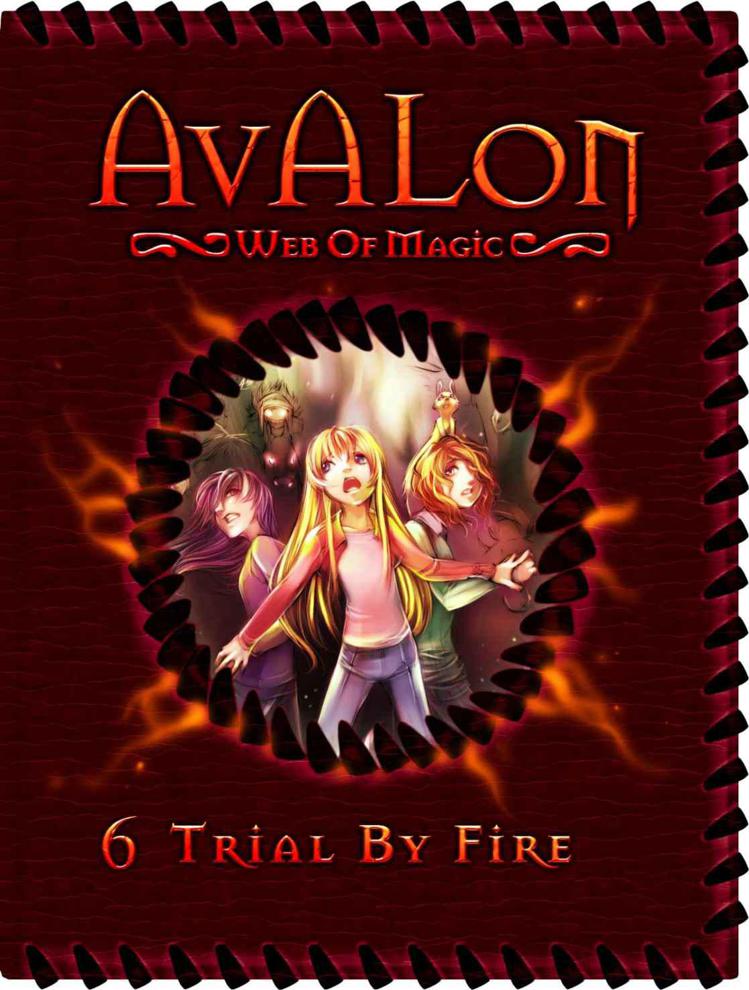 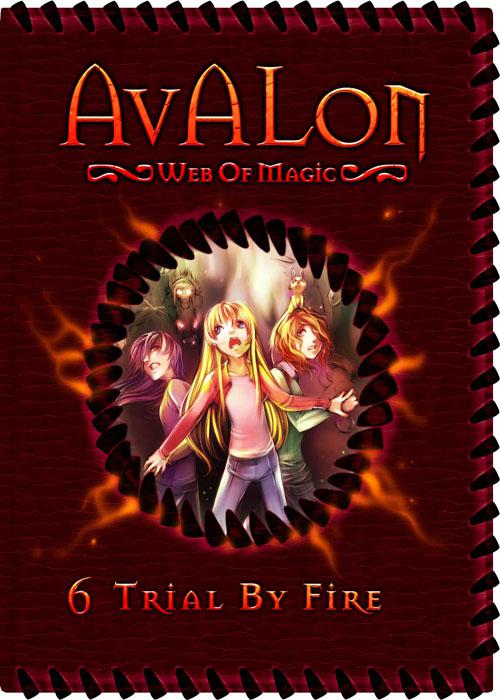 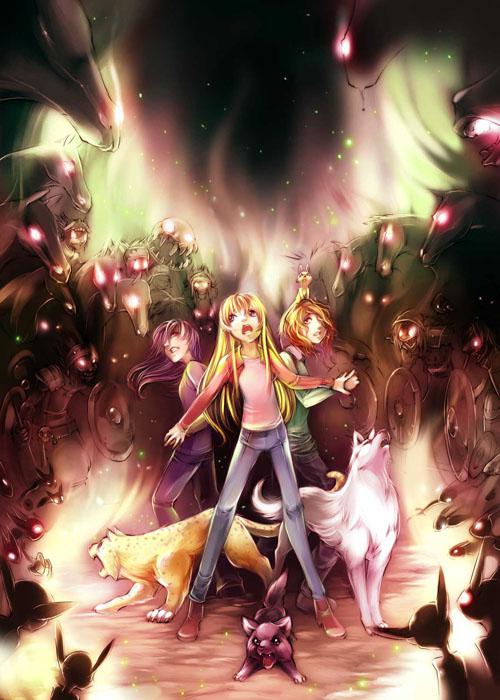 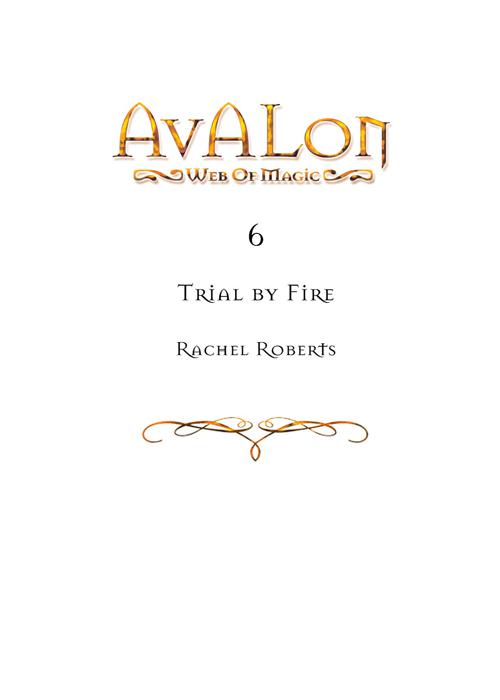 All rights reserved. No part of this book may be reproduced or transmitted in any form or by any means, electronic or mechanical, including photocopying, recording, or by any information storage and retrieval system, without written permission from the publisher, except where permitted by law. 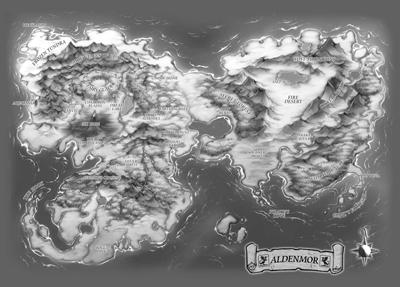 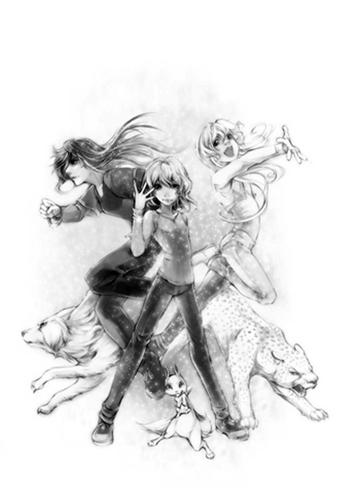 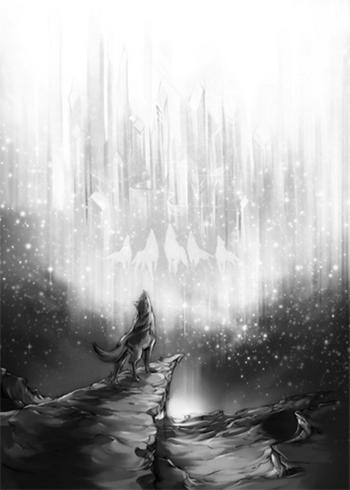 D
ARK CLOUDS SLID
over twin moons, covering the night like a blanket. Behind the swirling mist, stars fell like tears as earth, mountain, and sky faded away.

A lone howl pierced the blackness.

Once tens of thousands strong, the pack now numbered little over one hundred. Since the erosion of magic from Aldenmor, the mistwolves had been hunted, feared as enemies, and slaughtered by creatures that had risen in the shadows of darkness. With his ears pressed back, Moonshadow felt what his ancestors had once felt. He knew what they had known. The mistwolves were strong, proud protectors. Then, as now, they were the guardians of Aldenmor.

Above, colors rippled across the heavens as if strewn by some painter’s wild brush. Fiery red, ocean blue, brilliant yellow, and deep forest green curled and danced, a pulsating patchwork that flowed across the sky.

Faint howls, a chorus of spirits, echoed from the past, rising into one song, the collective song of ages: the wolfsong.

The night trembled as mistwolves, hundreds, then thousands strong, thundered down the spirit trail.

Swept into the song of the mistwolves, the power of the mystical vision grew and Moonshadow ran. Towering canyons, fertile plains, immense forests full of life swept past as the spirit pack came upon the land’s edge, where sand and sea met, where worlds joined. Thousands of mistwolves stood upon the beachhead, ghostly forms glistening before the crystal city. Sparkling towers rose, catching glints of sun and spray. Creatures of untold power and magic inhabited the city, sharing its wonders with the world of humans. Families of griffins and dragons circled the skies. Unicorns big and small ran free through the resplendent gardens playing with human students of magic. Sea dragons and merfolk crested the tides, waving and smiling as the pack stood at the edge of forever.

“My spirit sings to be with you!”
the lone mistwolf cried out.

“Take from the past and lead us into the future, Moonshadow.”

Lightning flashed—the broken city lay in pieces. And in the half-light, every tower was covered in webs. Spiders climbed over the ruins, weaving darkness onto the magic web itself. He could hear the pack singing, mournful weeping howls, as they faded. Now holding only memories, the home of magic closed like a tomb.

Moonshadow, leader of the mistwolves, sat alone on the peak of Mount Hope. Tilting his head toward Aldenmor’s rising sun, the mighty packleader tried to draw as much strength from his ancestors as he could. But the vision had ended.

At last, the mistwolf opened his golden eyes. Moonshadow’s heart ached. The once glorious realm of Aldenmor lay before him in ruins—ravaged by Black Fire, devoid of trees and grass, burnt and scarred by the dark magic.

Moonshadow howled into the wind, crying for what was lost. His cry lingered, echoing across the Shadowlands. Then all was silent.

For a moment, sweet smells of fresh grass, cool springs, and new life filled the air. Moonshadow knew then what his spirit vision meant. Even in the darkest hour, the spirit pack’s images spoke of hope, of humans and magical creatures working together as in ancient times. Moonshadow held the promise of hope to his chest as he shook morning dew from his coat. He felt the cool object dangling around his neck. The fairy map, a magical talisman given to him by the Fairimentals and Adriane, his human wolf sister. He’d been using the fairy map to guide the pack through the portals on Aldenmor in an attempt to defend the land from the Dark Sorceress. She was rapidly destroying the planet, stealing magic from the animals and storing it in giant crystals. Controlling so much dark magic was extremely difficult—her earlier attempts had failed, causing massive Black Fire fallout. But now she had three stable crystals—waiting for an influx of magic.

Even with the help of the fairy map, the battle to protect Aldenmor was slowly being lost. Time and magic were running out.

The facets of the talisman flashed and twinkled in the rays of the morning sun. Moonshadow thought of his vision and suddenly wondered if the map had been given to him for a different purpose altogether. Yes, he was sure of it. This fairy map, given to him to protect, was a key to the salvation of Aldenmor—and of Avalon.

Suddenly, the fur on the back of Moonshadow’s neck stood up. He sniffed at the air. Something smelled foul. Perhaps wafts of further decay from the Shadowlands—the howl cut through his thoughts as a giant gray mistwolf broke through the brush.