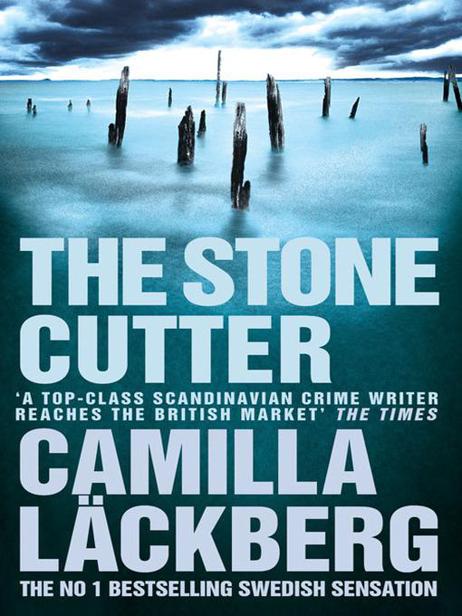 Fjällbacka’s lobster fishery was no longer the proud institution it used to be. Back then hard-working professionals were the only ones trapping the lobsters, but now summertime visitors came to spend a week fishing purely for their own enjoyment. No one obeyed the regulations anymore. He had seen so much appalling behavior over the years. Sometimes he wondered whether there was any honor left among lobstermen. They would brush visible roe from the females to make the lobsters look legal, and poachers stole from other people’s catch. Some people even dove into the water themselves and plucked the lobsters right out of the pots. Once, he had found a bottle of cognac in the pot he pulled up, the lobsters themselves having been stolen. At least that thief had some honor, or maybe a sense of humor.

Thinking about all of this, Frans Bengtsson sighed deeply as he stood hauling up his catch, but his face brightened when he saw the two marvelous lobsters in the first pot. He knew he had a good eye for where lobsters tended to congregate, and he had a number of favorite spots where the pots could be placed every year with the same luck.

Three pots later, he had accumulated a passable heap of the valuable creatures. He didn’t really understand why lobsters commanded such scandalous prices. They were perfectly edible, but if he had to choose something for dinner, he’d rather have herring, which were tastier and a better buy. But the income from lobster fishing was a more than welcome addition to his pension at this time of the year.

The last pot seemed to be stuck, and he braced his foot on the boat rail for more support as he tried to wrench it loose. He felt the pot slowly begin to give, and he hoped it wasn’t damaged. As it rose through the water, he peered over the rail of his old wooden
snipa
to see what sort of shape the pot was in. But it wasn’t the pot that came up first. A white hand broke the heaving surface of the water and looked for a moment like it was pointing at the sky.

His first instinct was to release the line and let both the hand and the pot vanish into the depths. But then his expertise took over, and he resumed his pulling. He still had a good deal of strength in his aging body, and he needed it. He had to haul with all his might to maneuver his macabre find over the rail. He didn’t lose his composure until the pale, lifeless body fell to the deck with a thud. It was a child: he’d pulled a child up from the sea. A girl, with her long red hair plastered round her face, and lips just as blue as her eyes, which now stared unseeing at the sky.

Bengtsson flung himself against the rail and vomited.

Patrik was more exhausted than he’d ever thought possible. All his illusions that babies slept a lot had been thoroughly crushed in the past two months. He ran his hands through his short brown hair but managed only to make it look even more tousled. And if he thought
he
was tired, he couldn’t even imagine how Erica must feel. At least he didn’t have to keep getting up at night to nurse. He was really worried about her. He hadn’t seen her laugh since she came home from the maternity ward, and she had dark circles under her eyes. Every morning when he saw Erica’s look of despair as he prepared to head to the station, it was hard for him to leave her and Maja. Still, he had to admit that he was always relieved to be able to drive off to his familiar adult world. He loved Maja more than anything, but life with a baby was like a foreign world, with all sorts of unfamiliar worries lurking behind every corner. Why won’t she sleep? Why is she shrieking? Is she too hot? Too cold? What are those strange spots on her skin? Grown-up hooligans were at least something he knew about, something he knew how to handle.

He stared vacantly at the papers in front of him and tried to clear the cobwebs out of his brain enough to keep working. When the telephone rang, he almost jumped out of his seat, and it was on its third ring before he collected himself enough to pick up the receiver.

Ten minutes later he grabbed his jacket from a hook by the door, dashed over to Martin Molin’s office and said, ‘Martin, some old guy out pulling up lobster pots, a Frans Bengtsson, has brought up a body.’

‘Whereabouts?’ Martin said, confused by the dramatic news. It had been a listless Monday morning at the Tanumshede police station.

‘Outside Fjällbacka. He’s moored at the wharf by Ingrid Bergman Square. We have to get moving. The ambulance is on its way.’

Martin didn’t have to be told twice. Slipping on his jacket to face the bitter October weather, he followed Patrik out to the car. The trip to Fjällbacka went quickly, and Martin clung to the handle above the door as the car careered around the sharp curves.

‘Is it a drowning accident?’ Martin asked.

‘How the hell should I know?’ said Patrik, instantly regretting snapping at Martin. ‘Sorry, not enough sleep.’

‘That’s okay,’ said Martin. Thinking about how worn out Patrik had looked the past few weeks, he was more than willing to forgive him.

‘All I know is that she was found about an hour ago. According to the old man, it didn’t look like she’d been in the water very long. But we’ll see about that soon,’ Patrik said as they drove down Galärbacken toward the wharf, where a wooden
snipa
was moored.

‘Oh, shit,’ said Martin, wishing he’d stayed in bed with Pia instead of coming in to work this morning.

They parked at Café Bryggan and hurried over to the boat. Incredibly enough, no one had yet noticed what had happened, so there was no need to ward off the usual gawkers.

‘The girl’s lying there in the boat,’ said the old man who came to meet them on the wharf. ‘I didn’t want to touch her more than necessary.’

Patrik had no trouble recognizing the pallor on the old man’s face. He looked the same himself every time he was faced with a dead body.

‘Where was it you pulled her up?’ asked Patrik, stalling a moment before having to confront the dead girl. He hadn’t even seen her yet, and already his stomach was turning over.

‘Out by Porsholmen. The south side of the island. She got tangled in the line of the fifth pot I pulled up. Otherwise it would have been a long time before anyone found her. Maybe never, if the currents had swept her out to sea.’

It didn’t surprise Patrik that Bengtsson knew how a dead body would react to the effects of the sea. All the old-timers knew that a body first sank, then slowly came up to the surface as it filled with gases, until finally the gas dispersed and it sank back into the deep. In the old days, drowning had been a real risk for a fisherman, and Bengtsson had surely been out searching for unfortunate victims before.

As if to confirm this, the lobsterman added, ‘She couldn’t have been down there long. She hadn’t begun to float yet.’

Patrik nodded. ‘You’d mentioned that. Well, I suppose we’d better have a look.’

Martin and Patrik walked very slowly out to the end of the wharf. They were almost at the boat before they had enough of a view over the rail to see the body. The girl had landed on her back when the old man pulled her into the boat, and her wet, tangled hair covered most of her face.

‘The ambulance is here,’ said Patrik, glancing over at Martin.

Martin nodded feebly. His freckles and reddish-blond hair seemed several shades redder against his white face as he fought to keep his nausea in check.

The grayness of the weather and the gusting wind created a ghastly backdrop. Patrik waved to the ambulance team, who seemed in no hurry to unload the gurney from their vehicle.

‘Drowning accident?’ The first of the two EMTs nodded inquiringly toward the boat.

‘Yes, it looks like it,’ replied Patrik. ‘But the medical examiner will have to make that call. There’s nothing you can do for her, in any case, besides transporting her.’

Patrik nodded. He had always thought that tragedies involving child victims were the worst things a police officer could encounter on the job, and ever since Maja was born this feeling had multiplied a thousandfold. Now his heart ached at the thought of the task that lay before them. As soon as the girl had been identified, they would have to destroy her parents’ lives.

The medics hopped down into the boat. They carefully picked the girl up and lifted her onto the wharf. Her hair fell away from her face and fanned out on the planking, and her glazed eyes seemed to be watching the scudding gray clouds.

At first Patrik had turned away, but now he reluctantly looked down at the pale face. Then a cold hand gripped his heart.

Martin looked at him in dismay, until it dawned on him what Patrik meant. ‘You know who she is?’

Agnes never would have dared to say it out loud, but sometimes she thought it was lucky that her mother had died when she was born. That way she’d had her father all to herself, and considering what she’d heard, her mother might have been harder to manipulate. But as it was, her father didn’t have the heart to deny his motherless daughter anything. Agnes was well aware of this fact and as she grew she exploited it to the utmost. Certain well-meaning relatives and friends had tried to point this out to her father, but even when he did make half-hearted attempts to tell her no, sooner or later her lovely face won out. Once those big eyes of hers welled up with tears, his heart would relent, and she usually got what she wanted.

As a result she was now, at nineteen, an exceptionally spoiled girl. People who had known her over the years would quietly admit that she had quite a nasty side, though it was mostly the girls who dared say things like that. Boys, Agnes had discovered, seldom looked further than at her beautiful face, big eyes, and long, thick hair.