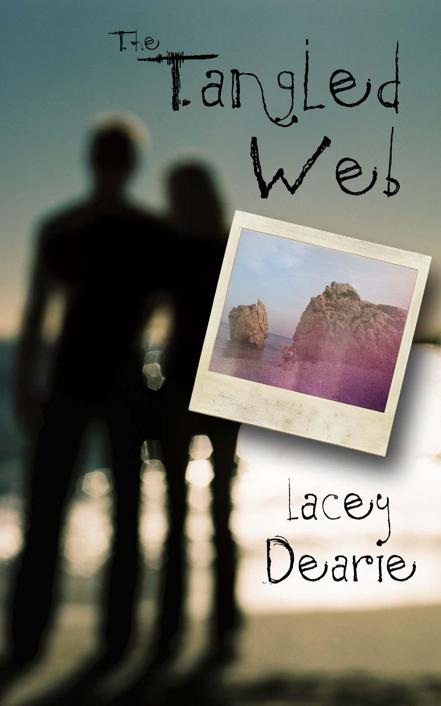 Meet
Vicky: Single mother, aspiring novelist, undertaker…and glamorous, seductive
private investigator.  She and trainee plumber Flic forge the perfect partnership.
They trap cheaters, report back to the wives and girlfriends, rake in the cash
and then Vicky blogs about it all.  The best thing about their job is it’s all
done online, so it won’t interfere with their real lives and relationships.

Well,
that was the plan.

What
they didn’t count on was their first investigation being turned around on them
so that they were the ones being investigated and written about - in a national
newspaper.  Soon, their loved ones want a piece of their secret lives and they
discover that Vicky’s family are less than helpful as sidekicks.  Her goofy
brother Adam discovers the real reason why Flic wants justice for women
virtually scorned and invites the woman who destroyed Flic’s happiness five
years ago to become a client, with catastrophic consequences for all involved
in the business.  Meanwhile Vicky’s gobby sister Pamela is given a fake
assignment to trap Christos, Vicky’s confidante, to keep her out of the way and
makes an unsavoury discovery about him in the process.

“The story rattles along at a satisfying pace and the twists
and turns will keep you guessing up until the end. Download this story, you
won't be disappointed.”
L K Jay, Author of
The Ghost Hunters Club

For my son, Luke and my husband, Alex

Unlimited
hugs and kisses to my wonderful husband Alex and our son Luke.  Thank you for
putting up with me and my diva strops while I’ve been writing.

Special
thanks to my parents and sister for all the cruise ship memories that kept me
inspired when I struggled to remember the real Lumi.  I hope we can dream up
more characters together on future trips.

Pink
champagne cocktails to Leanne Garvey at Aubrey Kirkham Funeral Directors for
providing an insight into the world of being a female funeral director.  Thanks
also to everyone at The Louis King Jason and Mr Chicken in Paphos for inspiring
the Cypriot part of the novel.

Huge
thanks and Wee Beasties to Michael King McGee for designing the cover.  Without
you I’d have been lost in a world of matchstick men and badly spaced
lettering.

Finally,
thank you to everyone who inspired me to write.  It was me sitting at the
computer but you all wrote this book too.

This is a story about vibrators.

Apparently the first thing you must do as a writer is grab
the reader’s attention with a fabulous opening.  The opening of this blog is my
attempt to grab your attention with shock tactics.  If I’m ever to make it as a
novelist, I have to attract interest in some way.

I’m aware it’s an appalling cliché but I thought I might
make a fresh start this year with a new blog.  It’s time to inject a little fun
back into my writing.  So instead of publicising my thoughts and feelings
(which is probably a bad idea when you’re as dreary as me), I’ll blog events -
just like I used to.

I spent Hogmanay reading blogs of yesteryear and having a
glass from the bottle of wine I’d confiscated from Pamela and one of her
demonic little friends.  I didn’t start drinking until I was old enough to go
to pubs but Pamela and her friends are practically alcoholics already.  They
didn’t seem too bothered that I’d confiscated their booze.  Her friend was more
miffed that I’d taken her Bag For Life, which makes me think they had more
alcohol stashed in Pamela’s room.

This is not about vibrators, I hear you say.  I’m getting
there.

So, there I was looking after my baby girl, at home, alone,
on Hogmanay.  I wished I was out getting pissed somewhere, declaring my love to
the barman, someone I just met in the toilet or a lamppost.  That probably
wouldn’t have been fun since it would undoubtedly end in a hangover, but I
wished for it anyway.  What did I do to take my mind off my loneliness?  I
cleaned.

I’m not O.C.D. about cleaning.  I just had nothing better
to do.  I started finding things that brought back waves of nostalgia and
reminded me of a time when I actually enjoyed life; back when I had a social
life, a boyfriend I spent time with, hopes, dreams, and opportunities.

The sadder I became, the more intense the cleaning got.  What
started as a wee tidy up turned into dusting my chandelier, cleaning skirting
boards and tackling
the drawer
.

Everyone has their own version of
the drawer
somewhere in their house.  It’s that one drawer where you shove everything you
don’t have a place for and you then forget about it.  Until one night, feeling
despondent and slightly tipsy on one glass of wine and wondering why your baby
has chosen
now
to sleep when she could have slept through the
supermarket visit earlier instead of screaming her head off, you tackle the
cleaning of
the drawer
.

It was a decision I would later regret.

I ate all the Magnums, put the remains of the wine in the
fridge and went to bed, thankful that the night-feed stage of Sasha’s life is
over and I can get a full night’s rest.

This morning I woke up with a head like a bag of frogs.  I
don’t know why.  I only had one glass of wine.  I lay in bed for half an hour,
scared to move in case the frogs moved from my head to my stomach and made me
chuck-up.  I was feeling sorry for myself.  On a night when I should have been
with friends or my special someone, I’d been cleaning, while my parents
downstairs complained that New Year isn’t what it used to be and my baby sister
was in the room next to me having her own private party.  My old school friends
have all married and settled down, with the exception of Scarlett who flits
from one disastrous relationship to the next.  My ex, Colin, is (according to
Foursquare) in South Africa caring for vervet monkeys.  My secret crush is
achingly unavailable.  And Ian, my excuse for a boyfriend, is someone I haven’t
met yet.

That’s right.  I haven’t yet met my special someone.  Ian
and I talked about meeting at New Year.  It would be romantic.  Then he called
it off.  Celebrating with his mates, he said.  He was at a friend’s house.  It
was boys only.  It was tradition.  They do it every year.

It sounded a little bit girly to me.

There came a point when I had to get up because Sasha
voiced her objections to hunger.  I fed and dressed her and planned to spend
the morning playing with her.  Then my phone’s waiting message light caught my
eye and got the better of my curiosity.  What I saw when I opened my inbox
changed my plans.  I had umpteen emails from Tête-a-net notifications – none of
which made any sense.

But I was confused.  Someone was replying to a hidden
comment after “mine.”  Why couldn’t I see the whole conversation?  Had someone
blocked me?  The comment was on a holiday snap posted by one of Ian’s mates.  I
couldn’t work out who had been sufficiently pissed off to warrant a block.

Of course, I then did what any normal person would do.  I
created a profile for my dog, Bidean, befriended myself, and then viewed the
picture as a friend of a friend.  Being a neutral user meant I could see ALL
the comments.

After I had done so, I really wished I hadn’t.  The bile
which had threatened to make an appearance all morning finally did and I rushed
to the toilet.  I can’t explain how much turmoil I was in at that moment.  I
had all the usual symptoms; head spinning, stomach churning, palms sweating.

In horror, I grabbed it, peered round the bathroom door and
found my mother on the other side.

‘Oh, you found it.  I was just coming to get that out of
sight again before your Gran arrives,’ she breezed.

I gave her my best what-the-hell-is-going-on look.

‘He has no idea what it is.  I explained it wasn’t mine, it
was yours.  He thinks it’s a massager for your back, from that time you had to
lift Mr. What’s-his-name when you were on call last month and hurt yourself.’

It’s true, I am prone to backache.  I struggle to lift the
heavier people, even when there are more than two of us attending.  It’s an
occupational hazard of being an undertaker.

When Night Falls by Airicka Phoenix
We Were Never Here by Jennifer Gilmore
ALL THAT HE WANTS (Volume 1 The Billionaire's Seduction) by Thorne, Olivia
Making Up by Tess Mackenzie
Fire Ice by Clive Cussler, Paul Kemprecos
Matt Drake 11 - The Ghost Ships of Arizona by David Leadbeater
Darkness by West, Kyle
The Sunflower: A Novel by Evans, Richard Paul
Eat, Drink and Be Buried by Peter King
Cafe Nevo by Barbara Rogan
Our partner