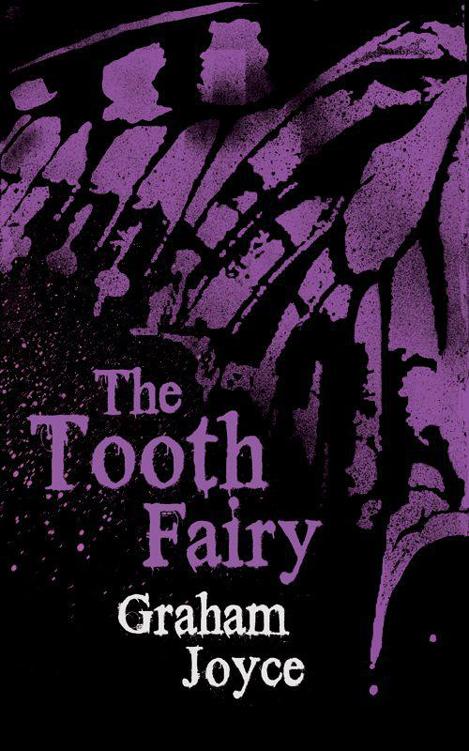 If you liked this, try:

So
ng of
K
ali

If you liked this

Chapter 11: In the Saddle

Chapter 18: Odour of the Female

Chapter 28: Out of the Woods

Clive was on the far side of the green pond, torturing a king-crested newt. Sam and Terry languished under a vast oak, offering their chubby white feet to the dark water. The sprawling oak leaned out across the mirroring pond, dappling the water’s surface with clear reflections of leaf and branch and of acorns ripening slowly in verdant cups.

It was high summer. Pigeons cooed softly in the trees, and Olive’s family picnicked nearby. Two older boys fished for perch about thirty yards away. Sam saw the pike briefly. At first he thought he was looking at a submerged log. It hung inches below the surface, utterly still, like something suspended in ice. Green and gold, it was a phantom, a spirit from another world. Sam tried to utter a warning, but the apparition of the pike had him mesmerized. It flashed at the surface of the water as it came up to take away, in a single bite, the two smallest toes of Terry’s left foot.

The thing was gone before Terry understood what had happened. He withdrew his foot slowly from the water. Two tiny crimson beads glistened where his toes had been. One of the beads plumped and dripped into the water. Terry turned to Sam with a puzzled smile, as if some joke was being played. As the wound began to sting, his smile vanished and he began to scream.

Clive’s mother and father, in charge that afternoon, were lying on the grass, he with his head in her lap. Sam ran to
them. Clive’s father lifted his head to see what the commotion was all about.

‘Terry’s been bitten by a green fish,’ said Sam.

Clive’s father scrambled to his feet and raced along the bank. Terry was still screaming, holding his foot. Mr Rogers kneeled to part Terry’s hands, and the colour drained from his face. Instinctively he put Terry’s tiny foot to his mouth and sucked at the wound.

Clive’s mother quickly joined her husband at the scene. The two boys who’d been fishing laid down their rods and wandered over to take a look. ‘What happened? Did he fall in?’

Clive was still on the other side of the pond. Sam called him over. Mr Rogers, hands trembling, fumbled for a handkerchief. He tied it around the bleeding foot, lifted Terry in his arms and jogged back towards the housing estate.

Clive arrived, breathless. ‘What is it?’

‘Come on,’ his mother said sharply, as if Clive were somehow to blame. She gathered up her picnic blanket and marched the boys from the field. The two older boys were still asking what had happened, but she was tight-lipped.

Sam followed behind her, understanding that Terry was only five and life had taken away two of his toes, presumably for ever. He hoped for better luck for himself.

Clive’s father jogged the half mile to Terry’s caravan. There Terry lived with his mother and father and with his twin brothers, who were not yet nine months old. The Morrises inhabited a rust-bucket Bluebird caravan in an untidy garden behind a cottage. They paid a small ground-rent to the owner of the cottage, an old man who never came out of his house. Sam lived in one of a row of semi-detached houses running up to the cottage, seven street-numbers away from Terry.

The caravan rested on a pile of red housebricks where the wheels should have been. It butted up against a hedge, as far
from the cottage as possible. Holes made by various animals and marauding children punctured the hedge, behind which sprawled a scrubby piece of waste ground. Whatever status Mr Morris had dropped by living in a caravan he reclaimed by owning a sports car. Sam’s father certainly couldn’t afford a car in those days, and neither could Clive’s old man. It seemed to the boys something of an injustice that both Clive’s and Sam’s fathers worked in a car factory and didn’t possess a car, yet Terry’s father, whose work was a mystery to everyone, was the proud owner of a spoke-wheeled, soft-top MG glinting in the yard alongside the rusting caravan.

That Sunday afternoon, Eric Rogers carried the still blubbering Terry down from the pond and snatched open the caravan door to find the Morrises engaged in a private act. The twins slumbered in their cot. Mr Morris swore as Mr Rogers backed out with his whimpering bundle, yelling that they should come and take care of their son. Chris Morris emerged wild-eyed, struggling with the zip of his trousers. Moments later he’d bundled Terry into the back of the MG and was revving the engine. Mrs Morris, coitally crimson, stepped out of the caravan in a faded silk dressing-gown, her mahogany curls spilling everywhere, insisting she go with them. Then she remembered the twins snoozing in the cot. Mr and Mrs Morris started screaming at each other before Mr Morris sped off to the City General Hospital.

But what could be done? At the casualty ward they dressed Terry’s tiny foot and gave him an anti-tetanus jab. They stroked his golden hair and told him to be a brave soldier. They had no spare toes to offer.

‘A pike?’ the doctor repeated in disbelief. ‘A pike, you say?’

Nev Southall, Sam’s father, saw the green MG return from the hospital. Having heard the story from Sam, he dithered for fifteen minutes before going round to see how things were with the boy. He found Chris Morris in a state of high agitation, lashing a Stanley knife to a broom handle.

‘What are you doing?’

‘I’m going up the road and I’m going to get that pike.’

Nev looked at the Stanley knife and the pole and at the net Morris had spread out on the floor, and his heart sank. If there was something he knew a thing or two about, it was catching fish. ‘Not with that thing you won’t.’

‘It’s all I’ve got.’ Chris slung the pole and the net in the back of his car.

Nev knew it was a hopeless waste of time, that pike number among the most difficult of fish to catch, even with good tackle. But he couldn’t let Chris go back up to the pond alone. ‘Wait. I’ve got some gear. Let’s try to do it properly.’

Nev picked up a couple of rods and reels, a good-sized landing net and his basket of equipment. With Sam in the back of the sports car they roared up the lane to the pond. It was already after five o’clock in the afternoon. The sun had become a pallid yellow disc floating low in the sky, flooding the pond with diffuse light. Sam showed them where the incident had happened.

‘You could fish this for years and not get him,’ Nev said, setting up the rods. Chris Morris wasn’t listening. He was staring into the dark waters, landing net poised, as if he thought the pike might oblige by leaping into it.

Sam noticed that his father did all the talking and Terry’s father said nothing. He just kept staring into the gloomy pond-water. Dusk came. Nev felt he’d made his gesture. He’d had enough of this nonsense.

So Nev and Sam left Chris Morris prowling the darkening bank of the pond and made their way down the lane on foot.

‘Will he catch the pike?’ Sam said, well after they were out of earshot.

‘Not a chance in hell,’ said his father.

Where Terry limped, Clive flew. Clive, torturer of newts, was what was popularly known as a ‘gifted’ child. If his parents had been nuclear scientists or Oxbridge dons, this ‘gift’ might have seemed less like a curse to his father Eric, who toiled on the assembly line at the Humber works, and to his mother Betty, who served part-time in the local Co-op, slicing bacon and stacking shelves.

Tolerating aggressive correction from anyone younger than oneself is difficult at any time, but Clive’s habit of improving his parents’ imperfect store of knowledge began when he was four years old, shortly before the time Terry lost two of his toes to a pike. By the time Clive went to school it was widely trumpeted that he could read the daily newspaper. Whether this meant that, like most adults, he dipped into the tabloids every morning while only half awake, or that he scrutinized the quality broadsheets from political comment to sports report and then completed the crossword before breakfast, was not known. But by the time he was five he was said to read newspapers.