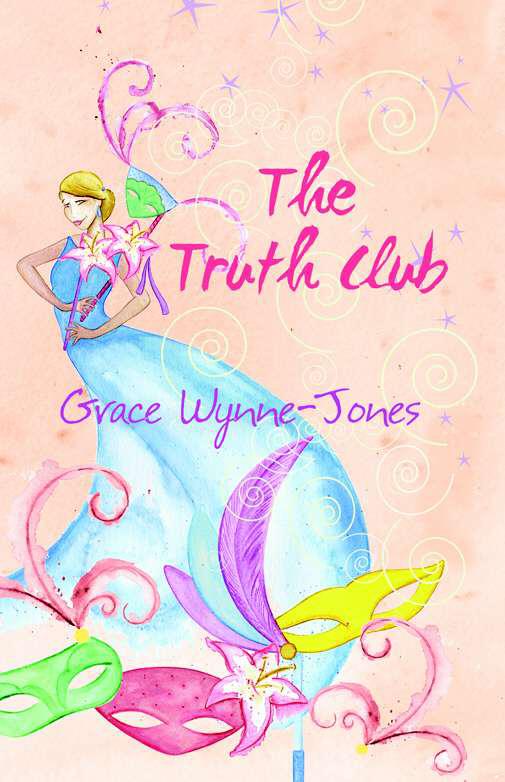 The Truth Club is a tender, wry look at families, truth and love. Marriage seems to have stirred up all sorts of weird longings in Sally Adams. On the surface she seems to have everything she needs to be happy....so why is she guzzling so many chocolate biscuits and dreaming of elsewhere?
She has good friends, an interesting job and an almost brand new husband. Then a chance encounter with a stranger makes it all too clear that life could have been so different if she had followed her heart. She begins to wonder if the key to fulfillment lies not in the present but in the past.
Over fifty years before, Sally's Great-Aunt DeeDee, the official black sheep of the family, disappeared. When Sally uncovers a scandal that has left deep fault lines in her family she begins to understand the legacy of lies and secrets that are echoed in her complicated relationship with her sister, April. As she unravels the mystery she begins to see what she has been hiding from. And she learns that to be who she truly is and to find her soul mate, she must be honest...and she must be brave.

The right of Grace Wynne-Jones to be identified as the author of this work has been asserted by her in accordance with the Copyright, Designs and Patents Act 1988

All the characters in this book are fictitious, and any resemblance to actual persons, living or dead, is purely coincidental
.

All rights reserved. No part of this book may be reproduced, stored in a retrieval system or transmitted in any form or by any means, electronic, electrostatic, magnetic tape, mechanical, photocopying, recording or otherwise without prior written permission from the publisher: Accent Press, The Old School, Upper High Street, Bedlinog, Mid Glamorgan, CF46 6SA

Grace Wynne-Jones was born and brought up in Ireland and has also lived in Africa, the US and England. She has a deep interest in psychology, spirituality and healing and she also loves to celebrate the strangeness and wonders of ordinary life and love. She has frequently been praised for the warm belly-laugh humour and tender poignancy in her writing and has been described as ‘a novelist who tells the truth about the human heart’.

Her feature articles have appeared in many magazines and national papers in Ireland and in England and her radio play
Ebb Tide
was broadcast on RTE 1. Her short stories have been published in magazines in Ireland, England and Australia, and have also been broadcast on RTE and BBC Radio 4. She is the author of four critically acclaimed novels:
Ordinary Miracles
,
Wise Follies
,
Ready Or Not?
and
The Truth Club.
Some of her fiction has also been translated into German, Russian and Indonesian. S
he has written and broadcast many radio talks and is also the producer and presenter of two forthcoming radio documentaries. She has been included in the book
Sunday Miscellany A Selection From 2004 – 2006
(New Island). She also contributed to the travel book
Travelling Light
(Tivoli).

A big thank you goes to my agent Lisa Eveleigh for all her support, encouragement and help with this book.  Loads of thanks also go to Hazel Cushion and Bob Cushion of the wonderful Accent Press and to Joelle Brindley for the lovely jacket artwork. I also send my brother Patrick Wynne-Jones a big printed hug for his kindness and understanding.

Thanks too go to Eve Dolphin, Leo Rutherford, Richard Offutt, Julie Turner, Philip Casey, Lin Kirk, Gwynnie, Leo Rutherford, Liz, John, Joe Keveny, John Cantwell and Karen Ward, Alison Walsh, Tana Eilis French, the Ulster Bank and the friendly folks at Teignmouth Library, and to Alberto Villoldo for his inspiring teachings about healing and Shamanism. Love and light is sent to my various ‘helpers’ and to the characters in this novel who taught me so much. I also thank my lovely relatives and pals in the U.K. and Ireland and U.S.A. for being so supportive. My dear friend and former neighbour, Maura Egan, passed away in 2004.  She was a wonderful woman who will be sorely missed by her family and many friends in Little Bray. I so enjoyed our chats and cups of tea and I was so grateful for her kindness.

PRAISE FOR
THE TRUTH CLUB
:

‘…Grace Wynne-Jones has written an entertaining, intelligent and genuinely funny story…this is a great read, especially for commuters...guaranteed to shorten any journey.’ THE IRISH TIMES

‘It (‘The Truth Club’) manages to achieve something that most chick ‘lit’ doesn’t. It makes you want to read past the half-way point. And most unusually, you even find yourself wanting to read right to the end, as opposed to finishing it out of a sense of tidiness, as you would the last biscuit on the plate…there are shades of an intense Anne Tyler novel about it, especially in Sally’s intimate assessment of her relationship with her husband, which is mature and insightful…If ‘The Truth Club’ were a dessert, it would be a tiramisu: multi-layered, and definitely substantial, with some surprising elements to it. Ultimately satisfying…’ EVENING HERALD

‘The terrain of ‘The Truth Club’…is the fragility of the human heart, the conflicting loyalties that relationships bring, the choices that we make or simply fail to....a delicate exploration of being human.’ THE IRISH EXAMINER

‘...a novel which by turns had me laughing (aloud) entranced and, by the end a little bit wiser than I was at the beginning. In ‘The Truth Club’ Grace Wynne-Jones has produced a book in which the eclectic characters almost leap from the pages…the book also contains a perfect man, Nathaniel, who ‘almost always’ says the right thing…’ IRELAND ON SUNDAY

‘In the latest crop of chick-lit beach reads…Grace Wynne-Jones comes out top with her quirky new novel ‘The Truth Club’. Her characterisation is always amusing and the plot is delivered with warmth and a healthy sense of the ridiculous…it’s Ms Wynne-Jones’s cutesy sense of humour that makes this book so tasty.’ THE SUNDAY INDEPENDENT

‘It is a tour de force.’ KATIE FFORDE

Warriors 04 - Rising Storm by Erin Hunter
Whispers by Rosie Goodwin
Taking a Gamble on Three of a Kind (Siren Publishing Ménage Everlasting) by Kalissa Alexander
Dancing With Monsters by M.M. Gavillet
Racers of the Night: Science Fiction Stories by Brad R. Torgersen by Brad R. Torgersen
McCullen's Secret Son (The Heroes Of Horseshoe Creek Book 2) by Rita Herron
I'm Having More Fun Than You by Karo, Aaron
PRIMAL Nemesis (Book 2 in the Redemption Trilogy, A PRIMAL Action Thriller Book 6) (The PRIMAL Series) by Jack Silkstone
Destiny of Coins by Aiden James
The Story of Junk by Linda Yablonsky
Our partner