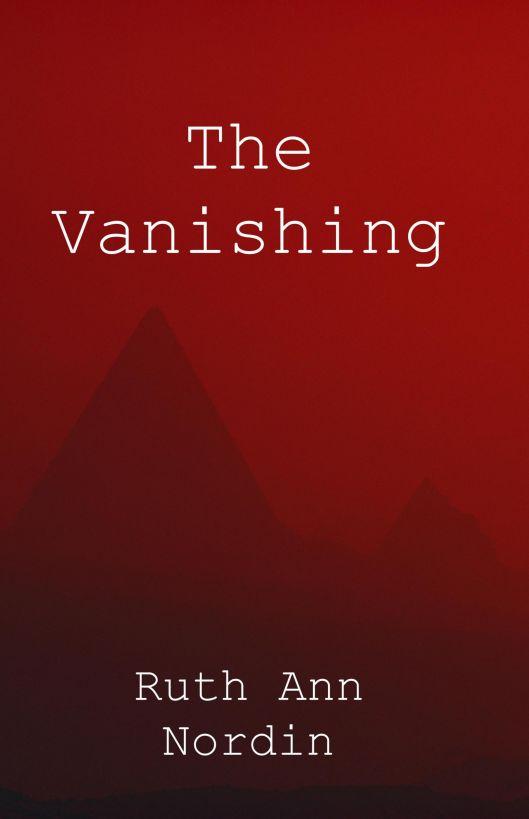 Return of the
Aliens

All rights reserved. No part of this
book may be reproduced or transmitted in any form or by any means,
electronic or mechanical, including photocopying, recording, or by
any information storage and retrieval system, without permission in
writing from the copyright owner.

This is a work of fiction. Names,
characters, places and incidents are either the product of the
author’s imagination or are used fictitiously, and any resemblance
to any actual persons, living or dead, events, or locales is
entirely coincidental.

This ebook is licensed for your
personal enjoyment only. This ebook may not be re-sold or given
away to other people. If you would like to share this book with
another person, please purchase an additional copy for each person
you share it with. If you’re reading this book and did not purchase
it, or it was not purchased for your use only, then you should
return to Smashwords.com and purchase your own copy. Thank you for
respecting the hard work of this author.

“
You know what they say.
‘Always a bridesmaid; never a bride.’” Autumn Daniels made the joke
even though it hurt. For some reason, she assumed she’d be married
before Marianne.

Marianne laughed. “You’re not the
bridesmaid. You’re the maid of honor.”

“
Thanks for the reminder.”
She walked over to the closed door of the dressing room in the
bridal shop. “How does the dress fit? Do we need to make any
alterations?”

Autumn did as her sister bid and
smiled. “You will make a lovely bride next week. Alex is lucky to
have you.”

“
It’s good to know you
didn’t let that law degree get to your head.”

“
Ha ha.” Marianne turned
to face her. “Your time will come.”

She rolled her eyes. “Why is it that
only women who are engaged or already married say that?”

“
You know what your
problem is?”

“
That there are no good
men left?”

Marianne reached up and
brushed the strawberry blond hair out of Autumn’s eyes. “Your
problem is that you never let men see you.
Really
see you.” She took out a
barrette from her hair and slipped it into Autumn’s. Motioning to
the mirror, she added, “It doesn’t take much to attract
attention.”

“
You have a gift for
making things look better than they are.”

She shrugged. “Maybe. Maybe not. The
problem could be that you don’t know your worth. Men pick up on
that, you know.”

Autumn decided it was pointless to go
through this discussion again. How could her little sister
understand? She wasn’t even thirty yet. Resisting the urge to
settle into her all-too-familiar depression, she gave her sister a
quick hug. “I better find out if the saleswoman ever found your
veil or not.”

Marianne nodded and turned back to the
mirror.

When Autumn left the dressing room
area, she noticed that the saleswoman was at the counter, staring
at her monitor. Hiding her agitation that the employee slacked off
at work, Autumn approached her and tapped the veil in her hands.
“Is this for my sister?”

The woman jerked. “Oh! You scared me. I
thought you were one of them.”

She frowned. “One of them?”

She waved for Autumn to join her. “Take
a look for yourself. This is a live feed off the news.”

Curiosity got the best of Autumn so she
obeyed. When her gaze lowered to the computer screen, she slowed
her steps. “Is this a movie trailer?”

Once Autumn could read the words on the
screen, she verified that the source wasn’t a spoof. “Are the other
news stations reporting the same thing? Do you have a
television?”

“
Right over there in the
corner.”

Autumn hastened to the small area by
the window and changed the channel from the cooking show to all the
news stations she knew about. She had to be dreaming. This kind of
thing didn’t happen...not in real life. This couldn’t be real! And
yet, even as she wanted to deny it, the proof was right in front of
her.

Aliens. Little grey men. And President
Jordan was making the announcement right at the United
Nations.

She jerked and spun around.

Her sister’s fiancé laughed. “You look
like you’ve seen a ghost.”

“
Well...” Her gaze drifted
back to the television resting on the small table by the wedding
catalogues. “You’re not too far off.”

President Jordan stood at the podium as
he continued to speak. “At this time, we don’t know the aliens’
intentions, but we assure you that all the governments of this
world are coming together to determine the best course of
action.”

“
This is cute,” Alex
Cameron said, shaking his head.

She picked up the remote and pressed
the channel button several times. “It’s on every channel. They even
suspended soap operas for this.”

“
Oh no. How will we ever
survive without knowing who fathered the blond floozy’s
baby?”

Hiding a grin, she handed him the
remote. “Don’t believe me? Check your favorite
channels.”

“
I came here to take your
sister to lunch, not get involved in these silly games.” He glanced
around the room. “Where did she go?”

“
She’s in the changing
room trying on her wedding dress.”

He stepped toward the dressing rooms,
so she grabbed his arm to stop him. “You can’t go in
there.”

“
Why not? We’re
practically married anyway.”

She crossed her arms. “You know that
it’s bad luck for you to see the bride in her dress before the
wedding.”

He groaned but obeyed her. “Tell her
I’m starving.”

“
There are aliens passing
the moon as we speak, and all you can think about is your
stomach?”

He leaned forward and whispered, “We’re
being taped for one of those hidden camera shows. Really Autumn,
I’m surprised you’re falling for it.”

Deciding to ignore him, she went to the
saleswoman who was reading a news article on the monitor. She
cleared her throat and waited for the young woman to acknowledge
her.

“
Isn’t this awesome? My
aunt said she saw a UFO, but I didn’t believe her. Wow. If she was
still alive, she’d flip!” She tapped the screen. “Read this part.
There’s alien aircraft on the moon! The aliens have been watching
us for a long time.”

Despite the chill crawling up her
spine, Autumn smiled and motioned to the veil on the counter. “Is
that for my sister?”

“
What? Oh, right.” She
picked up the veil and gave it to her. “Hey, your sister should get
married at that place in New Mexico. You know. Roswell. I mean, in
light of this, it’d fit, don’t you think?”

Autumn scanned the room. There were
several places where a small video camera could fit. Maybe Alex was
right. Maybe this was a joke. Taking a deep breath, she turned on
her heels and inched toward the dressing rooms. One glance out the
window didn’t do anything to settle her nerves. Several people had
pulled over in their cars as cops raced by in their cruisers toward
an accident in the middle of an intersection. A man walking past
the window with his friend paused and held his iPhone up so his
friend could see it. Autumn caught a brief glimpse of President
Jordan on the phone. This couldn’t be a joke. At least, not a joke
in this shop. But who would set up a joke to an entire section of
town? It was possible but still... Why would a TV show go to such
lengths to do that?

She pushed her rambling thoughts aside
and entered the dressing room area. “Marianne, I have the veil.”
She waited but her sister didn’t answer. “Marianne?” She knocked on
the closed door. After a tense moment passed, she turned the knob
and stared at the crumpled wedding dress on the floor.

“
How long does it take for
a woman to get ready for lunch?” Alex asked, coming up behind
Autumn.

Glancing at him, she forced the sudden
panic aside. “Do you still think this alien thing is a
joke?”

She bent down to pick up the dress. A
bra and panties fell to the floor. Marianne’s shirt and pants hung
on the hook by the door. Her purse rested on the seat. What was
going on? Marianne wouldn’t run off without her clothes or her
purse.

He stormed back to the front of the
store.

As he talked to the sales clerk in
impatient tones, Autumn knelt down and searched through her
sister’s purse, hoping to find some clue as to what happened to
her. Whatever it was, it wasn’t good. Her sister wouldn’t leave
without telling her. As she pulled out the lipstick, compact
mirror, pocketbook and other items from the purse, she spread them
on the floor in front of her. All she found were pictures. A tear
trickled down her cheek at the photo of her and Marianne when
Marianne graduated from college. Then there was a picture of
Marianne with Alex. They looked so happy. They were happy. Marianne
looked forward to getting married. She hardly talked about anything
else. So why would she leave?

It didn’t make sense.
Autumn sat down and willed her mind to clear. If she could just
think clearly, she’d be able to figure out what was going on. She
closed her eyes and took a few deep breaths, counting backwards
from ten and exhaled when she reached one.
Calm down, Autumn. Focus. There’s got to be a rational
explanation for all of this.

Alex approached the doorway and turned
to the astonished clerk. “Do you see her in there?”

“
She could have left out
the back,” the clerk replied in a shaky voice. “It’s happened a
couple of times. Some brides get cold feet.”

Autumn wiped her wet cheeks with her
shirt sleeve. She hadn’t realized she’d been crying. Sniffing back
the observation, she shook her head. “Marianne and I were close.
She would have told me if there was a problem.” Settling her hand
on the floor, she got ready to stand up when something hard pricked
her palm. “Ouch.”

She quickly pulled her hand up and
turned to the source of the pain. It was Marianne’s cross necklace.
Well, there. That solved it. She held it up for them to see. “This
was a gift from our parents before they died in the plane crash.
She wouldn’t have left this behind if she ran off.” She blinked
back more tears. Gone. Her sister was gone. Just like that. She put
the necklace and other items back into her sister’s purse and stood
up. “I don’t know what’s going on, but someone must have kidnapped
her.”

“
I’ll call the police.”
The woman ran out of the room.

“
Did she have any crazy
ex-boyfriends who didn’t want her to get married?” Alex wondered as
he collected the clothes.

“
No.” She thought over
everyone her sister had dated. “I don’t think so.” She swallowed
the lump in her throat and ran her fingers through her hair. She
felt the barrette her sister had put in her hair less than five
minutes ago. Five minutes. It had just been five minutes! How did
someone disappear in such a short time?

The Legends of Lake on the Mountain by Roderick Benns
Monday I Love You by Constance C. Greene
Speechless by Hannah Harrington
Seeker by Jack McDevitt
The Doxy's Daybook: A Friday in Two Acts by Jordan, Sable
The Potion Diaries by Amy Alward
His Paradise Wife by Tina Martin
Scaramouche by Rafael Sabatini
Photo, Snap, Shot by Joanna Campbell Slan
the maltese angel by Yelena Kopylova
Our partner