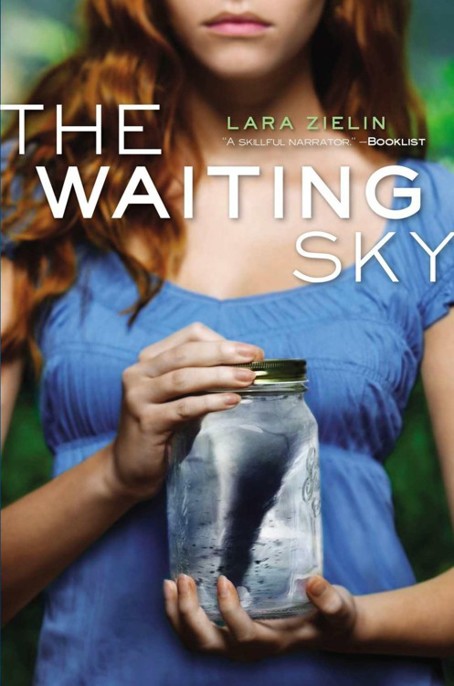 BY THE AUTHOR OF

The Implosion of Aggie Winchester

Published by The Penguin Group.

All rights reserved. This book, or parts thereof, may not be reproduced in any form without permission in writing from the publisher, G. P. Putnam’s Sons, a division of Penguin Young Readers Group, 345 Hudson Street, New York, NY 10014.

G. P. Putnam’s Sons, Reg. U.S. Pat. & Tm. Off. The scanning, uploading and distribution of this book via the Internet or via any other means without the permission of the publisher is illegal and punishable by law. Please purchase only authorized electronic editions, and do not participate in or encourage electronic piracy of copyrighted materials. Your support of the author’s rights is appreciated. The publisher does not have any control over and does not assume any responsibility for author or third-party websites or their content.

Summary: Minnesota seventeen-year-old Jane McAllister has devoted years to helping her out-of-control, alcoholic mother, but joining her brother in chasing tornadoes for a summer gives her a fresh perspective, new options, and her first real romance.

“When you used to tell me that you chase tornadoes, deep down I thought it was just a metaphor.”

“Whenever people talk to me about the weather, I always feel quite certain that they mean something else. And that makes me so nervous.”

—
The Importance of Being Earnest

E
ven though there’s a black wedge of sky in front of me that might drop a twister at any second, I can’t get my mom’s voice out of my head. Not even the sirens blasting in the nearby town can drown it out.

“I’m no good without my Janey.”

It’s Jane, not Janey, I tell her in my mind. Plain Jane. Rain-wrapped Jane. Never-again Jane.

Not that I ever say anything. In real life, I let her call me whatever she wants because, let’s face it, reasoning with a drunk is a lot like trying to train a chicken. After a while, you just let the thing squawk and flap and hope it doesn’t escape the coop.

The sky is really rotating now. The Tornado Brothers—or Torbros for short—have all gone quiet, waiting. The sirens are lost in the howling wind.

At the far corner of the field we’re standing in, a tornado starts to descend. Dust on the ground whips up. I see the manic swirls of dirt and hay and grass, and there’s my mom again—all chaos and mess . . . and cleanup when it’s over.

“Jane! You getting pictures?” My brother, Ethan, is smiling, pointing at the clouds. The winds have whisked his reddish-blond hair into a fauxhawk, which would be hilarious if he wasn’t standing a quarter mile away from a spinning vortex of death. But in the mouth of Mother Nature’s fury, Ethan’s totally at ease, and I wonder if it’s because he’s studied weather for years, or because he figured out a long time ago that the things that really hurt you don’t usually fall from the sky.

I hoist the camera hanging around my neck and start snapping photos, even though I’m still not used to taking pictures in all this wind. The pressure changes are making my ears pop, and my mouth is clamped tight since I got dirt stuck in my teeth last week. But still, dirty teeth and life-threatening storms are better than being back in Minnesota, with my mom stumbling in and out of the apartment, and my best friend, Cat, trying to make my life Leave-It-to-Beaver perfect like hers, which I guess I shouldn’t be mad about. At least she’s trying to do something—trying in her way to help me—which is more than what I’d do if my best friend had almost killed me.

The storm is roaring, but the twister can’t decide what it wants to do. Wispy funnels form again and again but don’t stick around long enough to become full-fledged tornadoes. I snap a picture of Ethan, his head tilted back, staring at the sky. It’s a funny moment to realize we have the same nose, but I guess we do—thin and straight and strong. It’s physical proof we’re related, I think. Biology’s way of linking us on the outside since on the inside we’re so different. Like how Ethan has a tendency to abandon people, and I’m the stick-around type. Or at least I was.

Eventually he tears his eyes away from the clouds to yell at Stephen, the six-foot-six founder of Torbros. “Storm’s moving off!”

“Yeah, but ’nother one’s coming!” Stephen hollers back, his voice rumbly like thunder. I look where he’s pointing, and sure enough, after a short break in the clouds, there’s another bruise-colored sky headed our way.

I know this is the part where I’m supposed to feel the rush, supposed to get all excited about Mother Nature’s unpredictability, but the truth is I don’t. I’m not a weather junkie. I’m just here to take pictures for the Torbros website, a summer job Ethan rigged for me. Normally, I never would have left Mom for a day, much less a whole summer. But Ethan asked, and things at home were pretty messed up after what happened with Cat. So here I am. End of story.

Except that it’s not the end of the story. Not by a long shot—especially now that Ethan’s asked me to live with him after the weather season’s wrapped.

As if he knows I’m thinking about him, Ethan’s face looms suddenly at the end of my lens. “We gotta go,” he says over the wind. “Hail in a minute. Get to the van.” He doesn’t even wait for me to reply—he just runs off to help load up some of the equipment with our tech guy, Mason, who has freckles covering practically every square inch of his body.

I let the camera go and start jogging toward the van, but I stop when I reach Hallie, the one “sister” among the Tornado Brothers. She’s kneeling in the prairie grass, hunched over Polly, one of our weather instruments. The muscles on her thin arms strain as she works to adjust knobs and levers.

“Hey,” I say, raising my voice against the storm, “we gotta hustle! Hail any second.”

Hallie looks up, and her normally pretty face is crumpled. Her brown eyes remind me of the splintered wood and crushed houses we see after a tornado. “The data’s gone,” she says. “I can’t get Polly to work.” The wind tosses her words so quickly that I almost don’t catch them.

I glance at Polly’s spinning instruments, taking in the buttons, switches, and meters covering her stainless-steel core the size of a small microwave. I don’t understand everything about how Polly works, but I know that—one—the Torbros love her and say she’s going to put them ahead of every other chaser in the field, and—two—we have to get her out of here because the minute that hail comes crashing down, Polly is toast.

“Where’s Victor?” I ask. Victor is Stephen’s brother and cofounder of the Torbros. He had shirts made that said
TORBROS: WE CHASE CHICKS AND STORMS,
and when Hallie and I said we didn’t want to wear them, he told us we should change the word
chicks
to
dicks,
like that was all it took. Victor’s also the brainchild behind Polly, so anything that happens with her, he takes personally.

“He went to get something from the van,” Hallie says. “The minute he took off, Polly crashed. I wanted to get her up and running before he came back.”

I squint at the vehicle, but I can’t see Victor. He must be inside it, all buckled in, ready to take off. Which is nuts. If Victor has put his own safety over Polly’s, then the weather is about to get seriously bad.

“Hallie,” I say, pulling on her arm, “come on. Get up. Victor’s not coming back. I’ll help you carry Polly, but we need to move. Now.”

Hallie shakes her head, fiddling some more with Polly’s instrumentation. “No way. If I leave now, Victor will never let this go.”

On our last chase, Victor made a point of saying that women belong in the lab, analyzing data—not out on chases. Me he tolerates because, technically, I’m not doing any of the scientific work. But Hallie—not so much. Which makes this whole situation more than a little ironic, considering Hallie’s the one out here trying to jump-start his supposedly beloved project, all while he’s sitting in the van.

“Hallie—” I want to tell her that if Victor tries to say anything about Polly crashing, she can point out his ass-in-the-van neglect. But she doesn’t let me finish.

“Give me two minutes.”

I look at the churning green sky and feel the ice-cold air through my long-sleeved shirt. Hallie knows as well as I do we don’t have two minutes. The rest of the team is already in the van, save Ethan, who’s standing next to it. He cups his hands around his mouth and yells something at us, but it’s lost in the frigid, shrieking air.

“Hallie,” I say, praying her name comes out like it does at home, when I say “Mom,” after things have gone far enough.

The steely, determined look in Hallie’s eyes ebbs. “I know,” she says finally. “I know I’m being stupid. I just—God. Victor’s going to be such an asshat about this.”

I nod, thinking we’re going to get back to the van just fine, when the first hailstone lands on my shoulder. “Ow!”

“Shit!” Hallie yells. She scrambles to her feet, and together we haul Polly out of the grass, racing as fast as we can toward the van.

Hail pelts my back and shoulders and head. I bend over Polly, trying to protect her, and Hallie does the same. I think about stories I’ve read where people get stoned to death and wonder if this is what they experienced. My body is on fire.

When we reach the van, my brother and Stephen are just inside the sliding door. Their hands are outstretched, their faces white. They pull Polly from us first, then I toss Hallie at them. One last stone comes crashing down on my head as I throw myself into the van. Everything goes fuzzy and gray.

My mom reaches me in my haze.

“You’re there for Polly—for a machine—but you won’t come back to me in Minnesota?”

I’m not sure if the pain I feel is from the hailstones or the guilt.

My brother’s talking to me, but his voice is underwater. We’re all floating on dark waves. I press my palms against my eyes and let the blackness suck at me. I picture a twister carrying me up and away—past the clouds and over the rainbow—back to Minnesota. “Where you belong,” my mom says. “Home.”

Except, of course, that Minnesota doesn’t feel like home. Not anymore, anyway. Neither does Oklahoma. Or Nebraska. Or Kansas, for that matter.

I can click my heels together all I want, but there’s just no place to go.

The Villa of Mysteries by David Hewson
Short Stories of Jorge Luis Borges - The Giovanni Translations by Jorge Luis Borges (trans. by N.T. di Giovanni)
Bound by Their Kisses by Marla Monroe
Esperando noticias by Kate Atkinson
Stealing Asia by David Clarkson
Hit Lit: Cracking the Code of the Twentieth Century's Biggest Bestsellers by James W. Hall
Land of Dust and Bones: The Secret Apocalypse Book 7 by Harden, James
Plain Jane in the Spotlight by Lucy Gordon
Night of a Thousand Stars by Deanna Raybourn
Possession by S.K. Falls
Our partner