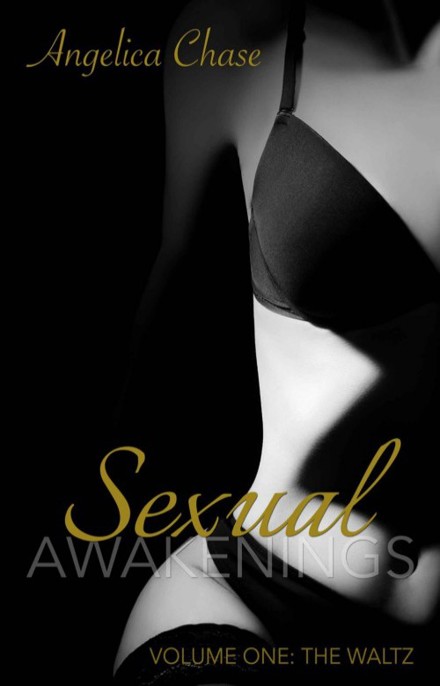 This book is a work of fiction. Names, characters, and incidents are the product of the author’s imagination or used fictitiously. Any resemblance to any actual persons, living or dead, events, or locales are entirely co-incidental.

No part of this publication may be reproduced or transmitted in any form by any means, electronic or mechanical, including photocopying, recording, or otherwise without written permission of the above author. The only exception is by a reviewer, who may quote short experts in a review.

For my girls, Edee and Jules. Thank You <3

I lit candles all over the house in only the scents he would tolerate. I covered our topiaries with soft, clear lights, and arranged fall flowers and large cornstalks into vases around the living room and porch. I loved fall, and by the way the house now smelled and had been transformed, it showed. Grabbing my pumpkin spice latte, I sat in my reading chair on the porch¸ watching the leaves sway in the cool breeze. I was already cold, but refused to go inside, soaking up the last of the sun as it made its way behind the trees, basking in the feeling in the air. Everything seemed clearer, crisper, and cold days were rare in the south this early in the season. Receiving an incoming message on my tablet, I tapped it, finding nothing new. He wouldn’t be home for dinner. It was a good thing I hadn’t bothered to cook. I knew better. A year straight of eating alone will do that to a woman. I opted for another night of wine and my vibrator.

Once inside, I chose my favorite bottle of red and poured a healthy glass. Surveying my beautifully decorated home, I rolled my eyes. What was the point? Maybe he was right. The last time I had decorated for the holidays, my husband had asked that same question.

“We don’t have any children. We hardly have company. Why even bother?”

Prick. We didn’t have children because he had a vasectomy three weeks after our wedding without telling me, only for me to find out in the first of many viscous arguments that ensued. We didn’t have company because he was too occupied keeping his own, busy with his constant need to stick his dick in their throats. It wasn’t enough for my husband to have one affair; he was in the midst of two.

I was not a woman scorned. Fuck that. I was a woman who had been freed, and too lazy to leave him, having no desire to start another relationship or leave my beautiful home. Alex was never here, ever. What was the point of giving up my life for a ghost I barely lived with? I took my wedding ring off months ago. He never noticed because, in all honesty, I couldn’t remember the last conversation we had.

And then I remembered.

“You never loved me did you?” I asked as he entered the house after another late meeting.

“Sure, I love you. Why are you acting so out of sorts?” He ran his hands through his hair, a signature move on his part that I used to find sexy. A stranger to me at that point when we had originally been so close, he stared at me as if I disgusted him, and I returned it. We had been best friends before we were lovers. We’d shared everything. I didn’t even recognize the man who now took his place. There was not a damn thing wrong with me or the way I looked. All of his fucked up issues of infidelity were his own.

“I’m not an idiot. Don’t play innocent, Alex,” I snapped.

“Drink your wine, honey,” he said dryly, pushing past me.

That was our last conversation. When he was home, he called his mistresses from his office. I heard every word, because I listened. I listened to strengthen my resolve. I had already decided to ask for a divorce after Christmas. New Year, new life, I guessed. He would let me keep the house and I would let him keep most of his money. He had plenty of it, due to old money passed down from his parents, and his newfound success at his advertising firm. I supposed he thought that since I wanted for nothing, I should just accept my circumstances as a good little wife, go shopping, get pampered. The truth was, I mourned my relationship with my husband, or at least the man I knew before things fell apart. The most frustrating aspect was he refused to admit anything was wrong; the man that had proposed to me knew something was wrong with me before I did at times. He was attentive and nurturing and…human. My tears saddened him, my smiles and laughter fueled him. He’d loved me.

I shook off the small amount of pain making its way into my chest. I had no more room for self-pity. I had done it all. I had worked out, tried new hair, new clothes. I had even gone so far as to get Botox. The only conclusion I came to after a few months of being refused in the skimpiest of lingerie was FUCK HIM. FUCK HIM. I had tried to make my marriage work. He was more interested in seeing it fail. Our relationship was too far gone from what it used to be. There was no trust, and definitely no lingering love. I had spent hours crying over him, now I just wanted my freedom. And freedom was becoming more important than comfort. I had to get out of this and soon.

I sipped my wine, thinking how completely unsatisfying it all was. I had waited until the age of twenty-nine to get married. It seemed the sensible thing to do after a few months of dating Alex. I couldn’t even remember the last time we had made love or fucked. My last attempt to keep the home fires burning had failed miserably.

I gave up that day, throwing every single negligee I owned away and burying any remaining hope. Sex with Alex was never exactly hot. It had been enough because I had honestly loved him.

Drinking the last of my glass, I poured myself another. Sex, now there was something I was tired of living without. I had my trusty toy. God, how I loved that thing. Battery maintenance promised endless minutes of pleasure. The thought alone had me wanting to reach for it.

This is not my life! This is not who I am. This shit…this waiting, much like my marriage, was over!

Things were about to change and change today. First, I had to come up with a plan.

Sex, or lack thereof, was what set me off in the kitchen. I missed it. I wanted it. I needed it, but why? I’d never really had sex like most adults. Well, those adults who I envied, which included pretty much anyone who was having their needs met at this point. I abstained from having my own affair because, for a short time, I held out hope. Now that my mind was made up on divorce, I no longer had to justify my reasoning. Sex was a necessity for me. I had waited long enough. My body was starving for touch, my lips bankrupt from a lack of kisses. While a relationship didn’t appeal to me, at least not immediately, the thought of a good hard fuck made me insane with want. Not that I’d ever been satisfied sexually.

Where in the hell would I look for something like that here?