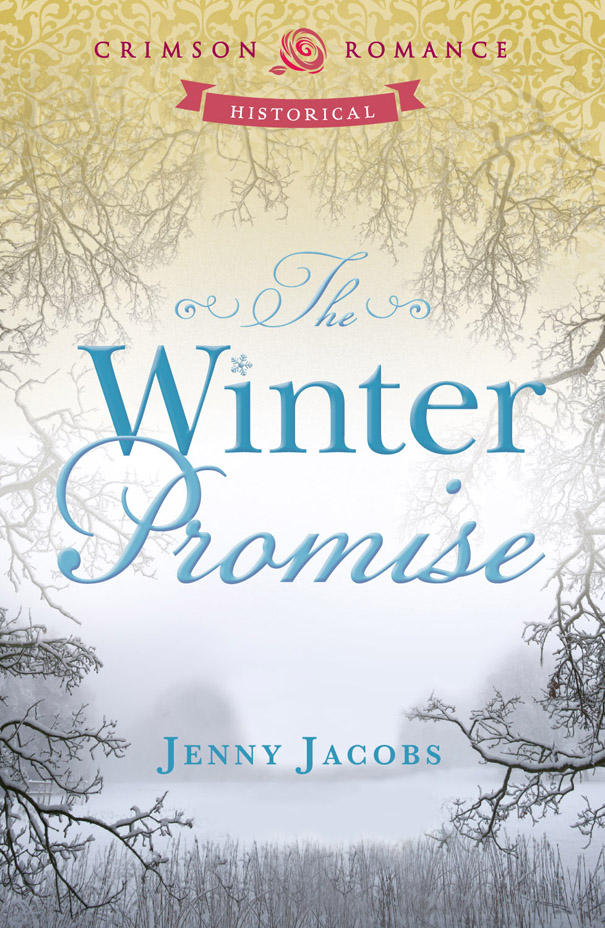 For Jessica, who never stops believing

Lady Imma slipped out of the side door and into the garden, darting a glance over her shoulder to ensure she remained unobserved. She crept toward the towering oak in the center of the abbey’s courtyard, where she had arranged to meet the messenger who had promised to send her painfully gathered secrets to her king, back home in Cymru, which these English called Wales.

In the opposite wing, the kitchen door opened and for a brief moment, she saw the silhouette of a broad, beefy man in a monk’s robe framed in the doorway. Then he stepped over the threshold, closing the door behind him and returning the courtyard to twilight. Imma waited for him to make his way to where she stood and announce himself. A few simple Welsh phrases, the passing of parchment from one hand to another, and her duty would be done.

“There you are!” a familiar high-pitched voice trilled.

Imma whirled in time to see her friend Helen hastening up the garden path toward the oak. With a sharp gesture, Imma warned the monk from the kitchen to stay back. Helen might seem foolish, but she missed little and she talked about what she saw.

Knees trembling from the near-discovery, Imma sank onto one of the stone benches surrounding the oak as if she had merely intended to spend a few quiet moments alone out here before the evening meal.

“This is a peaceful spot,” Helen said approvingly, sitting next to Imma and patting her hand, the very hand in which Imma clutched the folded piece of parchment that would cause the lord of Wessex to hang her if she were discovered in possession of it. Not even Helen would forgive her for it.

Her throat suddenly dry, Imma did not have to pretend the cough that came. She covered her mouth, then slipped the parchment into the bodice of her gown, hoping nothing dislodged it from its hiding place. Affectionate Helen gave many spontaneous, unexpected hugs. Ordinarily, Imma appreciated this quality in her closest friend. But not tonight.

“The abbot is so pleased,” Helen said, squeezing the hand she had previously patted. “He was just telling me how much he admired your dedication to your duty.”

“Mmm,” Imma said, the parchment burning against her skin. Did these English never ask themselves to whom she owed her duty?

They had set out from Canterbury a few days before Michaelmas, the pleasant fall weather ideal for traveling. A company of forty strong, including a retinue of the king’s soldiers, they had spent several days at Glastonbury, the shining city, so that Imma could accomplish her mission and fulfill the final request of her dead husband.

The abbot’s appreciation for the books would have pleased Imma’s husband Simon but Imma felt the abbot’s gratitude out of proportion to the act. The books were merely on loan; they would be returned to the library at Canterbury once the abbot’s scribes had made copies. The English king, Edward, called the Confessor for his religiosity, encouraged the copying of religious works.

Imma always knew her duty, and did it, and did not complain — to other people, at least. She had frequently expounded at length to her cat on the subject of the iniquities of the English and her cold, elderly husband — but Prys (the cat) had remained behind at Canterbury in the care of Helen’s cook. Imma understood the impracticalities of traveling with cats but she would have given all of Simon’s books for the chance to talk to
someone
who understood.

“Your duty to Simon is fulfilled,” Helen said, a tone of approbation in her voice. To Helen, Imma had closed the door on one part of her life preparatory to opening another. Could it be that simple? Did one merely move from man to man, father to uncle, uncle to husband, husband to husband?

She knew what was next, after winter ended. Despite being barely twenty-one-years old, she felt ancient, battered, and sad, the promise of youth and happiness gone, a future only to be endured, not embraced.

The parchment pricked her skin, reminding her how close she was to discovery, and for all of her dread of the future, she wanted one. Which meant none could ever know her true reason for undertaking this task. She could have sent the books to Glastonbury by messenger — no one would have criticized that — but she had had another purpose in coming herself. So she had arranged to accompany her friends, Helen and Helen’s husband, Sir Harold, on their separate mission for the king. Helen had been delighted to have her companionship and whatever Helen liked, Harold liked, too. That was a good husband.

“I am pleased to have accomplished what I set out to do,” Imma said.

“Won’t Elizabeth be surprised?” Helen asked happily. Imma noticed that she did not mention her nephew, Robert, the lord who ruled these lands in his brother’s stead. She gleaned from the facts and gossip that Helen let drop that while Lord Robert might also be surprised at their turning up, he would not be nearly as pleased about their arrival on his doorstep as Elizabeth would be. But Helen would never let a little problem like that dent her happiness.

Now in her late sixties, Helen, plump and elderly, could never believe her good fortune. She delighted in everything — Imma and her Welsh accent; the mission that had brought them here; the city of Glastonbury itself, tucked in its cluster of hills; the abbot and his long stories about the founding of the monastery by Joseph of Arimathea, who had brought the holy grail here before it had gone to its final resting place. Above all these delights, Helen was thrilled to have the chance to spend time with her sister, Lady Elizabeth.

Upon reaching Glastonbury, Helen’s servant, sent to announce their unexpected arrival, had discovered that Elizabeth now resided at the nearby island keep of Athelney instead of the castle at Glastonbury. Elizabeth had ordered and supervised the household’s move from Glastonbury to their winter quarters for Lord Robert, while he fought the armies of the Welsh king. October was battle month; the English sensibly kept warring to a minimum during the sowing, growing, and reaping seasons, but once the harvest was in, the blood-let began.

Imma had once believed her uncle when he said he thought she could help stop the war. She no longer believed anything could stop the blood-let.

And she was under no illusion that Elizabeth, ruling Lord Robert’s keep in his stead, would not hold her race against her. From all accounts, the formidable lady possessed a virulent dislike of the Welsh, and for very good reasons. Her only son had died on a Welsh sword and her beloved nephew had lost countless thanes to the armies of Imma’s uncle. Lord Robert would be no better pleased at a Welshwoman’s appearance in his household upon his return from battle. If he returned. Perhaps the Steward of Wessex would fall against the might of Imma’s uncle. The thought cheered her.

“Lord Robert will take no notice of you,” Helen said reassuringly, which did nothing to ease Imma’s concerns. Lord Robert would most certainly be well aware of each and every member and guest of his household. From what the abbot had said, the keep at Athelney was not that large, and Lord Robert was a good steward. He would notice.

She did not know how she would tolerate living in the household of her uncle’s greatest enemy. But it was possible she would learn something there, something that would help her uncle demand peace.

“Surely it is not so dreadful as that?” Helen teased her.

“You look quite fierce, dear Imma,” her friend replied with a smile. “Is it the necessity of having a meal with the abbot that makes you look that way?”

Imma smoothed the expression from her face as the years of her marriage had taught her to do. Helen knew full well that she had not been brooding about eating at the abbot’s table, but one of the ways Helen remained cheerful and ever-delighted was not to allow the grimmer truths of the world to intrude upon her.

“I long for a joint of beef,” Imma replied, matching Helen’s light tone. “Or even a piece of mutton.” The abbot of Glastonbury monastery did not serve meat at his tables, not even for an atheling.

“I would pledge my manor house at Sandwich for a meal of venison and duck,” Helen admitted. “Or a slice of goose or wild boar — ”

“Stop!” Imma held up a hand, laughing. “You’re making my stomach growl when no doubt tonight we will dine on bilberries and beans.”

Helen leaned forward and touched her cheek. “It is good to hear you laugh. Oh, Imma. If only you could be as happy as I am.”

“That is your gift,” Imma said. When she was a young girl, her father had died in battle, covering himself in honor, and her mother in childbirth, bearing another son who would not survive to adulthood. Her uncle, the ferocious Gruffydd ap Llywelyn, then a widower himself, had fostered her, not knowing what to do with a tiny girl among his tall sons. Perhaps he had not reared her as gently as he might have, but he had loved her full well. There had been happy moments: the laughter of Gruffydd when his female bard, Efa, told a story; the blossoming in Imma’s heart at a young boy’s kiss; moments like the gift of a ring, not often received but treasured all the more because of it.

Lately there had been no such moments of happiness, only a bleak emptiness that Imma did not know how to fight. Even as she clasped Helen’s hand, tears blurred Imma’s sight. She would not have a kind husband like Harold, who loved his Helen and indulged her whims and sacrificed his own desires and comforts so she would not lack. No, Imma would be married off to a stranger in want of a fortune. It would be an older man, with sons grown or nearly so, impatient with the young wife who came with the treasure, just as Simon had been. She had wanted to rail against him when he complained of her untried youth. Her youth would disappear in time, and he had known her age when he had decided upon marrying her.

“Come, Imma,” Helen said with another of her sweet smiles. “It is a whole long winter to get through before spring. Who knows what will happen before then?”

“You are right,” Imma said, forcing a smile as the bell chiming the evening meal began to toll. She rose and extended a hand to Helen, who got to her feet with a puff of effort.

As they walked down the path toward the side door, the stocky monk from the kitchen glided over to open it for them, bowing as he did so. Helen smiled her thanks and stepped inside the monastery. Imma hung back for a moment, stifling a protest as a very rough, very male hand dipped between her breasts and snatched the parchment from where she’d tucked it.

She glared at the monk but did not see his response; his face was hidden in his cowl. Thankful that Helen had at least not witnessed
that
scene, Imma followed the other woman into the monastery and to her evening meal of bilberries and beans.