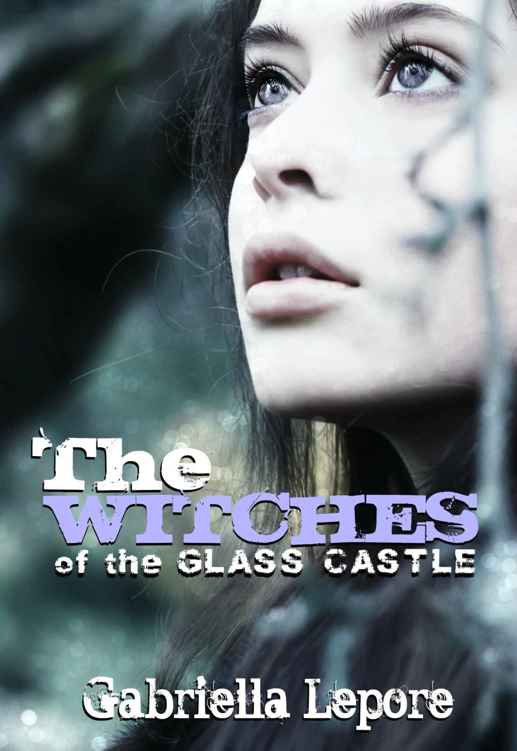 THE WITCHES OF THE

The right of Gabriella Lepore
to be identified as the author of this work has been asserted by him/her in accordance with the Copyright, Designs and Patents Act 1988

No part of this publication may be reproduced, stored in a retrieval system, or transmitted in any form or by any means without the prior written permission of the publisher, nor be otherwise circulated in any form of binding or cover other than that in which it was published and without a similar condition being imposed on the subsequent purchaser.

Edited by
Elizabeth A. Lance

w
ho found this book just when it was about to be forgotten!

How the Birds Fly

The Language of the Rain

Blood of the Coven

The Call of Duty

United We Stand, Divided We Fall

Mia gasped for unpolluted air, but the opaque purple smoke poured into her mouth and spilled down her throat, filling her lungs and suffocating her. As she scrambled up the rickety step ladder, flames licked at her legs like the venomous tongue of a serpent.

‘Dino!’ she cried, choking on the thick fumes. She clung to the wooden step ladder, her slate-grey eyes scanning her surroundings. But she could see nothing beyond the flames and smoke that engulfed the stone-walled basement.

Mia covered her mouth and nose with the sleeve of her knit cardigan. Her eyes smarted in the toxic air, but she forced them open.

‘Dino!’ she called out again, her voice hoarse.

And then her brother ruptured the flames, diving for the step ladder and pushing her up to the hatch door.

In a scuffle they burst into the hallway, coughing and sputtering. The hatch door slammed shut, enclosing the blazing basement. Mia staggered to her feet, but her legs buckled and gave way. As she fell forward her palms hit the wood floor with a smack.

Dino lay several feet away, clutching his head with both hands and writhing in pain.

Mia crawled to him, reaching out to him.

‘Get away from me!’ he spat. His coffee-brown eyes were fierce.

Mia shrank back, afraid of him for the first time in her life. Although he was only a year older than her, his barbed voice suddenly seemed to propel him to decades her senior. Even his face no longer seemed like the face of a seventeen-year-old boy, but more like that of a grown man.

Dino let out a tortured cry.

Dazed and frightened, Mia called out for help even though she knew nobody was home. She and Dino lived with their mother and their aunt, but neither of the two women had been
home when the power had cut out. Mia and Dino had gone down into the basement to investigate and that was when the explosion had happened.

But to Mia’s surprise, she heard the sound of footsteps descending the staircase. For a second she wondered if she was imagining it, but then a familiar form appeared in the hallway.

Madeline crouched over her nephew as he seethed in pain. He gripped his head, his chocolate-brown hair darkened from sweat.

Mia pushed her own hair back from her face, freeing strands that had been stuck to her tear-stained cheeks. The brunette shade was identical to her brother’s.

‘He’ll be OK,’ Madeline confirmed, calmly. She placed her hand on Dino’s brow, her fingers cluttered with colourful rings. After giving him a cursory glance, she rose to her feet.

‘Cassie!’ she called for her sister, though with no real urgency.

Mia, still huddled on the hallway floor, watched as her mother appeared on
the scene. Standing beside each other, Cassandra and Madeline were like mirror images. Both were beautiful, with wild red hair and bright-blue eyes. Only from their dress sense was it apparent that Cassandra was a little more conservative than her free-spirited sister. At that moment, both women wore the same blasé expression on their faces.

Di
no let out another tormented howl. ‘Get away from me! All of you!’

‘What’s happ
ening to him?’ Mia cried. She reached out to him again, but he swiped her hand away.

‘He’s going to be fine,’ Cassandra said in her usual motherly tone. ‘Maddie, darling, perhaps you should take Dino upstairs while I talk to Mia,’ she suggested – although it was more of an order than a request.

Madeline nodded her head and hauled Dino to his feet, guiding him through the hallway. He stooped and stumbled into the wall with a thump.

‘Oops!’ Ma
deline chuckled light-heartedly. She aligned him back on course to the staircase.

With her aunt and brother gone
, Mia returned her focus to her mother. ‘There’s a fire in the basement,’ she blurted out. The words seemed to jumble in her mouth as she spoke.

‘Don’t worry,
’ Cassandra told her. ‘It’ll burn itself out.’

Mia paused
. ‘No. It’s a…’ she stuttered, trying to explain herself, ‘…it’s a huge fire. There was an explosion. I lit a candle and it…it just blew up. The entire basement is on fire.’ She waited for the severity of the situation to sink in for her mother. But it didn’t happen.

‘Yes,’ Cassandra said smoothly. ‘I understand. Did you read it aloud?
The writing on the wall, I mean.’

Mia’s head whirled. There had been writing etched into the stone wall: ADDO VIS VIRES. And
she had read it aloud.

‘Did you, Mia?’ Cassandra pushed.

‘Yes,’ she admitted, confused as to whether or not she should be feeling accountable for something disastrous. After all, what repercussions could there possibly be for reading out some nonsense words?

‘Oh, good,
’ Cassandra breathed. She helped her daughter upright and carefully steered her into the living room. ‘I had a feeling it might happen today.’

With her legs still trembling, Mia
collapsed on to the beige couch.

‘Oh, no!’ Cassand
ra sucked in her breath. At last her reaction seemed appropriate. ‘Mia,’ she went on, ‘there’s a hole in your cardigan!’ She picked at the torn fibres on Mia’s shoulder.

Mia stared at her, aghast.

Mistaking her
expression, Cassandra added, ‘Never mind. I’ll sew it for you. It’ll be as good as new.’ She tugged at the loose threads on the cherry-red cardigan.

Mia gawped at her now
. She couldn’t understand why her mother was so concerned about the cardigan when there were clearly much greater issues at hand. For one thing, their house was on fire!

With a reluctant sigh, Cassandra took a
seat on the couch. She stroked her daughter’s hair. ‘You are fine. Dino is fine. Everything is happening just as it should.’

‘But the basement?’ Mia whispered. Her usual peach complexion was now ashen.

‘Let me explain this to you as best I can. You were destined to go to the basement today. Actually,’ she corrected herself, ‘today, tomorrow, yesterday – I suppose it doesn’t matter. The only thing that matters is that the writing was on the wall. And it was, wasn’t it? You saw the words?’

‘You read the phrase out loud?’

‘What does it mean?’ Mia asked
. She didn’t dare speak the words aloud again; all of a sudden they felt like a lot more than just words.

Cassandra took off her own cardigan and draped it over Mia’s shoulders. ‘Loosely translated, it means, “T
o give power. It’s Latin, I believe.’

‘What sort of power?’ Mia murmured. Her heart was po
unding so wildly that she felt as though it might burst out of her chest at any moment.

‘The power which was already yours.
Your birthright. Myself, Aunt Maddie, Dino, you, we’re all entitled to it. And now is your time to take it.’

All of a sudden M
ia felt short of breath. ‘Take what?’

‘Power, my love,’ Cassandra said each word meticulously. ‘You’re sixteen now. You’re old enough to use it. I suppose you could think of today as a sort of rite of passage.’

Mia dropped her hands to her lap. She noticed that they were trembling. She was scared. Scared by the explosion, scared for her brother, and even scared of her own mother.