Read The Wood of Suicides Online

The Wood of Suicides 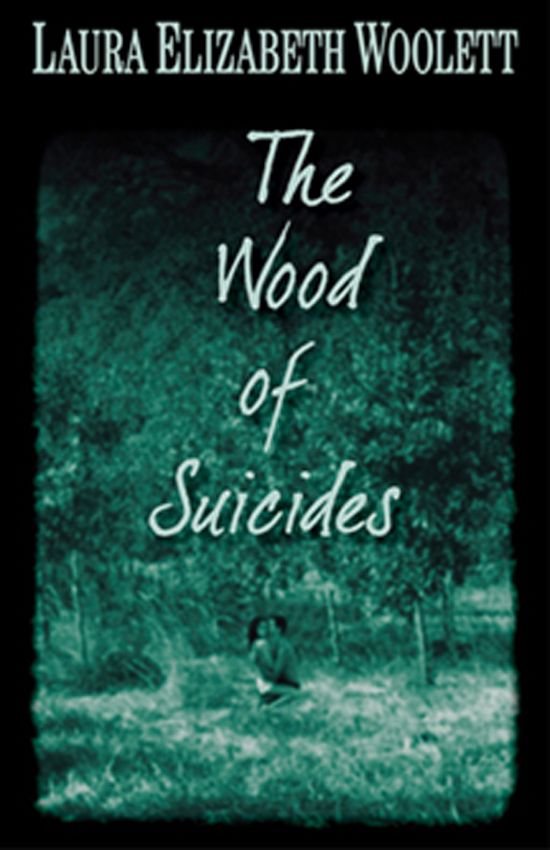 The
Wood
of
Suicides

All rights reserved. No part of this publication, or parts thereof, may be reproduced in any form, except for the inclusion of brief quotes in a review, without the written permission of the publisher.

T
his book could not have existed without the love, patience, indulgence, and hilarious annotations of Kirill Kovalenko; the excellent advice and unfailing kindness of my agent Victoria Marini; the vision of Marty and Judith Shepard; and the nurture, support, and diversion provided by my family and friends in Perth and Melbourne. I would like to thank you all for helping me to bring my first novel into the world.

When the fierce soul makes its way from a body, From which it has managed to rip itself out . . . It falls into the wood, there is no choice of place;

She had hardly ended her prayer when a heavy numbness came over her body; her soft white bosom was ringed in a layer of bark, her hair was turned into foliage, her arms into branches.

W
hat did Daphne see, when her arms hardened into boughs and her world was choked with green?

Girls turning into trees. Trees pecked at by harpies. This is all I see.

M
y name is Laurel Marks and I am the daughter of one of those impossible unions: the intellectual man and the sensuous woman. I suppose this means that I’m blessed from a genetic standpoint, getting the best of both mind and physicality. For all this, I can’t help seeing myself as an evolutionary dead-end.

I grew up in Lower Pacific Heights, in a Victorian townhouse—less grand, though as tasteful as any of the mansions of Pacific Heights proper. For me, it provided an almost immaterial world of dust motes and slanted sunlight and telebabble in the next room. My mother pottered about in the background with part-time work and yearly renovations. She wore a lot of white in those days, white dresses that billowed like drapes. She painted cherry blossoms, drove me to dance and deportment classes that I failed to complete. I was, quite idyllically, an only child.

I liked to believe that I was raised in the style of the Germans. A psychologist (Ainsworth) once remarked on the huge number of anxious-avoidant attachments found among German infants. Defensive posture. Limited emotional expression. A preference for solitary play. Avoidant adults would rather be independent than intimate with another person.

My father’s parents came from Trier, in the Rhineland-Palatinate. My grandfather’s surname was “Marx,” though he was neither a Jew nor a socialist. My grandmother was born “Dreyfuss”—literally “from Trier.” My mother’s side of the family were ruddy, pleasant Irish people with some money and no other children besides her. I always gave more authority to my German heritage, probably because it seemed somehow essential to my character: my obedience, my perverseness, my craving for order and patriarchy.

I attended a nearby Catholic girls’ school every year with the exception of my last, when circumstances led me to become a boarder. My grades were good, As and Bs for the most part, though admittedly not what they could have been. I was quiet and disliked everybody, yet managed to fit in—if only because I was too indolent to do otherwise. Report cards praised my mature and consistent approach.

H
E WAS
a non-interventionist god. A god who was impotent. A god who may or may not have seen everything but, in any case, never appeared to be looking when I sought out his sloe-dark eyes. A god whose image I was made in, perhaps, but imperfectly, impulsively, in a sticky, blind moment of self-purgation. A god whose presence was stronger in his absence. Could I call him a god?

In the mornings, my father and I would both sit at the same table, drinking our coffee black and with two sachets of sweetener. A rare, intimate day would have me asking him a question: “What is Occam’s razor?” or “Do you think Dostoyevsky was an existentialist?” I would watch the angular patterns that he made with his hands, delighting secretly in our infrequent eye contact and his deliberate, droning speech.

My father’s working hours were unpredictable and extensive. Nevertheless, there were times when I came home early in the afternoon to find him reading on the daybed: fully clad in two-piece suit and tasseled loafers and totally indifferent to my truancy, as if I were just another of his faceless coeds.

The college where he taught was, like my own school, only a matter of blocks away from the family home. I was in the habit of skipping many classes in the afternoons, too dazed by the schoolyard dust, surrounding chatter, and my own self-enforced starvation to endure the stretch of the day. Often, I didn’t go to school at all, but simply stayed in bed until both parents had left the house for work. My hours alone passed without the slightest thought or action, workbooks open all around me unread, as I lay prone in the indoor sun.

It was not uncommon for me to take my homework to the room with the daybed, knowing that it was his favorite and that he was in the habit of stopping there to put his briefcase down when he came home from work. I took pleasure in looking more studious than I was and would ignore him as he came in, my head down over the open pages. I often kept my uniform on well into the evening in order to better look the part for him. White button-up blouse. Maroon sweater. Gray skirt. Black hosiery. By the time I began reading
Hamlet
for eleventh grade English literature, I was filling out my uniform nicely, and he developing another habit, of glancing over my shoulder whenever he passed by to see what I was studying.

The west-facing windows meant that it was a room for indoor plants and flower arrangements, as well as shelf upon shelf of legal dictionaries and publications. Medical books also began to show up in that room, in later years, with emphasis on the subjects of nervous-system pathology, neurosurgery, neuropharmacology, and cranial nerve disease. Detailed anatomical drawings showed faces split open, to reveal brainstems, ganglia, nerve divisions, and the sore teeth to which all this was connected.

I
WONDER
now if he’d been a virgin when he met my mother. Though I realize this isn’t the sort of thing a daughter should be asking, in light of his actions, it would explain a lot. The briefness of their courtship. The perfunctory outdoor ceremony. The blatant sensuality of his choice in partner. My main difficulty is in trying to conceive of their initial connection. A frolicsome
artiste
-to-turn-interior-decorator and reticent young professor, united by mutual acquaintances at some crowded summer soiree.

By the time I came along, they were obviously familiar enough. She would ask him whether he knew that Margaret Pratchett was having her kitchen decorated, whether he thought it odd that she was not asked to help with the décor. She would joggle her dainty, high-arched feet (whose pronation I inherited, though I lost out on the daintiness) and moan about the weather or the construction workers outside. The man abided it all without complaint, eyeing her feet and flipping the pages of his students’ papers.

Like my mother, he’d been brought up by elderly kin. Unlike her, a pandered only child and minor miracle (parents in their forties, presumed infertile), his growing conditions had been severe. Grandparents from the old country. A brittle, nervous mother who died during childbirth and a blue-collar father who took to drinking soon after. He had compensated as high-achievers do—debating team, essay competitions, scholarship to Stanford—and was already starting his clerkship by the time my grandfather succumbed to cirrhosis.

He had a handsome if unmemorable sort of face—sharp-jawed, straight-nosed, dark-eyed and browed—with an impressively high forehead. His hands, like my own, were long and exquisite, though masculinized by roped veins that carried up his arms and, I assume, back toward his unknowable heart. His lineaments were trim, functional, touching in their very austerity. He held himself tall and erect and, despite his ectomorphy, exhibited a perfect, V-shaped torso. His body hair was sparse and his skin a couple of von Luschan tones darker than my own.

Oscar Wilde by André Gide
Mobster's Angel (Mobster Series) by Rachiele, Amy
Obsessed by Jo Gibson
Death by Scones by Jennifer Fischetto
California Connection 2 (Califronia Connection) by Chunichi
Give Me More by Sandra Bosslin
Surfeit of Lampreys by Ngaio Marsh
It Takes a Killer by Natalia Hale
Dream Nights With the CEO by Lyons, Kathy
A Short History of Indians in Canada by Thomas King
Our partner