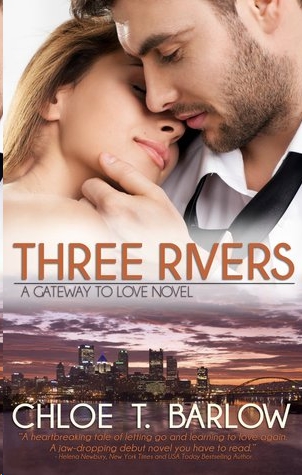 A GATEWAY TO LOVE NOVEL

To my beloved husband,

You are the hero of my heart, of my life, and of every story that I will ever tell.

To my incredible mother
,

You showed me how to live a life full of passion, courage, hope, and fierce resolve. Because of you, I will never regret what I do, only what I do not do.

You are the greatest friends anyone could wish for and you both inspire me every day. Without you, there would be no Althea, Aubrey and Jenna.
Orale!

Althea's teeth chattered around a muffled curse as icy sleet from a late December storm finally defeated the barrier of her coat and sweater, which were pathetically gaping under the weight of her overstuffed backpack.

She fumbled in the dark for her house keys as quickly as her rapidly numbing fingers could manage, desperately trying to ignore the slushy droplets that were charting a tortuous victory lap down the line of her chilled spine. At twenty-four, she had plenty of years of experience lugging textbooks home, but law school supplies had always been a whole new level of back-breaking weight.

After finally opening the door, she collapsed inside, stumbling in the dark over the mail waiting on the floor of the entryway. She released a defeated huff of breath. Even though she had guessed the house would be empty again tonight, the confirmation of that fact still stung. She didn't know what she hated more: that her husband wasn't home, or that after his weeks of unexplained late nights at work, it no longer seemed to surprise her.

Althea tossed her keys onto the coffee table with a grunt and dumped her backpack in a chair. She sighed as her eyes scanned their messy living room. She summoned the energy to busy her hands with picking up the usual exam season mess — coffee cups, tissues and protein bar wrappers.

No wonder you're so tired all the time,
she thought.
You can't sleep when you're alone, and you keep filling your body with this junk
.

A sparkling Christmas tree softly illuminated the room, even as its cheerful lights and ornaments mocked her frustrated loneliness. She'd decorated it herself after waiting night after night for Jack to come home in time to help her. Finally, she'd given up, poured herself a huge glass of eggnog and put up the ornaments they'd collected during their five years together on her own.

He'd apologized for missing it, had held her close and made love to her in the middle of the night, promising that all his crazy work would be over soon and they would spend a quiet, romantic Christmas together admiring the tree she'd so thoughtfully decorated. Jack had made it all better then, just like he always did.

But that had been over a week ago and nothing had changed. If anything, he was gone even more now, staying late in his shabby research assistant's office at
Carnegie Mellon University
, worrying over God knew what and coming home long after Althea had gone to sleep.

She flipped through the pile of old mail and registered Jack's notation to her on each item, indicating bills he'd paid or issues he'd already addressed. Even as distracted as he was, he still handled every problem that came their way. Usually before she even knew about them. He was a fixer by nature, which was probably why he'd chosen to tinker with robots for a living.

Althea was making her way over to flop onto their couch when she paused to pull her cellphone out of her pocket. She stared at it as if it were an alien life form for several minutes, reflecting on how she had repeatedly attempted to ask what was bothering him. Despite these efforts, with each week he still became more distant and she felt increasingly shy with each of his tender rebuffs of her questions.

She was furious with herself for not even being able to talk successfully to her own husband about what was bothering him. She'd always hated confrontation, but this was ridiculous. If she couldn't even demand the truth from him, how could she ever hope to be an attorney?

She took a deep breath and called him.

"Hello. Tea?" His voice sounded so tired that she couldn't help but cringe.

"Did you get home okay, gorgeous?"

"I did, but it's pretty cold and lonely here. When are you coming home?"

"Soon. I need to wrap up some things, but then I'll hurry home and snuggle you senseless."

"Mmm, that sounds amazing. I miss you baby."

"I miss you, too, gorgeous. How'd your final go today?"

"It was fine. A couple tough spots but I feel good about it."

"Still think you can make top of the class at graduation this year?"

"Working on it. I picked up my last two take-home exams."

"Great! Then you can take a break from having to hang out with future lawyers all day."

"Ha ha, you're married to a future lawyer, watch it bud," she said with a small smile.

"Objection withdrawn, counselor. You are most definitely the cute, sweet, sexy exception to the rule."

"You're forgiven. Seriously though, Jack, please tell me what's going on. I'm worried about you. Whatever you're working on seems to really be wearing you thin."

"Jack, I know you want to look out for me, but this isn't like when we were in college and you'd sweet talk a professor into giving me an extension on a project. Whatever is going on is really bothering you...and it's starting to scare me."

"Please gorgeous, don't be scared. Anyway, your timing is perfect. I actually made a breakthrough and I think I'm on the verge of sorting everything out. I just need to check into one more thing tonight and then we can spend all the time in the world together. I promise."

"Yeah." Her heart felt lighter because when Jack made a promise — it was for real.

"Love you, too. Goodbye gorgeous."

Althea smiled to herself at the idea that all this would be over soon. They'd married young and Althea reminded herself it was natural for couples to hit spots where work and life got in the way of love. She fixed herself a cup of chamomile tea and curled up under an afghan to watch the tail end of
The Daily Show
while she waited for Jack to come home for some of that snuggling he'd promised her.

Things were finally getting back to normal.

Althea was startled to hear a loud knocking on the door.
Did Jack forget his key again?

She opened her blurry eyes and turned them to the cable box.

She picked up the remote and groggily turned off the infomercial about a hip-hop aerobics DVD and slowly stood up.

A second round of banging jarred her as she walked to the door and figured Jack must be freezing out there for him to be so noisy at this hour.

When she opened the door she was confused to see two uniformed Pittsburgh police officers instead of her husband's smiling face.

Her heart started to race a little. Nothing good ever came from the police being at your door in the middle of the night. Althea had lived a pretty sheltered life, but even she knew that.

One was much older than the other, with graying hair, a ruddy face and pot belly, but it was his serious gray eyes that caught her attention. The younger one looked to be about Althea's age and wouldn't stop fidgeting and shifting his eyes away from her. His nervousness ate at her, making her stomach drop to the floor and her hands shake a bit as she white-knuckled the front doorjamb.

"Good evening, ma'am. I'm Officer Arndt and this is Officer Shields. Is this the home of Jack Taylor?" the older one asked. His tone was steady but Althea couldn't help but stare at the tiny beads of moisture on his upper lip. It seemed so odd to her that he could be sweating on such a cold night. She was in a sweater and jeans and still shivering.

Officer Arndt kept staring at her until she remembered he'd asked her a question. "Uh, y-yes," she quavered. "I'm his wife."

"What? Um, has something happened? Please just tell me."

They wouldn't say anything, instead they looked at each other and she felt herself step aside to let them in.

"We think you should sit down."

"Uh no, I'm okay." She wrapped her fingers around the bottom of her sweater and glanced around the messy room she'd never finished cleaning up, before looking back at them. "Can I get you two something to drink?" She may be jumping out of her skin with worry but her southern manners just wouldn't quit for even a moment.

"No thank you ma'am," the young Officer Shields said and she turned back to look at him when she could have sworn she heard his voice cracking. It sounded so loud in the room it almost echoed.

"Are you sure you won't sit down?" Officer Arndt quietly asked, throwing a warning glance at his young partner that made her fingers wrap so tightly into her woolen top she was sure it would tear.

Althea felt her head shake from side to side, the movement coming from somewhere else, surely not from her own body. With each quickening breath she felt more nervous, practically hyperventilating, until their shifting glances and uniformed bodies began to turn into unfocused, hazy shapes in front of her.

The uniformed blur on the left, Officer Arndt, said quietly on a deep breath, "Mrs. Taylor, we are so sorry but your husband was in a car accident tonight."

"What?" She released her sweater.

Car accident? Those happen all the time, right? Hopefully he isn't too hurt, s
he thought.
Probably drove home when he was overtired. I need to get my purse. Where are my boots? They were right here.