Read Through a Camel's Eye Online

Through a Camel's Eye 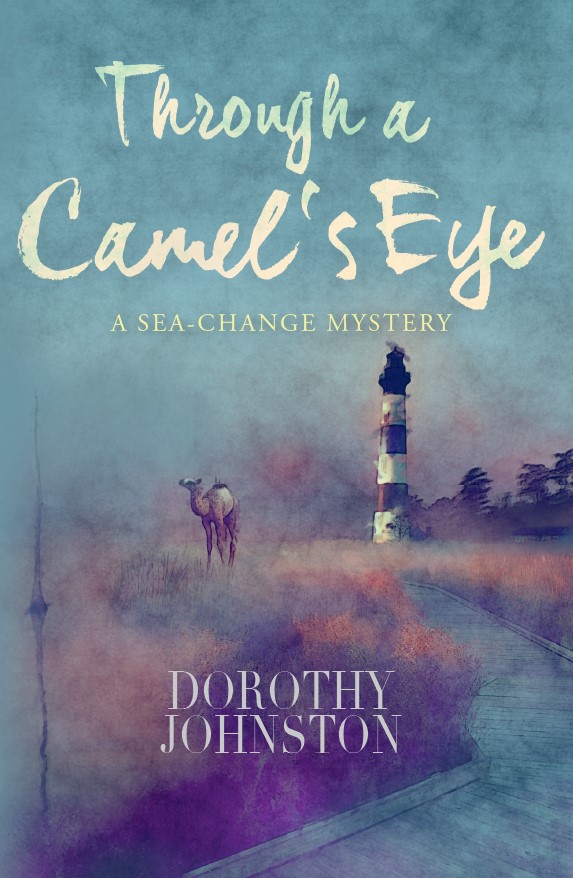 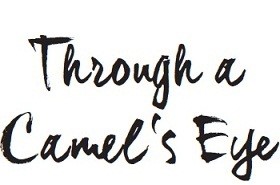 Of his bones are coral made:

Those are pearls that were his eyes:

Nothing of him that doth fade,

But doth suffer a sea-change

Into something rich and strange.

Ariel's song from
The Tempest

All rights reserved. Without limiting the rights under copyright reserved above, no part of this publication may be reproduced, stored in or introduced into a retrieval system, or transmitted, in any form or by any means (electronic, mechanical, photocopying, recording or otherwise), without the prior written permission. For permission contact the publisher at
[email protected]
.

This book is sold subject to the condition that it shall not, by way of trade or otherwise, be lent, resold, hired out, or otherwise circulated without the publisher's prior consent in any form of binding or cover other than that in which it is published and without a similar condition including this condition being imposed on the subsequent purchaser.

Through a camel's eye / Dorothy Johnston.

One for the Master

The House at Number 10

Praise for
The Sandra Mahoney Quartet

âDetective Sergeant Brook, making cheerful capital out of terminal illness to fast-track police department procedure, is one of the most unusual and attractive characters to hit the Australian crime scene in years.'
The Adelaide Advertiser

âAn artfully seductive crime story with a denouement which is chilling, fast and furious.'
The Age

A class act.'
The Weekend Australian

A realistic setting, a strong storyline, plausible and affecting characters and writing of sensitivity and strength.'
The Sunday Age

âWhat I like most about
One for the Master
is its passion and its mystery.'
Australian Book Review

âJohnston achieves the difficult double feat: she creates and maintains a convincing physical world, and yet transcends it through a lovely and original imagination.'
The Sydney Morning Herald

Dorothy Johnston was born in Geelong, Victoria, and lived in Canberra for thirty years before returning to Victoria's Bellarine Peninsula where
Through A Camel's Eye
is set.

She is the author of ten novels, including a quartet of mysteries set in Canberra. The first of these,
The Trojan Dog,
was joint winner ACT Book of the Year, and runner-up in the inaugural Davitt Award.
The Age
gave it their âBest of 2000' in the crime section.

Two of Johnston's literary novels,
One for the Master
and
Ruth,
have been shortlisted for the Miles Franklin award.

She has published many short stories in journals and anthologies, along with essays in Australia's major newspapers and she reviews fiction for the Fairfax Press. For more information about the author, please visit her website:
http://dorothyjohnston.com.au/

With grateful thanks to those who have helped in the writing of this novel, my family and the team at
For Pity Sake Publishing.

While this novel is set in real places, all characters are entirely fictitious. Any resemblance to any person, whether living or dead, is entirely coincidental.

In the pale green twilight, a woman was leading a young camel round a paddock. Camilla Renfrew stopped on the seaward side of the fence to watch. The woman was wearing jeans, a T-shirt, riding boots, and looked distinctly youthful too. Her short hair caught the light and glowed green-gold. She seemed intent on what she was doing and did not glance in Camilla's direction.

It was a trick of the twilight, Camilla thought, to make of fading a lasting brilliance, stretching the day out longer than it had any right to be. And this girl, with her long legs, striding with her long-legged beast, drawing him behind her on a rope - across a paddock in which new growth was just beginning to make its way through last year's dead grass - this, too, was a trick of the light, to hold the scene taut in an attitude of praise.

The animal's gait was coltish and uneven, but every few steps he seemed to get the hang of being led, and found a proper rhythm. Camilla's eyes became used to the mixture of brilliance and shadow. She bent forward, peering under the branches of the Moonah, which were grey and nobbled, dusty in their grooves.

Some said the Moonah was threatened with extinction, but Camilla knew better. The small, tough, grey-green leaves, the stoop away from the prevailing south-westerlies, marked the plant as a survivor, able to outlast exotic creepers when the droughts came.

The young camel pranced, pulling at the rope as though he wanted to run away, then submitting with good grace.

Camilla recalled the way he ran to the fence when the trainer wasn't there, the way he stopped suddenly, all four feet planted boom! She remembered the feel of his downy hump, and the way he looked at her with great, open curiosity, head high, dark brown eyes taking her in entirely. Even her son, these days, preferred not to meet her eyes.

Camilla was interested in metamorphosis. Her secret hope was to catch a creature at the moment of becoming other, leaving his or her old cast behind forever. On her more optimistic days she believed there must be such a moment, measurable in time, and believed that she might witness it. She wanted to be there when a moth emerged from its chrysalis, though understanding that the change had already taken place inside, protected from her prying eyes. She wished to record that moment of deep cell change from
this
to
that,
satisfy herself that she had indeed observed it. That the camel fascinated her was related to this more general interest - a study you could call it - though she hesitated to glorify her watching by that name. And spoke only to herself of this, or any other matter. It was almost a year now since Camilla Renfrew had lost the power of speech.

She'd been watching the camel for some weeks when it came to that September twilight. Straddling the fence on the opposite side of the paddock, the one nearest the road, was a large brown saddle decorated with strips of red and orange leather. A golden fringe hung down along one side, rows of small hexagonal mirrors creating a border between it and the leather. They were decorations such as an Afghan woman might have added, sewing cross-legged on the ground, at a bazaar somewhere in the middle east, or on the outskirts of Alice Springs.

The skittish creature, with his hump half grown, was clearly too young to take the saddle. Was it there for show? Camilla knew nothing about training camels. Such an eye-catching saddle it was, so elaborately wrought. The youngster stopped in his circuit of the fence and stood looking down his nose at her. It was such a long nose for a generally undeveloped creature, and his attitude of looking along it, then turning his head slowly to the side, unexpectedly decisive and mature.

The trainer pulled on the rope impatiently, and scowled at Camilla. She called out suddenly - âRiza!' - the name a kind of hiss.

Camilla chanced a smile, which was not returned. She thought it best to move off, though in no way trespassing, the sandy path through the Moonah, on her side of the fence, being public land.

It was then, as she began her climb through the sandhills, that Camilla remembered a woman coming towards her out of the fog. It had been a summer fog, unusual, and the woman's face had shone, white and somehow enlarged. But before she could take more than two steps, the woman was gone.

Then, the next day, or two days later - Camilla wasn't sure - she'd been on the cliff path again when she'd heard a scream. One scream. Cut off abruptly.

There'd been no one else on the path at the time. Camilla had walked to the lighthouse and back without seeing anyone. She'd wondered who she ought to tell now that she remembered. If she'd been able to speak, she would have gone to the police station. But the effort of explaining - how? - in writing? - was too much for her. The police would want to know why she'd waited so long. They would laugh at her, safe in the knowledge that their vocal cords were in perfect working order.

On the other side of the dunes, not far from the paddock which was home to an exotic creature, a man was scavenging along the tide line. It was his habit to do this, and most days at low tide found him walking slowly, head down, along one part of the shoreline or another. From a distance, he could be seen as no more than a shadow, thin and stooped. He wore a long coat of some dark material, buttoned tight against the wind, though, by his gait and demeanour, when a person came close enough to observe them, it was apparent that he was no stranger to cold winds. He was an old man, bearded, his long grey hair tucked underneath a beanie. Once he'd made his living as a sailor. Now he concentrated on what each flood tide happened to deposit at his feet.

Camilla Renfrew and Brian Laidlaw knew each other well by sight, yet not even in the days when Brian was an active seaman, and Camilla's tongue worked as well as anybody's, had they exchanged a word.

Six Stories by Stephen King
The Menagerie 2 (Eden) by Rick Jones
A Disgraceful Miss by Elaine Golden
MIND FIELDS by Aiken, Brad
Beyond the Prophecy by Meredith Mansfield
Definitely Maybe by Arkady Strugatsky, Boris Strugatsky
One Night Forever (The Cinderella Chronicles) by Lisa Renee Jones
The Fighter's Girl by Unknown
Between the Cracks by Helena Hunting
RequiredSurrender by Riley Murphy
Our partner