Read To the River Online 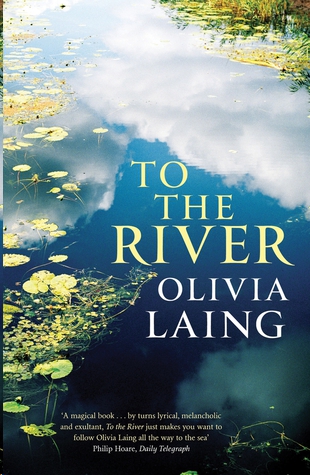 To the River
was chosen as a Book of The Year in the
Independent
, the
Financial Times
, the
Scotsman
and the
Evening Standard.

‘This is Laing’s first book and, without wanting to sound gushing ‒ the watery metaphor bug is catching ‒ her writing at its sublime best reminds me of Richard Mabey’s nature prose and the poetry of Alice Oswald. Like these two, and John Clare before them, Laing seems to lack a layer of skin, rendering her susceptible to the smallest vibrations of the natural world as well as to the frailties of the human psyche’ Jane Wheatley,
The Times

‘A lingeringly lyrical account of walking the length of the Ouse River – haunted by the shade of Virginia Woolf, who drowned herself in its waters . . . Olivia Laing [is] a new and thoughtful voice in the tradition of W.G. Sebald. I confidently expect it to be listed in this year’s favourite books’ Joan Bakewell,
Telegraph

‘Arrestingly beautiful . . . This is an uplifting book, which not only develops into a work of considerable richness, but . . . expresses its message of hope with increasing lyricism and uncluttered simplicity’ Juliette Nicholson,
Evening Standard

‘Of Olivia Laing's prose, we could simply say that words have a way with her and that her delight in language is at one with her absorption in the living world’ Laura Marcus,
TLS

‘The river becomes the thinnest of wire coat-hangers on which almost anything can be hung. The result is a meditation, a drifting sequence of thoughts on time and change, on loss, love and meaning, on hell and happiness, geology and evolution, science and poetry’ Adam Nicolson,
Spectator

‘
To The River
is a gentle, wise and riddling book. Its prose, like the river it describes, flows intricately, unpredictably and often beautifully, carrying the fascinated reader onwards’ Robert Macfarlane

‘A beautifully written meditation on landscape and the effect on it, benign and destructive, of generations of human beings. It is Woolf, however, who haunts the narrative. Her suicide by drowning in the Ouse in 1941 is a constant presence in the book, and Laing deftly unpicks the conflicting attitudes in the writer’s work towards rivers and the sea. For Woolf and Laing, water is at the same time enchanting and dangerous, full of the sirens who sing sailors to their doom. In this richly descriptive book, Laing succeeds superbly in delineating our often fraught, but nevertheless enduring relationship with water’
Sunday Times

‘Olivia Laing's debut,
To The River
, has a Sebaldian edge to it that lifts it out of memoir and biography into something far more tantalising and suggestive’
Guardian

‘The writing, at its best, is wonderfully allusive and precise . . . The book's subject and structure fuse pleasingly, weaving and meandering, changing pace and tone, pooling into biographical, mythical or historical backwaters before picking up the thread of Laing's riparian journey again. We find our happiness on this Earth, or not at all, and the Ouse, tricked from its course, poisoned and abstracted, flows implacably on. It's a bigger, deeper river on paper now, and we might say Laing has put it on the map; but allowed to slip free of our grid references feels truer, and more affirmative’
Observer

‘
To the River
is a gentle, wise, observant book, both sparkling and mysterious. In fluid, meditative prose that maintains a quality of heightened awareness throughout many meanderings, Laing describes not just what she sees but the parallel narratives of her inner life . . . Laing's writing ‒ sometimes clear, sometimes shifting and oblique, always appropriate to the tale she's telling ‒ is a joy . . . Laing has a gift for conjuring the loveliness of the countryside and the creatures that inhabit it, and in her hands the changing land and riverscape are imbued with wonder and filled with stories’
Metro

‘A haul of gems’ Boyd Tonkin, Books of the Year,
Independent

‘
To the River
is a constant delight: dreamy and lyrical, meditative and wry; a fluid braid of mythology, memoir and biography . . . A beautiful ‒ and beautifully written ‒ book, every bit as enchanting as its watery subject’
The Lady

A Journey Beneath the Surface

This digital edition first published by Canongate in 2011

For my parents and my sister,

and in memory of my grandfather, 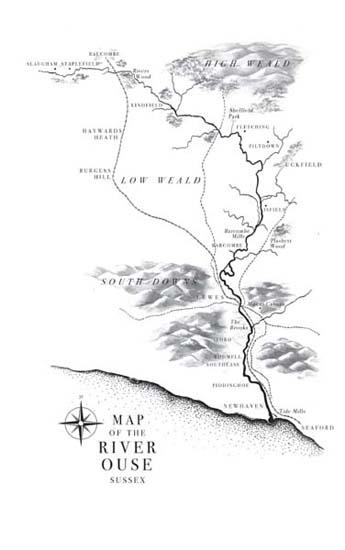 All the rivers run into the sea; yet the sea is not full; unto the place from whence the rivers come, thither they return again. All things are full of labour; man cannot utter it: the eye is not satisfied with seeing, nor the ear filled with hearing. The thing that hath been, it is that which shall be; and that which is done is that which shall be done: and there is no new thing under the sun.

II AT THE SOURCE

V IN THE FLOOD

Map of the River Ouse
, by Helen Macdonald

The River Ouse
. Photograph by the author.

Upper Hell
, by C. W. Scott-Giles, from
Hell
, book one of Dante’s
Divine Comedy
, translated by Dorothy L. Sayers and first published by Penguin in 1949.

The reconstructed skull of ‘Piltdown Man’
, circa 1950.
Copyright © Popperphoto/Getty Images. 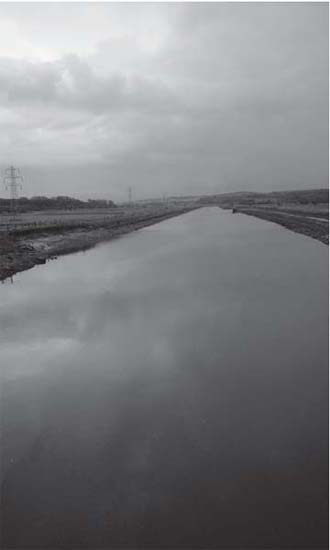 I
AM HAUNTED BY WATERS
. It may be that I’m too dry in myself, too English, or it may be simply that I’m susceptible to beauty, but I do not feel truly at ease on this earth unless there’s a river nearby. ‘When it hurts,’ wrote the Polish poet Czeslaw Miłosz, ‘we return to the banks of certain rivers,’ and I take comfort in his words, for there’s a river I’ve returned to over and again, in sickness and in health, in grief, in desolation and in joy.

I first came to the Ouse one June evening a decade back. I was with a boyfriend long since relinquished, and we drove from Brighton, leaving my car in the field at Barcombe Mills and walking north against the current as the last few fishermen swung their lures in hope of pike or bass. The thickening air was full of the scent of meadowsweet and if I looked closely I could make out a scurf of petals drifting idly along the bank. The river ran brimful at the edge of an open field, and as the sun dropped its smell became more noticeable: that cold green reek by which wild water betrays its presence. I stooped to dip a hand and as I did so I remembered Virginia Woolf drowned herself in the Ouse, though why or when I didn’t know.

For a while I used to swim with a group of friends at South-ease, near where her body was found. I’d enter the swift water in trepidation that gave way to ecstasy, tugged by a current that threatened to tumble me beneath the surface and bowl me clean to the sea. The river passed in that region through a chalk valley ridged by the Downs, and the chalk seeped into the water and turned it the milky green of sea glass, full of little shafts of imprisoned light. You couldn’t see the bottom; you could barely make out your own limbs, and perhaps it was this opacity which made it seem as though the river was the bearer of secrets: that beneath its surface something lay concealed.

It wasn’t morbidity that drew me to that dangerous place but rather the pleasure of abandoning myself to something vastly beyond my control. I was pulled to the Ouse as a magnet is pulled to metal, returning on summer nights and during the short winter days to repeat some walks, some swims through turning seasons until they amassed the weight of ritual. I’d come to that corner of Sussex idly and with no intention of staying long, but it seems to me now that the river cast a lure, that it caught me on the fly and held me heart-stopped there. And when things began to falter in my own life, it was the Ouse to which I turned.

Puckoon by Spike Milligan
Melindas Wolves by GW/Taliesin Publishing
The Story of My Teeth by Valeria Luiselli
The Curse of the Buttons by Anne Ylvisaker
Fletch and the Man Who by Gregory Mcdonald
Not Even Death-Eternally Your Master by B.B. Blaque
Trent: Her Warlock Protector Book 7 by Hunter, Hazel
The Deceivers by John D. MacDonald
The Sheik and the Bought Bride by Susan Mallery
Luana by Alan Dean Foster
Our partner