Read Turn It Up Online 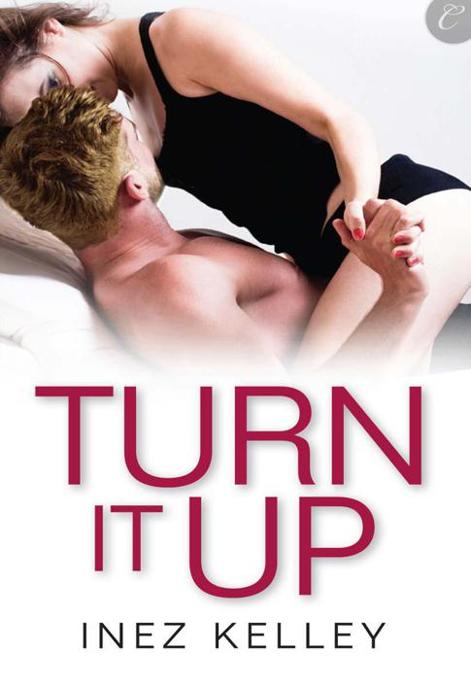 Dr. Bastian Talbot and self-proclaimed sex goddess Charlie Pierce heat up the air waves with their flirty banter as radio hosts Dr. Hot and the Honeypot. Off the air, they’re best friends…but Bastian wants to be so much more. He wants Charlie—in bed, and forever.

Problem is, Charlie doesn’t do commitment. Sure, she’s had X-rated fantasies of Bastian, but he was always just a friend—until he impulsively proposes and unleashes the lust they’ve been denying for years. Charlie’s willing to explore where their wild chemistry leads, but she won’t marry him. And
he
won’t have sex with
her
until she accepts his proposal, despite her seductive schemes.

What are Dr. Hot and the Honeypot to do? Ask their listeners for advice on how to tame a sex kitten and turn a perfect gentleman into a shameless lover. The Race to Wed or Bed is on…who will turn up on top?

I feel as though it was just last week I was attending 2010 conferences and telling authors and readers who were wondering what was next for Carina Press, “we’ve only been publishing books for four months, give us time” and now, here it is, a year later. Carina Press has been bringing you quality romance, mystery, science fiction, fantasy and more for over twelve months. This just boggles my mind.

But though we’re celebrating our one-year anniversary (with champagne and chocolate, of course) we’re not slowing down. Every week brings something new for us, and we continue to look for ways to grow, expand and improve. This summer, we’ll continue to bring you new genres, new authors and new niches—and we plan to publish the unexpected for years to come.

So whether you’re reading this in the middle of a summer heat wave, looking to escape from the hot summer nights and sultry afternoons, or whether you’re reading this in the dead of winter, searching for a respite from the cold, months after I’ve written it, you can be assured that our promise to take you on new adventures, bring you great stories and discover new talent remains the same.

We love to hear from readers, and you can email us your thoughts, comments and questions to [email protected] You can also interact with Carina Press staff and authors on our blog, Twitter stream and Facebook fan page.

For LB: Satisfied now?
For Deb: You wanted to laugh.
For the Rat Girls: What would I do without you?
For Big G: As always.

I want to thank several people who helped and double-checked my facts in this story.

Dr. Rajan Masih gave me unique insight to all the workings/staffing/behind the scenes in an ER and intermediate-care facility. He was my “go-to guy” for protocol, behaviors and emergency care.

Dr. Jenny Miller read several snips, correcting my goof-ups until it was right. She also never minded my weird questions or out-of-the-blue inquiries, of which I had a lot.

I couldn’t have written this without you. Thank you!

“Did you just have an orgasm?”

Charlie’s pink tongue darted over her lips, whisking away the trace of white. A satisfied moan caressed the night. “Better…a s’morgasm.” She bit into the s’more and delight softened her face.

Something akin to jealousy drilled into Bastian’s gut. Things hardened further south for him. Snaps and pops from the small fire filled the silence. Beyond the tree line, another campsite blared hillbilly rock. The throb of music was too low to make out, but it vibrated the night with bass.

Another catlike purr emanated deep in her throat.

“All right, that’s enough. Much more of that and I’ll have to slap a triple-X rating on the marshmallow bag.”

Charlie held out her treat with sugary flirtation. “Want a bite?”

He gave her no warning. He leaned close and snagged the entire offering with snapping teeth.

“Hey! You thief. That was mine.” She huffed with her indignation. The gooey sweetness made it hard to smirk but he did his best, wiggling his eyebrows at her. “Typical man, get a quick s’morgasm and leave a woman wanting.”

“There’s an entire bag of marshmallows left. Have all the s’morgasms you want,” he teased around the mouthful.

Her bottom lip shot out with a pout as she grabbed the pack of graham crackers from his fingers. “I’m not sharing with you anymore.”

She cocked her head. “Do I look like your mother?”

“If my mother had looked like you, I’d have gladly been a mama’s boy.”

The things her laugh did to him were illegal in twelve states. What should have been illegal was the way her faded cutoffs hugged her ass. She looked like Betty Boop in mutilated Levis. There was no way a whisper of air could fit between her skin and the denim, but his fingers would love to try. He fisted them tight to maintain control.
Down, boy.

Swallowing more than chocolate and graham cracker, he pulled his eyes from her behind. “Was there peanut butter in that?”

She speared two marshmallows onto the stick he’d sharpened for her. “Yep. Reese’s Cups instead of Hershey Bars—the difference between a s’more and a s’morgasm.”

“Leave it to you to find a way to make camping sexual.” Bastian shook his head with a grin.

Charlie made everything sexual. Some women turned heads. Charlie Pierce turned entire bodies. More than one man had done a complete one-eighty as she walked down the street. She was a siren and a vixen without apology. Her sapphire eyes stared straight at a man, daring him:
if you want to look, then look your fill
.

No one knew him better and he couldn’t imagine his life without her. He loved her to distraction.

He wanted her with an obsession.

He was in hard-on hell.

She was his best friend, his platonic, nonsexual, do-or-die-for buddy.

Long, graceful fingers smoothed a stray dark hair from her face and she caught his gaze. The smile she beamed at him outshone the campfire behind her and warmed his heart with more heat. “Just to be a brat I should drop yours in the dirt.”

“Try it,” he growled. “And you’ll be sleeping in the dirt while I hog the tent.”

“Better than your knees nailing me in the ass again.”

She stuck out her tongue. The image of that tongue sliding along his skin created an immediate need for a readjustment, but he waited until her back was turned before situating his semi-erection more comfortably. It wasn’t his knees he wanted to nail her with.

A log snapped in the campfire, sending a flurry of glowing embers shooting into the air, and she jumped back slightly. She was like those fire bits reaching high into the night, unable to be held by the blaze below. A sexual spark crackled inside Charlie, infusing everyone around her. Well, everyone with a penis, although Bastian had seen several women come to life, too. Flirtation, innuendo and teasing erupted whenever she entered a room.

Something else twitched, threatening to erupt if she didn’t move her fanny out of his face.

“Here. Careful, it’s hot.” Handing him a sticky, oozing square, she settled beside him cross-legged in the hard-packed dirt and bit into her s’morgasm. This time, she didn’t moan, allowing his libido to get shoved down into submission.

Do not imagine her naked.

Do not dream about her skin next to yours.

Do not think about crossing that invisible unspoken barrier.

Do not wonder what she’d do if you just kissed her marshmallowy mouth.

Do not pass go. Do not collect two hundred dollars.

His eyes snapped to hers. “Don’t do what?”

“Don’t bite it like that. It’s going to squish out and make a mess.”

Hiding a sigh of relief, he ate the too-sweet and too-rich snack because she’d made it. Charlie pulled a manila folder out of her giant tapestry bag and he groaned around squishy sugar. “No, no work. You promised me forty-eight hours of absolute laziness. I’ve got nearly twenty-four left.”

“Five minutes, you big whiner. We just have to pick some topics for the next couple shows so I can do the promos tomorrow night and then we’re done. Okay?”

“When are you going to run them by Nathan?”

Charlie gagged exaggeratedly. “Please. Nathan wouldn’t know sexy if it bit him in his droopy, flat ass. I just tell him he approved it in the staff meeting. He acts like he remembers to cover the fact he’s clueless.”

A snarl itched inside his throat. “Is he still trying to look down your shirt every meeting?”

“Nah, he stopped that once I started muttering ‘sexual harassment lawsuit’ under my breath.” A wicked light glimmered in her eyes. “I also mentioned you have a jealous streak and you’re a boxer.”

He snorted. “Since when?”

“Hey, you’re protective of me. And you box all the time in the gym.”

“I box for cardio, not as a profession.”

“So I didn’t lie. If he misunderstood…”

“But you let him think we’re sleeping together?”

“Everybody thinks we’re sleeping together.” One brow arched and she glanced at the tent. “And
technically
, we are.”

Technically. In a tent. In separate sleeping bags. Yeah, that was as close to her as he was going to get, which really sucked. He rubbed his forehead to hide his sigh. “You’re a tease.”

How anyone could say no to those big pleading eyes of hers, he’d never know. She could ask him to walk off a cliff and he’d do it, buck naked and singing “Yankee Doodle.” But he couldn’t let her know that. He blew out an inflated sigh and leaned back against the log he was using as a backrest. “Fine, five minutes. I’m timing you. Go.”

She wrinkled her nose in his direction, opened the folder and shuffled some papers. “Oral sex?”

“Could you handle a show on homosexuality?”

“I’ve got no problem with that.”

“Mmm, hold off on that and let me do some research, okay?”

“All right, I’ll put that on the back burner. What about latex love?”

“If you’re talking condoms, no problem. But not the pseudo-rubber-fetish shit.”

“No, absolutely not.” Head shaking emphatically, he grabbed for his bottle. The last bit of sweetness got washed down with a swallow of lukewarm beer.

“Because there are some twisted shits out there and I don’t want to hear about it. Let them keep their dreams of well-endowed mangy mutts and Cool Whip to themselves.”