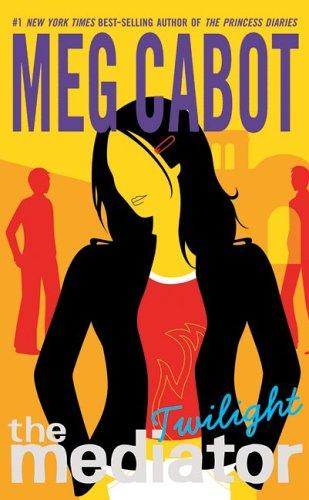 It had been a typical Saturday morning in Brooklyn. Nothing out of the ordinary. Nothing to make me suspect it was the day my life was going to change forever. Nothing at all.

I’d gotten up early to watch cartoons. I didn’t mind getting up early if it meant I’d get to spend a few hours with Bugs and his friends. It was getting up early for school that I resented. Even back then, I hadn’t been too fond of school. My dad had to tickle my feet on weekdays to get me out of bed.

Not on Saturdays, though.

I think my dad felt the same. About Saturdays, I mean. He was always the first one out of bed in our apartment, but he got up extra early on Saturdays, and instead of oatmeal with brown sugar, which he made me for breakfast on weekdays, he made French toast. My mom, who’d never been able to stomach the smell of maple syrup, always stayed in bed until our breakfast plates had been rinsed and put in the
dishwasher, and all of the counters were wiped down, and the smell was gone.

That Saturday—the one right after I turned six—my dad and I had cleaned up the syrupy dishes and counters, and then I’d returned to cartoons. I can’t remember which one I’d been watching when my dad strode in to tell me good-bye, but it had been a good enough one that I’d wished he’d hurry up and leave already.

“Bye,” I’d said. I don’t think I even bothered to look at him. I knew what he looked like. A big tall guy with a lot of thick dark hair that had gone white in some places. That day, he’d been wearing gray jogging pants and a T-shirt that read
HOMEPORT
,
MENEMSHA
,
FRESH SEAFOOD ALL YEAR ROUND
, left over from our last trip to Martha’s Vineyard.

Neither of us had known then they’d be the last clothes anyone would ever see him in.

“Sure you don’t want to come to the park with me?” he’d asked.

“Da-ad,” I’d said, appalled at the thought of missing a minute of cartoons. “No.”

Would I have done anything differently, if I’d known it was the last time I’d ever see him again—alive, anyway? Of course I would have. I would have gone to the park with him.
I’d have made him walk, instead of run. If I’d known he was going to have a heart attack out there on the running path and die in front of strangers, I’d have stopped him from going to the park in the first place, made him go to the doctor instead.

Only I hadn’t known. How could I have known?

It had been a typical Saturday morning in Brooklyn.

CHAPTERS
O
NE
I found the stone exactly where Mrs. Gutierrez had said it

T
WO
He’d done it. Finally. Just like, deep down, I guess I’d

F
IVE
Mr. Walden held up a stack of Scantron sheets and said,

S
EVEN
“Father Dominic?” My voice seemed frantic, even to my

“Don’t bother denying it,” Paul said as I stared up at him in

N
INE
“Is there wheat in this?” a petite woman in a China chop

E
LEVEN
Because of the auction, Andy was late putting dinner on the

T
WELVE
“This is by the same director who made Jaws?” Jesse wanted

T
HIRTEEN
It was my room, but it wasn’t.

F
OURTEEN
It was warm in the loft. Warm and dry. And not just because

F
IFTEEN
I don’t know how long I lay there like that. Long enough to

S
IXTEEN
Because, in the end, I couldn’t do it.

S
EVENTEEN
I felt the blood in my veins run cold.

E
IGHTEEN
Don’t ask me how. I wasn’t born with superhearing or anything.

N
INETEEN
I landed with such force, all the wind was knocked out of

T
WENTY
I must have jumped about a mile and a half into the air, I

I found the stone exactly where Mrs. Gutierrez had said it would be, beneath the drooping branches of the overgrown hibiscus in her backyard. I shut off the flashlight. Even though there was supposed to have been a full moon that night, by midnight a thick layer of clouds had blown in from the sea, and a dank mist had reduced visibility to nil.

But I didn’t need light to see by anymore. I just needed to dig. I sunk my fingers into the wet soft earth and pried the stone from its resting spot. It moved easily and wasn’t heavy. Soon I was feeling beneath it for the tin box Mrs. Gutierrez had assured me would be there….

Except that it wasn’t. There was nothing beneath my fingers except damp soil.

That’s when I heard it—a twig snapping beneath the weight of someone nearby.

I froze. I was trespassing, after all; the last thing I needed was to be dragged home by the Carmel, California, cops.

Then, with my pulse beating frantically as I tried to figure out how on earth I was going to explain my way out of this one, I recognized the lean shadow—darker than all the others—standing a few feet away. My heart continued to pound in my ears, but now for an entirely different reason.

“You,” I said, climbing slowly, shakily, to my feet.

“Hello, Suze.” His voice, floating toward me through the mist, was deep, and not at all unsteady… unlike my own voice, which had an unnerving tendency to shake when he was around.

It wasn’t the only part of me that shook when he was around, either.

But I was determined not to let him know that.

“Give it back,” I said, holding out my hand.

He threw back his head and laughed.

“Are you nuts?” he wanted to know.

“I mean it, Paul,” I said, my voice steady, but my confidence already beginning to seep away, like sand beneath my feet.

“It’s two thousand dollars, Suze,” he said, as if I might be unaware of that fact. “Two
thousand
.”

“And it belongs to Julio Gutierrez.” I sounded sure of myself, even if I wasn’t exactly feeling that way. “Not you.”