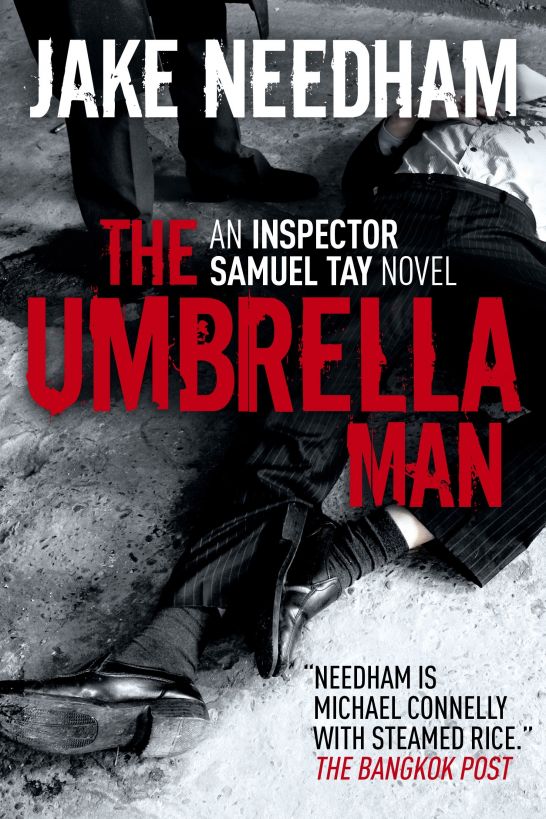 WHAT THE
PRESS SAYS ABOUT JAKE NEEDHAM

“In his raw power to bring the street-level
flavor of contemporary Asian cities to life, Jake Needham is
Michael Connelly with steamed rice.” –
The Bangkok Post

“Jake Needham is Asia’s most stylish and
atmospheric writer of crime fiction.”
– The Singapore Straits
Times

“Jake Needham has a knack for bringing
intricate plots to life. His stories blur the line between fact and
fiction and have a ‘ripped from the headlines’ feel…Buckle up and
enjoy the ride.”
– CNNgo

“Mr. Needham seems to know rather more than
one ought about these things.”
–The Wall Street Journal

“What you will not get is pseudo-intellectual
new-wave Asian literature, sappy relationship writing, or Bangkok
bargirl sensationalism. This is top class fiction that happens to
be set in an Asian context.”
– Singapore Airline SilverKris
Magazine

“For Mr. Needham, fiction is not just a good
story, but an insight into a country’s soul.”
–The New Paper
(Singapore)

THE FIRST BOMB
cracked the Hilton
like an egg; the second gutted the lobby of the Marriott; and the
third peeled the front off the Grand Hyatt. Three massive
explosions, all at American hotels in the heart of the city, and
all within a few horrifying seconds. Hundreds are dead and
thousands are injured. Singapore is bleeding.

Inspector Samuel Tay is a senior inspector in
the Special Investigation Section of Singapore CID, but he is
frozen out of this investigation from the beginning. He’s made
serious enemies in Singapore’s Internal Security Department, and he
has even more enemies at the American embassy, so Tay is assigned
routine cases while his colleagues join with the CIA and the FBI in
a feverish search for the bombers.

Three days after the explosions, the smell of
death still sticky in the city’s air, Tay is sent to a run-down
apartment near the Malaysian border where two children have found
the body of a Caucasian male with a broken neck. Tay feels an
immediate connection with the dead man, although he doesn’t think
he has seen him before.

As Tay searches the dead man’s past for clues
to who he was and who his killer might have been, Tay’s own past
begins to give up its secrets. A long-dead father he can barely
remember reaches out of the grave to point to the truth about both
the murdered man and the bombings. And the horror of Singapore’s
destruction becomes a personal horror for Samuel Tay.

This e-book is licensed for your personal
enjoyment only. It may not be re-sold or given away to other
people. If you are reading this book and did not purchase it or it
was not purchased specifically for your use, please purchase a copy
for yourself. Thank you for respecting the work of the author and
the publisher.

Excerpt from THE AMBASSADOR’S WIFE, © 2011 by
Jake Raymond Needham 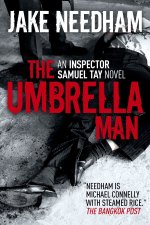 What The Press Says About Jake
Needham

Bonus Preview of THE AMBASSADOR’S
WIFE

SAMUEL TAY PUSHED himself up from the chair
and walked over to the French doors that led to his small garden.
He opened them and stepped onto the brick pavers in his stocking
feet.

Shaking a Marlboro out of the pack in his
pocket, he lit it and stood quietly smoking. The fumes made little
swirls and eddies in the air and Tay followed them with his
eyes.

He was still trying to quit, of course. He
was always trying to quit. His best effort to date had been
twenty-nine days. Not good, but not that bad either. How he saw it
generally depended on whether he was having a glass-half-empty or a
glass-half-full kind of day.

This had been a glass-completely-empty kind
of day.

And of course Tay didn’t know it yet, but it
was just about to get a whole lot worse.

Tay lifted his arm and looked at his watch.
Later, he would remember it had been exactly 7:55 pm when he heard
the sounds.

Two almost simultaneous rumbles off in the
distance.

Then, a few seconds later, a third.

Tay lowered his arm and looked around.

He glanced at the sky, or at least at the
part of the sky he could see over the houses surrounding his
garden. No, it was clear.

Not thunder then. So what had he heard?

It occurred to Tay almost immediately, of
course, that it could have been the detonation of bombs.

There had never been a bombing in Singapore,
but that did not mean there could not be one. Tay was a police
inspector, a twenty-year veteran of the Special Investigations
Section of the Criminal Investigations Department of the Singapore
Police Department. He had seen more than enough to believe that
anything was possible.

Tay lived on Emerald Hill Road, a quiet
dead-end street in a sleepy neighborhood of classic row houses. It
was an area steeped in dignity and tranquility, yet it was barely a
hundred yards from busy Orchard Road. Half of Singapore’s
international hotels were on Orchard Road. Alternating with
mammoth, multi-story shopping malls, they formed two unbroken ranks
of massive structures that lined both sides of the six-lane road
for mile after mile. If there were ever to be a bombing in
Singapore, Orchard Road would be at the top of any bomber’s list of
choice locations.

But Tay simply could not bring himself to
believe there had been a bombing in Singapore on this night or, for
that matter, that there would be on any other night.

Even an inspector in the Singapore Police
reacts to such an improbability just as most of us do, reasoning
that the frightening, the utterly unacceptable, cannot really be
happening despite what the observable facts might suggest. When we
are roused from our beds in the quiet of the night by our front
door smashing open, the first thing we tell ourselves is the sound
must be something other than that. Something that is entirely
innocent. Something that is not scary at all.

Tay listened carefully for any clues as to
the origin of the noises he had heard, but the evening sounds from
his little garden now seemed entirely normal. Nothing at all came
to his ears now that ought to make him uneasy.

Yet he
was
uneasy.

Ordinarily, Tay wouldn’t even have been home
yet. Under normal circumstances he wouldn’t have been there to hear
the sounds and wonder what they were. But this had not been a
normal day and these were not normal circumstances. He was home
standing in his garden this evening, smoking a cigarette, because
of Mayling Aw.

Mayling was an unremarkable woman of
twenty-four who had come to Singapore almost a year earlier from a
God-forsaken village somewhere in China that Tay couldn’t have
found on a map even if he tried, which he hadn’t. She had come to
stay with her sister. Mayling didn’t tell her sister she was
pregnant until after she arrived, and five months later she gave
birth to a baby girl. While she was in the hospital her sister
disappeared, ran away to Indonesia some people said, and Mayling Aw
was left alone with her new baby in her sister’s little Housing
Board flat out on the far edge of Singapore, all the way up to the
Jahor Strait.

Mayling knew no one in the entire country.
She had no money and no job and she had no prospects of getting
either one since she was in Singapore on a tourist visa and it had
expired. She spoke neither English nor Mandarin and was able to
communicate only in a Chinese dialect which some people said was
Hakka and others swore was a variation of the Xiang dialect spoken
in the Sichuan region. Later, looking back, no one could even say
where she was getting food since she knew no one to ask for help.
Perhaps, some said, she was stealing it.

It was a mournful but banal story, an
unremarkable variation on a wretched, but common tale of one more
lost and battered soul adrift in the world. The truth was no one
really gave a damn about Mayling Aw. Not until two days ago. That
was the day Mayling Aw became famous.

On Wednesday afternoon, Mayling climbed the
stairs to the roof of the apartment building where she was staying.
As Tay pieced it together later from the interviews he and Sergeant
Kang conducted, she walked back and forth on the roof for nearly an
hour. A maintenance man noticed her there, but he thought nothing
of it since it was common enough for people to go up to the roof to
have a smoke.