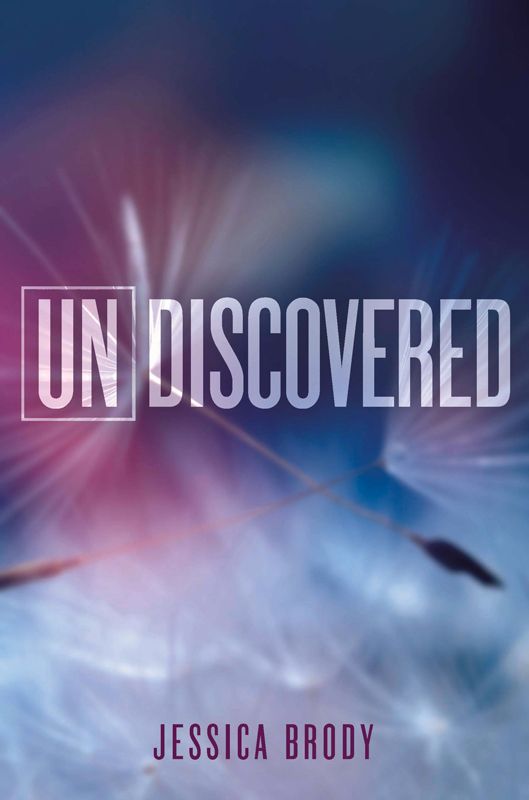 The light from the hovercopter was blinding, blazing across the darkened desert sky like a meteor. For anyone else it meant the end. For me, it only meant another challenge.

I shielded my eyes and gazed up into the silent sharp blades, a sly smile snaking its way across my lips.

“Good luck catching me,” I murmured as I stepped out of the lab.

Chances were the pilot and his crew were new recruits. Sent on some kind of stupid training operation to catch the compound hooligans. They’d never send
actual
resources after me. That would be a waste. No, they’d turn me into a coaching method. A harmless mission that they could use to tick off another mark on their school curriculum.

But I knew this compound better than most of the seasoned agents here. Which meant the odds these amateurs could apprehend me were slim at best.

Of course, my cohorts had already surrendered. Pretty typical. They could always be counted on to cave at the first sign of trouble. Which was why I never actually gave them any
real
responsibilities.

Which was why the box was in my hands right now.

The others—Klo, Rustin, and Xaria—were just decoys. They wanted to participate because they thought it sounded “fun.” An amusing distraction from the mundane life of the compound. So I gave them a task. I let them dress up and feel important. Then I sent them out to be captured so I could make my getaway.

I knew nothing bad would happen to them. A slap on the wrist from Director Raze and an absentminded reprimanding from their distracted parents and that would be it.

A feeble punishment for a couple of kids just messing around.

I didn’t do this for fun. My motives were much more complicated than that.

“Don’t move!” the agent-in-training’s voice blasted through the digital projection system into the night. “Stay right where you are.”

I had to laugh. It was a pathetic attempt to come off as menacing. Not to mention how cheesy the words themselves were. They really needed to get a better training script.

The hovercopter made its quiet descent, wobbling slightly as it approached the ground and the pilot fought to keep it level. I could now see his face through the window, his jaw pinched tight in concentration as he steered the car-sized craft unsteadily to the earth.

I smiled affably as though I was happy to see them. And I was.

Happy to see them fail.

Pretending to surrender, I set the uncovered box on the ground and placed my hands above my head, flashing them my best “oh darn, you got me!” look. Meanwhile, with the tip of my foot, I gently tipped the box onto its side. The thirty miniature rabbits (each no bigger than a mouse) scurried onto the desert floor, scattering in all directions.

I felt the swell of satisfaction rise in my chest. The taste of victory was sweet on my tongue.

But the bitterness of knowing that it wouldn’t last wasn’t far behind. It followed me around like a stalker.

The agents were instantly distracted by the horde of genetically modified rabbits, scampering to freedom, each carrying a terminal disease that Diotech had inflicted upon them. No doubt the creatures would be dead before the sun came up, their poisoned blood eating away at them from the inside. But at least they wouldn’t have to live out their last few hours in a cage, with scientists probing them and stuffing them full of chemicals.

I took advantage of the agents’ distraction and ran, heading south, toward the nearest entrance to the air ducts. I stole a quick glance behind me to see the first agent raising his weapon and taking aim at my head.

I cringed, knowing from experience that being shot in the head by a Diotech-issued Energy Mutation Laser was
not
a pleasant experience. The guy clearly hadn’t been taught that the best way to take someone down is to aim for the feet.

Even on the lowest setting, a Mutie could render a woolly mammoth immobile.

I ducked and rolled as I felt the air above my head vibrate and wave, the molecules temporarily stunned by the shot.

Seeing the ventilation duct in front of me, cut into the exterior wall of lab 5, I struggled to my feet and ran. I managed to remove the grate, stuff myself inside and secure it back into place before the four agents came barreling around the corner.

I sat still and held my breath as I listened to their heavy footsteps pound past me. I knew from their direction and the way they organized into a single file line that they were heading into the alleyway between labs 4 and 5.

Good. They would end up in the gardens. Searching for me behind landscaped hedges, trees, and large boulders would keep them busy for a while. I turned and began to crawl through the duct, popping out on the other side of the building. From here, it was only a short run to the Residential Sector.

I knew by the time the agents made it back to their base and reported what had happened, I’d be safe in my bed. I’d probably read about the breach on the compound news feed tomorrow morning.

These people weren’t big fans of reporting on their failures.

After a close call in the Medical Sector last night, a would-be intruder was apprehended, the breach contained, and the stolen contents of lab 2 safely returned.

Only I would know it was a lie.

Well, me and the scientists of lab 2, of course. Who would return tomorrow morning to find their precious bunnies gone.

Even the pilot and the agents-in-training would most likely not remember this tomorrow. A quick trip to the Memory Coders and this mission would be recollected as a grand success.

The apartment was empty when I arrived. Not that I was surprised by this. I hadn’t seen my mother in weeks. She stopped caring she had a son about the time she was tasked with her latest research project—whatever that was. I had yet to be able to hack into any details.

Which meant it was a C9.

The highest clearance level there is.

The mini rabbits I saved tonight were a measly C3.

They miniaturized them so they could infect more at a lower cost.

That’s Diotech for you. Heartless, but economical.

As I lumbered down the hall, I stopped at the doorway to my mother’s bedroom and stared inside, taking in her unmade bed and the plate of half-eaten moldy cheese on her nightstand that had started to turn into a science experiment of its own. I had to clench my teeth and dig my nails into the sides of my legs to keep from punching through the wall.

I retreated to my room and closed the door behind me, even though there was no point. I basically lived alone and had all the privacy in the world.

I could have had sex in every room in this apartment and no one would know.

That is,
if
I actually had someone to have sex with
.

And Xaria didn’t count. Just because she was one of only
two
girls living on this compound who was my age didn’t mean I automatically had feelings for her. No matter how metallic Klo and Rustin insisted she was.

If she was so attractive, why didn’t
they
just glitch her?

As I lay down in bed, I thought about the rabbits running free through the desert landscape. No longer caged. No longer the property of Diotech.

I had hoped the act of releasing them would make me feel something. I don’t know what. Something
different
from the way I felt every day—resentful, neglected, trapped.

But once again, I was disappointed.

Once again, I fell asleep angry.

The knock on the apartment door the next morning came earlier than I expected. And it wasn’t Director Raze’s face on the other side as I would have assumed, but rather Dr. Havin Rio’s. I rolled my eyes and let him in. Dr. Rio and my mother had gotten close since my father left. Too close for my liking. If he thought that sharing a breakfast table a handful of times entitled him to play father figure, he was sorely mistaken. The one benefit of my mother sleeping in her lab every night was that I rarely had to see this cretin.

“Lyzender,” he said stiffly, giving me a nod.

“Havin,” I said, matching his rigidity.

He was dressed in his usual white lab coat, his flaming red hair slicked into place with too much SynthoGel. He didn’t sit down. He just stood awkwardly in the entryway, looking like a desert lizard caught in a hovercopter beam.

“Your mother has gotten some disturbing reports from Director Raze.”

I raised my eyebrows. “Has she?”

He ignored my blatant sarcasm. “She has. And—”

“And she sent
you
to deal with me.”

He blinked in seeming surprise. It was the most expression I’d ever gotten out of this guy.

“Where are the rabbits?” he asked point-blank, apparently opting not to have a heart-to-heart. That much I could at least be grateful for.

I didn’t really expect to get away with it. I knew Klo, Rustin, and Xaria would rat me out. If not by squealing, then through their memories alone.

But anonymity wasn’t my goal. It never has been.

I walked into the kitchen and dispensed a cup of juice from the distributor. “I set them free.” I told him.

I saw his shoulders sag.

“This has got to stop, Lyzender.”

I sipped my juice. “I disagree.”

I could see the frustration fighting its way to his features. He did an impressive job at holding it back. “Last week it was a hundred gallons of enhanced biofuel from the Energy Sector, the week before that it was two million nanocams from the Communications Sector.”

“No one deserves to be locked in a cage,” I explained, flashing him a smile. “Even nanocams.”

“Do you realize how much time and how many resources you have destroyed?”

I sat down at the kitchen table and sighed dramatically. “Oh, probably countless.”

“This isn’t a game, Lyzender.” His voice was stern now, almost enough to shock me. “These projects have the ability to cure diseases, save ecosystems, improve air quality.”

“And make Diotech billions of dollars,” I pointed out. “Guess I should sell my stock.”

He stormed at me, his nostrils flaring, but stopped himself just short of my chair. I watched him battle to keep his usual stoic façade. When he finally collected himself, he said, “I understand you’re angry. I understand you’re frustrated about being here. But until you’re eighteen, there’s absolutely nothing you can do about it. So I suggest you find another way to expend your reckless energy.”

“Or what?” I challenged. “You’ll tell Dr. Alixter about me and send me to the Memory Coders?” His mouth flopped open, and I let out a scornful laugh. “That’s right. I know how things work around here. I know what happens when people see what they’re not supposed to see. In fact, I’m surprised you guys haven’t shipped me off to a boarding school in Europe with a whole new life implanted in my brain. The memory of a mother who actually gives a flux about me would be nice. If you’re taking requests.”