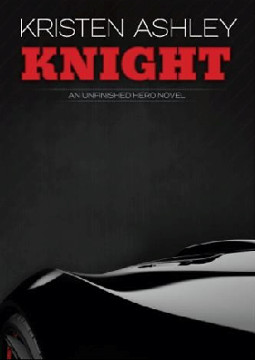 Published by Kristen Ashley at
Smashwords

Games of the Heart

Until the Sun Falls from the Sky

This ebook is licensed for your personal enjoyment only. This ebook may not be re-sold or given away to other people. If you would like to share this book with another person, please purchase an additional copy for each person. If you’re reading this book and did not purchase it, or it was not purchased for your use only, then please return to Smashwords and purchase your own copy. Thank you for respecting the hard work of this author.

It is my goal as a female writer to send a message through my novels that no matter how whacky, zany, shy or wounded you may be, you need to stop listening to that demon that sits in your head and start to pay attention to those around you who love you.

Embrace yourself, even your faults, and understand you have something to contribute and more, people want it, love it, crave it.

Further, baby can have back, an awesome rack and a Buddha belly and still find a wonderful man who makes her melt because she has all she has and is all she is. The media bombards us with images that we take in as desirable, our inner demon absorbs these and tells us that is what we should strive to be.

And it is impossible.

And I don’t like that. Because my inner demon tells me the same thing and I fight it all the time. And my work is one of the ways I do that.

My books won’t change the world, I know. But if they inject just a little bit of steel in your spine that lets you go forth into the world as you, only you, and expect what you should expect, that you are beautiful and worthwhile and people see that, my job is done.

Further, if you’ve read any of my books, you’ll know I feel that a healthy sex life with a compatible partner is crucial to a relationship. In this book, I explore this further.

Just as every woman should feel beautiful and worthwhile, she should feel desirable and explore her sexuality with a partner who makes this safe and protects her and their relationship along the way. This, too, is a theme in all my books but especially this one.

So I would like to thank these women who took my back. They know how much it meant to me but you should too. So Jenny Aspinall, Sali Benbow-Powers, Gitte Doherty, Shelley Egerton, Lori Francis and Nikki Griffiths, thank you, my Secret Project Action Team. You made this fun and
beautiful.
Love you, my girlies, straight to the bottom of my heart.

And lastly, to Chasity Jenkins-Patrick who was my first cheerleader in this project and who always takes my back, if you don’t know already, God shined his light on me when you hit send on those emails. Know it.

To everyone else, I give you
Knight
. I hope you love it as much as me and my girlies.

I was standing in the corner.

I didn’t want to be there, I hadn’t wanted to be there for a while and I was considering making a move not to be there anymore when he walked in.

He was tall. I had no idea how to describe how tall he was but the only word I could think of was “very”. Very tall. He was wearing a nice, tailored, black wool overcoat. With the lighting, all I could see was that he had on trousers, not their color or style, just that they weren’t jeans or cords. I could also see he had on nice shoes. Those could also be described as the “very” variety of nice. They were shiny and clearly expensive. Other than that, with his side to me, I couldn’t take anything else in.

And I really didn’t try.

I was fascinated by it all but my attention was taken by his face. His features, even mostly in profile, were striking. Not perfection but so intensely masculine I’d never seen anything like it. It was almost unreal.

But his hair surprised me. He had on an expensive overcoat, expensive shoes and he was here, at this party, in this lavish apartment in a way that I knew, unlike me, he belonged here. But his very dark, thick, slightly wavy hair needed a cut. It wasn’t long and unkempt, it was simply longish and unruly. Like he had better things to do than to get regular haircuts and those things weren’t clubbing, hanging with his crew and taking fastidious care of his body, clothing and all other parts of his physical being so that he could play and then nail every female who threw herself at him.

Then again, if he did that, he’d never come up for air.

His height, his clothes, his looks, his hair were not all that fascinated me.

He was angry. It was not only etched in the hard line of his strong jaw, his lips pressed together in unconcealed annoyance or his gaze sharp on the scene that lay before him.

It was physical. A swell of vibrating heat that filled the room.

I wasn’t the only one who noticed. With some effort, tearing my eyes away from him, I saw those closest to him had turned to look at him, some were even taking a few steps away to retreat.

I didn’t blame them. I was all the way across the room in the corner and I still felt it. But if I was close, I, too, would shift away.

It was terrifying. Utterly.

My eyes swept the space. The sunken living room and the elevated areas surrounding it were cluttered with bodies. There was a bottle of champagne that had overturned on the coffee table and it clearly had been at least half full considering the wet stain on the carpet and the puddle on the table. I knew two people had broken glasses, I heard them. One, some girl cleaned up. The other, the pieces had been kicked around and likely smushed into the kickass furry carpet or ground into the dark wood floors luckily not causing any injuries (yet). There were beer bottles, liquor bottles and glasses everywhere, even sitting on the floor or having rolled under tables. There were overfull ashtrays, ashes on the floor, even butts. The music wasn’t ear-splitting loud but considering it was after one in the morning, it was still too loud. The neighbors in this swank building definitely could hear it not to mention the noisy buzz of conversation and they probably wouldn’t like it.

I knew I wouldn’t and I didn’t.

And neither did Nick’s roommate.

My eyes went back to where he was standing and they did this hesitantly. Part of me wanted to see him again. I was a woman and he was the kind of man a woman would look at. Any woman. No matter what their tastes ran to. He just attracted female attention and any woman would want a second look. Part of me was scared to look mostly because he was pretty scary. This was because a man who could walk into a room wearing an overcoat, be there a moment and fill the room with a searing, angry vibe
was
pretty scary.

But when I looked back, he was gone.

And I took this as my cue to be gone.

I didn’t want to come anyway but Sandrine had her sights set on Nick for a while now. Viv and I had told her time and again he was a player and we knew this because we knew a number of girls he’d played. But Sandrine saw him as the golden goose. She spent a goodly amount of time on the hunt for the golden goose and the minute she laid eyes on the handsome Nick Sebring, she decided he was The One.

The minute I laid eyes on him, my stomach turned. He was good-looking, this was fact. He was also a jerk. This was impossible to miss. And he was something else, something I couldn’t put my finger on, something I didn’t like. Not at all.

But to Sandrine, he had it all. Flash, dash, beauty…

Yes, my friend was a gold digger.

Still, call me crazy, and I called myself that more than once over my years of knowing her, I loved her. She was a pain in the behind a lot of the time and I had to say her single-minded pursuit of The One, just as long as The One was gorgeous, built and loaded, kind of freaked me out sometimes, alarmed me others and flat out scared me on occasion. But at least she knew who she was and what she wanted.

And this, I thought, surveying the scene, was what she wanted. She wanted to reign as queen at exactly this kind of scene. Free-flowing booze and champagne. Well-dressed lackeys. Sumptuous apartments with sunken living rooms, state-of-the-art kitchens and wraparound balconies. And we’d put our coats in Nick’s bedroom so I’d had a quick look. Seriously, one look at Nick’s bedroom and even I nearly reconsidered his jerk status, it was that gorgeous.