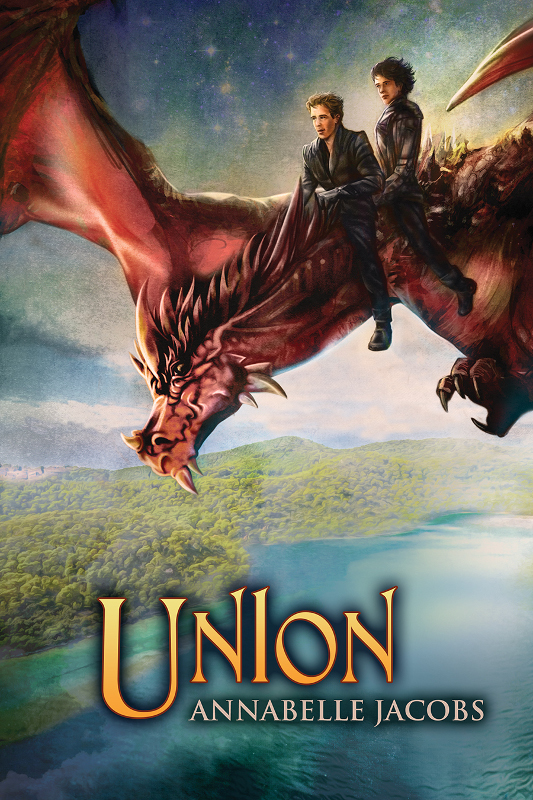 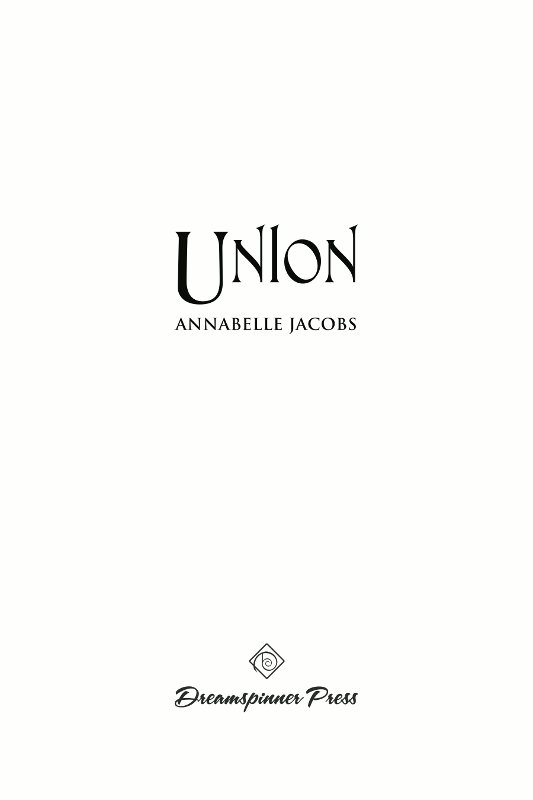 any person depicted on the cover is a model.

To my wonderful husband—I couldn’t do any of this
without your support. 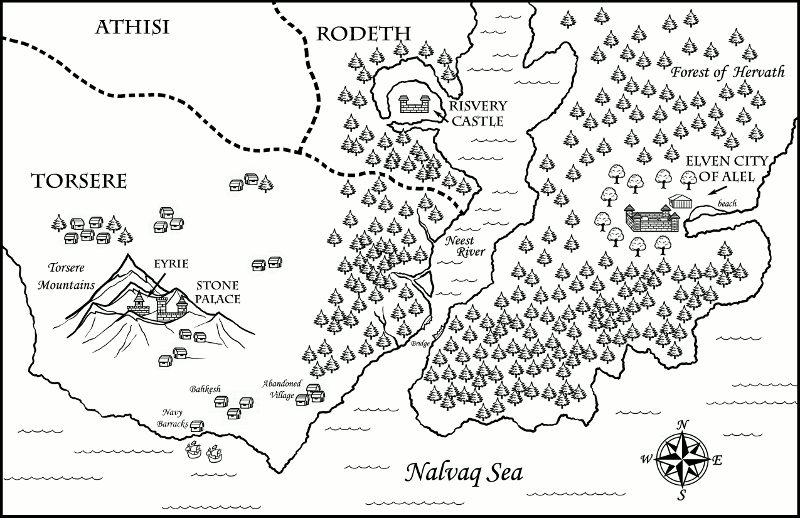 “W
ELL
, D
JILAK
?”
Nykin asked, his voice full of hope. Cooped up in his room for the past two weeks, Nykin was more than ready to get back to normal. Ryneq had made it perfectly clear Nykin could only return to the Eyrie when Djilak—the palace physician for as long as he could remember—agreed he was fit enough to do so.

Djilak removed the last of Nykin’s bandages and inspected the almost fully healed skin underneath. Nykin bit his lip, trying to hold in a huff of impatience as Djilak reached for Nykin’s wrists. He turned them both and ran a practiced thumb over the scars on each arm, humming to himself before releasing Nykin. “Your injuries are looking much better.”

Djilak gathered up the discarded bandages and stood to throw them all into the bin. “Provided you continue to take things easy, and by that I mean no riding for at least another week”—Nykin opened his mouth to protest, but the old man just raised an eyebrow in return, and Nykin wisely held his tongue—“then I’m happy for you to return to the Eyrie.”

“Thank you.” Nykin sighed in relief. Even if he couldn’t ride yet, he could still visit the Eyrie, and that meant Fimor, his bonded dragon. The thought had him smiling widely.

Djilak laughed softly and clasped Nykin’s shoulder. “I imagine you can’t wait to get out of this room.” He gave Nykin a reassuring squeeze. “Just be careful, though, Nykin. I don’t want to see you again anytime soon.”

Nykin promised not to overdo things and watched as Djilak gently pulled the door closed behind him when he left.

“Yes!” Nykin muttered under his breath. He could almost taste the cold mountain air of the landing caves, and the need to be up there with all the other riders swelled in his chest.

I
T
TOOK
Nykin longer than usual to get his rider’s uniform on. His muscles were stiff from lack of use, and his coordination was slightly off. The soft leather pants were a little looser now, but not too bad considering he hadn’t eaten much for those first few days. He slipped on the jacket, then fastened it at the front and walked over to the mirror. Three weeks had passed since he’d worn it last, and the familiar sight staring back at him made his breath catch. His blue eyes were clear and bright, and most of the tiredness had gone from his face now. His blond hair had only grown back a little, though, and it would be a long time before it was as long as the rest of the dragon riders wore theirs.

“I’d forgotten how good you look in that.”

“Gods!” Nykin startled, his eyes snapping up to meet Ryneq’s dark gaze in the mirror. He’d been so lost in his thoughts that he’d failed to hear the door opening.

Ryneq grinned as he walked close enough to slip his arms around Nykin’s waist, always careful to avoid his injured side. “Sorry, didn’t mean to scare you.” He fingered the edges of Nykin’s jacket and leaned in to kiss the side of Nykin’s neck. “Hmm… I’ve missed you these past few days. All these meetings are necessary, but I’d rather be here.”

“Yeah, me too.” Nykin sighed, closed his eyes, and relaxed back against Ryneq’s broad chest.

Things at the palace were unsettled. Decision making and planning kept both Ryneq and Cerylea busy for most days and nights. Nykin had hardly seen him, and when he had, it had only been for moments at a time. Nothing more had happened between them since the first time Ryneq had slipped into Nykin’s bed—what with Nykin still recovering in his own room, and Ryneq being busy—and Nykin was starting to feel like it never would again.

“I know I’ve been absent, but things are difficult at the moment.” Ryneq rested his forehead on Nykin’s shoulder, and Nykin felt him let out a deep breath. “We finally sent the rest of the prisoners back to Athisi today, so that’s one less thing to worry about.”

“You’ve let them all go?” Nykin asked in surprise. “Even the Rodethians from the forest?”

Ryneq released Nykin and moved away to sit on the edge of Nykin’s bed. “With Hatak dead and Seran still unaccounted for, they’re more trouble than they’re worth. Just a drain on our resources that we don’t need.” He scrubbed a hand over his eyes, looking exhausted.

Nykin walked over to stand in front of him and slid his hand into Ryneq’s thick, dark hair.

“Still no news on Seran?” Nykin rubbed his fingers back and forth, and Ryneq pushed further into his touch, humming in contentment.

“No, nothing. I don’t know how he managed to escape, but we’ve sent out scouts for the last two weeks, and there’s no sign of him anywhere.” Ryneq was silent for a moment as he let Nykin’s hand massage his worries away. “According to Eldin, most of the lowland army that attacked the palace were either killed or captured before the dragon riders left to meet with us. But Seran’s just vanished into thin air.”

Eldin was the lead dragon rider, and Nykin knew Ryneq trusted him completely. “I’m sure he’ll turn up eventually,” Nykin replied. “Surely he’ll want to meet the new leader of Athisi before long?”

“That’s what I’m afraid of.” Ryneq reached for Nykin and laid his head against Nykin’s belly, when he’d tugged him close enough.

It was the most contact they’d had in days, and it felt so good to be touching like this. Nykin smiled despite the gravity of their conversation.

“We don’t know who’ll replace Hatak as leader, or if Seran will try to merge the two lands,” Ryneq mumbled, and Nykin shuddered at the thought of Seran with all that power behind him. “The sooner we’re under the protection of the elves, the better.”

Nykin hummed his agreement. Princess Cerylea had postponed her marriage to the Elven Prince, Morkryn, while Torsere recovered from the attack by the lowland Armies. Nykin wasn’t sure they had chosen a new date yet, but he knew it needed to be soon to put all their minds at rest. Torsere was still vulnerable to attack from an army as large as the one Seran might still be able to amass. The dragon riders in Torsere’s ranks would hopefully tip the balance, but nothing was certain. Nykin hated to think how many soldiers would die fighting.

Before Nykin could inquire about the wedding, though, Ryneq abruptly stood and pulled Nykin in for a quick kiss. The move was unexpected, but Nykin didn’t hesitate to wrap his arms around Ryneq’s shoulders and draw it out for as long as possible. The thick stubble on Ryneq’s jaw rubbed at the corners of Nykin’s mouth and chin, prickling the skin there. Ryneq obviously hadn’t shaved for a few days, but Nykin ignored it, even though he’d be red and a little sore after. He relaxed into the feel of soft lips opening under his and Ryneq’s strong hands reaching up to cup his face.

Nykin moaned, his body now flush against Ryneq’s. He was already half-hard, with his cock nestled in the dip of Ryneq’s hip, and Nykin couldn’t resist shifting slightly to create a little friction.

Ryneq eventually broke the kiss and smiled at Nykin’s protests. “As much as I’d love to continue this”—he rolled his hips, and the hard line of his cock brushed against Nykin’s, making him hiss—“I have a council meeting I’m already late for.” Nykin huffed but reluctantly took a step back. Ryneq raised an eyebrow and gestured at Nykin’s uniform. “And if I’m not mistaken, you have somewhere to be too?”

“Yeah.” Nykin grinned as he suddenly remembered. “I’m going up to the Eyrie.”

Ryneq narrowed his eyes. “I thought Djilak said you couldn’t ride yet?”

Kansas Nights [Kansas Heat 2] (Siren Publishing Ménage Everlasting) by Jenny Penn
Defiant Unto Death by David Gilman
Chloe and Rafe by Moxie North
The Missing Madonna by Sister Carol Anne O’Marie
Hollywood Scandals by Gemma Halliday
The Masters of Bow Street by John Creasey
Within a Captain's Hold by Lisa A. Olech
Beautiful Beginning by Christina Lauren
The Blazing Star by Erin Hunter
After Ever After (9780545292788) by Sonnenblick, Jordan
Our partner