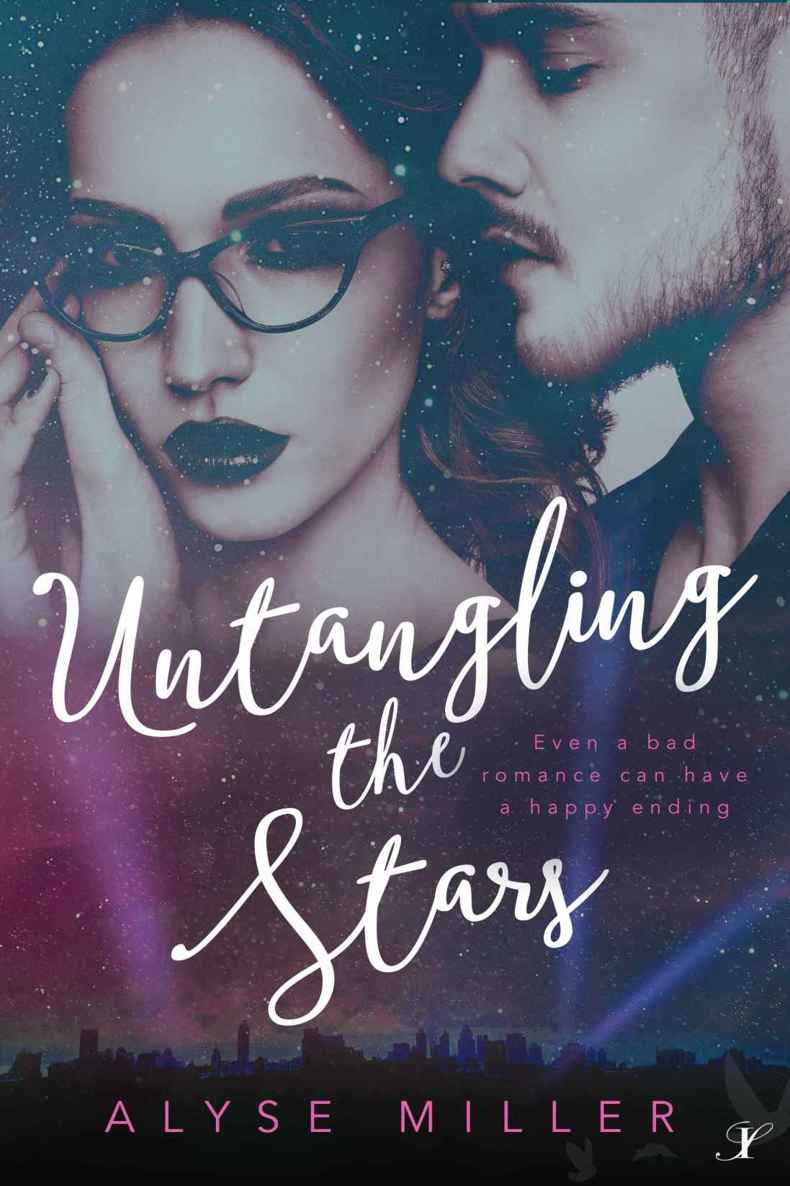 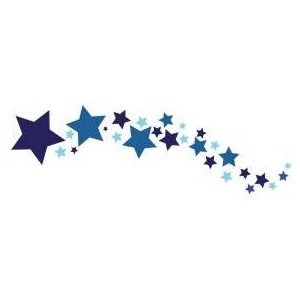 The characters and events in this book are fictitious. Any similarity to real persons, living or dead, places, or events is coincidental and not intended by the author.

If you purchase this book without a cover you should be aware that this book may have been stolen property and reported as “unsold and destroyed” to the publisher. In such case the author has not received any payment for this “stripped book.”

This book, or parts thereof, may not be reproduced in any form without permission. The copying, scanning, uploading, and distribution of this book via the internet or via any other means without the permission of the publisher is illegal and punishable by law. Please purchase only authorized electronic or print editions, and do not participate in or encourage piracy of copyrighted materials.  Your support of the author’s rights is appreciated

Dedicated in Loving Memory to

The door to Andie’s classroom sprung open. The sound should have startled her in the quiet of the empty lecture hall, but it didn’t. Students, faculty, parents—hell, once even the university mascot—were always poking their heads in her door between lecture hours with random questions or to ask her for directions around campus. Sometimes a head would pop in and out without saying anything at all, and that was fine, too. Most often, though, it was simply someone passing by and stopping in to say hi. Or, as it had happened on a handful of occasions, a student—and there were always one or two comedians every semester—would stop in to hand her an apple. Andie didn’t mind. As luck would have it, apples were her favorite fruit anyway, so the joke was really on them. Those comedians had been keeping her produce bowl stocked for
years
.

But, apples or not, those impromptu hellos were Andie’s favorite. In fact, they were one of the main reasons she preferred to sit in the risers instead of in her office to grade papers or organize her notes between class hours. She liked to be there, clearly visible, in case one of her students saw her from the doorway window and decided to pop in.

Andie loved the momentum between classes. It was the movement of life happening throughout the campus hallways, and she enjoyed it almost as much as she did speaking from her podium in the front of the room when classes were in session. In Andie’s mind, to learn was an adventure, assembling bits and pieces of information into new or extraordinary ways to discover something previously unknown. That never-ending quest for new knowledge and experiences was what had compelled her to turn to academics while most of her friends and peers had chosen more mainstream fields of creative work—entertainment, photography, graphic design, or whatever else struck their fancy. Her friends often teased her that, thanks to her very Bond-loving parents, she could have been some kind of superstar (or sexy double agent) with a name like Alessandra Foxglove, but show business was never in the cards for her. Hers was a quest for knowledge.

Well, on second thought, maybe that wasn’t totally true. Being a professor might not be so glamorous, but it was a type of performing too. It was also the other reason she sat in the risers facing the stage between classes. Lecturing to several dozen college kids at a time was kind of like putting on a show in itself. A form of engaging an audience and telling them a story in a way that made a meaningful, lasting impression. From her front row seat in the risers, Andie could mentally rehearse her performance. She could gage her movements, mannerisms, and the way she delivered lesson material with carefully scripted precision. Her books, desk, and even her laser pointer were all props, if she could find the right way to use them. Hell, even she was a prop. It helped that her research was mostly in television and entertainment media, too, and that she taught in creative writing and communication studies. It was like drama without the actual acting–the behind the scenes kind of stuff.

Putting it that way, maybe teaching
was
just another form of performance art. Of course, it would have to be the ugly stepchild of the industry—a Cinderella show at best. One would have to overlook the fact that long nights spent grading essays and combing through the latest and greatest of Dr. Monotone McGee’s research had a distinct lack of red carpet glamour. But, even dusty research excavations had their own special brand of adventure. You never knew what you might mine from the deepest recesses of your brain, or dig out from the treasure trove of historical documents. Wasn’t making archeology fun again the whole premise of the Indiana Jones franchise? Or maybe it was just her. Lord knows Andie had gotten her fair share of criticism for her “unconventional” teaching methods by some of the older, more traditional academics—those who preferred to preach learning like doctrine in tweed jackets and thick, smudged glasses. Those very un-Dr. Jones-ish types who thumbed their noses at learning as an adventure. Allowing students to dictate the scope of their own assignments or using unrelated and controversial materials to emphasize a point were methods largely frowned upon by many of her cohorts. What Andie thought was novel, others often denounced as heresy. It was a wonder she hadn’t been burned at the stake by now.

Either way, the results spoke for themselves. Andie had some of the highest attendance rates, test scores, and student engagement statistics in a campus of over 40,000 enrolled full-time students, so she must be doing something right. In the end, it was simple: Andie was as naturally born a teacher as one might have been naturally born a performer, or a scientist, or a salesman. Even Thoreau, one of her favorite authors, was famously quoted as asking, “If a man does not keep pace with his companions, perhaps it is because he hears a different drummer?” Little Richie said it better: “I don’t get down on nobody else for doing whatever else they do—to each his own.” Drumming, singing, teaching, whatever—to each his own, right? Damn right. The way she saw it, it took a village of professors to raise one student through education, and they each had their own role to play.

Either way, conventional or not, with its books and debates and an ever-diverse population of names and faces and ideas, the classroom was where Dr. Alessandra—Andie, to her friends—Foxglove was happiest, and by all accounts it seemed happy to have her there, too.

“Oh, hey.” The man’s gravelly voice slid through the door before he did, knocking Andie out of her reverie and back into the classroom. He ducked in quickly, twisting away from her to look back out the window like he was making sure no one had seen him enter. He shut the door softly behind him and gave a low sigh of relief. “Sorry. Didn’t see you,” he said dismissively to Andie’s reflection in the doorway window. “I’m just looking for a quiet place to lay low.”

Lay low?
Andie blinked back a small laugh. Had senile Dr. Preston taken his homework-hostility up a notch and started poaching the students? That wasn’t an impossible idea, but still, “laying low” was a new one. She looked at the stranger, who was still staring out the sliver of window on the heavy wooden door. From her limited view of his backside—which was admittedly a pretty nice one in her opinion—he looked simultaneously like every other guy and none in particular. The only thing she knew for sure was that he wasn’t one of her students nor was he any fellow professor she knew of. If there were an eligible prof with that kind of backside roaming the campus, she would have heard of him by now from her girlfriends in the administrative office if she hadn’t already spotted him herself. Cute guy gossip wasn’t just for the students. In fact, it seemed to worsen with age.

The stranger hiding in her classroom was tall, lean but broad-shouldered, and wearing ratty Chuck Taylors (original ones, not the cheesy knockoffs), dark wash denim jeans, and a distressed black leather jacket that fit like he wore it every day. His chestnut brown hair was disheveled and looked like he’d been sleeping on it. It fell unevenly over his ears and back into the collar of his jacket in one of those artfully ambivalent hairstyles that people spent hundreds of dollars on salons and products to perfect. But with his age-softened leather and torn sneakers, this unkempt stranger didn’t give off the smell of store bought hipster. He was a bit of a mess—a hot mess, judging by her view—but a mess nonetheless.

He turned to face her and Andie sucked in her breath. Even with his face half hidden behind completely unnecessary black sunglasses, she recognized the man in her classroom immediately. Hell, half the world could probably pick Guy Wilder—or rather, his infamous character, Silas Dove—out of a crowd. He was TV’s most notoriously scrumptious nocturnal lady-killer, with a pair of piercing steel blue eyes to match his piercing twin fangs. Ever since Stephanie Meyer’s
Twilight
trilogy had propelled paranormal romance back into the mainstream, the infiltration of preternatural sex symbols was a little overwhelming and a surge of books, television shows, and movies had popped up faster than she could keep track of. Over a decade later, the fad was still clinging to life (pun intended), and shows—whether of the vampire, werewolf, witch, zombie or whatever other undead variety—still made it to the top of Hollywood’s ranks, adding to the swell of the supernatural entertainment canon.

Andie could see the appeal, of course. Vampires were as classically romantic as they came, from Bram Stoker’s Dracula to Meyer’s Team Edward. Eternal youth, beauty, and seduction—what girl wouldn’t want that? Now, the Vampire Lestat de Lioncourt—Anne Rice’s iconic French antihero—
that
was a sexy vampire. Andie had found a copy of
Interview with the Vampire
in a flea market bookshop her freshman year of high school, and had read it until the pages fell completely off the spine. She’d remained a devoted supporter of Rice’s elegantly tragic characters ever since. The beautifully penned gothic fiction and the way it was brought to life on screen had been one of the catalysts behind her eventual turn to study it academically. She’d even published a paper on it somewhere—something about the normalizing of forbidden, otherworldly romances. Looking at Guy Wilder made it seem completely irrelevant. Neither Stoker’s Dracula nor Meyer’s Edward had anything on Rice’s Lestat, but mon Dieu! This guy put them both to shame.