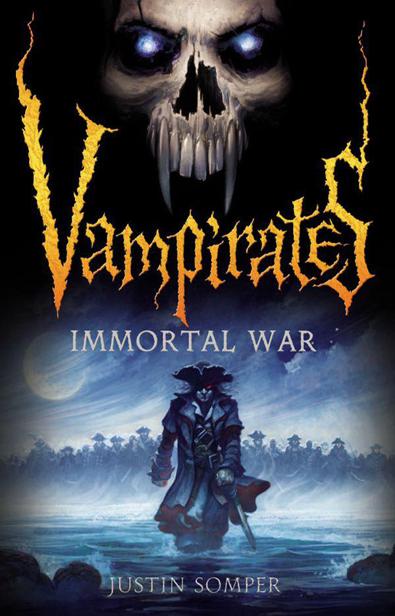 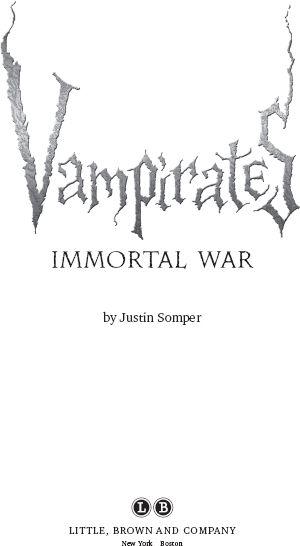 Thank you for making this such a memorable voyage.

No captain could ask for a more supportive crew
.

The Vampirate captain stepped into the room, dressed in his familiar garb of mask, gloves, and cape. He bowed to Mosh Zu, who acknowledged him politely.

The two of them turned toward the doorway, waiting for the others to arrive.

Now an identically dressed figure arrived at the threshold and strode over to greet them.

“Cardinal East,” Mosh Zu proclaimed, before he and the first captain bowed at the new arrival, who tilted his head reciprocally.

Mosh Zu’s assistant, Olivier, moved from the center of the room over to the doorway as a third, then fourth, figure arrived. They nodded perfunctorily at Olivier, then joined Mosh Zu and the others.

“Welcome, Cardinals South and West,” Mosh Zu said. “Now that all four of you are assembled, it is time for the ceremony to begin. Cardinals, please take your positions.”

At these words, the four captains moved to stand on the points of the mosaic compass on the floor—North, East, South, and West, in accordance with their title. Mosh Zu remained inside the circle. He was surrounded by the four Vampirate captains. They each raised their arms and joined their gloved hands, forming an unbroken circle. Their four capes began to billow. As they did so, they sparked with light, as if the joining of their hands had created a power surge. The light crackled for a moment, then diminished to a flicker. The capes continued to move but more gently now, like sails in the breeze.

“I shall not waste any time,” Mosh Zu said. “It is rare for you to come together, but I had to call you here tonight.” He paused. “A prophecy has been revealed to me, one I must share with you. If I have interpreted it correctly, this prophecy has the power to change everything.”

“What is the prophecy?” The captains spoke as one, their voices rolling over one another like soft waves, in a strange whisper.

“A time of war is coming to the oceans,” Mosh Zu announced.

“War?” answered the captains, their voices once more united in that strange, watery whisper. “War between us and the pirates?”

“No,” Mosh Zu said. “War within our own realm. Our
precious union will splinter and the greatest threat will come from within.”

“What is this threat?” asked the captains. “Give it a name!”

“I do not know its name,” Mosh Zu said. “But the chief warmonger belongs to one of your crews. Be alert to him or her.”

“When will this war commence?” the captains asked Mosh Zu.

“Soon?” There was a note of scorn in the captains’ whisper. “Soon is an unhelpful term for immortals like us.”

“Agreed,” Mosh Zu answered. “But it is time to make plans.”

“What more does your prophecy tell us?” asked the captains.

“Our hope rests with twin children, who have yet to be born.”

“What are their names?” inquired the captains.

“Their names are not yet clear to me,” Mosh Zu said. “But they are the children of this warmonger and their powers will be unprecedented. Their role in the future of our realm will be great, and, when war comes, they and they alone will have the power to deliver our victory.”

“We must find these twins, these children of the warmonger,” the captains said. “We must search for them across the oceans.”

“I repeat,” said Mosh Zu. “They have yet to be born.
When the time is right,
they
will seek
us
out. That will be the sign that war is imminent.”

There was silence for a moment; then the captains spoke once more. “Is this the end of your prophecy?”

“There is one more thing,” Mosh Zu said. “In order to bring about peace, one of the twins must enter the void. I saw darkness surround one twin, and auguries that signified death.”

“The death of mortals or our immortal death?” pressed the captains.

“I cannot be sure,” Mosh Zu said. “But my sense was that though the child will be born of a Vampirate and will therefore be immortal, he or she will have to journey to the realm of the mortal dead in order to achieve peace. That is as much as I could ascertain.”

“We thank you,” the captains said, their whisper more haunting than ever. “We will take our leave now and ponder these portents.”

At these words, their capes began to undulate more strongly and to spark with light once again. A mist began to circle around them. Soon it had completely surrounded them and it was no longer possible to discern their outlines.

As the mist receded, Mosh Zu found himself alone in the center of the mosaic compass.

The Four Cardinals had taken their leave. They would not meet again for a very long time. 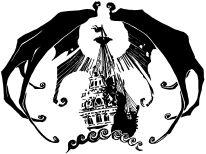 The ancient offices of Mizzen, Mainbrace, Windvane, and Splice, “lawyers to the pirate community, by appointment to the Pirate Federation, since 2015,” were at the top of a cliff and took the form of the upper three decks of a pirate galleon, which had been braced directly onto the rock itself. The impression was of a ship sailing—indeed flying—right off the peak into the bay far below. The main conference room of the famous maritime firm of solicitors had once been a pirate captain’s cabin and possessed floor-to-ceiling windows. Once these windows had looked out onto a seeming infinity of ocean; now they afforded a queasily vertiginous view down the cliffs.

It was before these windows that old Mr. Mizzen currently stood, his back turned—though with no intention of rudeness—to the other inhabitants of the room. Mr.
Mizzen’s still-keen aquamarine eyes traveled from the similarly colored waters of the bay below up to the ticking clock on the conference-room wall. There was reassurance to be found in the tick and the tock, but also a warning. Old Mr. Mizzen was under no illusion—the clock was always ticking. Whether fate decreed that one was gently eased out of this life by natural means or snatched from it in the cruelest terms possible—as Molucco Wrathe had been—it was advisable to make the necessary preparations for that final voyage.

A not entirely discreet cough sounded close by Mr. Mizzen’s right ear. A sudden arctic chill caused the profusion of white hairs protruding from said ear to stand on end. Turning away from the window, Mr. Mizzen saw that he had been joined by Trofie Wrathe. The glamorously intimidating deputy captain of
The Typhon
was dressed from head to toe in black. A lace veil—patterned with skulls—covered her face, while her legendary golden hand was, for the moment at least, encased in a long black glove, as was her other, regular, hand. It was not uncommon for visitors to wear black to attend these offices—but though de rigeur for funerals, it was not required for the reading of a will. Even through her veil, Trofie Wrathe’s penetrating stare caused Mr. Mizzen’s old eyes to smart a little. She raised an eyebrow inquisitively before asking in her distinctive accent, “
Must
we wait any longer?”

“I’m afraid we must, Madam Wrathe. It is a matter of some importance that we do not begin the reading of
your brother-in-law’s will until
all
the beneficiaries have arrived.”

“
Whom
exactly are we waiting for?” she asked. “Don’t they know that time is short? There’s a war on, in case you’d forgotten!”

Mr. Mizzen heard her words but chose, as he sometimes did, to feign deafness. Instead, he surveyed the others, who were also waiting in the room, with varying degrees of irritation, for the formalities to begin.

Weep Not Child by Ngũgĩ Wa Thiong'o
Rise of The Iron Eagle (The Iron Eagle Series Book 1) by Roy A. Teel Jr.
One Night with an Earl by Jennifer Haymore
Forensic Psychology For Dummies by Canter, David
Resurrection Day by Glenn Meade
The Family by Jeff Sharlet
Wise Men and Other Stories by Mike O'Mary
Los caracoles no saben que son caracoles by Nuria Roca
If You Can't Stand the Heat (Kit Tolliver #1) (The Kit Tolliver Stories) by Block, Lawrence
Badge of Evil by Bill Stanton
Our partner