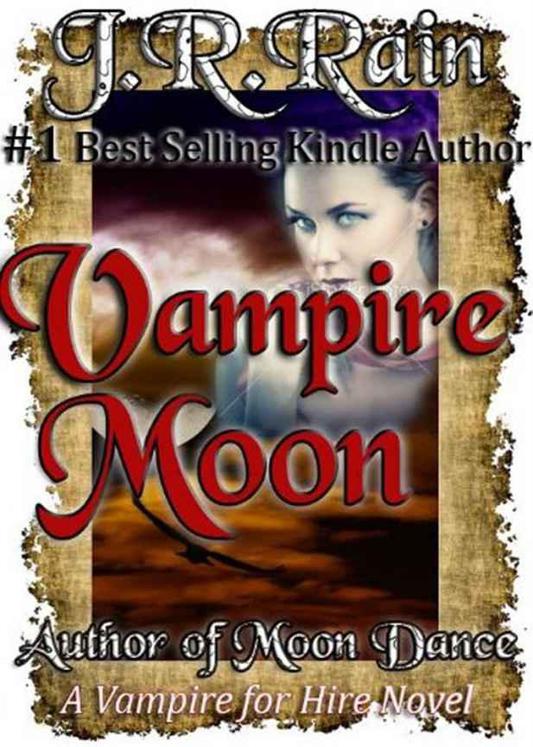 I was alone in my hotel room.

The thick curtains were tightly drawn, and I was watching Judge Judy publicly humiliate this loser slumlord when my cell phone vibrated. I absently rooted through a small mound of Kleenex’s on the nightstand until I found my cell. I glanced at the faceplate: unknown number. I briefly debated ignoring the call. After all, Judge Judy nearly had this jerk in tears—and I just love it when she reduces jerks to tears—but I figured this might be a job, and I needed the work. After all, this hotel room didn’t pay for itself.

“Is this the Moon Agency?” asked a male voice.

“Would be a hell of a coincidence otherwise.”

There was a long pause. On the other end of the line, I could hear the caller breathing deeply, probably through his open mouth. His voice had sounded nasally. If I had to guess, I would guess he had been crying.

“Are you, you know, a detective or something?”

He paused again. I sensed I was about to lose him, and I knew why. He had been expecting a man. Sadly, I was used to this sort of bias in this business. In reality, most women make better detectives. I waited.

“Good enough to know you have been crying,” I said. I looked at the balled up tissues next to my night stand. “And if I had to guess, I would say there’s about a half dozen used
Keenixes
next to you.”

“It’s why I get paid the big bucks. I have a list of references, if you want them.”

“Maybe,” he said. More wet breathing. I heard a rustling sound, wiping his nose, no doubt. “Look, I just need help. I don’t know who else to turn to.”

“What kind of help?”

“Better if we don’t talk about it over the phone.”

“Are you in Orange County?” I asked.

“I’ll meet you in an hour at The Block in Orange. The world’s third largest Starbucks is there.”

“Actually, I was using hyperbole. But it’s pretty damn big.”

He made another snorting sound over the phone and I could almost hear him grin. “Okay,” he said, “I’ll meet you at what may or may not be the world’s third largest Starbucks.”

Whoever he was, I liked him already. I told him to look for the dark-haired girl in the wide-brimmed sunhat.

“I like to look fashionable. My goal is to block out the sun for anyone standing within three feet of me.”

He laughed. I noticed his was a hollow laugh. Empty. There was a great sadness in him. And it had to do with someone he had lost. My sixth sense was getting stronger, true, but it didn’t take a psychic to figure this one out.

“Well, we all need goals,” he said. “I’ll look for the dark-haired girl in the wide-brimmed sunhat causing her own solar eclipse.”

This time I grinned. “Well, moons and eclipses do go hand-in-hand.”

He gave me his name, which was Stuart, and I verified his cell number should he fail to find the world’s third largest Starbucks and the giant sunhat shading half of Orange County.

We agreed on a time and hung up. I unmuted the TV just as Judge Judy finished publicly dismembering the slum lord. The verdict: he owed his ex-tenant her full deposit.

Yea, for the little people!

Except now I had been banned from picking the kids up at school.

The ban went into place two weeks ago. The monster in me was probably grateful to finally get to sleep in until sunset. But the mommy in me was heartbroken.

And the mommy in me won out in the end.

Prior to a few weeks ago, I used to have to set an alarm clock to wake up on time. An alarm clock turned to its loudest setting and placed as near to my ear as possible.

And that’s usually when I started crying. Not a great way to start your day—or night, in my case.

I wallowed in some more self-pity before finally forcing myself out of bed and into the bathroom. Once there, I proceeded to apply copious amounts of the strongest sunscreen on the market to my face and hands.

Once done, I grabbed my purse, keys and sunhat and headed for the door. And while I waited for the elevator, I wondered what my kids were up to. I checked the time on my cell phone. They would be home by now with Danny’s mom, who watched them every day. No doubt they were doing homework, or fighting over the TV, or fighting over the video games. Or just fighting. I sighed heavily. I even missed their fights.

I would call them tonight, as I did every night at 7 p.m., which was my nightly phone privilege with them. I would tell them I loved them and missed them. They would tell me the same thing. They would tell me about their day, and I would ask what they did during school, and about the time Anthony would launch into another long-winded tale, Danny, my ex-husband listening on the other end of the line, would jump in and tell me my ten minutes were up and to tell the kids to say goodbye. Once we said goodbye, Danny would abruptly hang the phone up for them.

And I wouldn’t hear from them for another 23 hours and 50 minutes. I used to have twenty minutes with them, and then fifteen. And now ten.

I was going to need more Kleenexes.

I was waiting for Stuart under a wide green awning, sitting as deep in the shade as possible, as the sun was mercifully beginning to set behind the shining dome of the nearby
cineplex
.

The Block in Orange is a hip and happening outdoor mall that seemed to appeal mostly to groups of fifteen-year-old girls who spent most of their time doubled over with laughter. Looking at the girls, I was reminded of my daughter. These days, she didn’t spend much time doubled over in laughter. These days, she seemed to be sinking deeper into a depression.

Nine years old is too young for a depression.

Suddenly depressed myself, I spotted a man coming around a corner, moving determinedly. He scanned the busy Starbucks crowd, spotted me, and then moved my way. Speaking of shiny domes, the man was completely bald and apparently proud of it. As he got closer, I noted his slacks and tee shirt were badly wrinkled. A thin film of sweat glistened off his head. He wore a cell phone clipped at his hip that looked like it was from the late nineties.

“What an amazing guess,” I said.

He looked at my hat.

He said, “Not as amazing as you might think. It’s hard to miss that thing.”

I usually avoid shaking hands. People tend to recoil when they touch my cold flesh. But Stuart held out his and I reluctantly shook it. Although he flinched slightly, he didn’t make an issue out of it, which I was grateful for. As we shook, I also got a strong psychic hit from him. Something bad had happened to him. No. Something bad had happened to someone close to him. And recently. I looked at his other hand. He was wearing a wedding band.

Impact by Stephen Greenleaf
Irish Alibi by Ralph McInerny
A Soldier's Story by Blair, Iona
Miracle at Speedy Motors by Smith, Alexander Mccall
The Prince of Midnight by Laura Kinsale
In the Bag by Jim Carrington
The Last Ship by William Brinkley
Donald A. Wollheim (ed) by The Hidden Planet
Hooked by Audra Cole, Bella Love-Wins
Lessons and Lovers by Portia Da Costa
Our partner