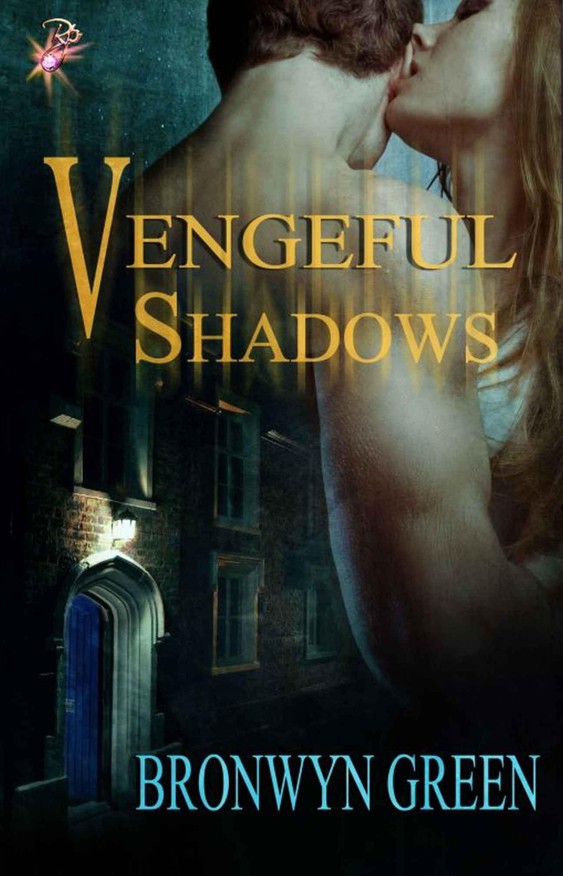 **Publisher’s Note** This is an extensively revised and updated version of a previously released manuscript,
Best Laid Plans.

Icy fingers of unease trailed down Tessa Maycroft’s spine as she read and reread the note. Her gaze strayed to the empty manila envelope lying on the desk. The sender had written her name in neat, block letters across the front. She glanced at the note again. No signature or any other identifying marks. Nothing but the precise lettering and the vast, empty whiteness of the page mocking her with its anonymity.

She sighed. It wasn’t as though she’d never received odd notes. As a volunteer at the Oakdale Women and Children’s Shelter, she received almost as many as the actual therapists. Occasionally, offenders or parents who’d lost custody of their children needed someone to blame or punish. The staff at the shelter were often recipients of their anger.

This one was different. It contained no overt threats, but her skin crawled anyway. Her fingers tightened on the paper. Who would have thought a garden-variety death threat would be preferable to this seemingly innocuous message?

“Secret admirer or freak mail?” Marybeth, one of the therapists, leaned against the office door.

“Yes,” Tessa answered, forcing a smile and willing her hands to relax. She shrugged. “You know, the typical social worker’s love note. No big deal.” Usually, the shelter employees and the police ignored anything that wasn’t a blatant threat. As much as the note discomfited her, it didn’t qualify as that.

“Neat,” Marybeth’s tone dripped with sarcasm. “Do you know who it’s from?”

Tessa shook her head. That’s what bothered her the most. She generally had an idea of who had sent her questionable correspondence. But not this time. She hadn’t worked with any offenders or parents for quite a while. For the last few years, she’d assisted the therapists by mentoring rape victims. She couldn’t imagine any of her clients sending a message like this.

“Well, don’t forget to fill out a report,” the other woman said as she headed into her own office.

Following protocol, Tessa documented the note’s arrival, filed it then tried to forget about it. She had too much work to worry about something that was probably a sick joke.

Flipping open her planner, she scanned it. September twenty-seventh. Only one appointment and a whole stack of reports to fill out before she had to work the afternoon shift at the library. She ought to be able to catch up on her book orders and still have plenty of time to get ready for her date.

She’d been looking forward to this art show all month, but she really didn’t want to deal with Greg tonight—or any other night, she admitted. Maybe, she should have gone with her instincts and invited her neighbor, Zander, instead.

She’d contemplated attending the gallery opening with him but scrapped it almost immediately. Though they were friends, there was a wealth of unspoken attraction between them. Attraction and awareness that would never be acted on. She couldn’t deny how her pulse quickened at the thought of him, but there was no way she’d get involved with him. He’d be too easy to fall for, and falling for him would inevitably mean dependence. She refused to lose control like that. Besides, she was the only woman he confided in. Ruining a perfectly good friendship for a relationship that would fail in the long run was stupid at best. Going to this particular art show with Zander, in fact indulging in anything that resembled a date, would be asking for trouble she didn’t need.

Her life would be so much simpler if she could actually manage more than polite interest in guys like Greg. He was a nice enough guy. Good looking. Safe. She sighed. Greg was just the latest entrant in the Dull and Boring Date Parade. The polar opposite of Zander.

Pushing the thought from her head, she listened to her voicemail and stifled a laugh. Greg had canceled.

I guess that settles that
.

Before she listened to the next message, a quiet knock sounded on her door. Her nine o’clock appointment had arrived.

Zander York shoved his hand through his hair in frustration. He couldn’t believe what he’d just heard. “You’re telling me that despite the fact I’ve gone above and beyond department requirements, I’ll be passed over for tenure because I don’t have a wife, two-point-five kids and a dog?” He glared at his boss, Monique. “I think that qualifies as discrimination.”

The head of Holbrook’s Psychology Department crossed her arms over her ample chest and held his stare. “You know we have an image to maintain.”

“And because of that, you expect me to produce an instant family?” His grip on his exam sheets tightened as he tried to control his anger.

Monique held up a well-manicured hand. “Hear me out, Alekzander.”

He tried not to grimace. Only his grandmother called him that. “Fine.” He glanced at his watch. “Talk fast. I’ve got an exam to give.”

She sighed and pushed her graying hair from her face. She seemed to have aged fifteen years in the last few minutes. “I don’t expect that you’re going to run right out and start a family. But after the Ruebens’ travesty and the nightmare with Dr. Jones, the board is of the opinion tenure should only be offered to stable individuals.”

“Just what? I don’t trade sex for grades. I don’t sleep with the dean’s wife and post photos on Facebook,” he bit out. “How am I unstable?”

The circumstances between Professor Jones and the dean’s wife had been ugly, but Zander figured they were both consenting adults. However, the situation with the bastard who’d offered good grades in return for sexual favors enraged him. Professors who took advantage of their students were the lowest life forms. And now, a couple lousy teachers who couldn’t keep it in their pants had jeopardized his chance at tenure.

He supposed he could get a job at another university, but he liked it here. He had friends here—friends he didn’t care to do without. He had Tessa. Well, not really. But he had as much of Tessa as he was likely to get.

She reminded him of the porcelain angels his grandmother collected, a classic combination of pale radiance and golden shimmer. Despite her clever, sarcastic wit, she had an aura of innocence about her. She wasn’t naïve. He’d never call her that. Even if she had been at one time, her volunteer work at the woman’s shelter would have driven it from her. Wholesome was a better description. After all, she was a librarian by profession. Definitely not the sort of woman he dated.

Oh, but he wanted to. He wanted her wet and writhing beneath him. He longed to feel the slick slide of her skin against his as she took him inside her. The need to have her wrapped around his cock clawed at him, but he pushed it aside.

As much as he’d like her in his bed, he couldn’t picture the angel next door wild and willing. He shook his head at the incongruous thought. Tessa had marriage and a mini-van written all over her, not loud-hot-wake-the-neighbors sex. However, the latter was all he looked for.

Monique cleared her throat, bringing him back to the situation at hand. “I know you don’t do things like that. You’re a good teacher—the best Forensic Psych prof this department has ever had.”

She lowered her considerable girth into her desk chair. “The problem is the sheer number of students who want to take classes from the ‘hot’ teacher.”

He snorted in disbelief. “That’s what this is about? Students get crushes on their teachers all the time.” He remembered his Abnormal Psych professor. Luscious legs and a sultry voice—academia’s version of Demi Moore. “I know I sure as hell did.”

“Dean Stapleton is very concerned about the department’s appearance.”

Dean Stapleton is looking for someone to punish
. “You can tell him not to worry. I have no desire to date his or anyone else’s wife or to coerce my students into bed.”

Monique steepled her hands. “Are you seeing anyone?”

He paused, confused by the abrupt change in topic. “What? What does that have to do with anything?”

She gave him a look of infinite patience, as if she could wait all day for his answer.

He didn’t have time to play cerebral chess with her. “No, I’m not. Why?”

“I was thinking…” She leaned forward conspiratorially. “If you were in a serious relationship...well, that might be enough to set his mind at ease.”

“Fine. Tell him I’m dating a wonderful woman, and I’m going to pop the question at Christmas. But tell him to keep his mouth shut. It’s a surprise.”

Monique smiled, her thin, red lips curving upward. “You realize you’ll have to prove it.” At his irritation, she added, “It’s easier than taking the school to court on discrimination charges.

Zander stifled a growl. “Will bringing her to faculty functions be proof enough?” His head began to throb. He hated university politics.

His boss looked so delighted he could have cheerfully strangled her.

“Do you have someone in mind?” she asked.

He nodded as he turned to leave. The trick would be convincing Tessa to go along with it.

Tessa finished making notes in her client’s file and placed it in the cabinet. Her morning appointment had gone well. The young woman had made a lot of progress, and Tessa was grateful for it. She remembered how daunting simple, day-to-day activities could be in the aftermath of an assault. Some days, getting out of bed had been too much for her.

The phone rang, startling her from her recollection. She picked it up. “Tessa speaking. Can I help you?”

“I have to do an interview about the showing, and I still need a couple prints delivered to the gallery.”

Tessa was proud of her friend. A successful photographer, Annie had published her first book of portraits, and tonight would be her second solo art show.

“Are they at your house?”

“No, I lent them to a professor at Holbrook University.”

“Lending your work? I’m guessing the professor is a ‘he’ and he’s really cute.”

Annie laughed. “Yeah, Aidan’s cute, but lending him the prints was a professional courtesy. He teaches a few art classes and a couple on crime scene photography.”

“And he needed these prints because…?”

“A lesson in lighting, I think.”

“Right.” It was more likely the good professor was interested in Annie and she was oblivious as usual.

“Anyway, Cat was supposed to pick them up from him today, but one of her clients needed an emergency session. Do you think you could grab them later and drop them off at Eastside Gallery?”

“Sure,” Tessa said. “Just give me directions.”

“You’re a lifesaver. I’ve got so much to do to get ready for tonight.”

“Don’t worry about it. It won’t take that long.”

“Are you bringing Greg?” Annie asked.