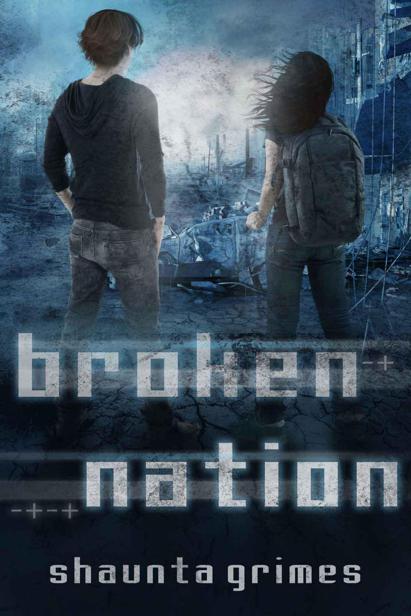 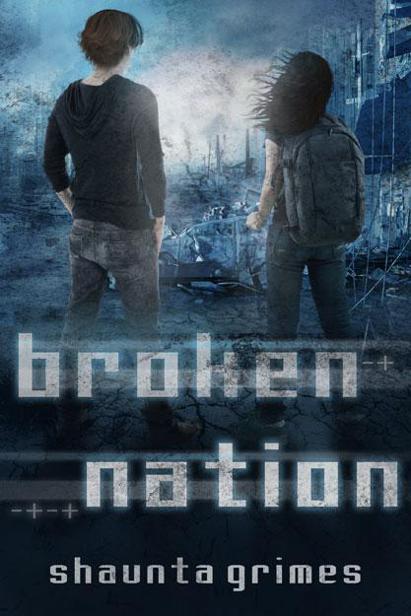 First came the Second Civil War, when the U.S. government tried to deport tens of thousands of Mexican farmworkers all at once. Then came the airborne Virus that ended the war—and the lives of almost everyone. Now America is a weak and struggling shadow of its former self: where there were once fifty states there are now just fifty cities; where resources were once plentiful they are now scarce and doled out in rations; and where democracy once flourished there is now only the Company, the sole remaining power—because they control the drug that keeps the Virus at bay. 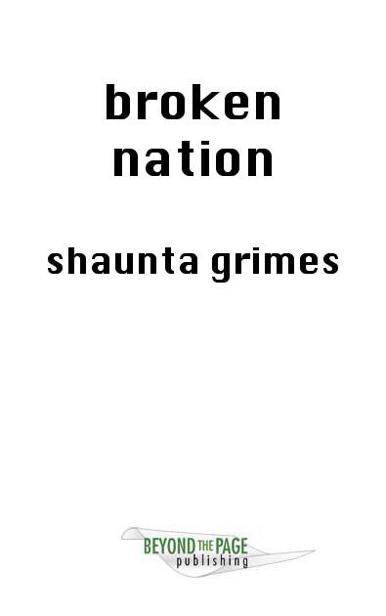 Every time I close my eyes, I dream about the time before everyone I loved was dead.

No matter how hard I try, I can’t keep my eyes open. Over and over, I’m taken back to when my worst problems were in calculus and the Civil War was something that happened in my AP American History book. They have me so doped up that I drop in and out of sleep like falling off a cliff and then being yanked back up by a bungee cord when I need more of whatever they pump into my veins.

It’s not the dreams that are bad. It’s the waking up. There is just enough time, before the pain hits, for me to situate myself back into reality. And then I’m grateful for the pain because it’s so intense I can’t think of much else.

They took my right leg at the middle of my thigh. None of the people who take care of me look healthy enough to be out of bed themselves, but here they are, slipping in and out of my line of sight as I lay flat on my back under thick, heavy layers of misery and narcotics.

It occurs to me, in a rare moment of clarity, how important it must be to them to keep me alive. There can’t be many patients left in the hospital. There aren’t very many people left at all.

Before my surgery, there was a shot of something that burned like acid through my veins. That’s impossible to forget because a new injection comes every day.

And I remember Alex kissing my feverish forehead and telling me that it was over, just before they wheeled me away from him. Then things get fuzzy, because all that matters for a while is that my leg is gone. The idea that it is detached from my body, but still somewhere—in some containment unit, waiting for disposal or rotting in a biohazard bag in a landfill—makes it hard for me to think about anything else.

It was a week of those horrible shots cutting through the painkillers they give me for my leg before I finally start to spend less time dreaming about the time before. By then, I know the shots cure the Virus. They keep it from coming back.

I also know that the Virus put a quick end to the Second Civil War. The war in the Midwest that my mother went to Kansas to try to stop. That war started when the United States government tried to deport tens of thousands of illegal Mexican farmworkers all at once.

I’m not afraid of war, though. It’s the things that aren’t true anymore that are almost more than I can stand. When those things overwhelm me, I tick off the things I know for sure.

I know my mother is dead. She was one of the first victims of the virus that took my leg.

I know that the government put Mexican Americans in camps around the country. To keep them safe, they said. I know that I was taken to one after my mother died, when someone figured out that my father was half Mexican and that my only living relative, his aunt, was already there.

I know that I was lucky to escape with everything but my leg.

I know that I am Leanne Wood, orphan, one-legged, but not alone. Because I know that Alex Santiago will come back for me, if I can’t get to him.

“I need to go to Denver,” I say to the nurse who comes in to check my bandages. “I need a transfer to the hospital there or something.”

The nurse looks at me, her hands still smoothing clean wrappings over the place where my leg used to be. I can’t watch, so I focus on her face. She looks so tired. She isn’t very much older than I am, and it occurs to me that this wouldn’t have been her job before. She has an odd way of looking into the middle distance that makes her seem haunted.

“No one can leave the city,” she says. “The migration is over.”

“Migration?” I have an opiate-fueled image of people moving across the plains like buffalo.

“Everyone left in Nevada is here, in Reno. No one in, no one out, now.”

“But I have to get to Denver.” I say it like maybe if I say it a little slower, she’ll get it, even though it’s me who is slow to understand.

“I think I heard that Denver is Colorado’s city, but you can’t go there. Not now, even if you were allowed. You aren’t well enough yet.”

My heart sinks into my stomach. “But I have to.”

“I’m sorry.” Something about the dullness of her voice stops me from arguing more. She’s right, anyway. Claustrophobia washes over me. I’m trapped in this bed, in this hospital, in this city. I turn my face as tears sting my eyes, and push the button that gives me my drug and sends me back into my dreams of before.

Alex will come back for me. It will take more than a couple of weeks for me to believe otherwise. And if he doesn’t come back for me, I will find a way to get to him and the others.

I don’t have anyone else. The people I want desperately to be with are practically strangers. I only met them in the weeks that I was in the camp, but the world has been upended enough that those who are left have to rearrange themselves into makeshift families if they are going to survive.

I have to believe that my friends are safe. That they have survived, even Tomas and Maggie, who were as sick as I was. It hits me suddenly, all at once, as I’m remembering Maggie’s poor face and the way the Virus ate at her smooth skin, that they are probably here somewhere, in this hospital.

When the nurse comes in, the same nurse who told me that no one could come in or out of Reno, I ask her name. She has the syringe, with its thick needle and icy blue medicine, for my daily shot and she looks at me like maybe I’m trying to distract her from using it. She’s been taking care of me for weeks, and I’m suddenly embarrassed that I don’t already know who she is.

I turn on my good side, just enough to expose my hip, and the pain of the movement steals my breath so that I hiccup before I ask again, “What’s your name?”

“Angelica.” She cleans my skin with alcohol. The needle is as thick as a juice-box straw, and the pain of the medicine, she’s called it a suppressant, sears down to join the pain of my surgery site.

“Jesus,” I whisper, my left hand convulsing against the mattress as I try to contain the pain. She rubs the injection site, to make the medicine move through more quickly. I close my eyes, my brain desperately trying to segregate my right side from the waist down, as if it could cordon off all the pain and leave the rest of my body in peace. “How many more of those shots do I need?”

“Forever. That’s what they’re saying, anyway. Makes you feel any better, we all get it.”

The pain is easing. I can’t think about forever right now. “Angelica, I think I might have someone here, in the hospital.”

I start to say that I think I have friends here, but I hesitate. She might not care about helping me find my friends. I say instead, “My cousins. I think they were brought here when I was.”

Her focus shifts from her usual middle distance to my face. “What are their names?”

For a second, I can’t remember their last name and panic settles in my belly, constricting my lungs. And then the information is there. “Tomas and Maggie Montoya.”

Angelica makes a note on her clipboard, takes the silver tray of syringes, and leaves me alone with my claustrophobia, stuck in my bed instead of walking the halls looking for my friends.

When the door to my room opens an hour later, I expect lunch. That’s the routine here. Torture shot, and then soup and Jell-O. A virus might have whipped through the world and changed most everything, but there is still green Jell-O.

Instead, I see Maggie. She stares at me from the doorway like she isn’t quite sure she can trust what she sees. I have to look past the ruin of her face to see my friend, but once I do, I only see her and I open my arms.

Maggie is ten. She’s tiny and soft and the most beautiful thing I think I’ve ever seen. She doesn’t say a word until she has climbed into my bed, on my left side so she doesn’t hurt my leg, and curled against me. I pet her like a kitten.

“I thought you were dead,” she says. “I thought everyone was dead.”

My heart sinks. Tomas is gone then. He wouldn’t let her out of his sight if he was alive. “I’m sorry.” I brush my hand through her long, thick, dark hair, pulling a few strands off the bandage that covers her cheek. “I’m so sorry.”

She cries until she can’t cry anymore, her compact body shaking against me. Her sobs are quiet and internal, so they don’t attract Angelica or anyone else who might try to take her away from me. I feel guilty for not crying with her, but holding her, having her suddenly there, feels so good. Better than the pain hurts, deeper than the grief digs. For the first time in what feels like forever, for a few minutes I am truly happy.